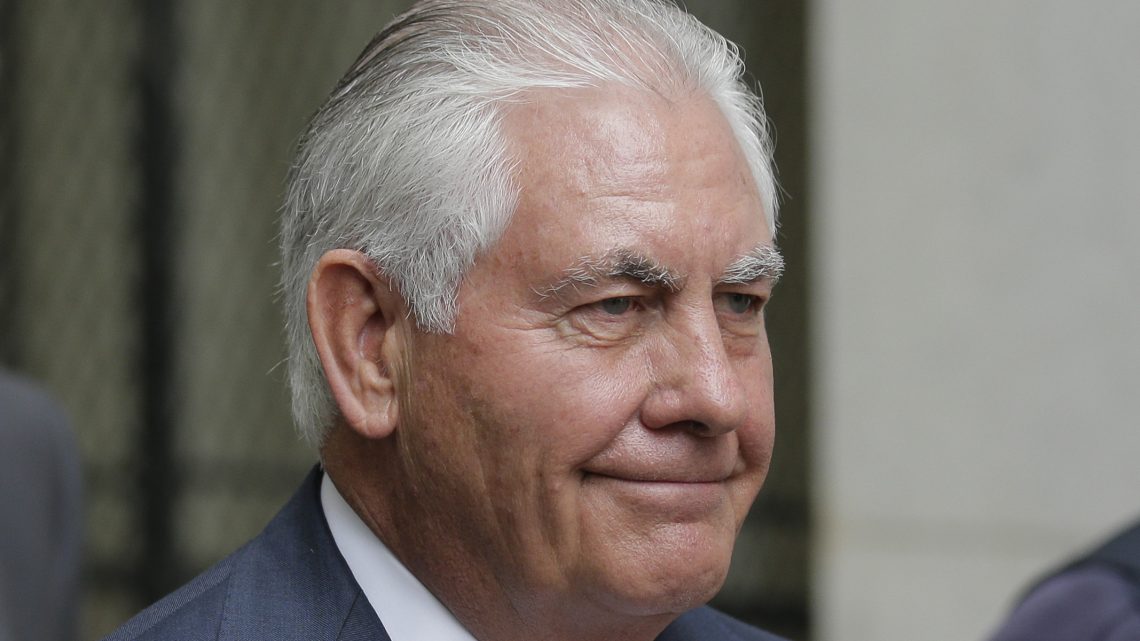 Tillerson used that name to email his underlings about climate change when he served as CEO of Exxon from 2006 until the end of 2016. But instead of asking him about that correspondance, prosecutors grilled President Trump’s former Secretary of State on whether Exxon defrauded investors by using different calculations to account for the cost of future climate change regulations.

That’s the crux of New York’s case: The state claims Exxon kept one set of public numbers to account for the future costs of greenhouse gas regulations, and another, much lower set, to make business decisions.

“Did you have your head in the sand?” defense attorney Theodore Wells asked.

During his time at Exxon, Tillerson semi-officially went by “Wayne Tracker” — “Wayne” is Tillerson’s middle name, but there’s no word on why he used “Tracker” — and he admitted to using the email address, wayne.tracker@exxonmobil.com, for much of his official business.

Tillerson left the email account that used his actual name, rex.w.tillerson@exxonmobil.com, for his assistant to sort through. He just got too many emails on that account, he said.

But when New York subpoenaed his emails, the company had deleted them in what it said was a routine sweep.

New York was widely expected to argue that, because the email account contained information relevant to the investigation, Exxon shouldn’t have deleted them. The prosecution focused on proving that Exxon lied to investors about the different sets of numbers.

New York prosecutor Kim Berger put internal emails on the screen in the courtroom as evidence in which Exxon execs said they knew Tillerson preferred the lower estimates for climate change regulation costs, which made new oil and gas investments look more profitable.

“Well it’s kind of a matter of math,” Tillserson, who insists he made a good-faith effort to accurately account for costs, said on the witness stand. “If you set a high number it’ll help some investments, it’ll hurt others.”

Wells also asked Tillerson how he felt about being accused of fraud by the state of New York.

“I feel badly for the men and women at the ExxonMobil corporation, the ones who work hard to put all of this together to inform the management, because they’re being accused of fraud as well,” Tillerson.