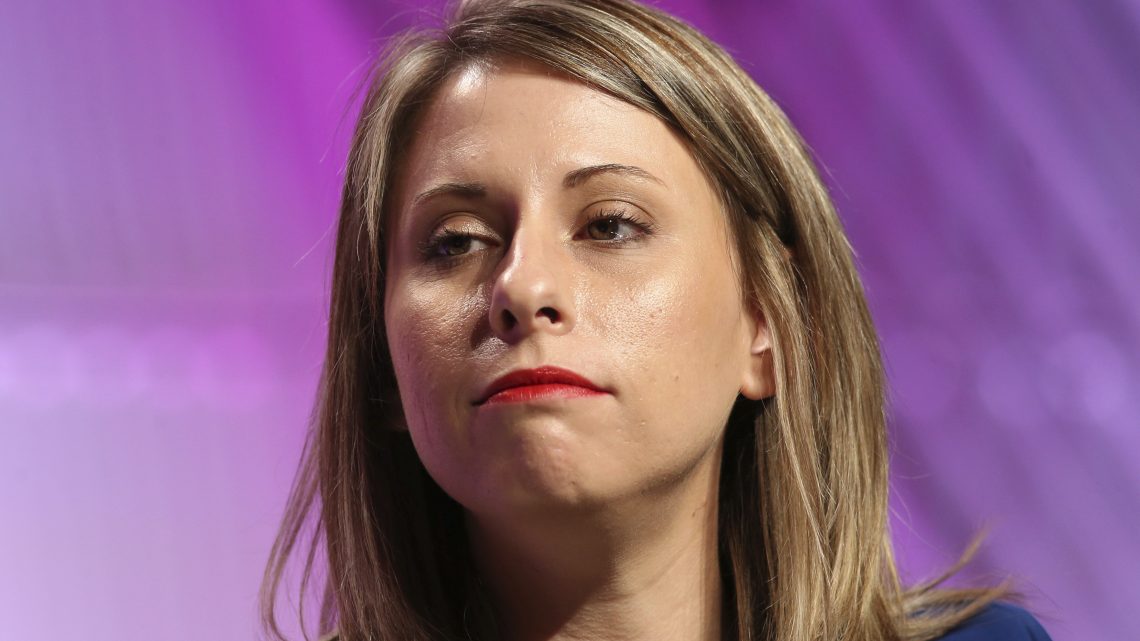 With every passing day, the race to fill the Congressional seat left vacant by Rep. Katie Hill becomes more of a circus.

And California Gov. Gavin Newsom hasn’t even set an election date yet.

Only three days after a revenge-porn scandal drove the freshman Democratic Congresswoman from office, over half a dozen people from the two major parties have already registered their bid to replace her.

That includes a wild-card last-minute addition to the crowd, official as of Tuesday evening: George Papadopoulos, the former aide to President Trump, who served two weeks in federal prison for making false statements to the FBI during its investigation of the Trump campaign’s relationship with Russian leaders.

Democrats will have to fight hard to keep control of California’s 25th district, which is situated north of Los Angeles and, until Hill came along, had been represented by Republicans since the early ’90s. Thanks to immense organizing power, a burgeoning Hispanic voter population, and a hell of a lot of money — over $7 million — 32-year-old Hill won the district in last fall's midterms by over 4,000 votes.

But keeping the district blue isn’t a certainty, in no small part because of the circumstances surrounding the special election.

On October 18, a conservative blog published nude photos of Hill, along with allegations that she’d had a sexual relationship with a female campaign aide and a male legislative staffer. (Hill admitted the first allegation is true but denies the second.) She has maintained that “GOP operatives” worked in concert with her estranged husband to leak the intimate photos and oust her from office.

What did George know?

And onlookers are suggesting that Papadopoulos' actions prove Hill's claim: A full day before the blog published those photos, he tweeted, “California’s 25th congressional district looks like it’s for the taking.”

A political journalist for Playboy has since reported that the right wing, including the California-based conservative radio host Jim Messina and the National Republican Campaign Committee, knew about the photos before they ran. And just after Hill announced last Sunday that she would resign, the conservative blogger who first published the nude photos of Hill urged her Twitter followers to “help us flip [Hill’s] former CA-25 seat BACK to RED.”

Papadopoulos, who’s running as a Republican, urged supporters on his campaign website to “Help fight back against Democrat corruption by joining George’s campaign today!”

His campaign manager did not respond to VICE News’ requests for comment about his knowledge of the photos.

“We’ve seen from the revolving door of people who go in and out of the Trump administration ... that people are more than happy to elevate their own brand and get in front of a microphone whenever and however they can,” said Christy Smith, the Democratic California aAssemblywoman who’s running to replace Hill, told VICE News of Papadopoulos.

“It’s not surprising that he would pick a district nowhere near affiliated where he lives, where there’s an opening, ” she added, “and try to make a name for himself,” she added. “And probably raise some money.”

All of these candidates are running with no end date in sight: Gov. Newsom, a Democrat, has two weeks to call a date for the special election, but that clock doesn’t start ticking until Hill officially vacates her seat.

Smith, whose campaign says she raised $100,000 in the day after announcing her bid for Congress, won her seat in the lower house of California’s legislative branch only last year. But she’s already scooped up a pile of endorsements from unions and Democratic lawmakers across Southern California, including the majority of the state party’s delegates.

Complicating matters, Smith is also a friend of Hill’s — and on Monday, less than 24 hours after Hill resigned, Smith was the first Democrat to announce she would run to replace her. But she tells VICE News that she didn’t initially plan on running, saying only that she “was in contact with [Hill] as a friend” to make sure she was OKokay in the days following the publication of her nude photos.

In a district where Hill cruised to victory in part because of her working-class background and local ties, Smith is banking on that history to help edge out Republicans. She spent 10 years working as a school board member in the Santa Clarita Valley.

Also like Hill, Smith has embraced the ideology behind a number of progressive legislative efforts — like Medicare for All and the Green New Deal — without quite committing to cosponsoring either of those bills in Congress.

Smith tells VICE News she supports a public healthcare option and will “refine” her position on healthcare in the coming weeks, but will largely look to the eventual Democratic nominee for president to define their vision first.

“I’ve really made an effort to reach out across the aisle,” Smith said. “We do still have a truly and uniquely purple district.”