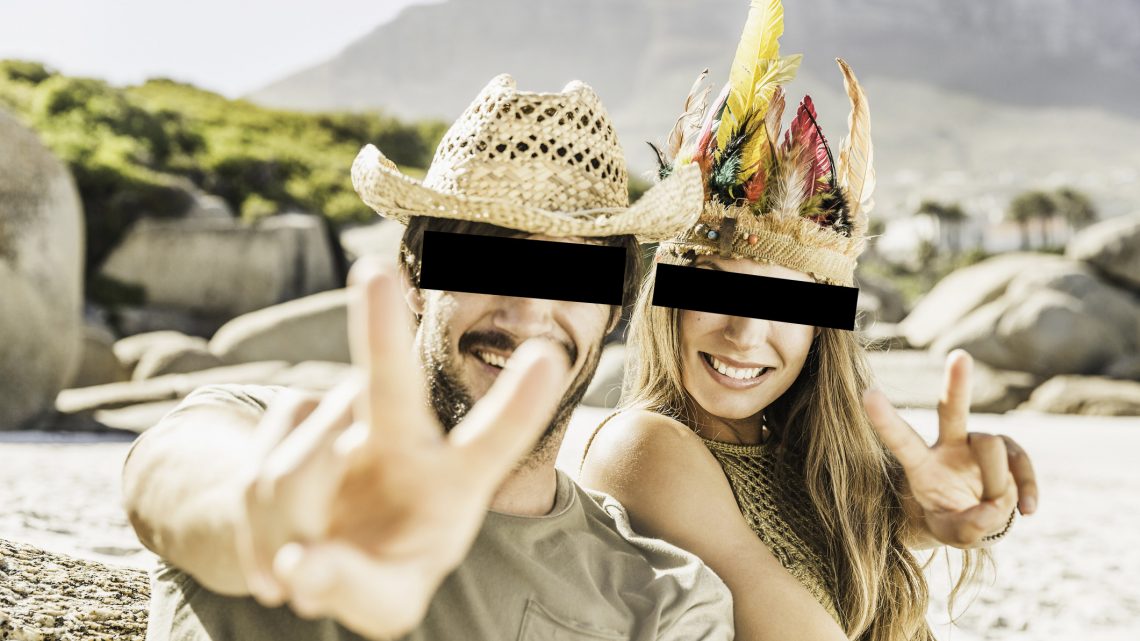 There are certain kinds of people who don't understand that just because it's Halloween doesn't mean that the rules are off when it comes to being disrespectful toward other cultures or ethnicities, dressing in an off-color costume, or just being blatantly racist. Sure, there's nothing stopping you from stepping outside the house in your thoroughly cringy getup, but don't expect the response to be warm and welcoming.

Two of those people walked into Shari's restaurant in Lewiston, Idaho, late Saturday night, and then posted indignantly on social media after they were asked to leave. According to KLEW, a man and a woman, both wearing stereotypical Native American costumes and both visibly intoxicated, started causing problems shortly after they took their seats.

"Well, we tried to have breakfast after a fabulous Halloween party with friends and we were kicked out for our Native American costumes," the woman wrote in a now-deleted Facebook post. "Wow!! All I can say is WOW! Never stepping foot in Shari's. NEVER EVER!"

But Lisa Amore, a spokesperson for Shari's, said that the costumes were only part of the problem. "At one point, they started making war cries in a certain part of the restaurant and becoming disruptive,” she said. “And in fact, at that time also, there were a number of customers in the restaurant who were also Native American."

Amore said that the couple was asked to bring their volume levels down and they responded by "making offensive comments" toward a cook and members of the waitstaff, both of whom were Native American. She said that the couple were ultimately asked to leave because of both how they were behaving and what they were saying to others in the restaurant.

The Spokesman-Review reports that Shari's is located less than 10 miles from the Nez Perce Indian Reservation, which is one of the largest reservations in the state. "Native American regalia is cultural, sacred attire that Native Americans wear for ceremonies and cultural practices; it is not a costume," Kayeloni Scott, a spokesperson for the reservation, said in a statement. "As Native Americans, we place high value on these pieces, and believe they should never be discounted as something for dress up."

Since the incident occurred, several dozen positive reviews have been posted on the Lewiston Shari's Facebook page. "They kick people out that deserve it," one supporter wrote. "I want to thank this establishment for standing up against the appropriation of indigenous people in this country," another wrote. "The native community supports this establishment and says thank you to the staff and management."

Amore also stands by the way the restaurant dealt with the couple. "Everyone is very, very proud of the way in which our staff handled the situation,” she said.

There's only one more day until Halloween, which means that you still have one more day to ask yourself some real questions about your costume.