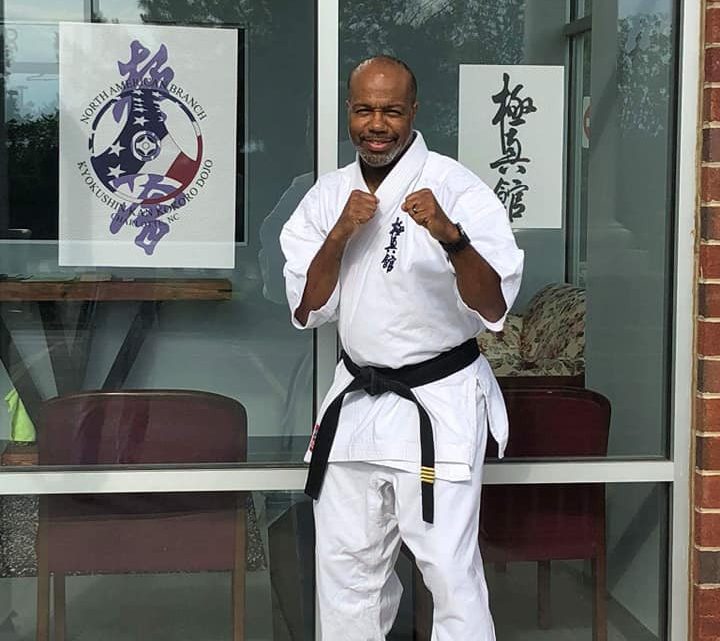 An alleged kidnapper in North Carolina found himself face-to-face with the fists of justice Thursday night after he chased a woman down the street—and straight into a karate studio, CNN reports.

According to the cops, 47-year-old August Williams tried to drag his victim into a car around 9 PM, but she was able to break free, running into the nearby Bushiken Karate Charlotte Dojo, which had just finished up a children's karate class.

"There were still some kids in the dojo being picked up by parents and a couple of adult students cleaning up when a young lady came through our doors and stated that someone was trying to harm her," the dojo's instructor, Randall Ephraim, told CNN.

Instead of fleeing or, you know, not trying to kidnap anyone in the first place, the dumbass burst into the karate studio and stormed right up to Ephraim, he said. Williams allegedly told Ephraim that he wanted to see the woman, and when Ephraim refused, the guy apparently started getting violent.

"He then tried to force himself further into the dojo, aggressively pushing and swinging," Ephraim told CNN. "I then went into action defending myself and got him out of the dojo. Once outside he attempted to attack again and was dealt with accordingly."

It's unclear what, exactly, Ephraim means by "dealt with accordingly," but it apparently involved a swift and serious ass-kicking. The kidnapping suspect reportedly kept trying to unsuccessfully fight back, but the guy was no match for Ephraim—and police had to wheel him off to the hospital on a stretcher once they responded to the scene. The cops later told local ABC affiliate WSOCTV that Williams was on drugs at the time and has a history of drug- and assault-related arrests.

Though the cops haven't officially announced any officially, Williams will now presumably face charges for the attempted kidnapping, if and when he recovers from his supreme beatdown at the hands of a goddamn blackbelt.

Terence Nance Is Conquering Hollywood with the Power of His People