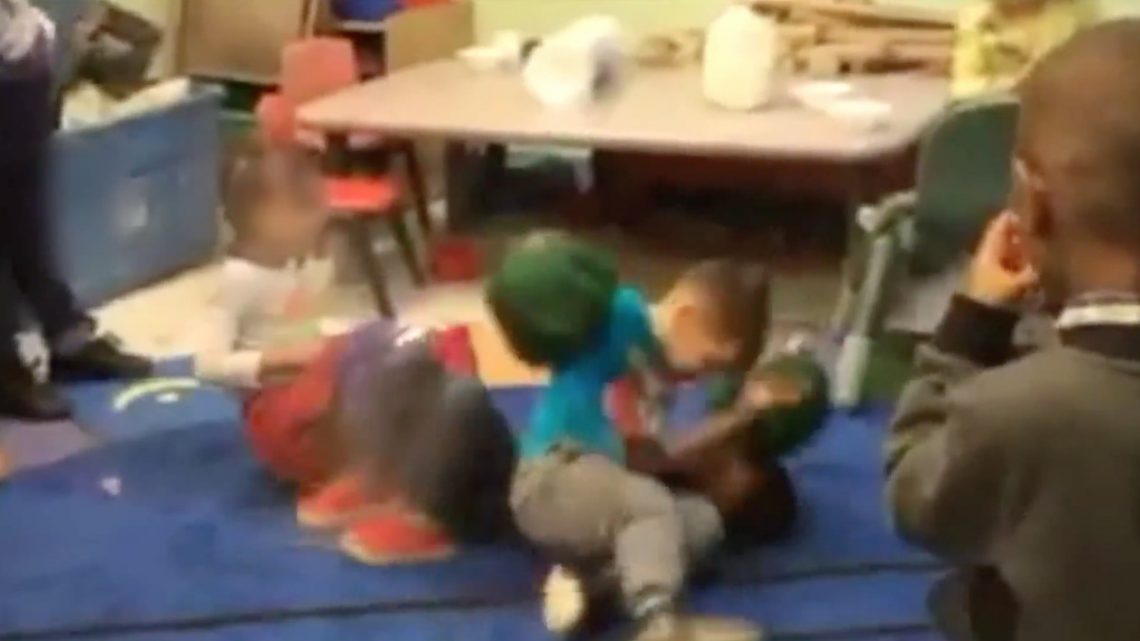 The Adventure Learning Center, a preschool and daycare in St. Louis, brands itself as a place where "every child has the right to a safe, nurturing environment where they feel secure and comfortable." But according to local Fox affiliate KTVI, that whole "safe" and "secure" thing went right out the window when two teachers turned their classroom into a fight club, pitting kids against each other in a series of head-to-head boxing matches.

This all went down back in 2016, when a video recording revealed a foam mat on a classroom floor, with kids forming a circle around it and squaring up in the center, two at a time. Combatants wore oversized foam Hulk gloves and started wailing on each other while the teachers cheered them on from the sidelines—an episode caught on camera by one of the student's older brothers, who happened to be in a classroom next door at the time.

In since-released footage, you can see one of the teachers jump up and down, like some kind of weird, fucked-up corner man at an MMA match, while the other sets up two tiny fighters with a glove apiece. Then one of the students starts pummeling his classmate, continuing to punch him in the head even after he's hit the ground. According to KTVI, that was just one of several brawls: Cameras at the daycare captured more than 30 minutes worth of fights, which eventually came to an end after the kid who recorded one texted footage to his mom, Nicole Merseal.

"When I got the video, I was just in complete shock," she told ABC News. "I immediately left work. I also called the day care immediately and told them to go stop the fighting."

The center's director broke up the fighting and fired the two wannabe Tyler Durdens who had put it together. But Merseal said that didn't make up for the fact that her four-year-old son had gotten "beaten up by his best friends" at school, an incident that left him in tears. She soon filed suit against the place for $25,000 in damages, according to ABC News.

Merseal wound up enrolling her kid in a new daycare, which, you know, seems like the right move. The cops never pressed charges against the two teachers behind the fight club, and the Adventure Learning Center was said to remain up and running after being forced by local authorities to clean up its act last year. (The fired teachers and current administrators at the facility declined to comment to KTVI.)

“I want them to be held accountable," Merseal said. "And I don't want this to happen to any other child."

These Candidates Want to Eliminate Your Student Loan Debt