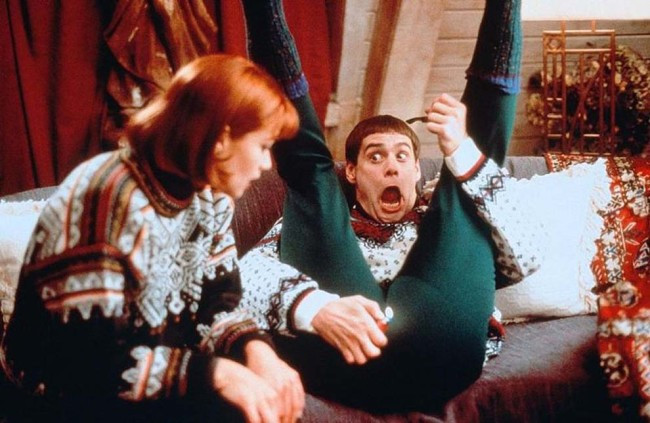 All of us, except that weird and rare subset of humanity who love to rip them publicly, has held in a fart for an uncomfortable amount of time—hell, some of you are probably holding one in right now.

Whether it be because you’re on a date, you’re in front of “polite” company, running some errands, at the gym, or you’re at work and don’t want to get up before you file a story, we’ve all felt that bloating, sometimes painful, discomfort. The feeling sucks, it’s embarrassing, and it will last until you uh… take care of it. But is it unhealthy?

Well, most of us don’t really know.

This is something Clare Collins, a professor of nutrition and dietetics in the School of Health Sciences at the University of Newcastle, Australia wondered as well. Collins told VICE that she first looked into the effects of holding in your butt breath after she was doing a radio interview and a caller asked her about it. She researched the answer and said she found it so interesting she “thought the world need to share this.” This urge to share her colon knowledge resulted in an article with The Conversation called, Health Check: what happens when you hold in a fart.

In the article, Collins explores everything you could want to know about the phenomenon that turns your bum into a trumpet. How much is normal: median total volume of 705ml of gas in 24 hours. Do you fart more on planes because of expanding gas: yes. Does a high fiber diet lead to more farts: no, but the “high psyllium-fiber diet led to longer initial retention of gas, but the volume stayed the same, meaning fewer but bigger farts.”

We here at VICE decided we would get in touch with Collins and learn all we can about farts so we can pass it on to you, our fair reader because we care about your sphincter health. Here’s what we learned.

VICE: What is the biggest misconception people have when it comes to holding in gas?
Clare Collins: That you can hold it in 100 percent (and also that no-one else except them ever has to pass wind.)

What advice would you have for someone on a big date who can't fart?
Do not eat in the one to two hours before the date (you are more likely to pass wind about one hours(ish) after eating. Do not walk to the date, as that also increased the movement of intestinal gas.

Can there ever be any harmful effects to the body when you hold it in?
This is where the research was unclear as to whether it did contribute to diverticulitis or it does not matter. But because some of the gasses are reabsorbed and then exhaled in your breath—I would not suggest you make it an 'art form' or you may just have really bad breath.

You mentioned diverticulitis, what is that?
This is small pockets or pouches that develop in the gut wall when it is under pressure. These can become inflamed or infected.

You just said that the gas reabsorbed back into the system and you can essentially breathe it out the, uh, fart. How does that work?
The gas crossed the bowel wall into the blood vessel and as the blood travels back to the lungs to drop off carbon dioxide and get some more oxygen, it drops off those gasses it collected from your colon and you breathe them out.

Would it smell like a typical fart when it comes out the other direction?
Certainly would.

Do you think this is an important thing to study?
I think it is helpful to study some of these basic things. The research has helped identify how much gas is normal and the role of these gasses in health and diseases.

This interview has been edited for length and clarity. You can read Collins' full article on farting here.