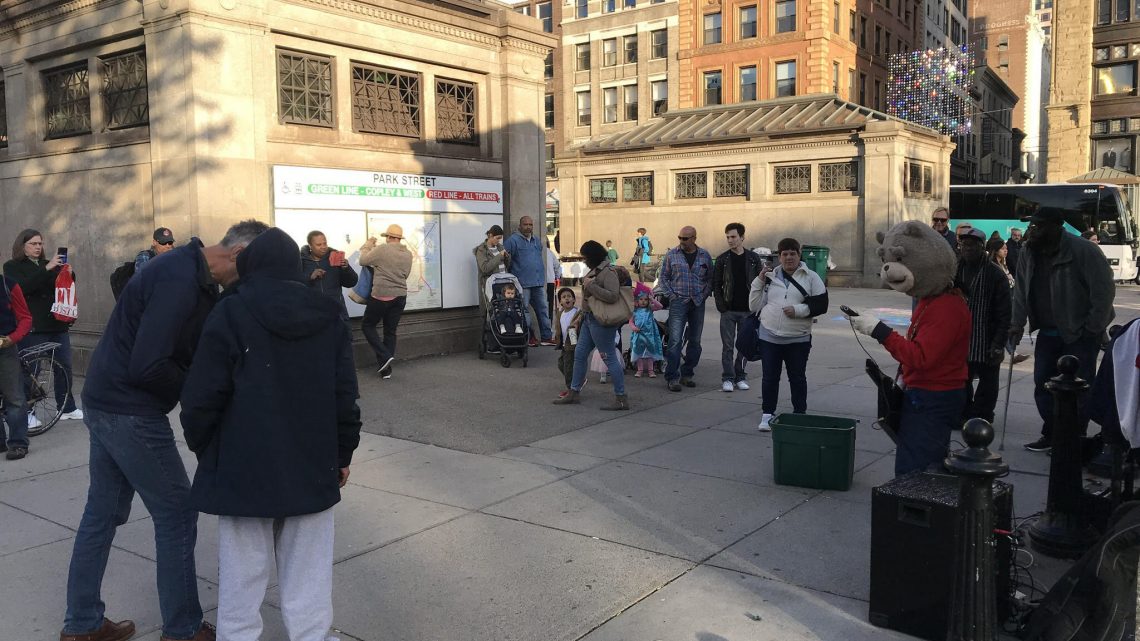 In "Local Legends," VICE spotlights people famous in the small towns and cities where they live—colorful characters, who, unknown to the wider world, are staples in their communities. Submit your own Local Legend to Alex Norcia, at alex.norcia@vice.com.

It's been a rough few months for Keytar Bear. This past spring, he slipped his motorcycle on sand, crashed, and broke his foot. As a result, he had to sideline his busking for the entire summer. Also, as he casually drops on me, he is now girlfriend-less, and, consequently, between homes.

These hard times, however, are not rare for his breed.

For the uninitiated, Keytar Bear is Boston's infamous, anonymous street performer who, as his moniker suggests, wears a full bear suit and stylishly plays a keytar—that cheesy electronic keyboard and guitar hybrid that became a punchline in the 80s—throughout the city's T stations and public parks. After first appearing basically out of nowhere in 2014, he has become a weird staple in a parochial, old-monied place not particularly associated with weirdness.

"By their very definition, mascots are people or things (or bears!) that symbolize something greater than it," the Boston Yeti, a man named John Campopiano who dresses like the mythical beast and famously shovels snow in his hometown, writes over email. "I've always considered [Keytar Bear] to be a mascot for Boston. He embodies many of its core values. He's tough as nails: He shows up in the dead of winter and the sweltering heat of summer. And he's as fun-loving, too, as he is mysterious."

"He is a bit elusive," Tom O'Keefe, who runs the popular BostonTweet Twitter Feed, tells me, citing a large aspect of his charm. "He doesn’t have any consistent schedule, so when you do spot him on the street, it’s a huge treat." 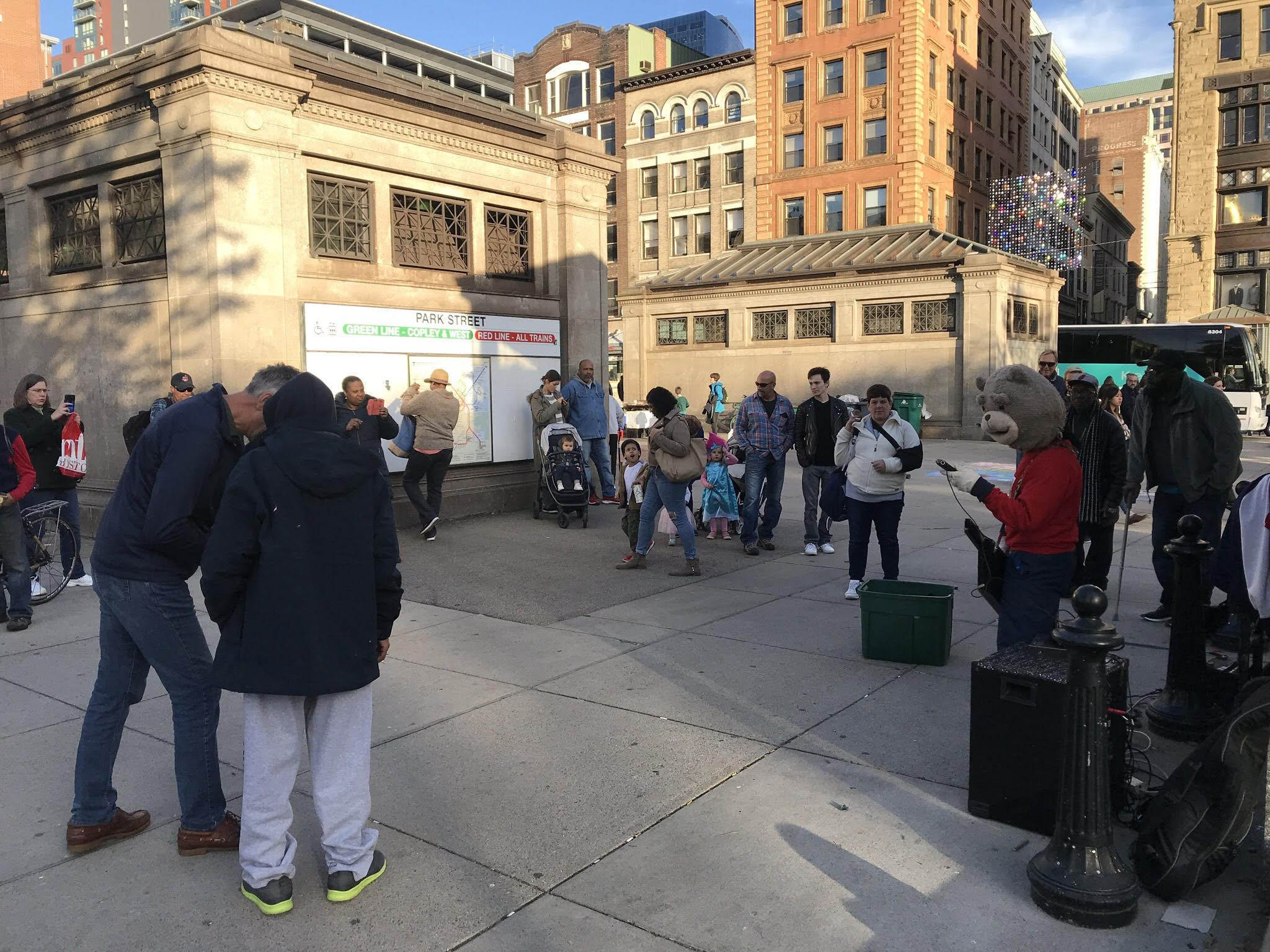 Photo by the author

I believe it. Talking to him, I'm reminded of the Washington Post's rouse in 2007, when the paper had the nation's premier violinist, Joshua Bell, fiddling away in a busy DC metro station at rush hour, and only a couple commuters took a second to pause from their hurried routine. This stunt, it seems, is nearly the opposite of that: Here is an undisclosed bear with perhaps the most ridiculous instrument known to mankind, in a region not normally heralded for its warmth and congeniality, tricking people into pausing, even for a moment, to soak in his moves and melodies. In Boston, he is nobody and everybody at once, as if he has inverted the city's ethos with its stereotypes: Keytar Bear has a cuddly exterior, but he is willing to knock you out if you fuck with him.

Over 30 minutes, newcomers appear, and others disperse. The woman nibbling on the pretzel finishes her snack, and hugs him before walking off. I take that as my cue to leave, too. Before I do, Keytar Bear reaches into his bucket and hands me two dollar bills.

More Hollywood Liberals Should Be Showing Support for the Trans Community