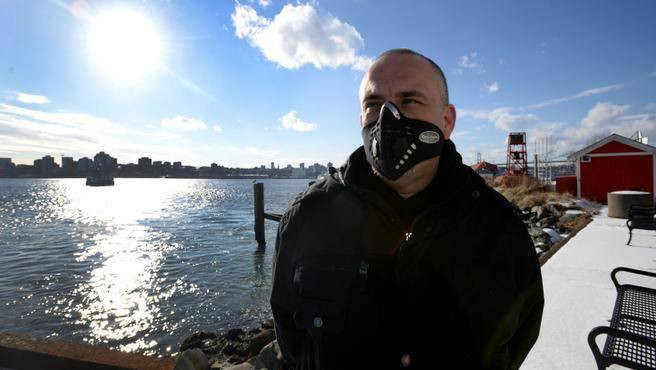 A Nova Scotia man has embarked on a hunger strike that he says will only end when the provincial government addresses his concerns about legalized cannabis.

Bob Dillman, a medical cannabis user, says that the provincial government has, in their focus on recreational cannabis, forgotten about the medical users in the province. Dillman was granted permission by Health Canada to use medicinal cannabis but prior to legalization was getting his product from gray market dispensaries. He states that since the province has shut down the dispensaries, he can’t get organic cannabis and the available strains (which he says are grown with pesticides) trigger a sensitivity to chemicals—and he adds that the price of legal weed is prohibitively expensive as well.

He’s on day four of his hunger strike and he tells VICE he’s committed for the long run.

“I am only taking in tonic water about two times a day and water if I want more,” Dillman told VICE. “It’s been four days and I am going to stay this way until someone changes the way they're dealing with us.”

“Well that's the point of a hunger strike,” he said, when asked if he was willing to die for this cause. “Doesn’t anyone remember Bobby Sands?”

(Sands was an imprisoned Irish nationalist who died during a hunger strike in 1981.)

According to the Chronicle Herald, a NSLC spokeswoman said the organization is attempting to find organic cannabis for their stores but, at the moment, don’t offer any.

The goal of the Sheet Harbour man is to ultimately get the dispensaries in the Maritime province opened again but he said he would settle for the government taking “an objective look” at the facts he’s gathered. He believes that the province is essentially prioritizing making money off of recreational weed over properly treating the medical cannabis users within the province.

Prior to recreational weed being legalized Dillman said that he used to know where all his medicinal weed was grown and likened the purchasing experience to that of a farmer’s market. Now, because the government is cracking down on dispensaries in favor of the provincial stores, Dillman says he has to get his cannabis illegally.

“This isn’t about being stoned, its about people really just wanting to be left alone—they were not criminals until the government wanted money from cannabis,” said Dillman.

The 49-year-old said his journey toward medical cannabis began when he hurt his back as a sous chef years ago. He had to go on workers compensation and was prescribed “different levels of narcotic” that left him “in a mental state and physically ruined” to the point where he couldn’t walk and “had to be helped to the bathroom.” This state ultimately led to a failed suicide attempt, afterward, he was recommended medical cannabis and he says it changed everything for him.

Dillman is a big believer in medical cannabis and thusly this isn’t the Sheet Harbour man that has been in the press for weed-related reasons. In 2015, he made a stand after being told he couldn’t grow his own weed after the Nova Scotia government phased out their home growers program in favor of licensed producers. Dillman and his wife were charged with possession at the time but the charges were eventually dropped.

At that time, he echoed a similar complaint that medical cannabis was too expensive and that he was sensitive to chemicals used in growing it.

Dillman was expecting at least some response from the government by this point but has received nothing yet. He said the situation was demoralizing and that since stopping eating he’s been irritable, weak, and tired. On top of only drinking water, he’s letting himself smoke some weed—it helps he says.

Luckily, he adds, he doesn’t get the munchies.