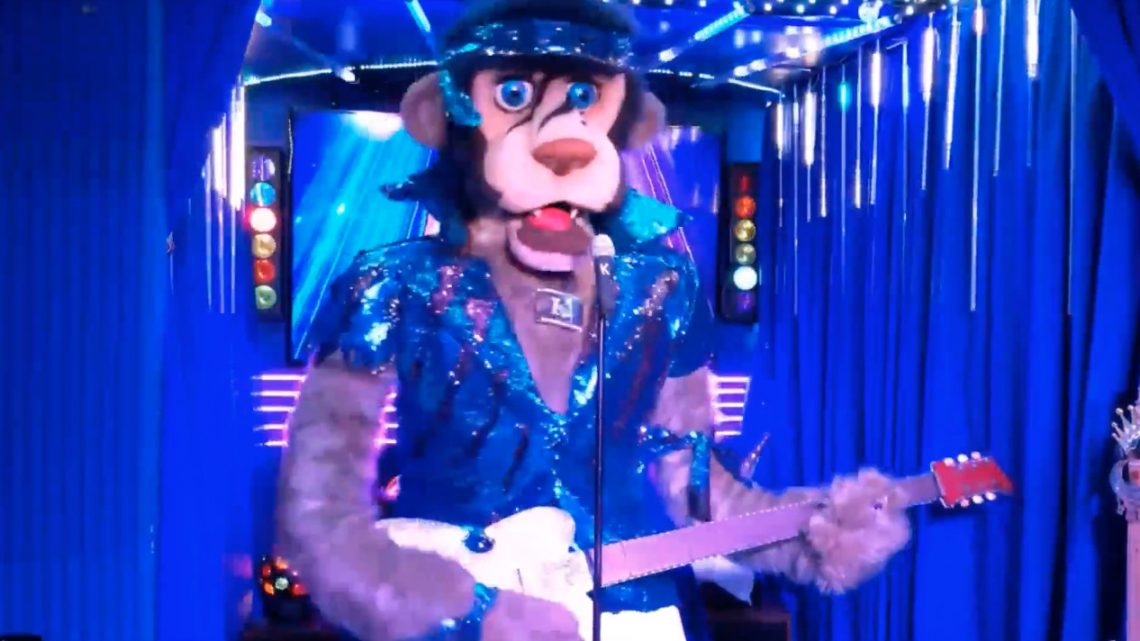 If, like me, you just listened to Kanye West incoherently ramble about a hydrogen-powered replacement for Air Force One, a so-called link between the 13th Amendment and the Unabomber, and something called a “Yeezy Ideation Center” during his meeting with Trump in the Oval Office, you’re probably wishing your brain had a reset button. You could use a clean break from whatever the hell you just witnessed, something powerful enough to wipe away all traces of it from your mind. Do yourself a favor, and try this: The collected YouTube videos of a man who’s brought a weird, long-forgotten animatronic lion from Chuck E. Cheese back to life, and programmed him to sing, dance, and play guitar from the comfort of his home.

The creature before you is the King, a robotic, leonine version of Elvis that Chuck E. Cheese phased out in the early 90s. As Tampa Bay Times readers learned from a profile published Thursday, a man named Jared Sanchez dedicated his life to raising Kings from the dead, spending thousands of dollars collecting four out of the seven he believes still exist, and programming them to work again. He transformed his bedroom into a studio for all his Kings, designed in the style of a Chuck E. Cheese: black-and-white checkerboard floors, arcade games, signs that spell "THE KING" in neon. Now, he spends most of his free time making videos like this:

There are behind-the-scenes clips, like this one of the King's "awakening" after years of being neglected in some storage unit:

There are blooper reels, like this one of two Kings—or "brothers," as they refer to each other—preparing for a gig:

And there are dozens upon dozens of others—more than 200 of them—showcasing the King's prowess in the art of animatronic music and dance, featuring original songs like "Robots Are Good" (a duet with Sanchez), and covers like this vaguely disturbing rendition of Green Day's "When I Come Around." "Lean on King," which, as you probably gathered, is a reinvention of the Bill Withers classic "Lean on Me," slaps particularly hard.

Sanchez told the Tampa Bay Times his Kings helped him out during a difficult time in his life—he picked up his first one in the midst of a "nervous breakdown," and making these King videos rescued him from a pretty major depression—and hopefully, they can do the same thing for you. Surrender yourself to the spectacle that is "King Life," submerge your senses in his gravelly melodies and jerky, robotic dance moves, and maybe you'll feel a bit better about this bizarre, dystopian nightmare of a timeline we're in. With any luck, Kanye West's unhinged tirade in the Oval Office will soon be but a distant memory, and "THE KINGS: BLOOPERS 2! - Wardrobe Change" will be all you can think about.