India Is Hosting One of the World’s Biggest Religious Gatherings, Despite COVID

It’s around 1 p.m. in the northern Indian city of Haridwar. In the winter’s haze, hundreds of people gather slowly by the river. Some grab hold of the many priests lining the shoreline steps and commence prayers for their families and the departed. Others take selfies. Many disrobe and take the auspicious plunge into the pristine river water. 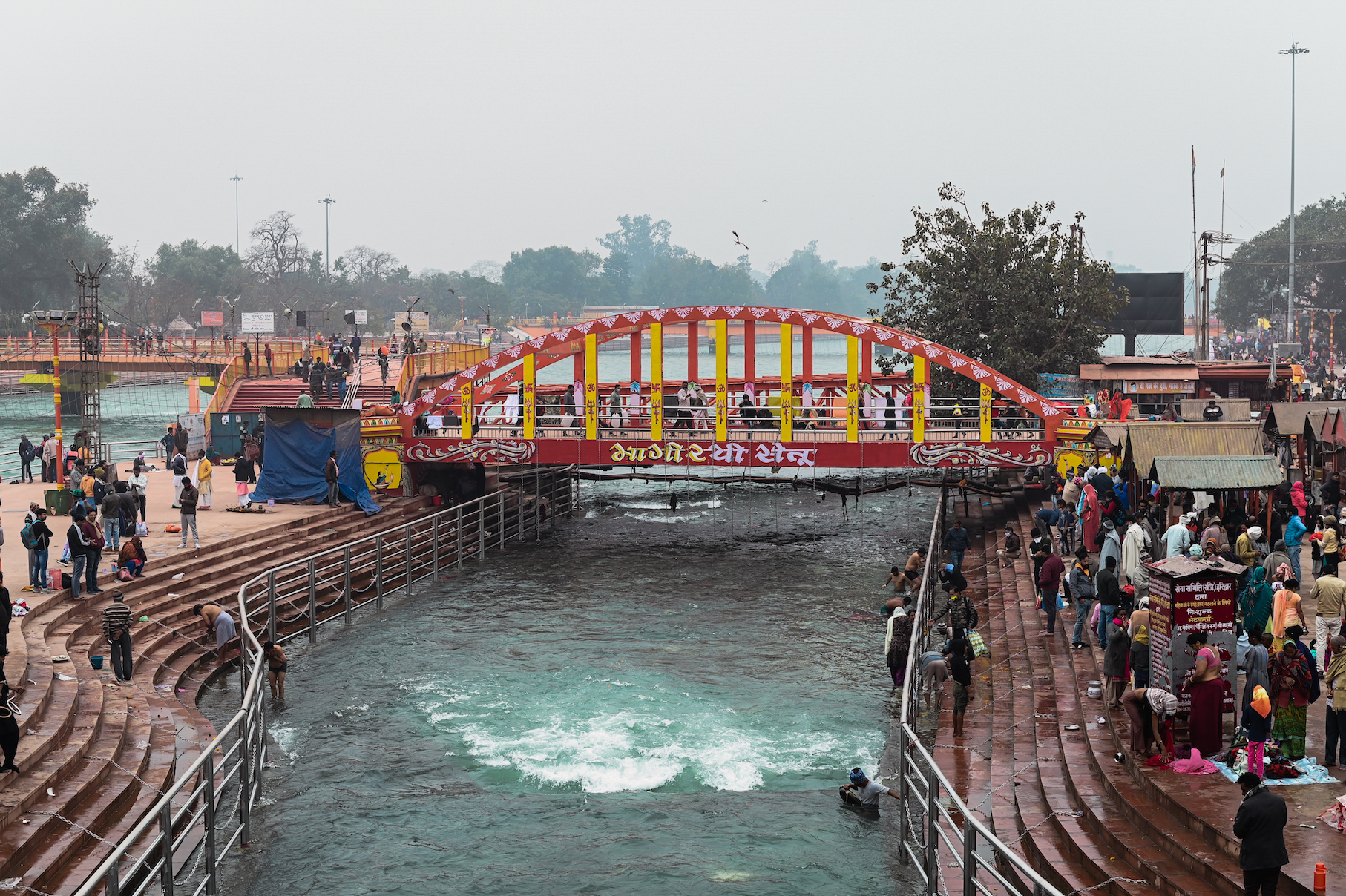 Last week saw the beginning of the Kumbh Mela, an Indian religious festival that attracts millions of people from around the subcontinent until the end of April. It’s billed as one of the biggest religious gatherings in the world, and it’s going ahead despite the fact India is battling the world’s second-largest outbreak of COVID-19. 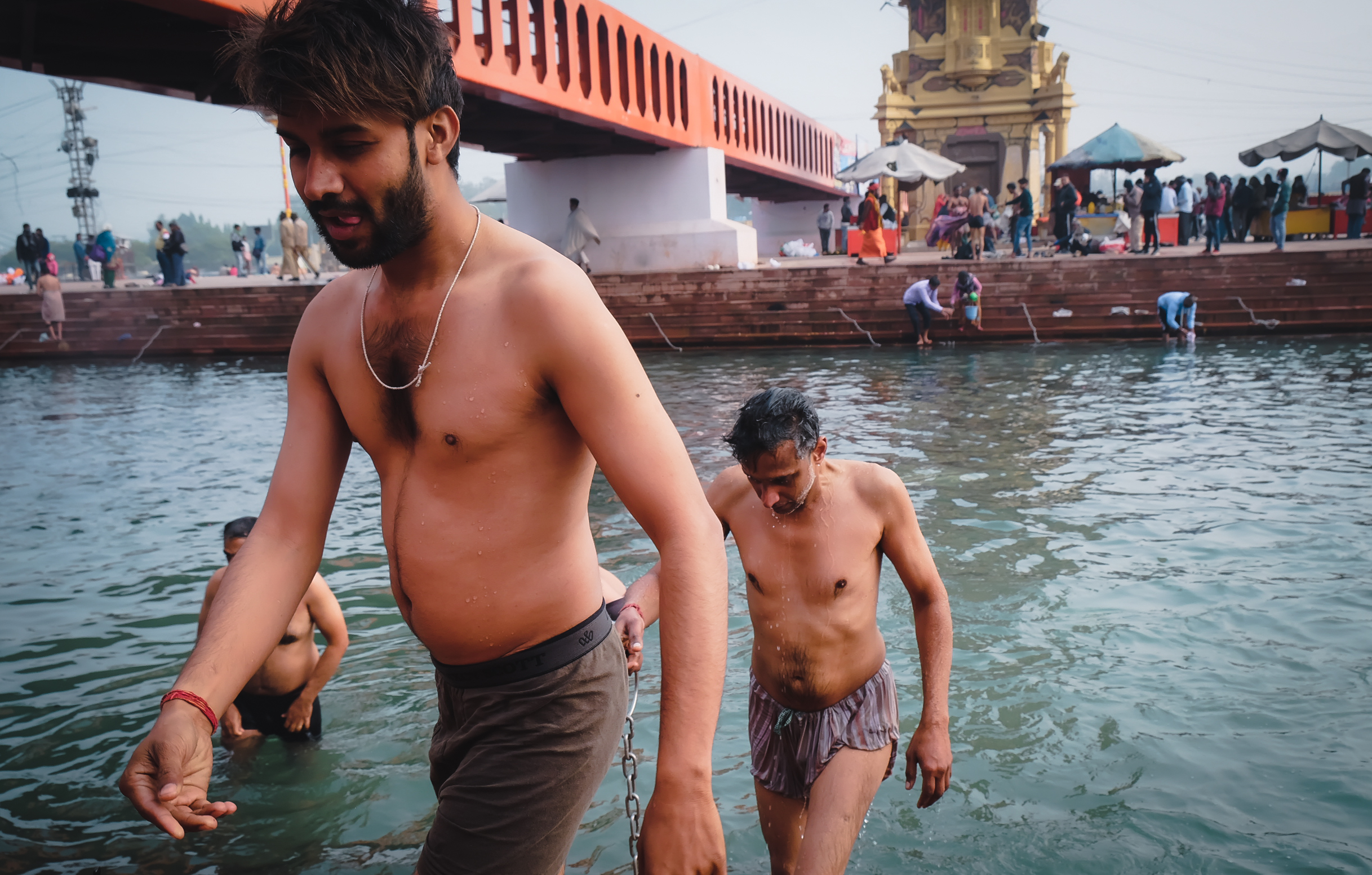 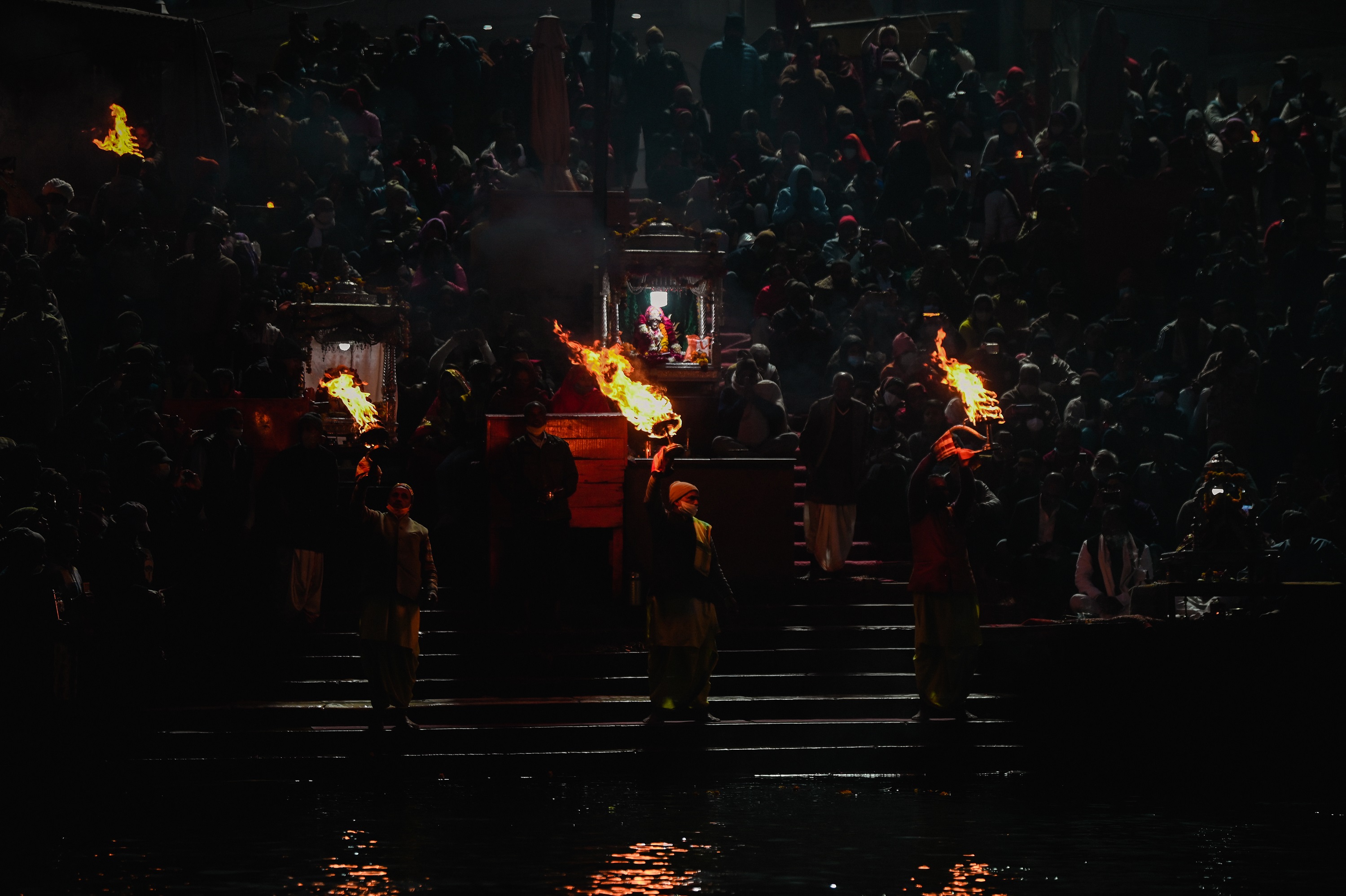 The evening aarti, a part of the Hindu religious ritual, is performed every day at the Kumbh Mela. Thousands of devotees attend it.

Kumbh is one of the most sacred pilgrimages for the Hindus. Its founding myth goes back to ancient texts that describe Hindu gods and demons fighting over a kumbh (Hindi for pitcher) full of the nectar of immortality. In that struggle, a few drops fell on four spots in India, which became Haridwar and three other Indian cities. The Kumbh Mela is held in these cities every 12 years.

At the same time, the Kumbh Mela a major part of the region’s religious tourism industry. In 2019, the event was expected to rake in revenue of INR 1.2 lakh crore (US $16.42 billion) while employing millions of people in hospitality, eco-tourism and medical tourism. 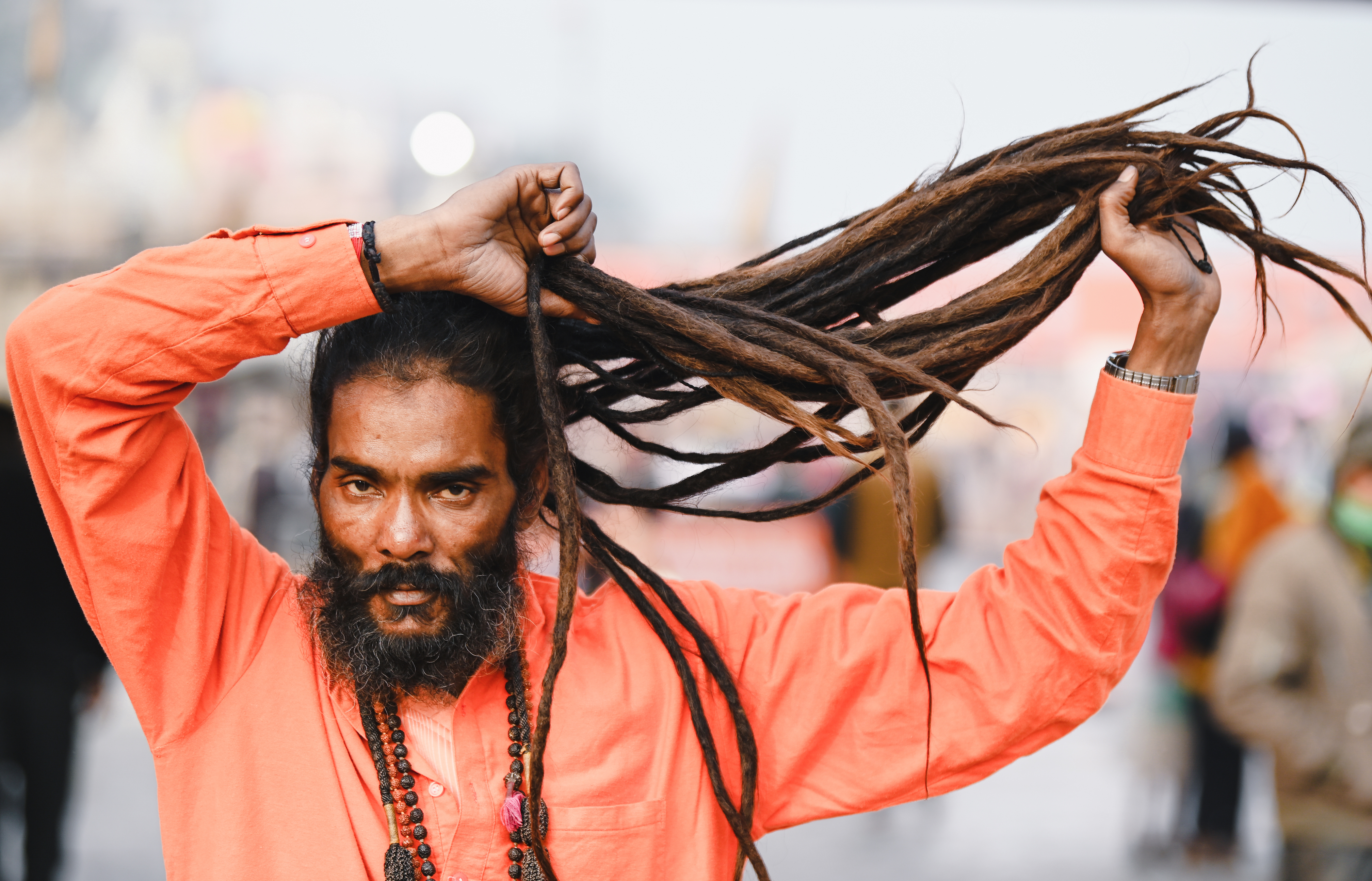 Sadhus with dreadlocks are a common sight at the Kumbh Mela. 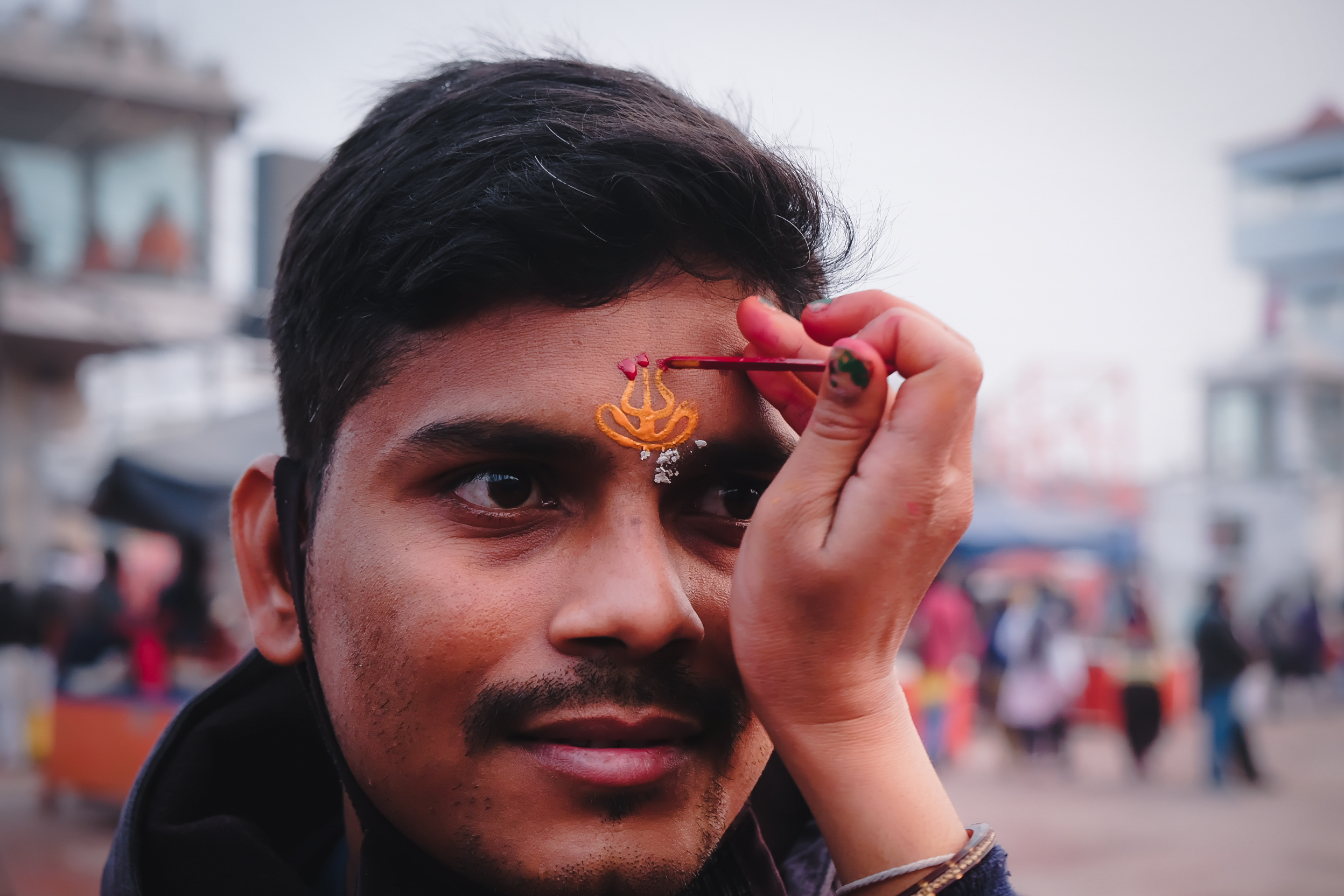 A devotee gets a tilak painted on his forehead.

Kumbh Mela organiser Deepak Rawat told VICE World News that preparations for the festival were paused during the coronavirus outbreak last year, but the teams worked during the months that the economy was reopened. “We’ve done our planning according to the crowd coming from the previous routes. We have kept in mind the carrying capacity of the ghats along with the COVID-19 norms,” he said.

Rawat added that during peak hours of the day, the venue can take in over 2 million devotees.

Signage and frequent announcements will remind visitors maintain social distancing and wear masks at all times. However, it’s common to see people not wearing masks, while many of the religious rituals involve close human contact such as manual head shaving. VICE World News also did not see any organisers checking the temperature of attendees at various entry points. 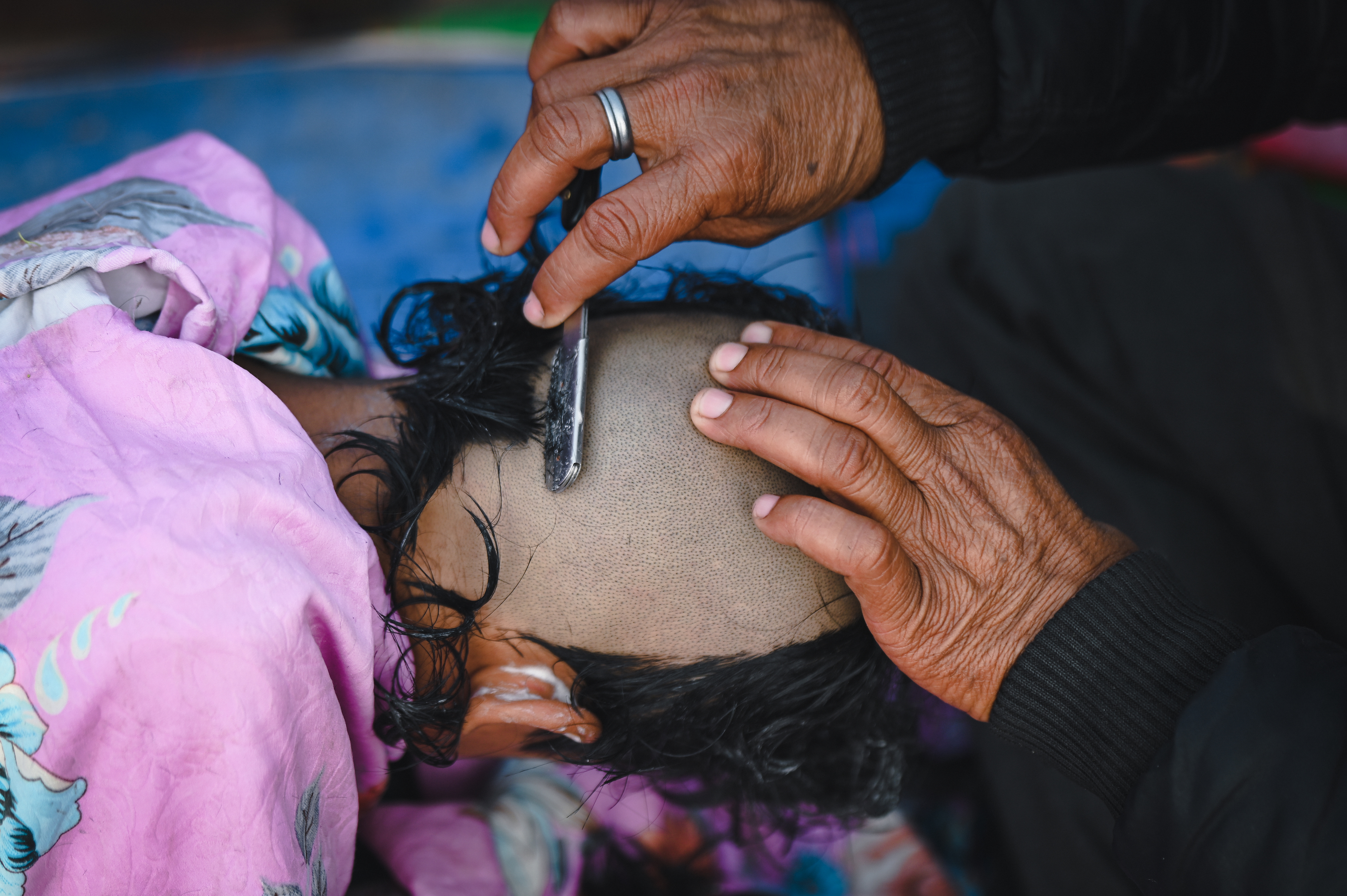 A boy gets his head shaved at the Kumbh Mela. Shaving of head is meant to be a part of Kumbh rituals. 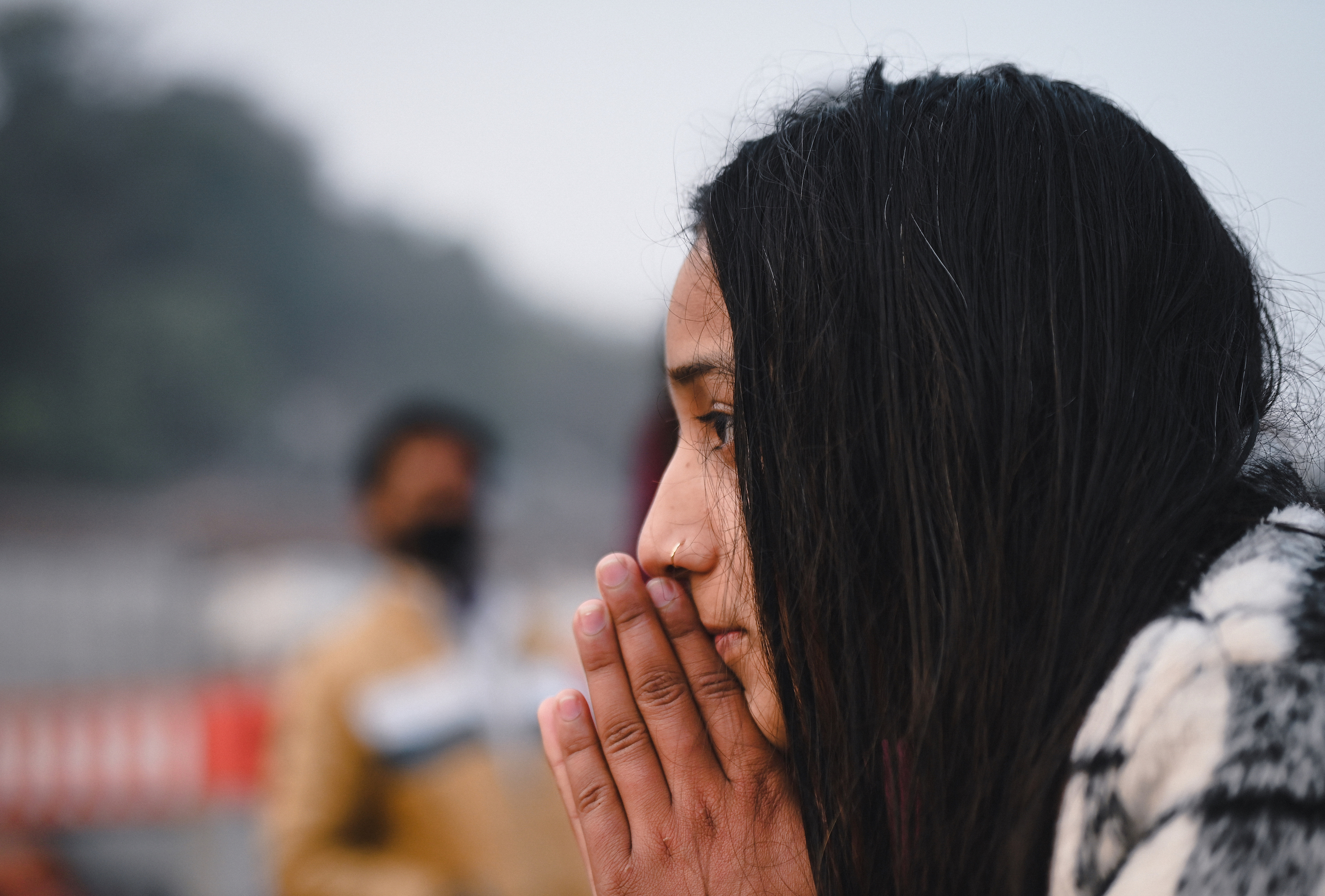 A devotee prays at the Har Ki Paudi ghat after a dip in the water.

Rawat said that apart from conventional policing for crowd management, they have also adopted a “modern police surveillance system”.

As he explained: “It has an AI-software based crowd controlling mechanism. So in particular areas, there will be triggers that will notify the control room, which will then be notified to the field staff. We will distribute the crowd in a manner so that there is no big concentration in the ghats.

It’s important to note that while still relatively large, this year’s festival has drawn a smaller congregation than usual.

“Coronavirus has really impacted the crowd this time,” said Chotu Pandey, a priest at the event. “But because of the divine powers of Ganga (river and goddess), COVID-19 hasn’t made a severe impact here. Despite the pandemic, people will continue to come.” 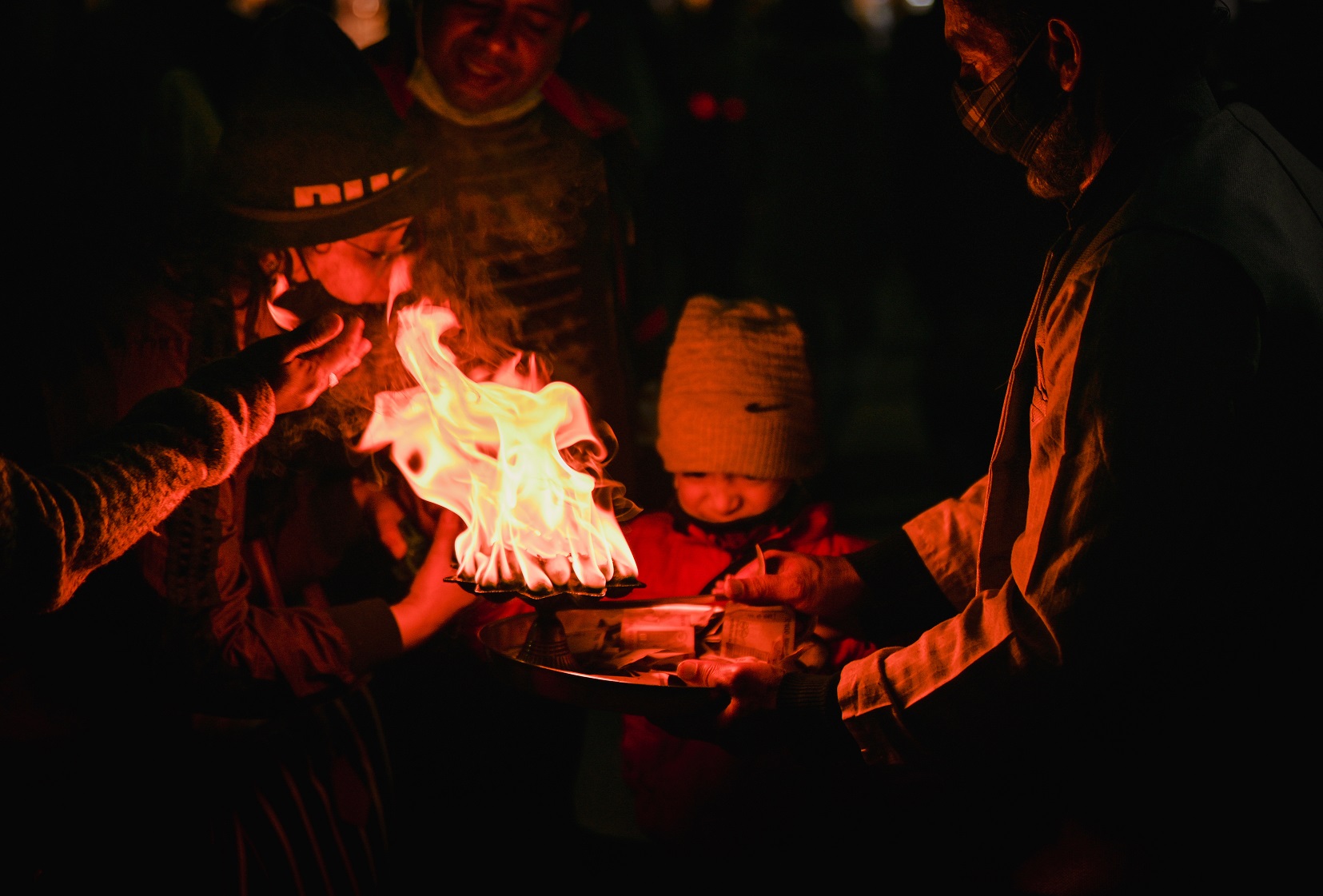 Devotees stand by the river during evening prayers.

More people are expected to arrive at the Kumbh in the coming weeks.

Religious events have started across the country, undeterred by the pandemic. Last year, when the Tirupati temple in southern India opened up for devotees, over 700 temple staff tested positive. Despite that, the temple remained open.