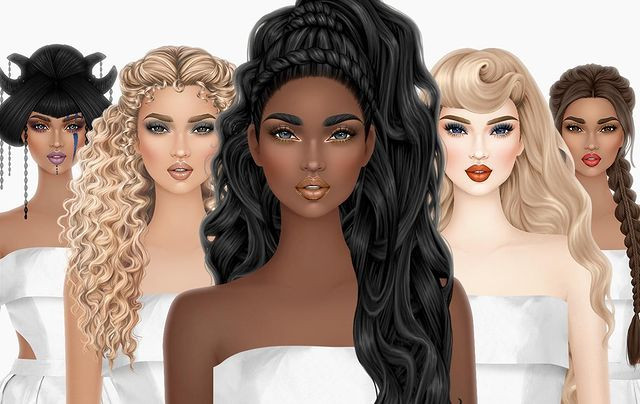 Everyone knows 2020 sucked complete ass. I'm not here to belabor the point. I want to first beg forgiveness: I simply do not remember what happened between March and June. Some of that can be explained by having COVID-19, which mostly made me so fatigued that after a trip to the bathroom I needed to take a nap. The rest I think I just repressed.

Video games were there for me of course, but less as an experience of art and more of a way to fill the vast reaches of time where my horrible little thoughts might find me. I have played more Threes on my phone while watching reality television than should be legal. Trying to sum up what the best of those kinds of experiences are is difficult. Did you prefer the part of the pandemic when we didn't know if we had to wash down our groceries, or the part where the mail stopped working? Nevertheless, I have ten games, arranged in descending order, that got me through this year. Not all of them came out this year, and some of them only technically came out this year. But all of them are games that, for better or for worse, that I clearly remember relying on to get me through, as the car commercials say, a year unlike any other.

Nothing delights me more than getting a Twitter direct message from Jezebel editor in chief Julianne Escobedo Shepherd about whatever bonkers prompt she's fulfilling for Covet, a mobile fashion game. One time she showed me her outfit for a prompt clearly based on Representative Alexandria Ocasio-Cortez; another time, she was dressing up a character that seemed to be based on LGBT activist Marsha P. Johnson. Despite the fact that I end up spending $20 every time I open the app and I can't be bothered to play for more than a day at a time, the way that the developers of Covet clearly know and serve their audience is impressive to me. Playing a game with an assumed female audience is rare, and it's an experience I cherish. 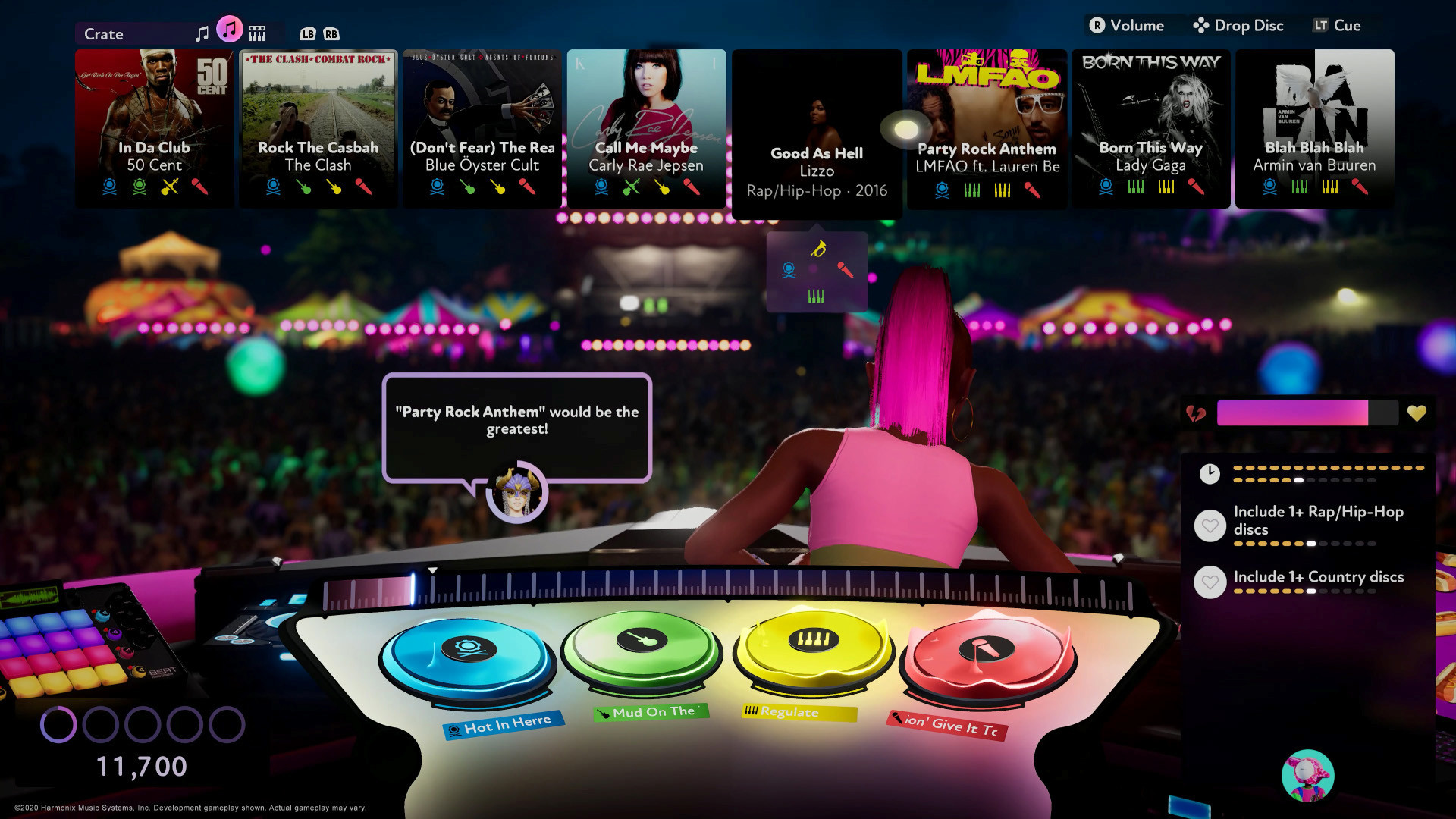 Moving in with my boyfriend and his hundreds of records has introduced me to a lot of good music. Fuser taught me how to love music even more. We are a household that fills silence with tunes, and music has been particularly important to us this year. Fuser is a DJ game on its surface, but it's also secretly an extremely intuitive teaching tool. I learned about how songs come together without even trying by taking them apart and rearranging them. Now I'm going to add the whistle from "All Star" by Smash Mouth to everything. 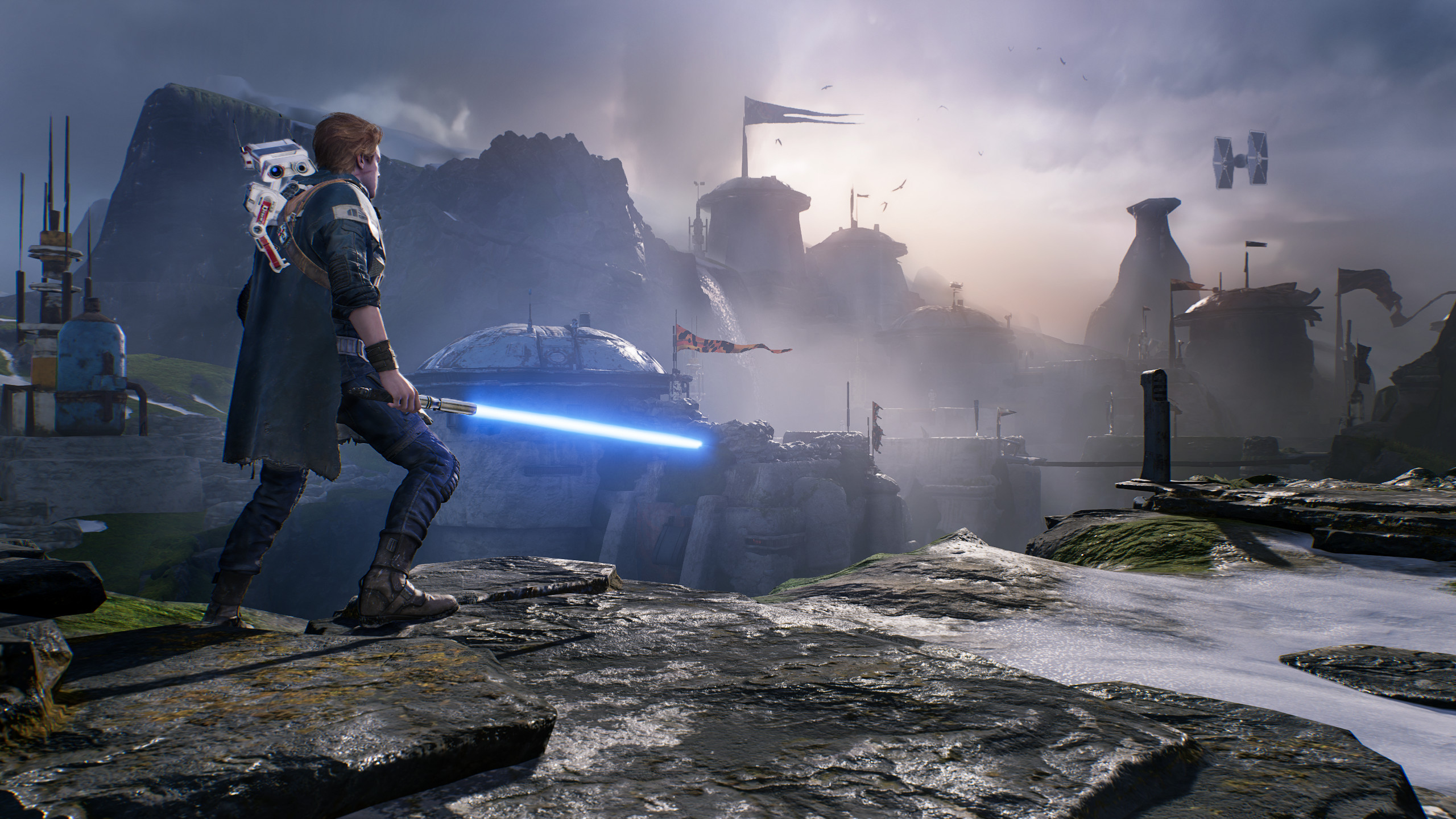 I missed this when it came out and have been happy to revisit it as I seek the familiar comfort of Star Wars in these salad days of a global pandemic. We all are experiencing a distinct lack of serotonin and dopamine, and there's something about space wizards and laser swords that just lights up those receptors in my brain. Watching the Mandalorian was helpful, but Jedi: Fallen Order is where I'm able to spend serious time in that world. It helps that the gameplay asks for precision—when I feel my stress levels rising, I finally remember that I have to breathe. 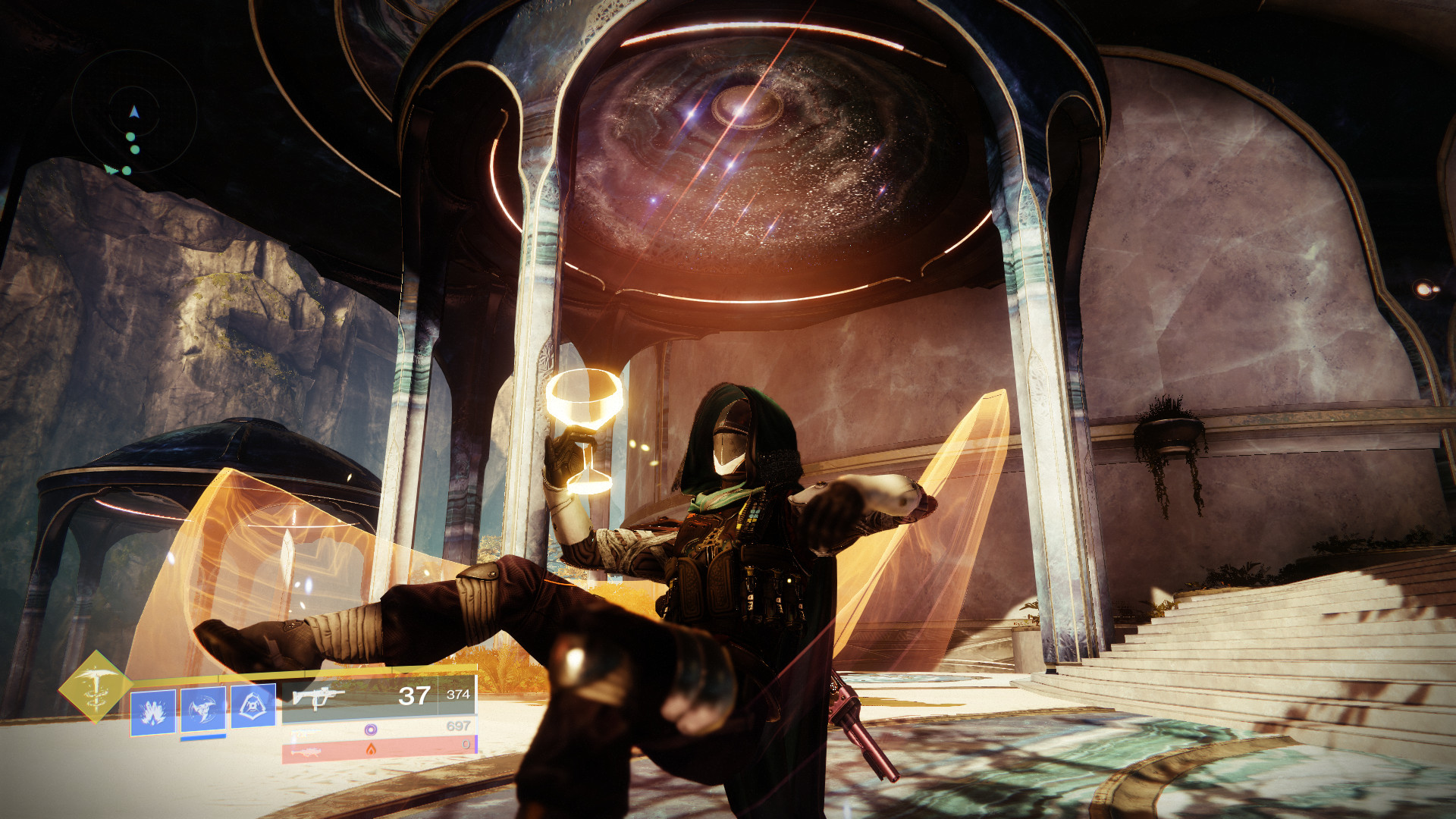 As my friend Josh Rivera once said, Destiny 2 is a chat room game. It's nonsense. It's a game about a bunch of pro-skaters who have personal robots with the temperament of the dog from Up going around shooting shit in the head. It's also been the glue that has kept my most important friendships together, and the vehicle for developing new ones. I'll never forget beating my first raid, and then my next four. I hope me, Maddy, Nico, Cado, Natalie and Jack can keep grabbing orbs and shooting crystals until we can all see each other again. 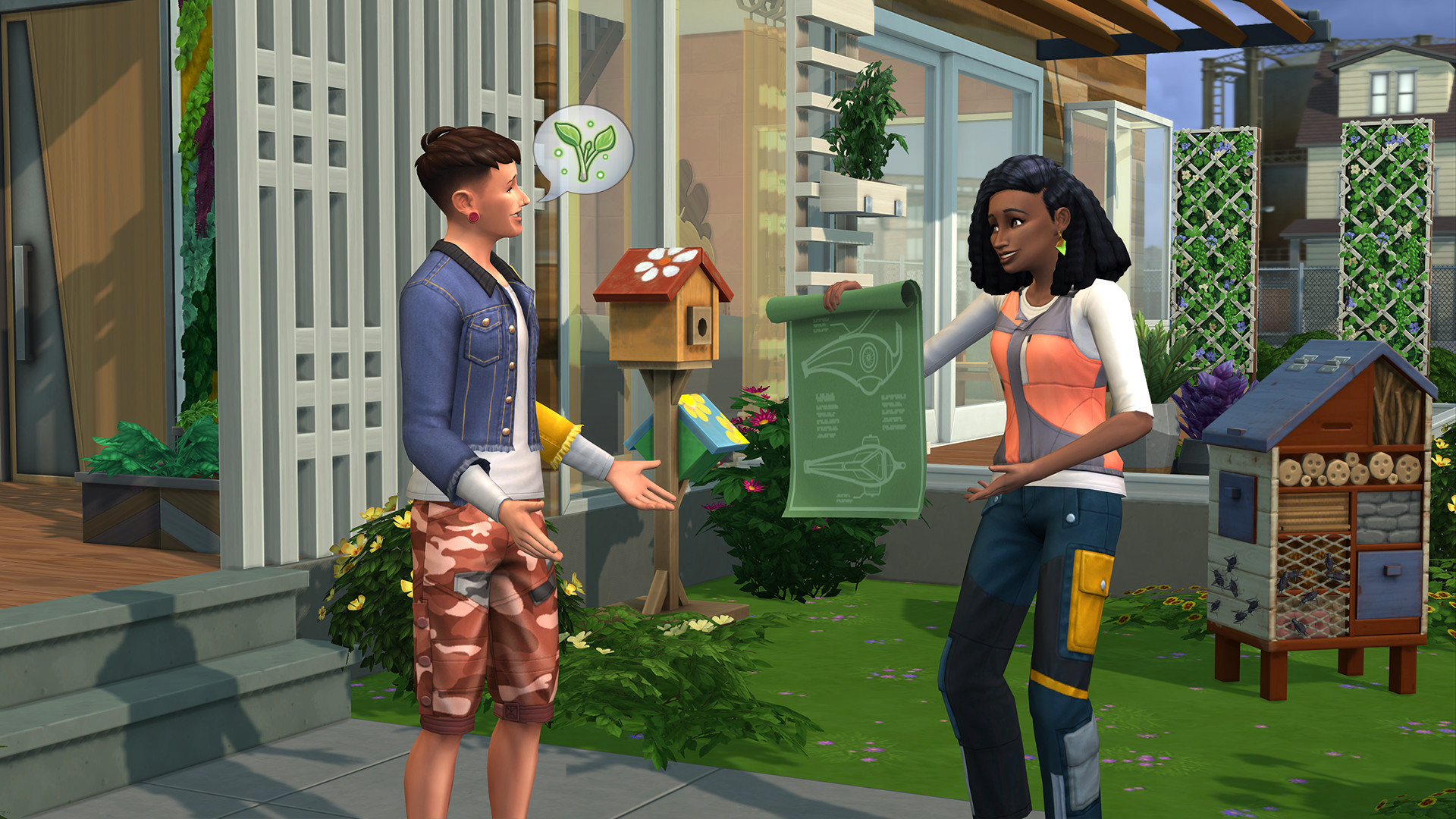 I've never seen a Sims expansion quite like Eco Lifestyle. In my game, it's beginning to feel as essential as Seasons in terms of upgrades to the base game. The way that this expansion creates a sense of community within your world, one where people have political needs for their neighborhoods, felt inspired to me as I began to be involved in more and more real life activism. It's fun sometimes to think about how young people might be inspired by this expansion, and take the lessons they learn about community into the streets. 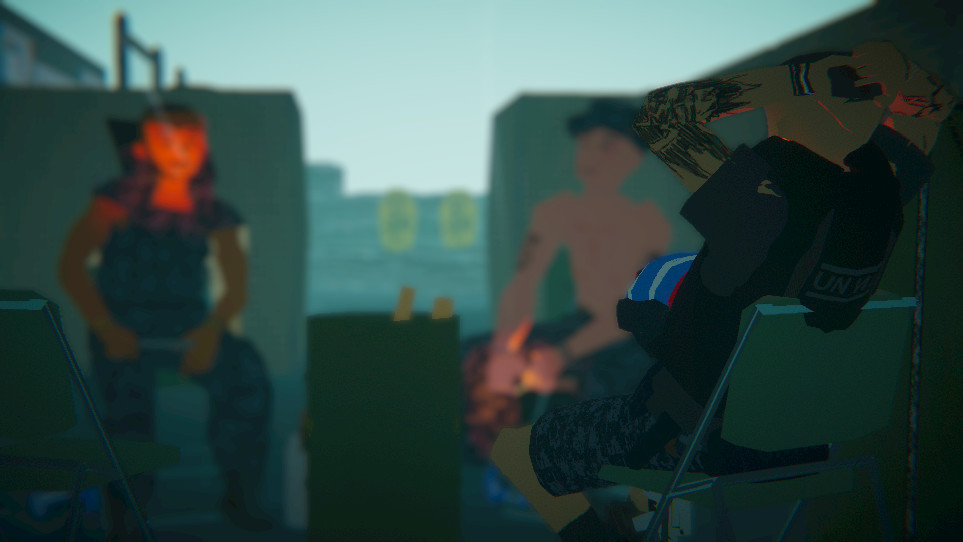 Making art about the times you live in is harder than it looks, but the ideas in Umurangi Generation have clearly been simmering for a long time. While it was inspired by the wildfires in New Zealand, the way that this fictional unjust world is expressed in the game as you take pictures of your surroundings feel universal. There's a feeling of listlessness, even boredom, in the way that oppression is enacted; the player character and their friends become avatars of a youth culture that has had to mourn more losses than they should. There are games about political action and change, and ones that star marginalized people, but this game captures the feeling of wanting change, knowing it takes generations, but fearing that we don't have that much time. 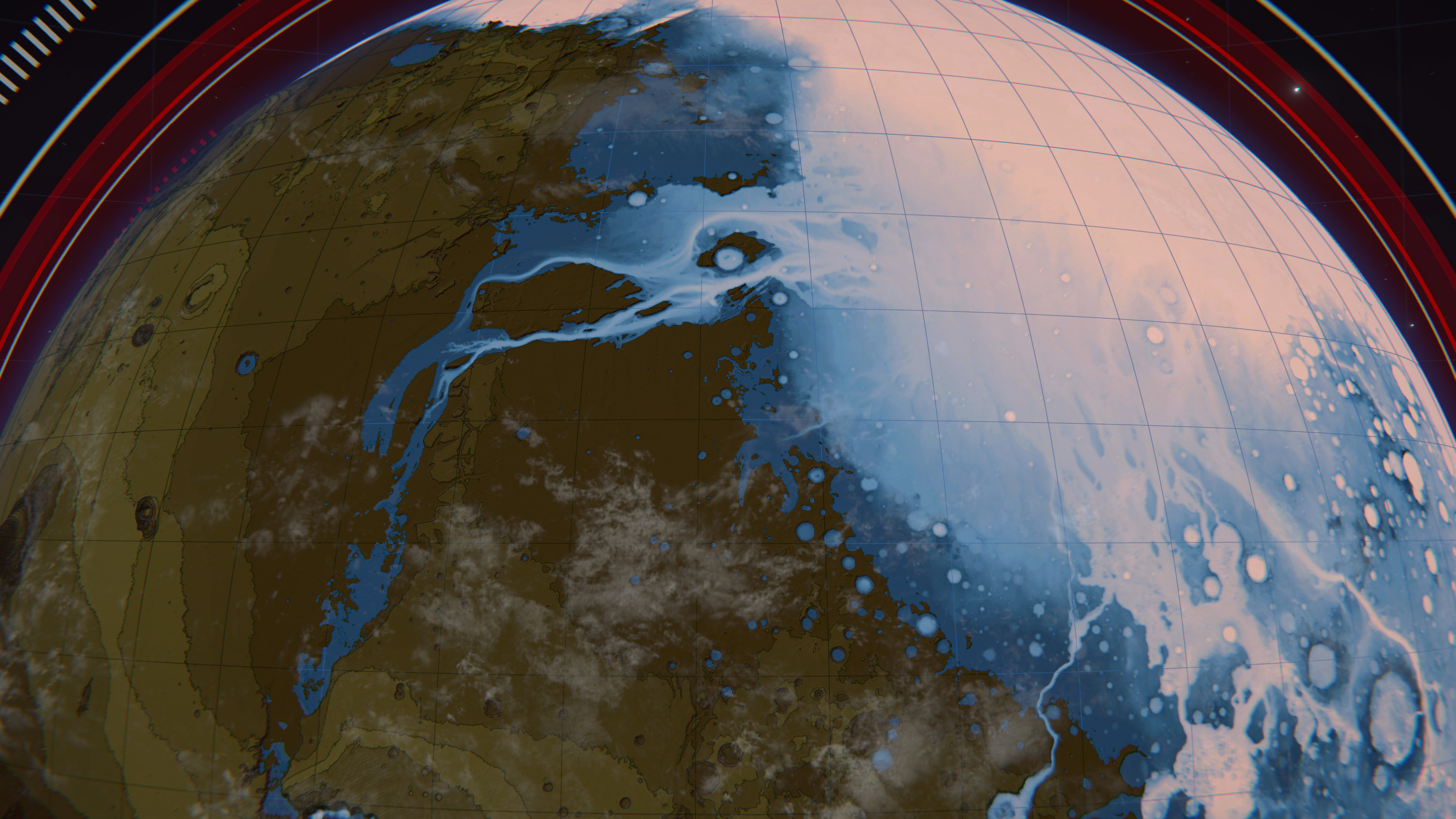 I think about Mars a lot, mostly in the context of NASA plans to take us there in the relatively near future. It's easy to think of space travel as exclusively the realm of science fiction, given how much it's been deemphasized in terms of scientific discovery and exploration in my lifetime. I want to go out there, but Per Aspera has been a good reminder of what the ramifications of that might be. The ethical questions of colonizing new worlds—even that word, colonizing, evokes some grim imagery—have not been adequately explored. Per Aspera provides a worst case scenario of human folly if we bring what is killing our world out into space with us. 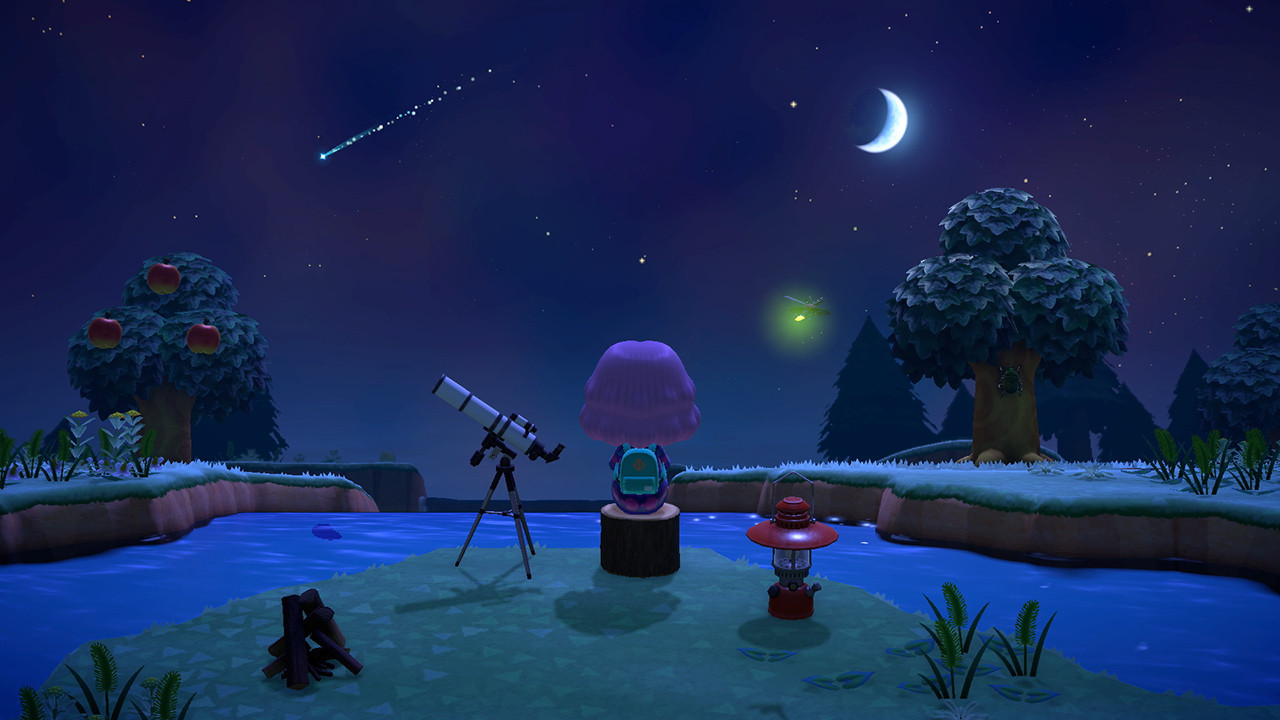 I didn't realize how much this game meant to me this year until hearing it's theme song at The Game Awards made me cry. I have always bought what Animal Crossing is selling—I too long for the slow, easy life, surrounded by animal friends that have some chores for you to do. But this was the first year where I was actually able to play Animal Crossing with other people. Dozens and dozens of other people. I could play with Joe Biden, apparently, if I wanted to (I don't). In the time vacuum between March and June, this game was all the connection I had to the outside world. It kept me whole. 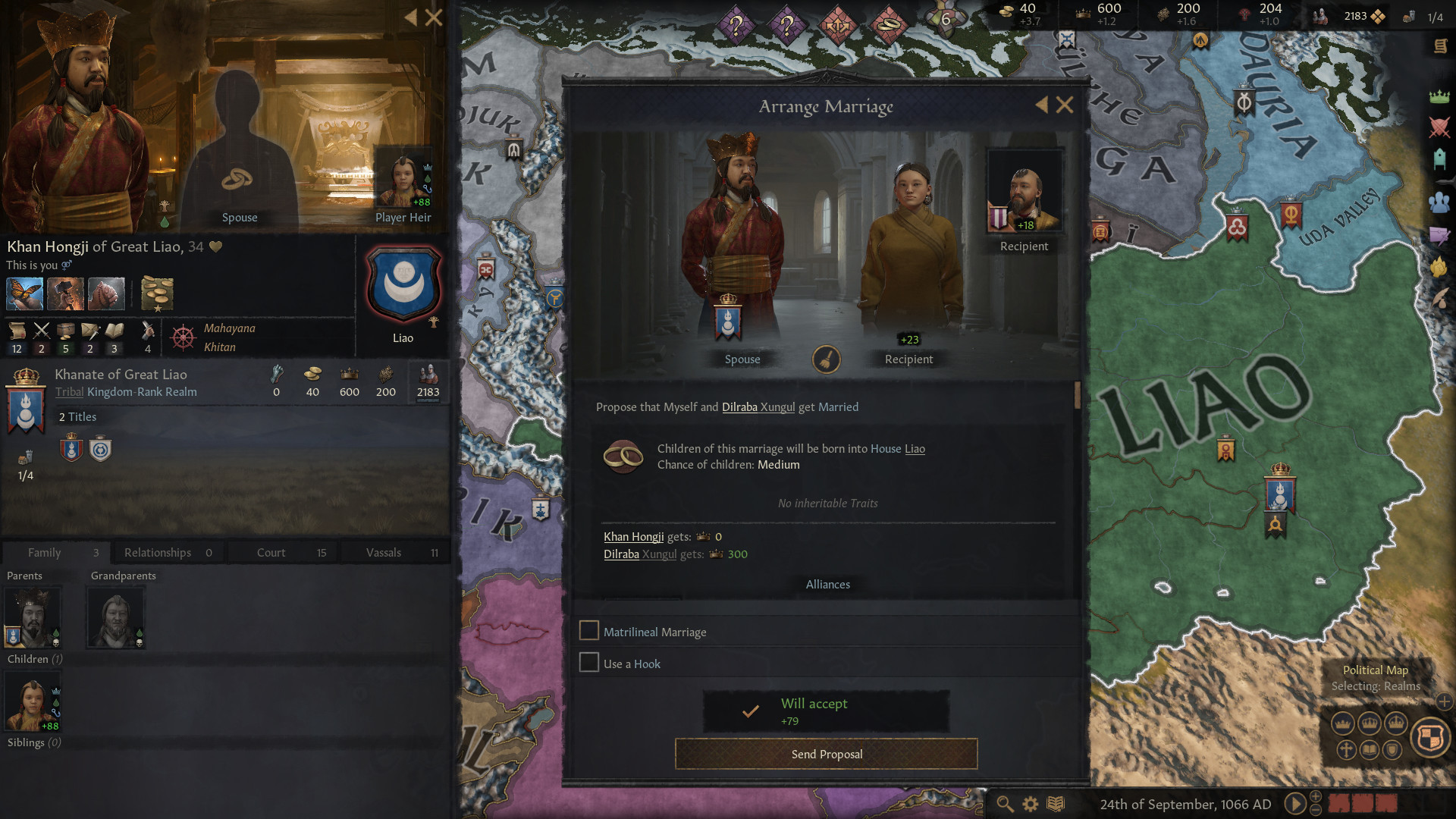 Few memories this year fill me with happiness in the same way as backseat gaming Rob Zacny during Save Point does. Being able to kick off that stream with this game and my good friends was not just fun, but personally meaningful. Crusader Kings is often a game about the futility of your well made plans. As 2020 kept becoming worse in ways that I could not expect, the lessons I learned from Crusader Kings III stuck with me. It's all well and good to marry your grandaughter off to the heir of the kingdom, until a random relative you've never heard of murders her and starts a war. Being able to incorporate this hypnotic gem of a game into the activism that has given me focus this year was fulfilling in a year when so little seemed to matter. I hope we'll be able to return to the foibles of Rob the Fox soon. 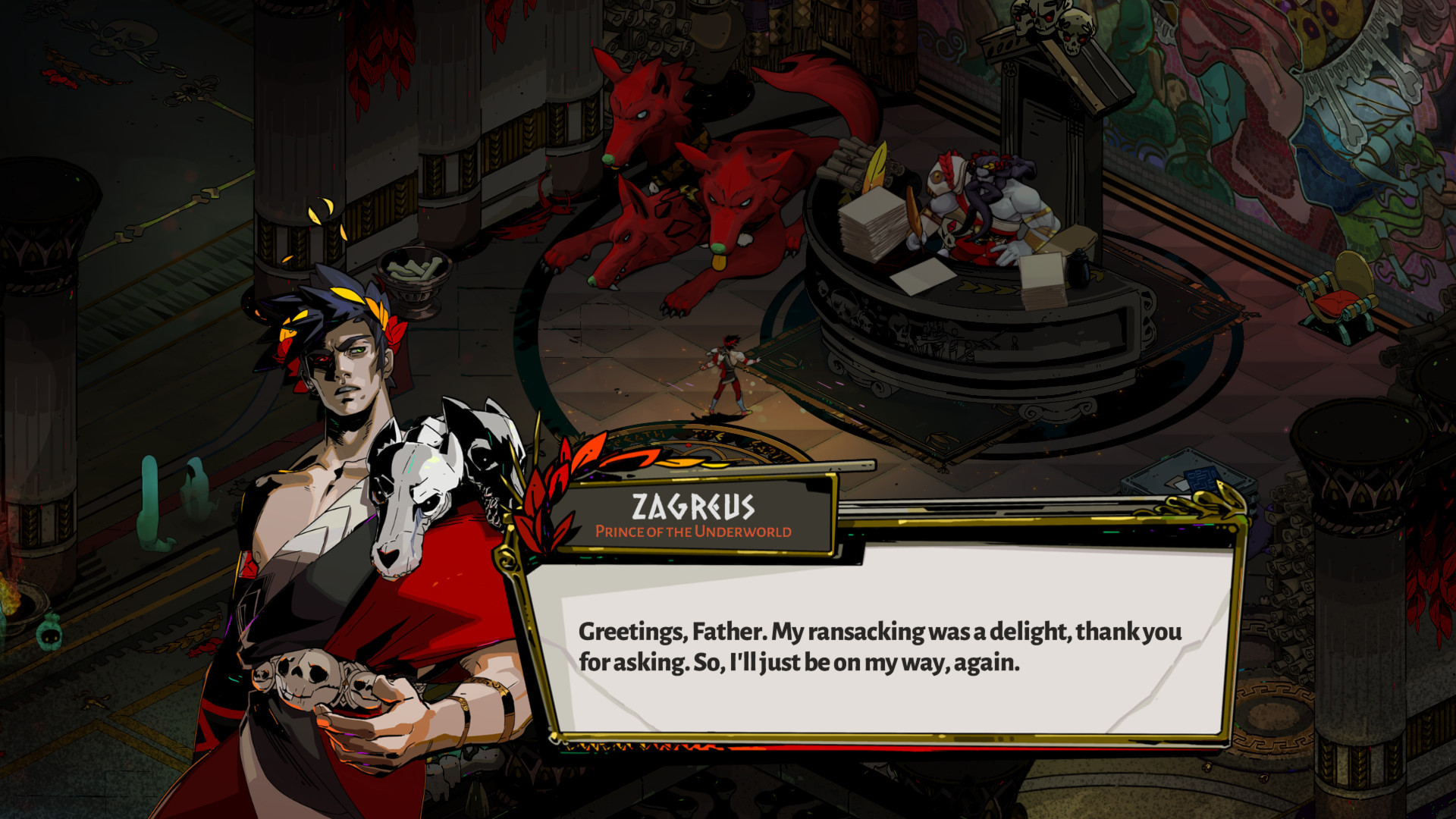 Hades is a video game about escaping from hell and it is my favorite video game I played this year. It helped me push beyond—beyond my fear of roguelikes, beyond my discomfort at being bad at things, beyond my despair at not being able to see all the people most important to me. Just like Zagreus, I too was searching for something that I didn't have the words to describe when I played this, often for hours on end. I know what it is now. I was looking for family. I was looking for the family that I feel like I have been banished from, but also the family I want to build with my partner. For both of us, that means pushing through the pain.