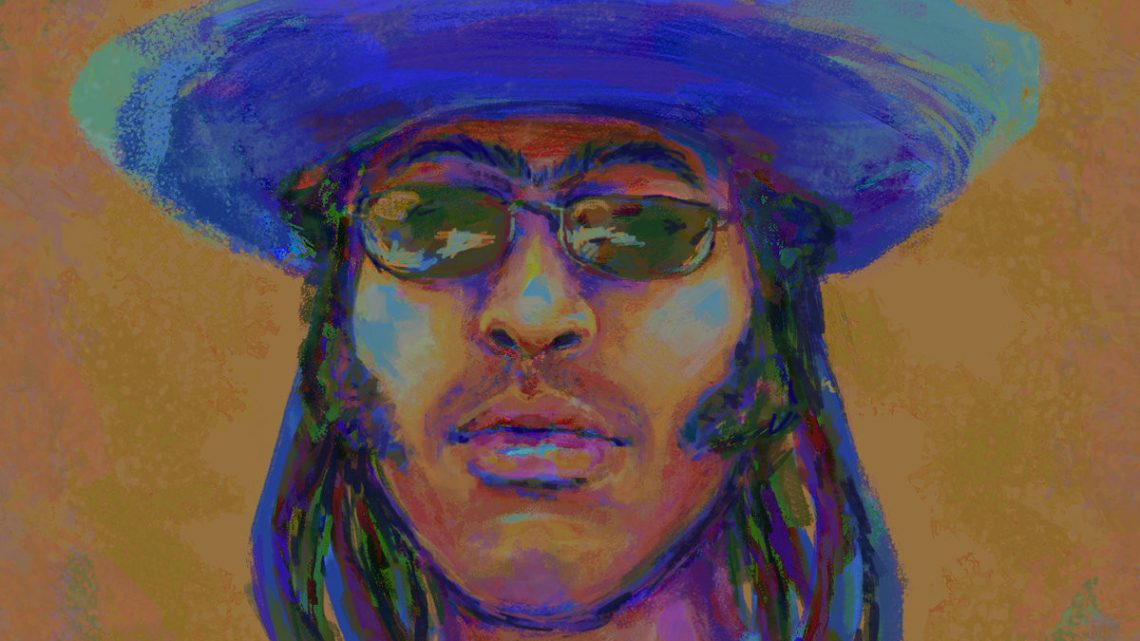 2021 is sure to bring some albums from Drake, Travis Scott, and other heavy-hitters. This list isn't for those marquee acts. Below you’ll find a non-exhaustive roundup of incoming LPs from underrated artists—albums that we have already heard and ones we haven’t but are excited by their looming existence. 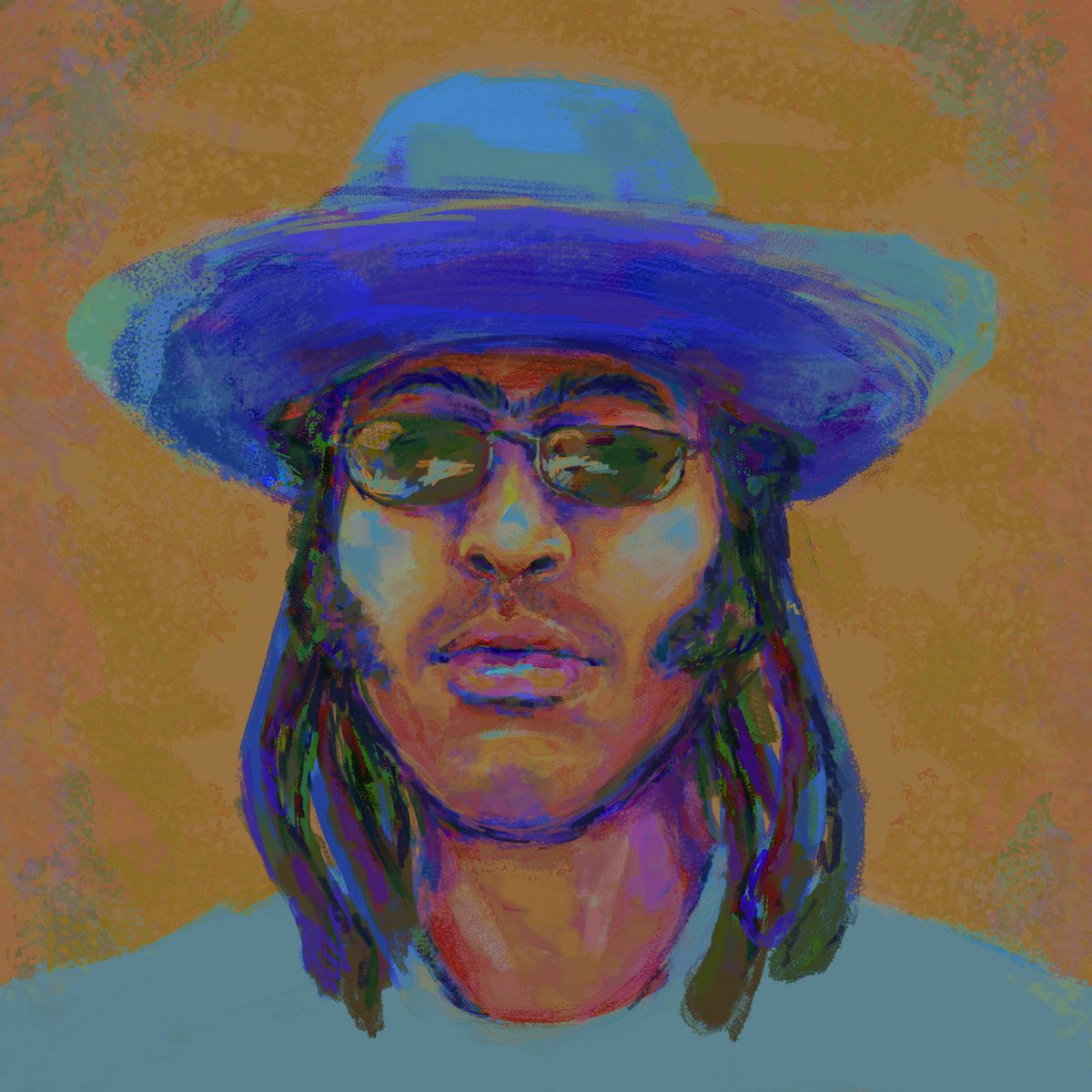 Wisconsin rapper and producer Rory Ferreira had a stellar 2020 album in Purple Moonlight Pages and he's already back with bob’s son: R.A.P. Ferreira in the garden level cafe of the scallops hotel, which is out New Year's Day. The first single "battle report" is a woozy collaboration with Boston rapper and producer Pink Navel, which kicks off the whole thing. Ferreira describes the album  as "an ode to the poet Bob Kaufman." 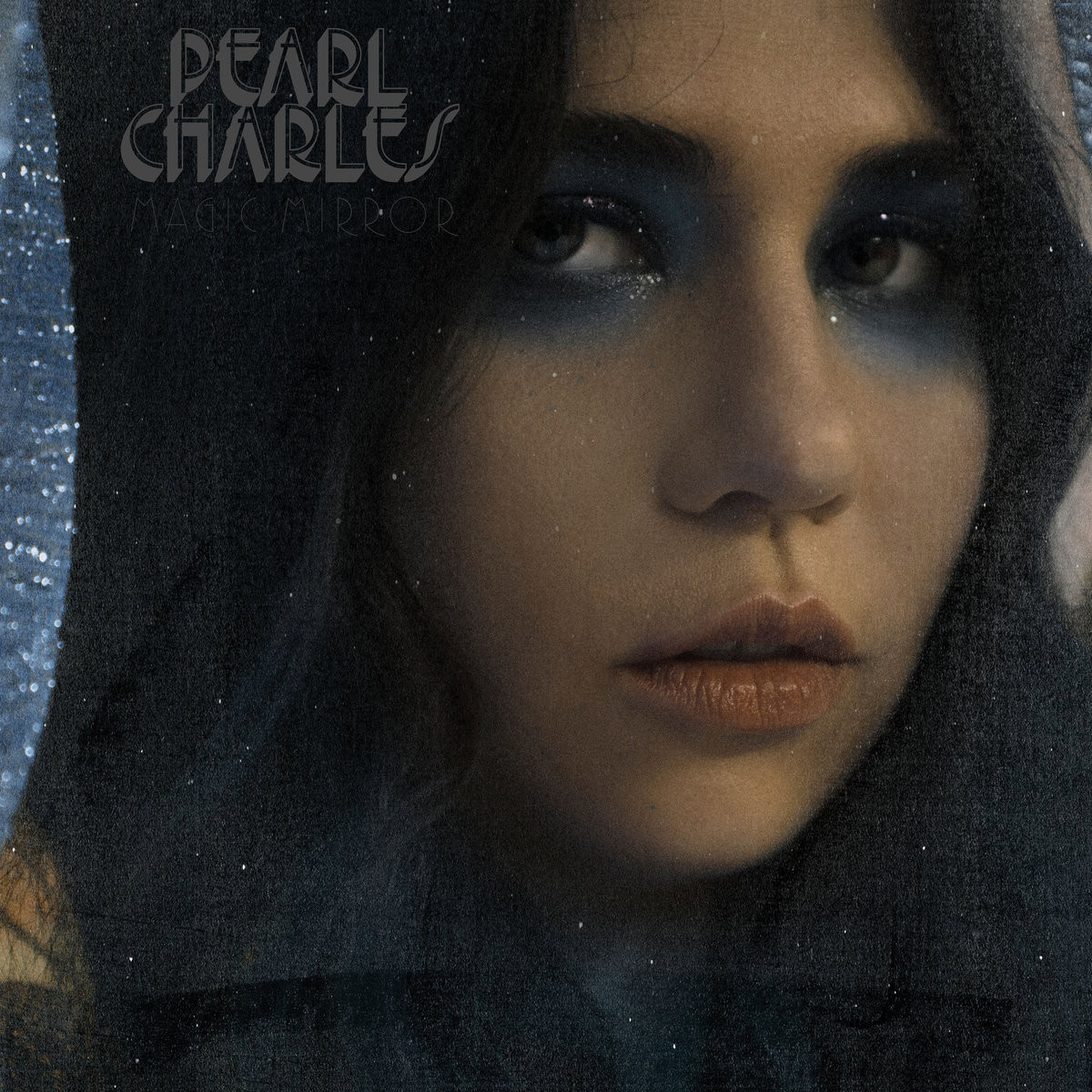 Los Angeles-based songwriter Pearl Charles makes timeless pop-rock songs that are deeply indebted to classic records from the '70s: think Elton John, Randy Newman, Joni Mitchell, and EmmyLou Harris. The three songs she's shared so far all are eclectic and immaculately produced: "What I Need" has a nice Steely Dan-style groove, "Impostor" is loaded with lush horns, while "Take Your Time" has a subtle and charming twang. 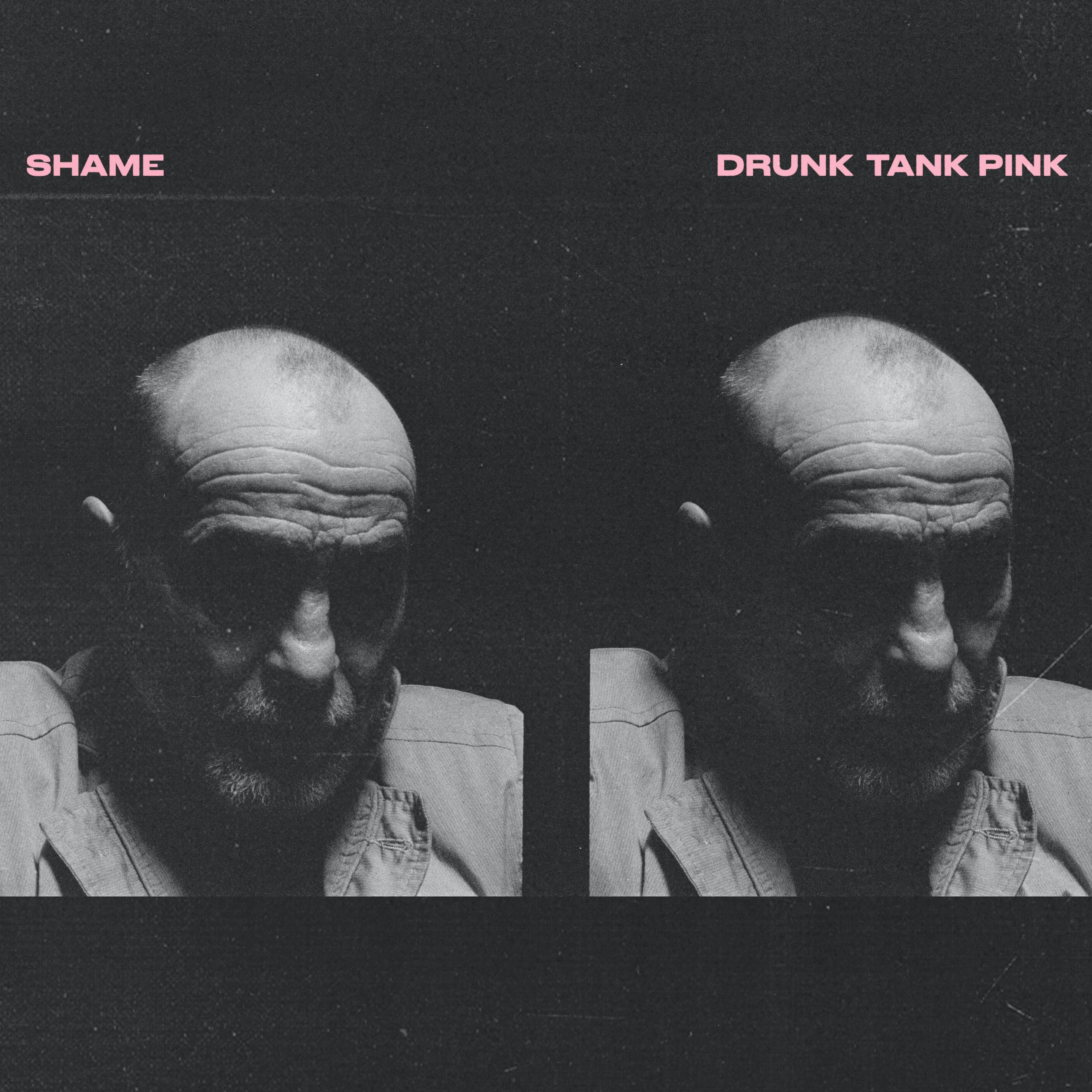 All three songs the rowdy U.K. punks Shame have released to promote their sophomore album Drunk Tank Pink are mind-blowingly good. This isn't breathless hyperbole; just listen to the blistering "Snow Day," which really goes off the rails in its final third, or the janky David Byrne-meets-XTC thump of "Water In the Well" that ones one of the best fist-raising punk choruses all year. Even the knotty "Alphabet" is a ripper. 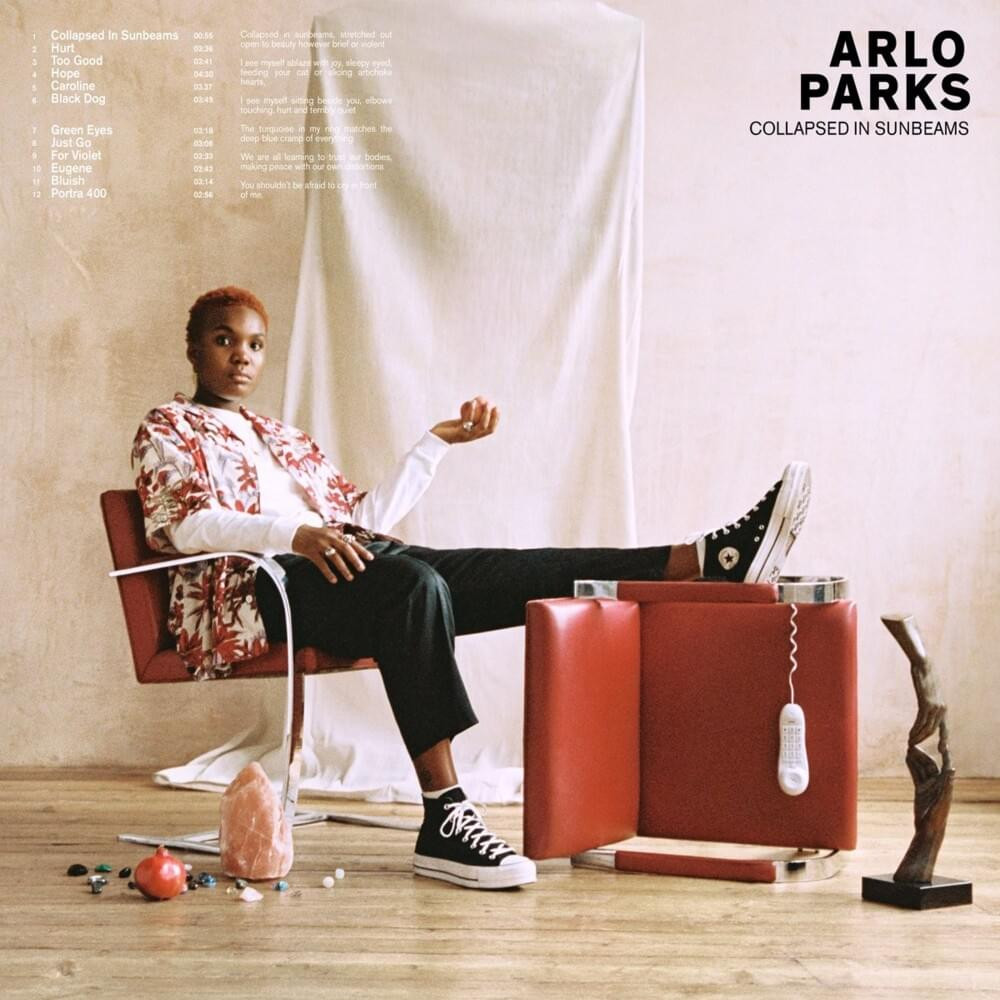 20-year-old London adventurous pop songwriter Arlo Parks is one of those rare talents that should—and likely will—be a household name. She's almost there: already getting cosigns from Billie Eilish, Phoebe Bridgers, Michelle Obama, and a Noisey Next on the strength of her several breakout 2020 songs, including "Cola" and "Eugene." Collapsed In Sunbeams is her debut, and very likely the statement that launches her to mass acclaim.

Texas band Sun June make expansive and gorgeous indie rock tunes anchored on the strength of lead singer Laura Colwell's voice. Lead single "Singing" is a good starting point for the band's many charms, as it's full twinkling guitars, a slow-burning intensity, and a wholly memorable hook. Another already-shared song, "Karen O," turns seeing the iconic Yeah Yeah Yeahs singer live into an immersive self-reflection. On the song, Colwell sings, "I saw Karen O live / In a basement in Brooklyn / Had a dream that night / That you came back to me."

There's something really special about Katy Kirby's songs: they feel diaristic in that they’re tender and vulnerable, but they're also ambitious and unfold in thrillingly surprising ways. Lead single "Traffic!" boasts processed vocals and slick pop sensibilities while the title track, "Cool Dry Place," is an all-timer heartfelt guitar jam. The Nashville-based Kirby grew up an evangelical Christian but grapples with her loss of faith and navigates difficult romantic relationships.

It's unclear what Japanese Breakfast's upcoming third album is going to sound like but bandleader Michelle Zauner has definitely been sitting on new music. Zauner, who is releasing her memoir, Crying in H Mart, in April, recently tweeted, "[The album's] been done for so long there is nearly [three hours] of new music." That's great news, especially considering she also tweeted last December, "LP3 advice: what would Randy Newman do."

At the beginning of 2020, Grand Rapids’ Major Murphy debuted several new songs at a Chicago showcase for their label, Winspear. Compared to the McCartney-inspired songs on their debut No. 1, these jagged and anthemic tracks were fuzzier and way more ambitious than what came before. While they haven't officially announced the follow-up, they seem to be teasing a new LP on social media.

Chicago band Moontype came in at 2020's buzzer with a loud and endlessly listenable single "Ferry," which announced their signing to local upstarts Born Yesterday Records. Because of their label announcement coming in at the end of the year, we can count on hearing more from this great new shoegaze-y indie rock band in 2021.

Chicago and Los Angeles rapper Noname has been working on the follow-up to her masterful Room 25 since at least early last year, when she revealed it'd be called Factory Baby. Though there haven't been concrete updates this year, she's one of the most essential artists of the past decade. Her track "Song 33" was one of the best songs of 2020, plus her work with Noname's Book Club has been a necessary and wholesome outlet to get her audience informed and motivated for justice.

Hong Kong Was In A Mental Health Crisis. COVID-19 Made It Worse.