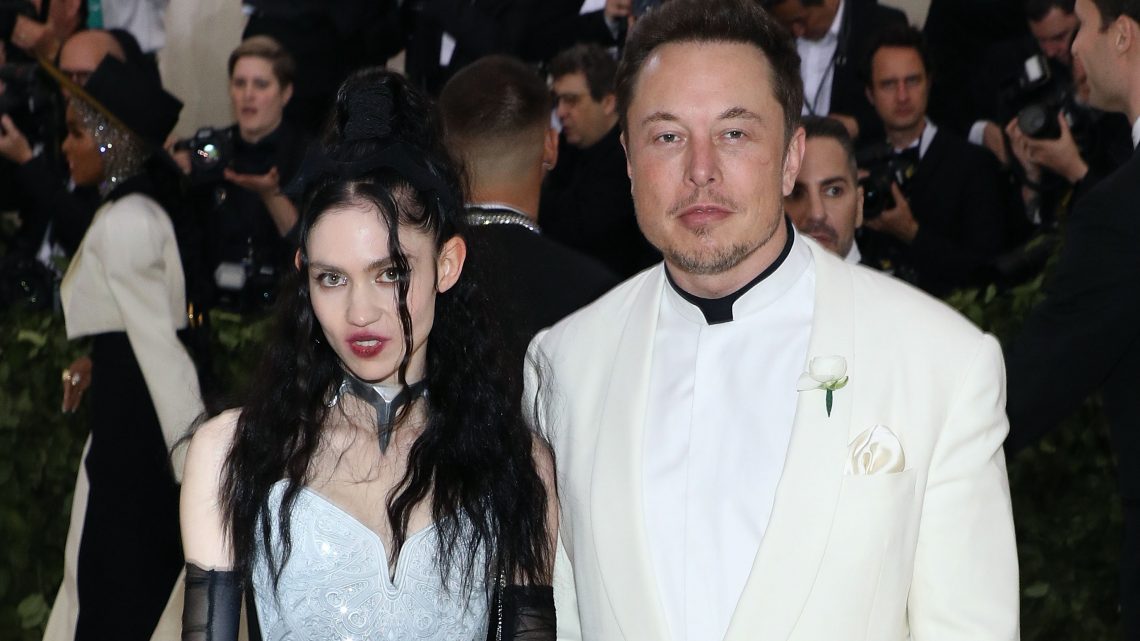 On Thursday, Elon Musk was a guest on The Joe Rogan Experience podcast and, although the episode stretched on for two hours, it only took Rogan 36 seconds to ask the most important question of the week. "How do you say the name?" he asked, referencing Musk's three-day old infant, X Æ A-12.

"First of all, my partner's the one that mostly came up with the name. She's great at names," Musk said, referencing Grimes. "I mean, it's just X, the letter X, and the Æ is pronounced 'Ash,' and then A-12 is my contribution."

He then explained that the last part was a reference to "the coolest plane ever." Archangel was the CIA's code name for the Lockheed A-12, a reconnaissance aircraft that was flown on a handful of missions over Vietnam and North Korea in the late 1960s. (Rogan laughed twice during Musk's explanation, at both the Æ and the Archangel-12 part, which might be the most relatable thing that has ever happened during his show.)

That should've cleared up a couple of minor mysteries about the infant, but in responses to commenters on Instagram, Grimes suggested that Archangel was a reference to the song of the same name by British dubstep producer Burial. She also typed out a different pronunciation. "It's just X, like the letter X. Then A.I. like how you said the letter A then I," she wrote.

Between that and Musk correcting Grimes' explanation of the name's components on Twitter, everything seems to be going great so far. And on top of all that, there's still the bigger question of whether X Æ A-12's name can even be legally recorded.

It's believed that Grimes gave birth in California, and the state specifically says that a child's birth certificate must be "completed using the 26 alphabetical characters of the English language." The Birth Registration Handbook written by the California Department of Public Health-Vital Records, says that the name on a baby's birth certificate cannot have pictographs or ideograms (yeah, like emoji).

Because Æ is not an English character—although it is a letter in the Danish, Faroese, Icelandic, and Norwegian alphabets—the handbook suggests that it would not be permitted on baby X Æ A-12's birth certificate. (VICE has reached out to the California Department of Public Health for comment.)

According to one family law attorney, the birth certificate would most likely be rejected if it included the Æ. "[W]ith the odd numbers, dashes, and symbols, it will be submitted and then rejected and they'll be asked to submit it again," David Glass told People. "They have an opportunity to appeal the rejection of the birth certificate application but it's unlikely that it will be granted because, again, California ... has been struggling with using symbols."

The Birth Registration Handbook references California State Constitution, Article 3, Section 6 in its 'English only" requirement. That entire section was added as an amendment in 1986, and it formally declared that English is the official language of California. "This section is intended to preserve, protect and strengthen the English language," it says, adding that "the Legislature shall make no law which diminishes or ignores the role of English as the common language of the State of California."

The amendment has also been used to prohibit the use of any diacritical marks on birth certificates, death certificates, and marriage licenses that were issued in the state. The ban on accents, cedillas, tildes, and umlauts wasn't challenged until 2014, when the state Assembly Committee on Appropriations determined that it could cost "in excess of $10 million" to update the computer systems at the Department of Public Health and the DMV so they could handle Sebastián, Sébastien or, um, Beyoncé.

Three years later, Assemblyman Jose Medina tried again, proposing Assembly Bill 82, which required that any diacritical mark on an English letter should be "properly recorded" by the State Registrar. “A name is closely tied to a person’s identity, history, and heritage,” he said. "It should be accurately represented on important documents, and parents should have the right to choose a name without government interference."

The bill passed through both the State Assembly and the State Senate, before being sunk by then-governor Jerry Brown, mostly for those same IT-related reasons. "Mandating the use of diacritical marks on certain state and local vital records without a corresponding requirement for all state and federal government records is a difficult and expensive proposition," he wrote in his veto message. "This bill would create inconsistencies in vital records and require significant state funds to replace or modify existing registration systems."

So X Æ A-12 might be out of luck, unless Elon and Grimes drop the dash, the digits, and that Æ symbol that both of them seem to both pronounce differently. Good luck, little guy!

‘Am I On?’ Joe Biden Just Did a Virtual Town Hall From ‘Tampa’ and It Didn’t Go So Well