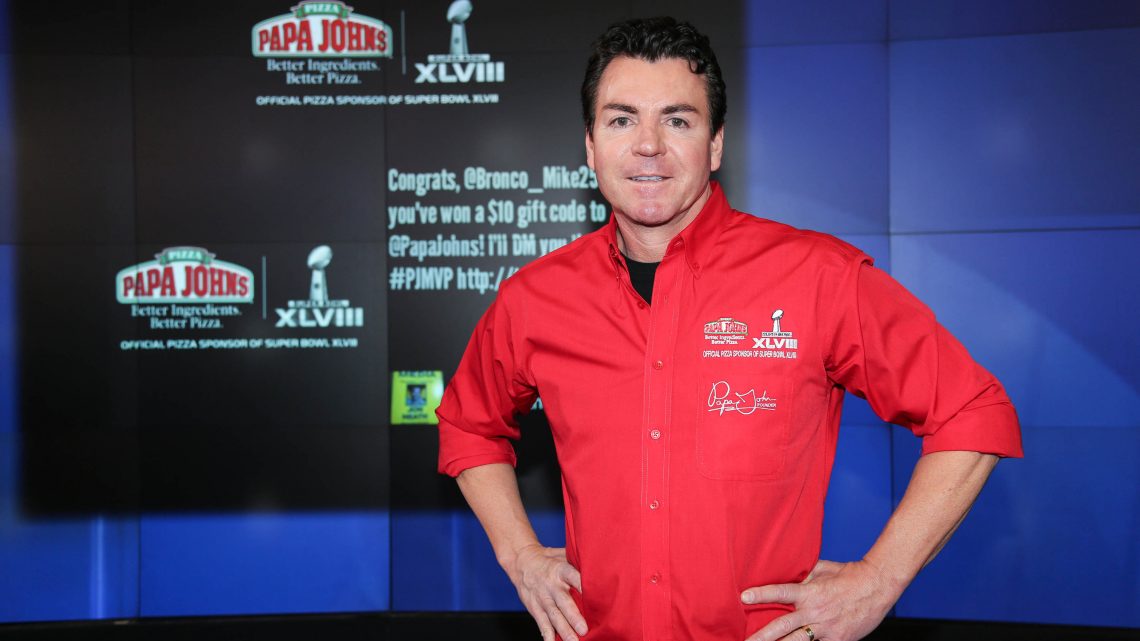 Last November, 'Papa' John Schnatter did an interview with Louisville, Kentucky television station WDRB, which would've been memorable if all he'd done was sweat profusely on camera for almost five straight minutes.

Instead, he sweated profusely and talked trash about his successors at the pizza company he founded, and made a threat that would've sounded more ominous coming from a man who wasn't wearing a shirt embroidered with his former high school's logo.

"I would just say 'Stay tuned. The day of reckoning will come. The record will be straight," he warned. "Stay tuned. Stay tuned, [it will happen] sooner than later."

But during his appearance on the H3 Podcast this week, Schnatter did set the record straight—and he admitted that he really didn't eat all of those pizzas.

Schnatter also said that his pizza consumption had dropped since he left the company. "I probably eat eight or nine slices a week," he said. "When I was at Papa John's I was probably eating 12 or 15 because we were always testing new products." (This double revelation probably means that he was fibbing when he said that his New Year's resolution was to "beat his record" of 40 pizzas in 30 days. )

In the wide-ranging, almost two-hour interview, Schnatter revealed that he doesn't want his old job back, and that he doesn't want to be CEO or on the company's board of directors. "Let it run its course," he said of Papa John's new executive team. "So far it's not been good. Nobody on the board has any pizza experience."

Schatter said that "everyone," calls him Papa—except his former wife, who was alright with just using his actual first name. (He also admitted that that he was "slowly but surely" getting back on the dating scene, in case there are any women out there who like embroidered shirts, occasional racist language, and a man who takes bites out of 40 different slices of pizza every month.)

Schnatter also admitted that he has tried Papa John's new 'Papadia,' which he shrugged off as a "lousy calzone," instead of a true quesadilla. "I would not have put all my eggs in that basket, that's for sure," he said.

Hopefully that's not the day of reckoning that we've all been waiting for.