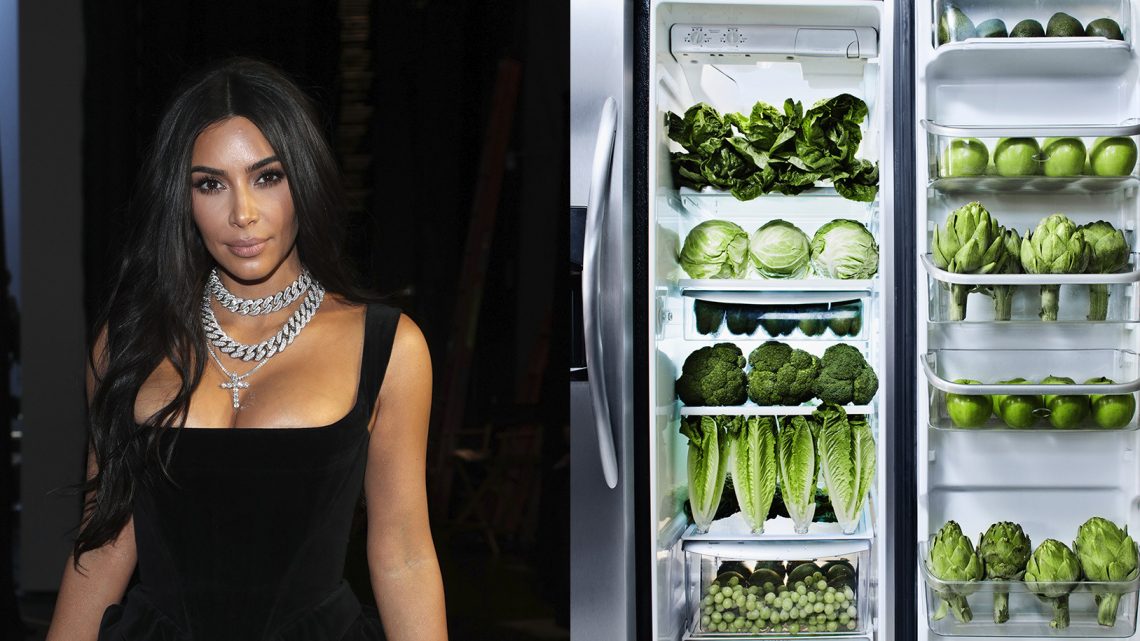 For a time, Yolanda Hadid's refrigerator hosted a gallery of modern still life paintings shared on Instagram. Neatly lined up bottles of Perrier served as a backdrop for a bowl of oranges in a rustic wicker basket, a roasted chicken on a platter, or even a fully decorated gingerbread house. The custom structure itself was impressive; Hadid channels her inner Cézanne, stepping into a compact marble room with glass shelves meant to be displayed through floor-to-ceiling glass doors.

The fridge first got a taste of the spotlight on Real Housewives of Beverly Hills, where it transitioned from background player to scene-stealer, eventually earning its own chyron suggesting it is a character of its own. In 2015, its identity became Instagram-official as Hadid created @YolandasFridge to document the fridge’s rotating bounty. The account is dormant now after a divorce and a move to a farm on the East Coast, but it lives on every time you see a Sub-Zero refrigerator with glass doors on Instagram. “A lot of copies are being made, and I’m proud of that,” Hadid told Bravo.

There’s been a shifting trend in the peeks into the lifestyles of the rich and famous we've craved since the heyday of Cribs, when audiences were wowed by Mariah Carey's walls of stilettos and decadent bathtub. The garages and apartment-sized closets that previously starred in celebrity home tours have been replaced with rows of bottled juice and dozens of identical canisters containing items like dry lentils (which it's safe to assume these homeowners are unlikely to ever put in a pot themselves). Voyeurs now care about seltzer brands, not Jimmy Choos.

The Kardashians were quick to seize the opportunity to turn a mundane aspect of life like putting away groceries into aspirational lifestyle content, as they do. Keeping Up the Kardashians viewers know that a display of dozens of unpackaged Oreos meticulously stacked in a glass container is a curiously ubiquitous feature of their homes. On Kylie Jenner's now-shuttered app, she once bragged about stocking her fridge with Just Water, Will and Jaden Smith’s boxed water brand, ahead of its release to the public: “Just Water is like, the best water ever. It’s not out yet, but it’s really bomb if you ever see it in stores.” Water as a status symbol, water not even available for ready money, is par for the course in the modern celebrity fridge. In the Kylie Cosmetics office, Jenner has taken the pathological pursuit of luxury to its logical conclusion with a dedicated Champagne bottle vending machine.

After Kim Kardashian West caught heat for the droves of single-use plastic bottles fans viewed in her refrigerator on Instagram stories, she swapped the offenders for glass VOSS bottles and gave a new tour of her kitchen—which is actually several rooms, beginning with the cavernous pantry and containing more refrigerators than you can count on one hand. Kim has a fridge for her kids, a fridge just for beverages, a fridge for her gym. She shows off a walk-in fresh foods fridge with a layout familiar to anyone who has shopped for produce at Costco. Then there’s yet another fridge and freezer on the other side of the mini-complex, so you don’t have to complete the admittedly daunting task of trekking to the other side of the kitchen island for oat milk.

Kardashian West’s recent fridge makeover comes thanks to the Home Edit, a company serving as organization influencers to the stars that will make you believe every home needs glass canisters of Skittles dutifully sorted by color. The company’s founders, Clea Shearer and Joanna Teplin, are on track to personal fame as well; they have a YouTube series with Reese Witherspoon’s Hello Sunshine production company and an upcoming Netflix show in the works.

The Home Edit does not strictly focus on kitchens, but they might as well, as they’ve perfected the dominant Instagram food storage aesthetic and plopped a bright white filter on it, suggesting otherworldly levels of cleanliness. I’m giddy with anticipation of the reveal when I see they’re working with a new celebrity, like Dan Levy, and have declared my love of Mandy Moore’s pantry in numerous conversations unprompted. When Moore sees her made-over pantry for the first time herself, she reacts as if a major plot twist on This Is Us is unfolding before her eyes. It’s not pragmatic to stack a dozen unwrapped paper towel rolls in your pantry, but it’s a quiet thrill to witness such pristine impracticality.

Unlike Marie Kondo’s KonMari or the Tiny House movement, which focus on minimalism and small spaces, this school of home organization is not about having less; it often involves buying more, as the elements of design help determine which foods will be purchased, though not necessarily consumed. In a video with YouTuber Mallory Ervin, Shearer and Teplin are fixated on finding a green cereal to complete a series of rainbow shelves, so they purchase one that serves no other purpose. “This cereal is beautiful up there,” says Irvin breathlessly. “Everyone’s like, are you really gonna eat that cereal?’ Not the one that they picked the different colors from. I ain’t gonna eat that one, no way. But the ones that we actually eat? Like yeah, of course!”

The thought behind the look is that you are more likely to eat things you can actually see, which seems plausible. But eating is also literally a disruption of the aesthetic.

Frequently, these kitchens seem more like part of glamorous bunkers than homes, albeit bunkers full of glass canisters uniquely unqualified to survive an earthquake in Southern California. In times of increasingly environmental scarcity, abundantly stocked refrigerators and pantries are a fitting humblebrag to communicate who is set to survive end times. Dripping in Balmain is a luxury, certainly, but it pales in comparison to hoarding life-sustaining natural resources for their aesthetic value. Now that’s a flex. Let them refrigerate cake indefinitely.