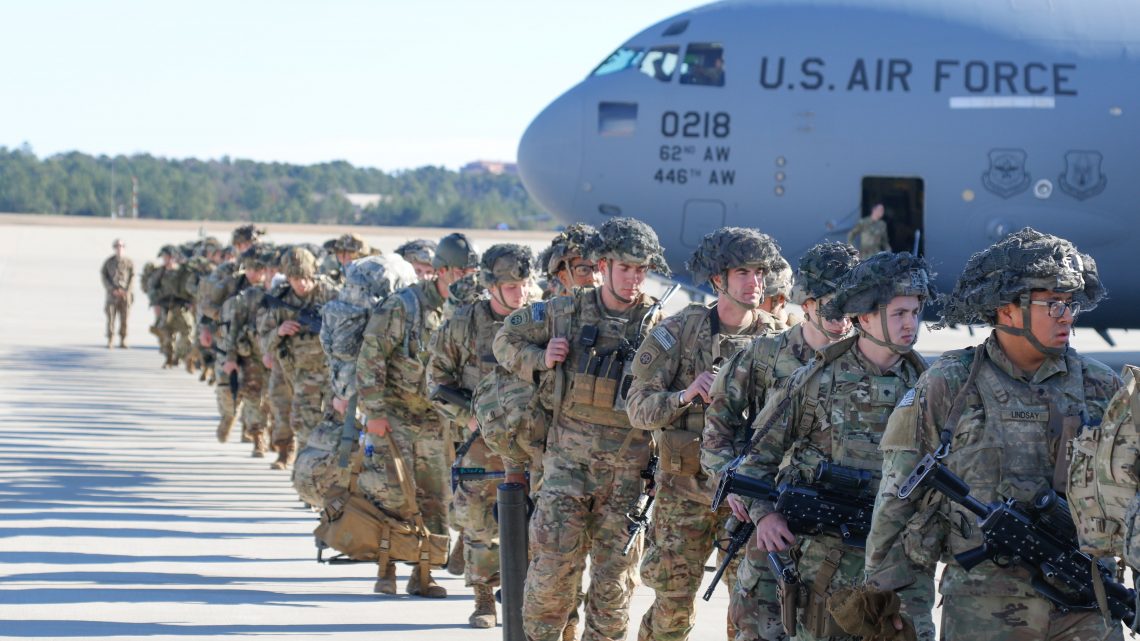 American Paratroopers Were Denied Entry to Iraq After Soleimani Assassination

Sunday, the Iraqi parliament held a historic vote in favor of ousting all U.S. forces. Days earlier, American troops seeking to enter the country to defend U.S. assets and personnel were denied entry, VICE has learned.

More than 3,000 paratroopers from the 82nd Airborne Division were sent to the region last week after the assassination of Iran’s General Qassem Soleimani. Soldiers from the division were, according to sources familiar with the situation, prevented from entering the country by the Iraqi government after the killing—well before the vote among lawmakers took place.

The denial of entry illustrates the severity of the chaos the Trump administration has caused. Just after the assassination of Soleimani, the U.S. government couldn’t fully count on its ability to get troops into Iraq to protect U.S assets with the complete approval of the Iraqi government. Meanwhile, State Department officials were urging American citizens to exit Iraq through the very airport the U.S. had attacked without warning, and the embassy that had been attacked wasn't a credible refuge.

It wasn’t immediately clear which elements of the 82nd Airborne were unable to enter or why they weren’t allowed to do so. Paratroopers from the division were, VICE has confirmed, later able to enter Iraq. The U.S. military’s Central Command declined to comment.

Know anything we should know about what's happening? Using a non-work computer or phone, you can contact Ben Makuch securely on Wire @benmakuch. You can also reach him via email at ben.makuch@vice.com , or on Twitter @BMakuch.

The Trump administration sent thousands of soldiers from the Fort Bragg-based 82nd Airborne Division to assist U.S. troops in the region following the killing of Soleimani, a commander in the Islamic Revolutionary Guard Corps (IRGC) and leader of the secretive Quds Force. This came days after protestors—many linked to the Iran proxy Kataib Hezbollah—violently descended on the U.S. embassy in Baghdad.

The paratroopers are currently stationed in neighboring Kuwait in order to support other U.S. forces in the region at a moments notice. American troops in Iraq are there solely on the invitation of Baghdad to fight ISIS and support its military, a mission that has largely drawn to a close, and not to fight Iran-backed Shiite militias which now threaten U.S. entities in the country.

The killing of Soleimani has made a powderkeg out of a fragile country torn apart by years of war and risks a broader conflict within the region. In the aftermath of Sunday’s vote, Donald Trump threatened to commit war crimes and Iran continued to vow revenge against the American government.

Two Old Guys Reveal They Know Nothing About Vaping