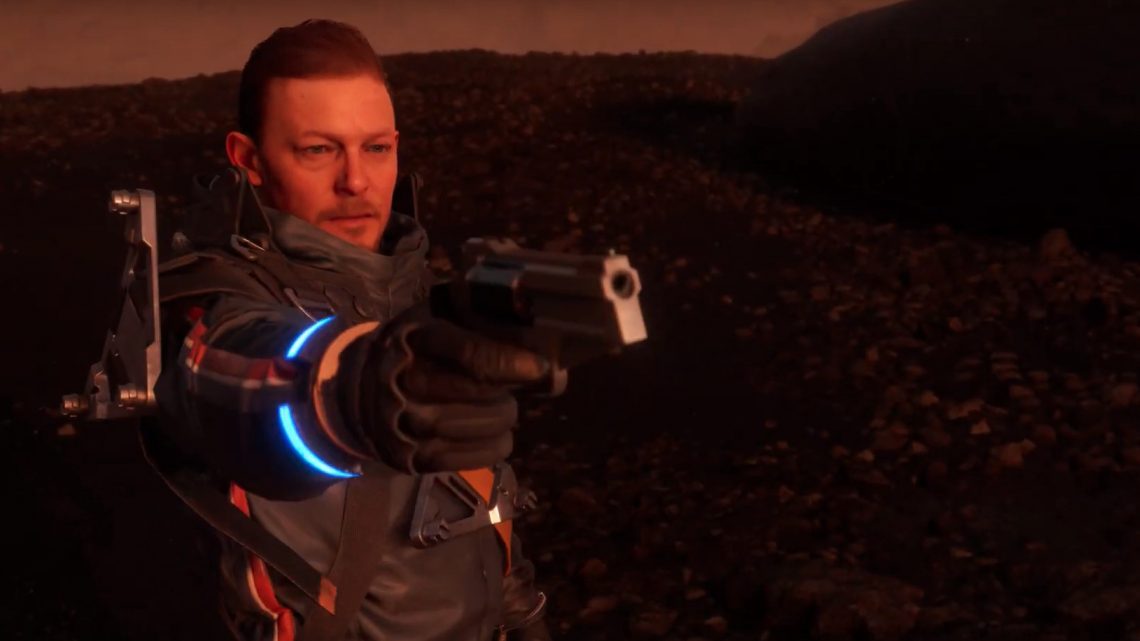 ‘Death Stranding’ Had the Video Game Mechanic of the Year

Video games have given us a few ways of interacting so absurd yet undeniably memorable that they've become memes: Call of Duty's "Press F to pay respects" and L.A. Noire's "X to doubt" certainly come to mind. 2019 gave us some pretty great button pushes—like Sekiro's satisfying deathblow—but only one really belongs in the upper echelon.

It's simply got to be "R2 to hug" in Death Stranding.

Kojima Productions' first game doesn't erase violence from the world; rather, in a world shaped by and steeped in violence on the largest possible scale (atomic blasts and ultimately extinction), it favours connection and aid between people. The game's long, uneven, and utterly spectacular finale includes a mechanic that is essentially a quiz on whether you've internalized its message. You're Sam Porter Bridges, and you're on the "Beach" (an interzone between life and death) with your sister Amelie, whom you've learned is really an "extinction entity" that could take humanity out for good. She offers Sam a way out, though, and gives you a handgun.

"But wait," Sam says. "I don't know what to do." Amelie replies, "Sure you do, after everything, how could you not?" Cut to Sam training the gun on Amelie as she wades into the water.

If this was any other game, I might have shot Amelie right there. That's what you mostly do in video games: shoot the bad guys to save the world. But I knew in my heart that this just couldn't be the answer, not in Death Stranding. This is a game that makes the act of killing someone—disturbingly common and unremarkable in many games—a weapon of mass destruction, as unattended bodies can cause "voidouts," essentially nuclear detonations. I had spent 80-ish hours avoiding intentionally killing anyone, and the game gives you plenty of non-lethal tools to accomplish that goal. There was just no way that shooting Amelie was the path forward, and yet that seemed to be the only option available to me as a player. So, I did the only other thing I could think to do. "Thinking" might be overstating it, even; it was naked desperation.

Unsure of the outcome, I clumsily ran into the water towards Amelie. When I got to her, Death Stranding presented me with an unexpected prompt: R2 next to the word "hug." I pressed it.

Sam hugs Amelie, and the pair weep in a joyous embrace. Amelie tells Sam of his efforts to connect people throughout the game, "You found the common thread, the strand that links them together. And you did it the only way possible: to live life one day at a time."

And for the second time while playing Death Stranding, I cried.

That this brief moment worked so well to deliver on the game's central themes is all the more incredible when you consider how convicted Hideo Kojima was when he described the game as being about connection way back in 2016. 2016! What a different world it was then. In the intervening years Death Stranding's message implausibly became more resonant, finally landing with an embrace that felt like a perfectly-timed gut punch in 2019, when America (and the world) seems more cruel and bitterly divided than ever as the far right consolidates power. Still, hope is fragile, but it's there.

Something about this sprawling, imperfect game's theme of human connection and how the mechanics, visuals, story, and animations all communicated it in this deeply melancholy-yet-hopeful way just… got me. Fuck. And that one moment—so unsure of what would happen, yet so convinced that trying to reach out and connect was the only real choice—hammered it home in truly stunning fashion. (I looked up what happens if you shoot Amelie first, and a fail-state and a restart definitely seems like a less inspiring experience. Even Death Stranding has its limits.)

My moment with "R2 to hug" encapsulates a lot of what I love about video games. It asks the player to meet the game halfway, to be in a conversation with it, and generates a genuinely emotional moment from that. It's also funny! Video games have limited inputs, and trying to communicate big or off-kilter ideas when your options are variations on "press square plus triangle" is necessarily a compromise. The result is often absurd and hilarious, but ideally affecting. "R2 to hug" is all of these things.

There's a reason that Death Stranding's first in-game song—a plaintive, striving anthem that cues up as you crest a jaw-dropping vista—is called "Don't Be So Serious."

How Elf on the Shelf Became a Surveillance State Apparatus