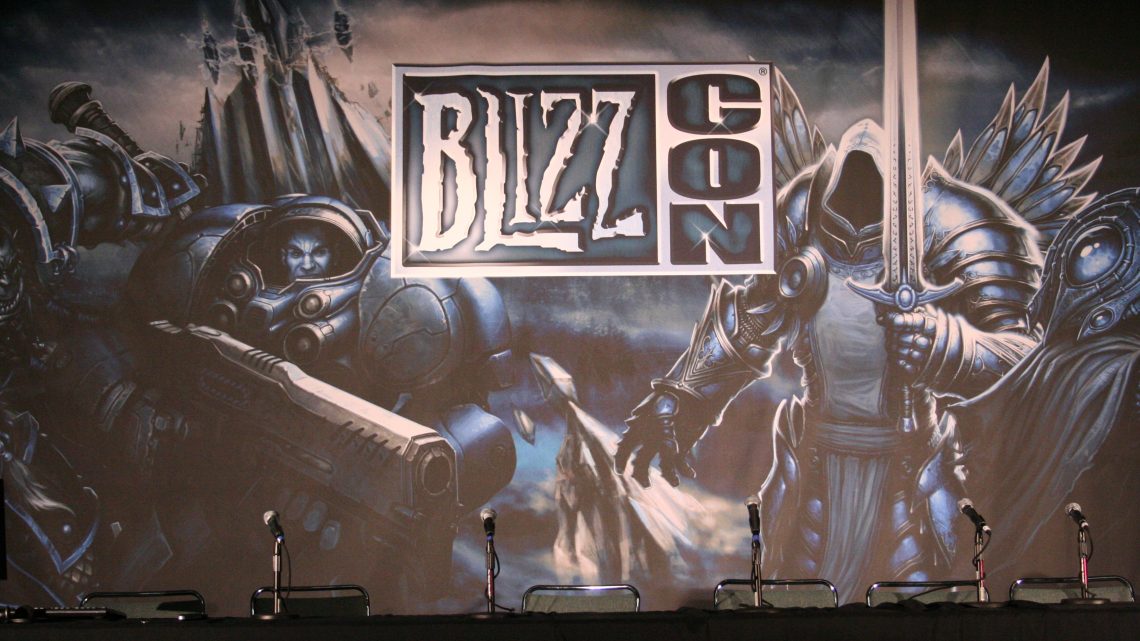 Blizzard, Like Any Corporation, Can’t Be Trusted To Care About Anything Past Profits

As much as any corporation says it will espouse certain values, you can absolutely count on them to drop those values if it threatens their bottom line. Blizzard's recent actions against a player coming out in solidarity with the Hong Kong protests are a prime example of this. Even with employees asking management to explain these decisions, they've yet to issue any formal statement. It's gotten to the point where right's organizations are getting involved. We discuss this complicated issue on this week's Waypoint Radio. You can read an excerpt and listen to the full episode below.

Austin: Maybe I'm strawmanning this, but let me strawman this for a moment and propose, that I suspect that if you sat down with the folks running the NBA, if you sat down with Apple, if you sit down with Blizzard, if push come to shove you asked someone in these businesses "Why is it important to work with China?" they would peddle something about soft power dressed up. They would say "Well, we think over a long enough time, being part of the marketplace helps spread democratic values. We like to give people the option of choice, we think being part of this culture helps to create a broader global community. We think the NBA is an important in road to the people of China, [to] provide a cultural bridge between our peoples. We think that esports is a place that can bring these communities together long-term."

Again, all that stuff is like soft pedaled soft power shit. [Where they're saying] "hey, changing the world doesn't need to be done at the end of a gun, it can be done with culture. It can be done with the spread of a homogeneous vision of what entertainment looks like." And yet, here they walk that back and say "But if you're going to be making that culture for us, if you're going to be a player in our league, or in our e-league, no, you can't you can't actually [engage in that change]" The promise is that the marketplace and the shared culture will make it so that "China will look more like America. In China, eventually, you will have wide range freedom of speech. But in order to get there, shut your fucking mouth. Don't ruin this by speaking first."

And that is where the whole thing ends up falling [short], that whole project, the project of "we should let business be our guide in bridging these these gaps, in changing the world" falls apart because it reveals that underneath it all is a willingness to be deeply hypocritical about that. If the NBA's long-term goal is building bridges and trying to reshape this part of China so that it is more like us, if the method to getting there is "James Harden has to shut his mouth or apologize," if Blizzard's idea is "well we think's games connect everyone around the world." Well, you've immediately, literally disconnected people by saying "you can't be in this league anymore because you've spoken out. Because you've used your your right to free speech in a way we're not comfortable with."

I just want to underscore, speaking for myself at least, I think this is a huge mistake on Blizzards part. I can believe they did this, but it is frustrating and I hope that they–

Patrick: It's understandable to some degree, the moment you allow some level of political speech where do you like start drawing that line? And so I can see why and esports platform would be like "You know what? Sorry, [no political speech] all across the board, not going to allow it." But then to take his money away? I think that's where–

Austin: To take his money away! It's wild, man!

Patrick: And a full year ban. It's the disproportionate response that feels like it's sending a really chilling message along with it. I think that's what's led a lot of people to be as angry as they are. And with no real explanation to go along with it. It's been humorous to watch the NBA fumble their way forward. For people who don't know, part of reason this is blowing up with the NBA is because it's the preseason, and part of the preseason in the NBA is a do a lot of games internationally, and the Rockets specifically have a hugely profitable a team is very popular in China because they had a player from China. So they're constantly in front of cameras forced to explain themselves, over and over again. So you get people like Steve Kerr, Greg Popovich, people who otherwise would go on for 15 minutes to eloquently speak on any subject pulled out of a hat, and on this one they're like "Ah, you know, mmm. Next question."

Austin: But it was tied to this! This is the thing that's fucked up! This is why it's such a weird onion to unpeel. If you go back and look at the reactions to the Diablo mobile game, half of it was weird yellow peril shit! Half of it was "The Chinese are going to make that game. They're just going to make a Chinese mobile game." There are so many layers of grossness layered on top of each other here, that includes the response to that specific announcement. It is a lot. To your point, you're right, 3 weeks from now what happens?

Patrick: Yeah, they have live Q&As. At this point I expect them to not say anything. I expect him to try and just do what a lot of other [companies have done]. [I don't know] if the NBA has helped their cause by trying to talk through it. I think Blizzard is just going to shut their mouth and roll to BlizzCon and [say] "Diablo 4? Here you go!" But you know, the little [I've heard] from the folks [at Blizzard], it's a very stressful time. You have a company acting in a way that does not feel in line with the values of a lot pf people there and, pfft, I know that feel. That's gotta be frustrating.

Austin: Really quick, I just want to go back and clarify one final point that I made before, but maybe I didn't put the capper on it. When I talk about that double speak and the double think, when you say with your mouth that the reason you want to be part of the cultural imperialist project is you want to make parts of the world where there is oppression or human rights violations happening more like the liberal west, but at the same time you're you're kind of retracting, or silencing people who speak against your own involvement in those places, or who speak against the oppression in those places.

The underlying thing for me is: those companies don't give a fuck about human rights violations. There might be people in those companies who care about those things, for sure, of course there are. You look at the Blizzard campus, people are fucking pissed. You mentioned before, people that the statue [on the Blizzard campus] are going out and showing "hey, we are not upholding these values that you say we have." Because, as a company, they don't have those values. Not as a collection of individuals but, as a profit-driven organization–

Austin: Exactly, exactly. And it's marketing often to the people who work there. "Why should you come to [work] at Blizzard? Because it's a family, because he are the values we espouse."

Patrick: And people believe it. When you talk to folks [that work there], that has been part of the Blizzard ethos. That ethos has sort of fallen apart in like the last couple of years specifically, but that's not bullshit. That is propaganda in its own right, but people believed it. [They thought] this is a good place to work, with good people, who make good things, and we're making the world a better place. That was a mantra that people believed in.

Austin: And worked towards, they aspired to it. I'm not saying the people in the trenches and in the cubes are not working towards– it's probably an open office, probably no cubes– but at desks, are not like "How do I achieve my best self and make this place better." But as a kind of freewheeling, or as a living organism, you cannot trust the corporation as a thing, as an institution, to think about human rights violations. Only insofar as it impacts profit. Really truly only that much. You cannot count on it to change the world except to find new vectors for profit, and sometimes [those] vectors are "looking the other way from human rights violations" or "working with companies or nations that are are continuing to pursue them." Rob, you had something else here, too.

Rob: I was going to say I think you can count on companies, but to do the opposite of what you want.

Rob: Any sort of "golden era" of American corporate governments or labor and management partnership was itself founded, and we talked about this a couple of weeks ago, this idea that liberalism pretended that tensions that were sort of settled in blood, sweat, and tears were somehow default states of nature that you didn't have to maintain anymore, that you didn't have to be a countervailing force against. Any sort of golden era of American business was sort-of founded on people forcing companies to change the way they did business, forcing them to change their behavior, change the things they prioritized. That work was incomplete, and incomplete in its success.

But I think if you follow Edward [Ongweso] over at Motherboard, one of the stories that he's been covering lately is all the tech firms in tech workers who find that their work is associated with the work that ICE does. That GitHub has a contract with with ICE to allow ICE to use GitHub contributions to build software. These are things that both when it comes to repression in China, or repression and human rights abuses here in the United States, there are a lot of people who didn't think their work was part of that, or didn't want their work to be part of that.

And what they find again and again is, as an employee, companies don't want you thinking about that. They don't want you to feel like you are entitled to have an opinion or a position on whether your labor should be furthering or advancing these interests. And that's the thing they're desperately trying to ignore.

Blizzard Doubles Down, Says It Will Continue to Silence Players on ‘Official Channels’