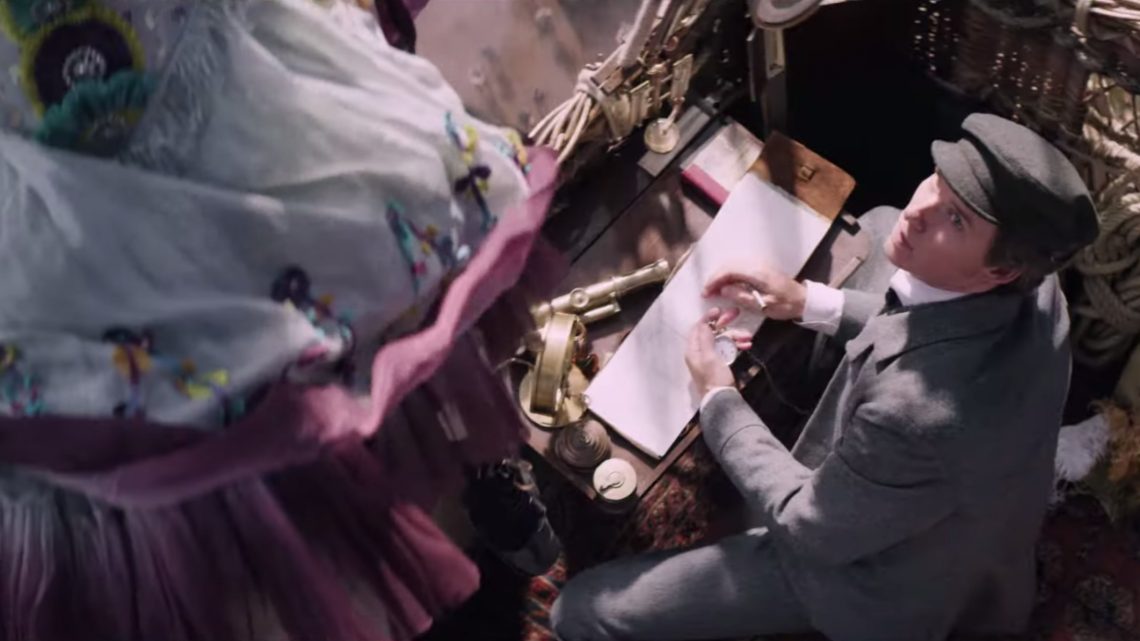 The Aeronauts is gearing up to be the strangest Oscar bait of 2019. Eddie Redmayne and Felicity Jones in another period drama only a few years after The Theory of Everything? Wearing extravagant Victorian costumes? Riding in a, uh, gas balloon? Sure, a Victorian balloon survival thriller or whatever may not be as abjectly horrifying as another certain movie clawing its way towards an Oscar this December, but it's hard to deny that Aeronauts feels more like movie Mad Libs than an actual film.

On Friday, Entertainment One UK released a brand-new trailer to prove that, yes, The Aeronauts is a real movie—and the visuals actually look pretty breathtaking. The two-and-a-half-minute trailer spends a lot of time showing off the dazzling in-air CG that Variety gushingly compared to Gravity, but it still refuses to answer the one pressing question that the world has been asking since the first teaser dropped back in August: Namely, where do they poop up there?

Think about it: They're in the air for a while. They're humans with functioning gastro-intestinal tracts. This is bound to happen at some point. But where? That gas balloon basket is pretty small. The movie is about two intrepid adventurers on a perilous journey to learn about the weather (that's the plot, right?), so there's little room for modesty, but still. Did they just bring a bucket?

And if so, where is it? The few shots of the balloon basket's interior shows that it's mostly filled with ropes, sandbags, and Redmayne's character's science stuff. There is no appropriately-sized recepticle in sight. A glaring design oversight? Perhaps.

And even if there is a bucket, hidden away but ready to be unearthed and awkwardly utilized mid-flight, then what? These Victorian-era characters don't seem like strident followers of a hardcore camper's "pack it out" school of thought, so they're probably just dumping the bucket over the side, right? The trailer is full of shots of Redmayne and Jones soaring over lush vistas across the English countryside, but it doesn't pause to consider the trail of fetid human waste plummeting from the skies in their wake. These are the things we need to understand. These are the answers we demand.

The Aeronauts is out in the US on December 6. We better at least see the poop bucket.

Netflix Is Really, Really Sad It Didn’t Pick Up ‘Fleabag’

Hallelujah, Skinny Pete and Badger Are Both in the ‘Breaking Bad’ Movie