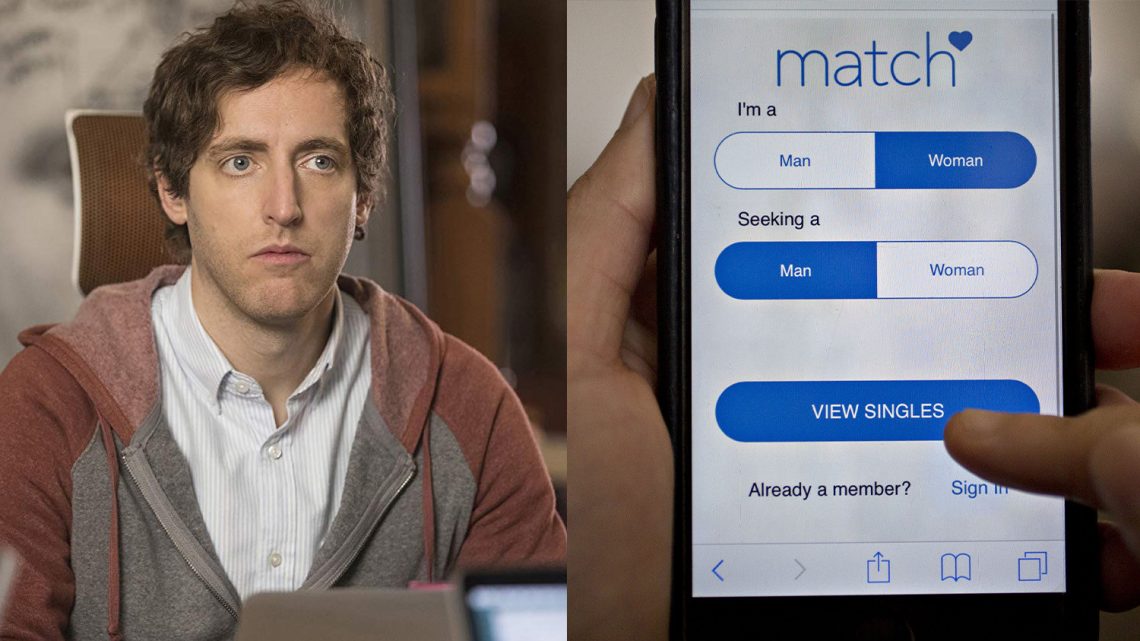 The ‘Silicon Valley’ Creators Are Making a New Show About, Uh, Match.com

Way back in the mid-1990s, Gary Kremen started the world's first dating site, Match.com, with the help of a $2,500 loan. Since the internet was still relatively new, URLs were still readily available, and Kremen decided to scoop up "Sex.com," too, thinking it could help with his dating service but also presumably just knowing that Sex.com is a great site to own.

Unfortunately, the URL was subsequently stolen by another guy, Stephen Michael Cohen, who started raking in the kind of money that only a website called Sex.com could bring, and Kremen wound up in a legal battle that stretched well into the 2000s. The whole saga was recently spelled out in David Kushner's latest book, The Players Ball, and now, the birth of Match.com and Kremen's long battle with Cohen is coming to the small screen, too—all thanks to the duo behind Silicon Valley.

TBS just gave Silicon Valley co-creators John Altschuler and David Krinsky the green light to shoot a pilot for a series based on The Players Ball, Variety reports.

Kushner himself is attached as an executive producer, with production outfit the Gotham Group leading the project. The as-yet-untitled series is the latest tech-based series from Altschuler and Krinsky, who created HBO's Silicon Valley with Office Space mastermind Mike Judge back in 2014.

Silicon Valley's sixth and final season will premiere later this year, bringing the series to a close and, presumably, giving Altschuler and Krinsky space to get rolling on their Match.com origin story. The project is still in its early stages, so it's unclear when, exactly, it will make its way to TBS. Until then, give an except of The Players Ball a read over on Rolling Stone and get ready to watch a couple dudes wage war over a sex URL on TV, everybody!