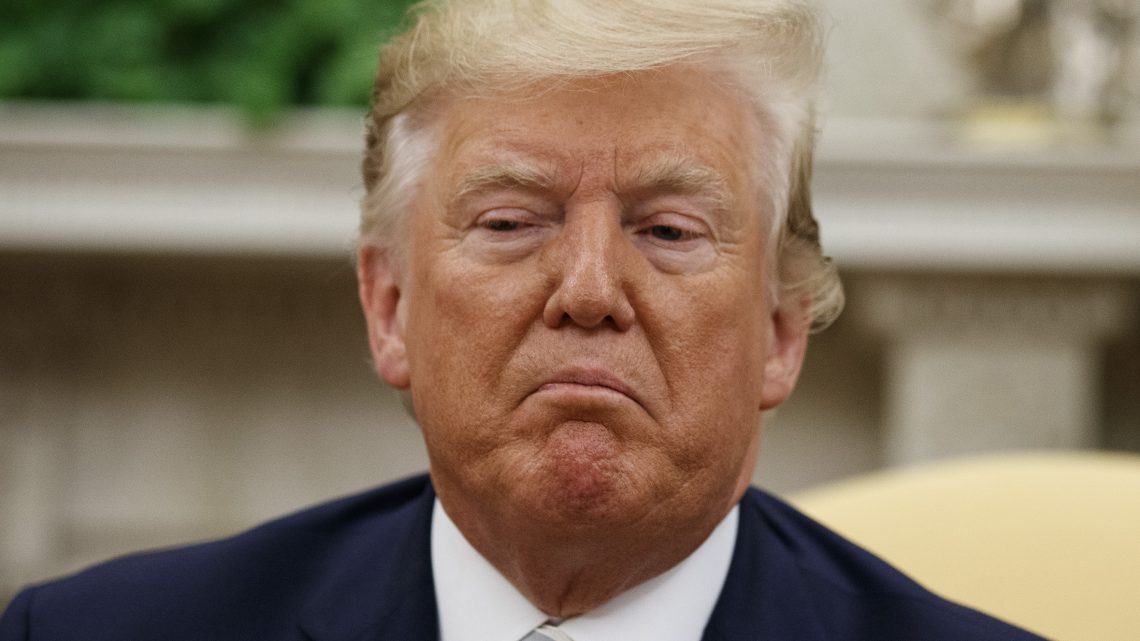 Welcome to Day Six of one of the dumbest White House scandals in history, driven by Donald Trump’s fierce determination to prove he was right about Dorian.

Trump has continued all week to harp on the debunked “fact” he tweeted Sunday that the hurricane would affect Alabama, and insisted he would’ve had the state’s back if Dorian had hit there.

To try to make his point, Trump has pointed to outdated storm maps — including one that someone doctored with a Sharpie — and slammed the “Fake News” for calling him out on a lie.

By the way, Trump’s approval rating in Alabama, according to recent polling, is higher than it is in any other state.

“The Fake News Media was fixated on the fact that I properly said, at the beginnings of Hurricane Dorian, that in addition to Florida & other states, Alabama may also be grazed or hit,” the president tweeted on Friday, a full six days after he first made the claim. “They went Crazy, hoping against hope that I made a mistake (which I didn’t).”

The thing is, he did make a mistake — and the fact he has repeatedly chosen to deny it has only drawn more attention to the lie. To be clear: There were some computer models that predicted that the storm could enter the Gulf of Mexico, but models aren’t forecasts; they're tools that forecasters use. The National Weather Service never predicted that the storm would pose any threat to Alabama.

Dorian would end up ravaging the Bahamas, skirting Florida, and tracking up the East Coast, lashing the Carolinas as it moved north.

If a weather service associated with the federal government were to knowingly make a false weather forecast, it would be a crime. But Trump, per the Justice Department, can’t be indicted under federal law, and it’s unlikely he’s going to face any sort of investigation for his false alarm for the state of Alabama.

This whole ordeal started on Saturday. “In addition to Florida - South Carolina, North Carolina, Georgia, and Alabama, will most likely be hit (much) harder than anticipated,” Trump tweeted.

Within minutes, the National Weather Service in Alabama corrected the president. “Alabama will NOT see any impacts from #Dorian,” the account tweeted. “We repeat, no impacts from Hurricane #Dorian will be felt across Alabama. The system will remain too far east.”

That should’ve put an end to the debate, but here we are.

Cover: President Donald Trump pauses while speaking during a meeting with Romanian President Klaus Iohannis in the Oval Office of the White House, Tuesday, Aug. 20, 2019, in Washington. (AP Photo/Alex Brandon)

A Judge Allegedly Called This Jewish Man a Slur, Then Sentenced Him to Death