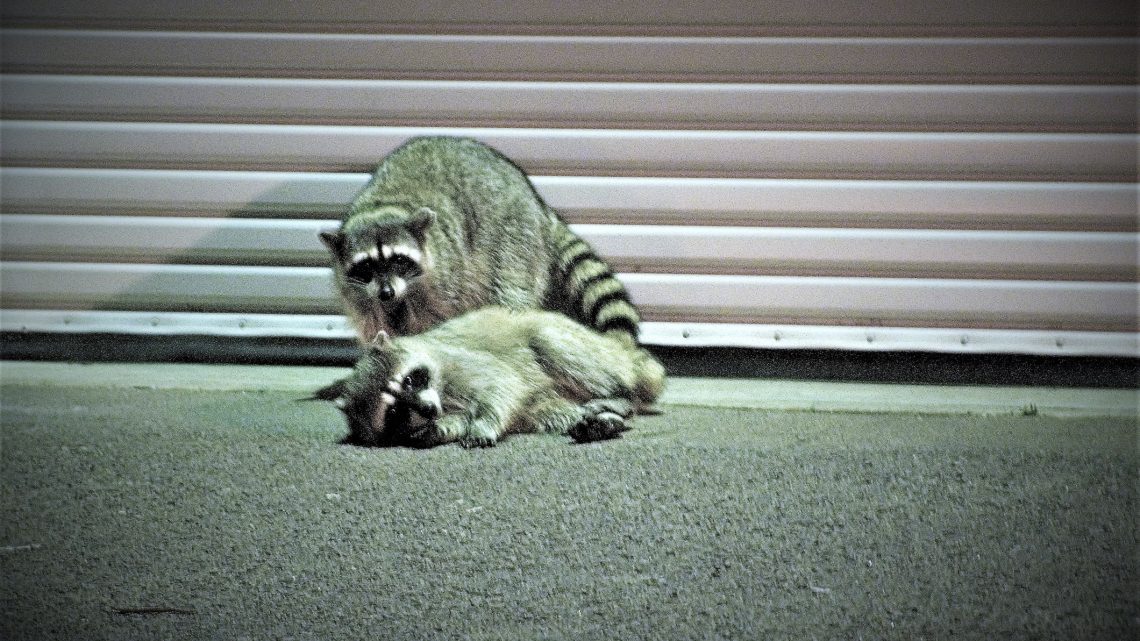 Highly Relatable Raccoons Busted for Being Day-Drunk in Residential Neighborhood

September 6, 2019 Off By Jelisa Castrodale

The Old Farmer's Almanac has been published in some form or another since 1792, but the target audience seems to have expanded beyond old farmers. If it only catered to that demographic, then your retired realtor granddad wouldn't have a copy in his bathroom magazine rack, and it wouldn't have to write articles that describe what, exactly, a raccoon is.

The Almanac politely explains that yes, raccoons are the animals that look like they're wearing tiny masks, and they have adorable little paws, and they will absolutely eat anything that they can get into their mouths, including trash, fruit, more trash, vegetables, another round of trash, pet food, and trash.

They're are also nocturnal, which is why some raccoon-savvy Ottawa residents were confused when some of them were wandering around in broad daylight, and it was even weirder when they were clearly staggering down the road mid-afternoon.

According to CBC News, Emily Rodgers watched a raccoon moving unsteadily through her yard, and she was concerned enough to call 311 about the animal. "He couldn't really move. He was dragging his legs, he was wobbling, having a hard time standing up," she said. "You could tell something was wrong with him for sure."

Another woman was surprised when an officer said he'd received a call about an "intoxicated looking" raccoon who was on her property. "[T]his guy was kind of sleeping it off under our deck," Julie Fong said. "There was a drunk raccoon under our deck." (Her husband had seen the same raccoon "stumbling along" a path the day before.)

Michael Runtz, a biology professor at Ottawa's Carlton University, explained that yeah, those raccoons probably were drunk—on rotten fruit. "It's possible that some of the fruit is fermenting under the heat, and that these guys are getting a bit tipsy by eating that fermenting fruit," he said.

Last November, police officers in West Virginia fielded several calls about raccoons that were behaving erratically, to the point that the callers worried that the animals might have rabies. Instead, the cops had to deal with several tiny day-drinkers.

"We have had calls on suspected rabid raccoons twice over the last two days. Turns out they appear to be drunk on crabapples," the Milton Police Department wrote on Facebook. "[Patrol Officer] Withers caught one yesterday on Brickyard Ave. with the help of the city street department. Today’s culprit was on Highland Ave and Mason Street and it was a community effort. Both were released near the woods unharmed."

Both the Milton cops and Prof. Runtz said that if you see a raccoon who's staggering around (or one who's noticeably slurring his words as he whispers "You're just so beautiful, can I touch your hair? Please, just once, let me touch it") it's best to just leave him alone and let him sleep it off.

And if raccoons are frequently running around your property, the Old Farmer's Almanac recommends planting either tall varieties of corn or squash as potential deterrents. Yeah, we'll get right on that.