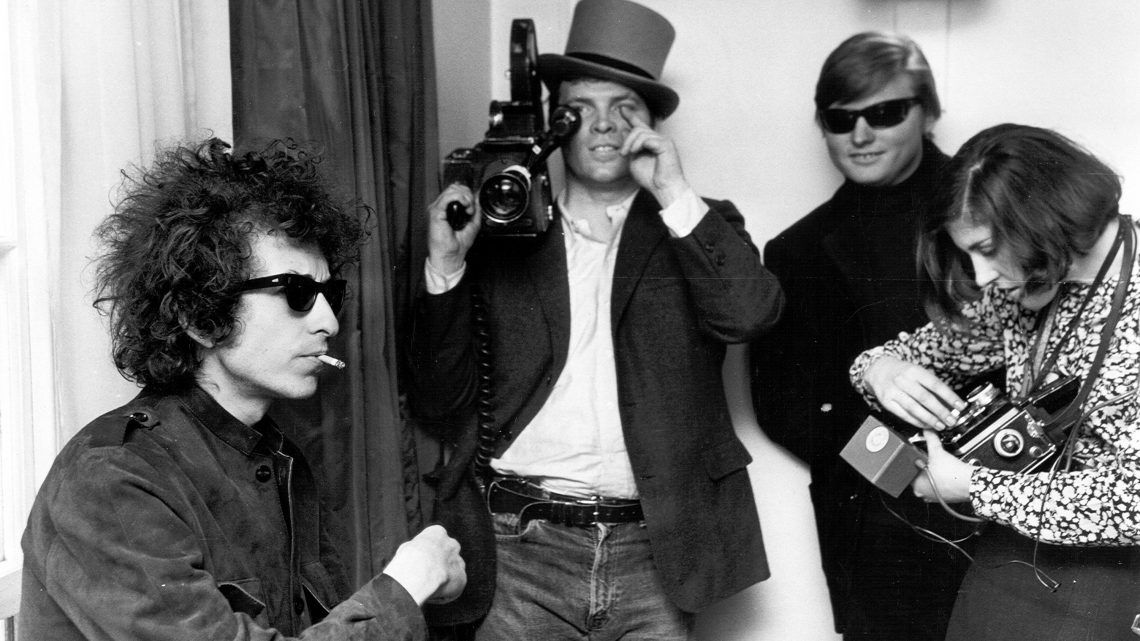 D.A Pennebaker, the legendary director who revolutionized documentary filmmaking with his observational, verité style, died Thursday night, the New York Times reports. He was 94. Pennebaker was best known for his 1967 film Don't Look Back, where he followed a twitchy and wild-haired Bob Dylan on tour across England and basically invented the music video in the process—but the man was hugely prolific up until his death.

Pennebaker turned his camera on everything from rock concerts to political campaigns to, uh, the world of competitive pastry making, but the director managed to capture the same unadorned human vulnerability in all his works, regardless of the subject. "It requires a certain amount of luck and you assume it will happen," Pennebaker once said of his process, according to the Guardian. "It’s like playing blackjack in Vegas—you assume you’ll be lucky or you wouldn’t do it at all."

Are you ready? Let's get started.

Pennebaker's Dylan documentary will forever be his most beloved and remembered work, and for good reason—it is a fascinating portrait of the enigmatic musician at his early peak. Dylan will forever be impossible to fully pin down, and inscrutable Netflix movies that blend fact and fiction don't help, but Don't Look Back is the best look we'll ever have at the real Dylan, or at least the Dylan he wanted to show for Pennebaker. "What I I wanted to do was just be present when Dylan enacted his life and show you what he deals with and what interests him," Pennebaker later wrote of the film. "It may not be so much about Dylan because Dylan is sort of acting throughout the film. And that’s his right."

Pennebaker followed up Don't Look Back a year later with another iconic music documentary—this time, a concert film about the Monterey Pop Festival, featuring The Who, Janis Joplin, and Jimi Hendrix lighting his guitar on fire during "Wild Thing." Woodstock may have overshadowed Monterey Pop as the ultimate 1960s concert film, but Pennebaker's documentary came first, and managed to capture the feeling of being in the audience at the show better than Woodstock ever did.

The War Room is maybe the best example of Pennebaker's fly-on-the-wall style. Shot with his wife, Chris Hegedus, the film centers around Bill Clinton's presidential bid in 1992, beginning backstage at the New Hampshire primary and later moving to Clinton's campaign headquarters in Little Rock. Pennebaker barely had access to Clinton himself in the film, but instead, he chose to focus on George Stephanopoulos and James Carville, who were running his campaign at the time. The documentary went on to earn and Oscar nomination, though Clinton himself never seemed to appreciate the thing all that much—he summed up his feelings about the film to Pennebaker in a brutally short note that read, "good movie -Bill."

Pennebaker was initially sent out by Bowie's label to shoot a few songs for a short promo, but after seeing Bowie do Ziggy Stardust on stage, Pennebaker decided to make a full-length feature, instead. The movie is best known because it captures the final show that Bowie would ever perform as Ziggy Stardust, proclaiming onstage mid-set that it was "the last show we'll ever do," but Bowie's presence and rapport with the band—especially Mick Ronson—makes this concert a must-watch, last show or no.

Most of Pennebaker's documentaries investigate artists and their creative processes, but his film about the cast recording of Stephen Sondheim's 1970 musical Company is perhaps his best. The film captures the minutiae of the Sondheim's process, the grueling series of choices and tweaks that eventually coalesce into a finished, finished product—and the climactic final scene of singer Elaine Stritch's emotional recording of "The Ladies Who Lunch" is easily some of the best footage Pennebaker ever put to film. It also managed to inspire one of the finest Documentary Now parodies, too, so there's that.

Behold This Cursed Photo of Keanu Reeves with a Shaved Mullet