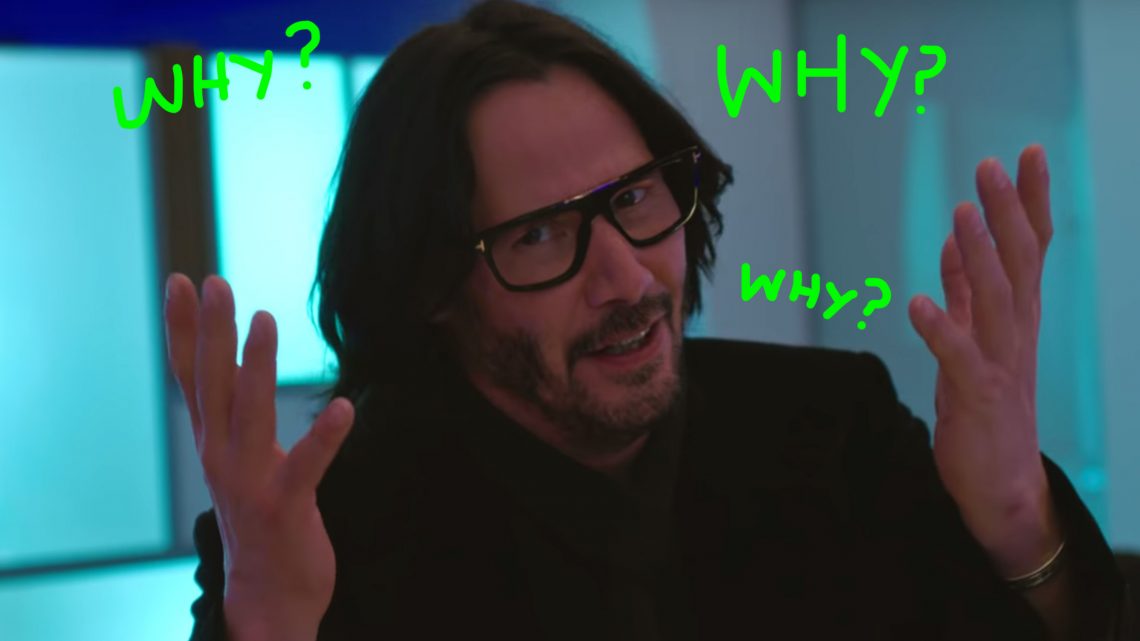 Behold This Cursed Photo of Keanu Reeves with a Shaved Mullet

Keanu Reeves has had an incredible year so far. He's starred in action movies and Toy Story sequels and made a brilliant cameo in a rom-com, and still managed to have time to stun Stephen Colbert into silence with a few profound words about death. He became the internet's unofficial boyfriend and he didn't even know it. And now, the guy has somehow leveraged his unending goodwill into helping the long, long, long-awaited Bill and Ted 3 actually become a reality. Sounds great, right?

Well, maybe not. Maybe this was a mistake. Maybe it was a step too far. Maybe Keanu has finally flown too close to the sun and, uh, burned off the sides of his hair or something. Maybe we didn't need a third Bill and Ted, after all.

It certainly seemed like a good idea on the surface. Keanu Reeves reuniting with his co-star Alex Winter at long last? A script penned by the original duo behind Bill and Ted's Excellent Adventure? An entire movie starring Bill S. Preston, esq. and Ted "Theodore" Logan as sad, middle-aged men who never lived up to their world-changing destinies? How could it possibly go wrong?

Yes, that is a photo of Reeves on the set of Bill and Ted 3 in New Orleans. Yes, he has a strange, shaved mullet. No, words cannot accurately describe how truly cursed these photos are. Why is he dressed like that? What is up with the hair? Did Ted give up on his teenage metal fandom at some point after Bogus Journey and get really into Tool? That has to be a fake beard, right?

Nothing makes sense anymore. Everything feels bad. We'll have to wait until Bill and Ted Face the Music hits theaters next year to see why this possibly exists. Until then, we're sorry. So very, very sorry.