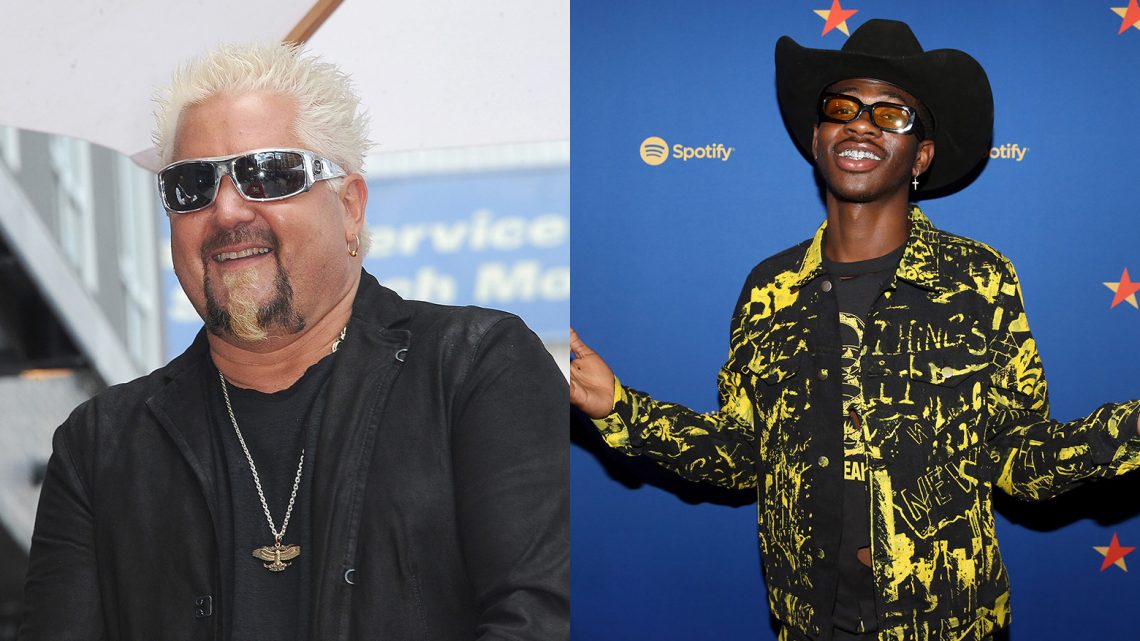 Lil Nas X is one of the few things bringing the world real joy right now, in those brief moments between being outraged about whatever 73-point headlines we just scrolled past, and being just… tired all the time. But Lil Nas X, his horses in the back, and matte black hat bring us straight-up JOY, friends. His Twitter account is so pure; he memes hard and then he flexes his first apartment, or asks about cleaning up beaches, or imagines that Stuart Little could beat the shit out of Thanos. Lil Nas X is exactly what we all need right now.

Guy Fieri wants in on it, too, but instead of bull ridin’ and boobies, he’s just hoping that maybe Lil Nas X could pick him up on his way down the Old Town Road. Last night, Fieri tweeted a photoshop of himself riding a horse, writing “Is it too late for a Flavor Town Road Remix @LilNasX?”

Three hours and two minutes later, Lil Nas X responded. “It’s never too late for u legend,” he wrote, and at this point we had to put our heads between our knees and try to slow our heart rates down to a sustainable 200 beats per minute. ARE YOU GUYS SERIOUS? PLEASE TELL US YOU'RE SERIOUS. Because all we want is for LIL NAS X AND GUY “I AM LEGITIMATELY A GOOD GUY” FIERI (!!!) to collaborate on something involving multiple horses and a ridiculous surplus of Donkey Sauce. IMMEDIATELY.

Fieri jumped on that, quick. He responded with another Photoshop, this time of the two of them together, with Fieri holding a stack of sandwiches and Lil Nas X looking completely unbothered by having Guy’s meaty forearm pressed against his face. “Maybe we should drop Panini before we take a trip to Flavortown @LilNasX?” he wrote, referencing a track from Lil Nax X’s unreleased EP. (Guy stans, and we stan this stan.)

Although Lil Nas X hasn’t responded to Fieri’s follow-up thirst, the responses to Fieri’s initial tweet gave us a taste (PUN 100 PERCENT INTENDED) of what this collabo could be like. “I've got my diners in the back, drive-in is attached,” one genius wrote. “Plate is matte black, got the spoon that's black to match / Can't nobody feed me omelets (can't feed me omelets)” another person added.

Columbia Records, The Food Network, or literally anyone with disposable income and access to these two legends, please allow this to happen. Give Fieri a flame-embroidered Nudie-style suit like Lil Nas X’s, put them each on the back of a thoroughbred, and send them to Flavortown at a canter.

Theresa May Steps Down as Tory Party Leader: Step 1 of a Big 2-Stage Flush