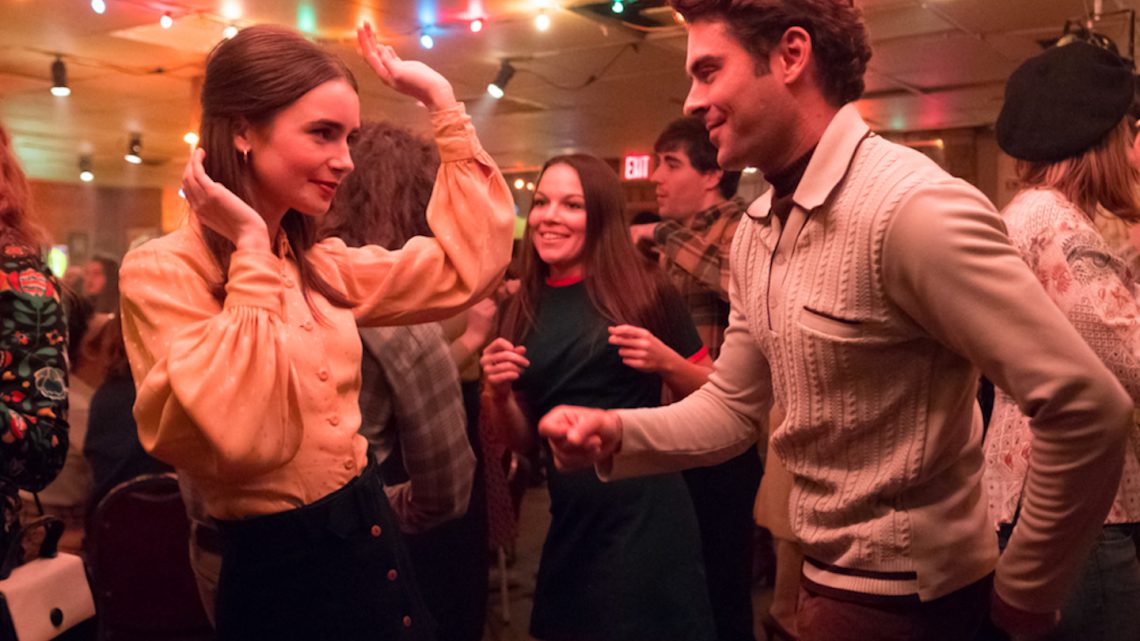 “Do you remember the night we met?” Elizabeth “Liz” Kloepfer asks Ted Bundy through the cloudy glass partition of a prison visiting booth, in the opening moments of Netflix's new film Extremely Wicked, Shockingly Evil and Vile. The scene transports to a dank college bar, where Bundy winks at Kloepfer from across the room. They connect for the first time at a jukebox. “This is my last quarter,” he tells her, smiling. “Better make it a good one.”

This meet-cute frames the film as a romantic drama—but it’s not, at least in theory. It's a biopic about one of the most brutal, notorious serial killers in modern history.

Extremely Wicked’s release comes just a few months after that of Netflix’s documentary miniseries Conversations with a Killer: The Ted Bundy Tapes; it was even made by the same director, Joe Berlinger. But Extremely Wicked, which debuted at Sundance this year, offers a somewhat fictionalized version of Bundy’s relationship with real-life, long-term girlfriend Kloepfer as he navigated his own homicide trials. The film adapts a mix of footage from the trials, which were televised at the time (a few of which are shown during the credits, demonstrating the film’s adherence to its source material) and Kloepfer’s memoir, The Phantom Prince: My Life with Ted Bundy, which details their tumultuous six-year relationship. The title of the film is a reference to the verbiage of Bundy’s actual conviction, a characterization delivered by the judge after Bundy was sentenced.

Efron makes an excellent Bundy. He may not be a dead ringer in appearance alone, but his disconcertingly charismatic delivery offers the same optical impact—a demonstration of what an attractive, confident white man might be able to get away with, even when we know that his smooth cheeriness hides a twisted, tactical mind. (Efron said that during shooting, he had difficulty “separating from” the serial killer who confessed to more than 30 homicides.) Despite purporting to give color to Kloepfer’s point of view, Extremely Wicked mostly focuses on Bundy—his emotions, his desires, his isolation, and his loss of freedom. It begins with the “meet cute” moment at the bar, and from there, gives breadth and color to one of the most despicable serial killers in modern history. The viewer peeks in on Efron in an apron, preparing breakfast for Kloepfer’s daughter; montages of their honeymoon phase in Kloepfer’s home; dates out at the diner. This legwork sells Bundy as the charming figure he was known to be.

Here’s what we don’t see: Bundy killing people. There is a single dramatization of a brutal murder—which is positioned as his confession in the final moments of the film. Otherwise, Extremely Wicked only describes Bundy’s terrible crimes in the venue of the courtroom or through televised news, or suggests that they follow scenes of him flirting with women at bars. The omission of the acts themselves makes his identity as a serial killer feels amorphous, tied more to the public knowledge of his transgressions than their portrayal within the universe of the film itself.

And when it isn’t fawning over Bundy’s more humanistic moments, Extremely Wicked can feel like a heist film. After his capture, we watch Bundy planning his escape by repeatedly jumping off the top bunk of the bed in his prison cell. His pre-trial is peppered with wide shots of the courtroom, zooming in on its second-story windows. Bundy requests a phone call to his beloved—an obvious pretense for springing an escape—and leaps out one of those windows to his freedom—payoff for his in-cell exercises. Later, Efron uses a knife to cut a hole in the ceiling above his prison cell and escape a second time.

This is the problem with centering a film around someone so reprehensible: It’s impossible to walk away without actively rooting for the protagonist in some way, much like how Bundy’s real-life televised trials inevitably made him popular and attractive to a number of viewers. Extremely Wicked portrays Bundy as dehumanized when he’s subjected to a strip search, and again when a prison warden rips up a drawing from Kloepfer’s daughter. After including so many details that seem to unduly romanticize Bundy’s relationship, capture, escape, and indictment, the film does little to provide emotional counterbalance to remind us: This man raped, tortured, and murdered dozens of women.

That’s not to say there isn’t a relief, and maybe a sense of respect, in avoiding gratuitous images of Bundy’s victims. It’s a bold choice given the ongoing conversation about television and film’s portrayal of women as one-dimensional plot points, targets for sexual assault and violence. Perhaps there’s an argument to be made that Extremely Wicked avoids these depictions because it was dedicated to Kloepfer’s point of view—that this is meant to explain Kloepfer’s blind eye to her boyfriend’s behavior. But the film curiously omits the fact that Bundy once attempted to murder Kloepfer by setting their home on fire (a story that’s in Kloepfer’s memoir)—instead focusing on Kloepfer’s guilt and inability to let go of her love for Bundy. We find out, in the film’s final act, that it was Kloepfer who alerted the police about her suspicions, after seeing a ‘wanted’ sketch in the newspaper that looked like Bundy.

Ultimately, Extremely Wicked makes Bundy the same archetype of attractive antihero that has always been available for a specific kind of (white) male lead. Dexter is a classic example, and more recently, Penn Badgley’s protagonist Joe Goldberg in You, Netflix’s runaway hit stalker thriller. Fans of You were so enthralled with Goldberg’s boyish charm that many of them rooted for the character despite the brutal murders he commits in the series.

Zac Efron’s portrayal of Bundy is in that same continuum, with his manipulative charisma and persistent claims of innocence. It’s tempting to sigh at his smile, or to cheer when he makes his escape from prison. But while the film is arresting to watch, this time, the story isn’t really fiction.

In 1998, ‘Jagged Alliance’ Developers Threatened a Walkout—And It Worked