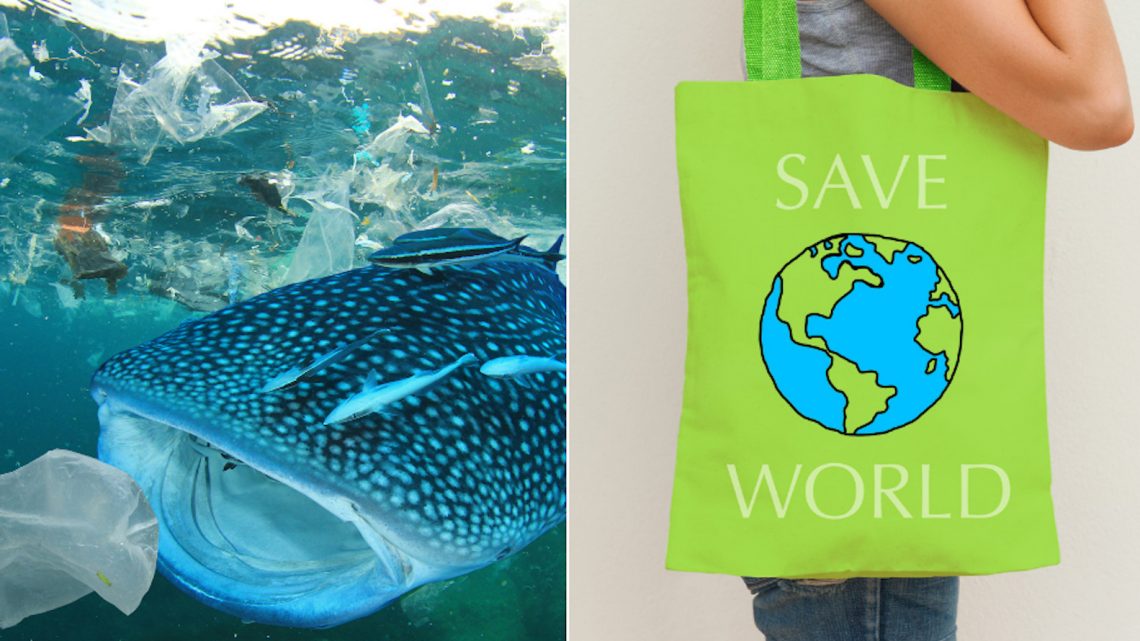 You know the saying “the road to hell is paved with good intentions?” It applies big-time to things we do to be greener. Many of those seemingly sustainable choices you’re making may not be as eco-friendly as they seem.

That’s because there’s a lot of money to be made by marketing items as environmentally-friendly, regardless of whether or not they actually are. Hans Hoogervost is the head of an international accounting standards organization that keeps track of how sustainably publicly-traded companies operate and he has warned that greenwashing is rampant and that corporations prioritize profit over the planet.

With so much misinformation circulating though, it’s hard to make sense of what products or services are truly good for the planet. To help you sort through this greenwashing mess, VICE spoke with experts across North America to find out what you need to stop doing or using for the sake of the environment:

There’s a war on single-use plastic happening right now and single-use plastic is being painted as the devil. PEI was the first province in Canada to announce a ban on plastic shopping bags and Newfoundland and Labrador recently announced it will be following suit. But a rush to purchase cotton bags to replace those plastic retail bags might be a mistake.

Reusable cotton bags seem like a fine substitution and they are—if you reuse them consistently for at least 11.5 years. According to a Danish study, anything less than that won’t offset the fact that manufacturing these types of bags creates 606 times as much water pollution as making a plastic bag.

Todd Myers, who is the environmental director of the Washington Policy Center, urges people not to “ignore the far more damaging, but less obvious impacts of cotton bags.” A UK government study echoes the fact that cotton and canvas tote bags have the biggest carbon footprint because they require more resources to produce and distribute.

Yes, we’ve all seen those images and videos of once-pristine beaches now overflowing with plastic garbage and marine life suffering the consequences of discarded plastic items—but in terms of air and water contamination, cotton bags are worse. Unless you keep re-using them for more than a decade, but what ends up happening too often is that many of those canvas totes are used for less than that and end up in landfills.

A better option is to use brown paper bags for lighter items (and re-use and recycle them afterward), or reuse those flimsy but remarkably-strong plastic bags and ditch this notion that they can only be used once, for a short period of time.

Choosing a product labeled “biodegradable” seems like a no-brainer for the planet but it turns out that wipes are among the worst offenders when it comes to masquerading as something they’re not.

A team of researchers at Ryerson University released a damning report this month after testing 101 single-use products (23 of them were described as “flushable” by the manufacturer) and they found that none of the wipes were “able to fall apart or disperse safely through the sewer system test, which can negatively impact household plumbing, municipal sewage infrastructure, and consequently, the environment.” 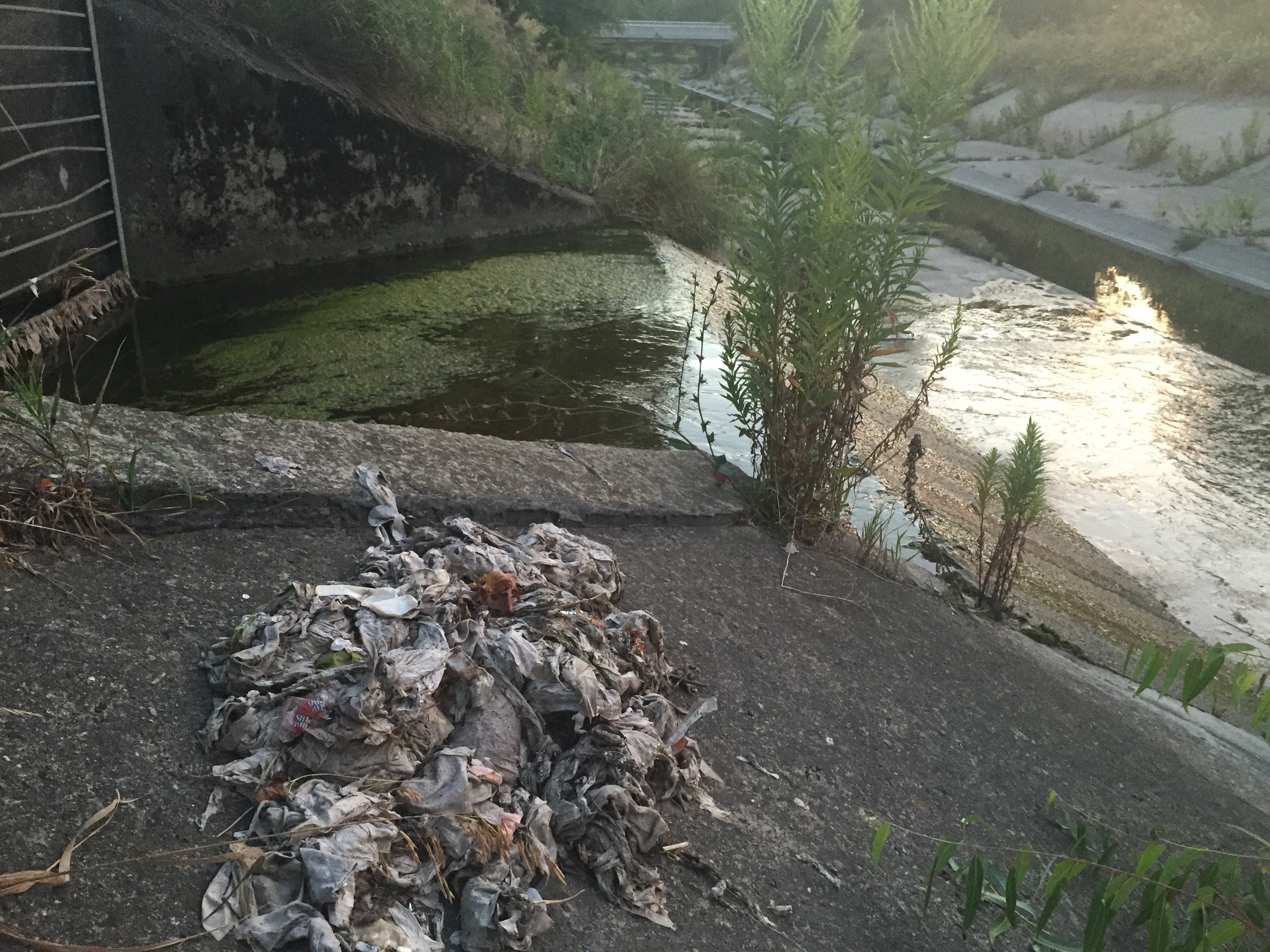 The Municipal Enforcement Sewer Use Group estimates that $250 million is spent annually across Canada to remove blockages caused mostly by flushed wipes. It gets worse though. These greenwashed wipes contain synthetic fibers including plastics which then do terrible things to our waterways and wildlife.

The alternative is messy and significantly less convenient though—replace them with a reusable cloth wipe, or your hands.

The vast majority of drink cans (a full 95 percent in the US) are made of aluminum. The good news is that they’re completely recyclable and can continue to be re-processed and re-used an infinite amount of times—unless they’re contaminated.

For beverage cans, keeping them recyclable means resisting the urge to crush them. It’s counterintuitive because compressing them means they take up less room, so you can pack more into your recycling bin, which seems like a good thing. But most municipal sorting facilities use an automated process that categorize items by shape and size—which means a crushed can might get tossed into the wrong section because it’s wrongly identified as paper.

It’s really important to keep repurposing aluminum cans because the longer they’re re-used the bigger the offset for their large carbon footprint. Mining the metal creates toxic byproducts that pollute the soil and water and the refining process to turn it into a can uses a lot of electricity, disrupts natural waterways and can wipe out forests.

As its name suggests, ride-sharing is carpooling and that seems like a better alternative to a single passenger in a taxi or their own vehicle. But research suggests that what ride-hailing services like Uber and Lyft are doing isn’t necessarily better for the planet. It’s a topic of great debate though, because both companies are protective of their data so it’s been difficult to get an accurate read of what’s happening, but there is a case to be made against Uber and Lyft because their rapid growth has seen them increasingly used as an alternative to public transit, rather than as an alternative to cabs, car rentals, and vehicle ownership.

With that in mind, the culprit behind increased emissions are so-called deadhead kilometers, which are created when an Uber or Lyft driver is roaming without passengers. In New York City, that "deadhead" travel makes up half of the distance covered by on-demand mobility services like Uber and Lyft since 2013. That equals more emissions from more distance traveled, and more traffic jams which in turn also result in more emissions.

Both companies have become publicly-listed in the last month, which will likely force them to be more transparent. However, several well-known investors have stated that they’re not buying into these companies for environmental reasons.

The companies themselves acknowledge they could be incorporating more sustainable practices. Lyft has said it spent millions on carbon offsets last year, and has become the largest bike-sharing entity in the US after buying up its biggest rival. Meanwhile Uber’s CEO pledged $10 million USD to study the company’s impact on congestion and traffic. Although Uber isn’t going the carbon offset route, it is offering incentives to drivers to switch to hybrid or electric vehicles, which the company says would go a long way to improving its environmental impact.

That impact is the focus of a lot of debate. The most comprehensive study of its kind looked at 22 US markets and although it can’t say that ride-hailing services are the only reason for this, the data shows that the arrival of these types of companies resulted in a decrease in bus ridership of about 12.7 percent after the first eight years.

A recent University of Toronto study points out that the Uber effect depends on where you live—specifically that the ride-hailing app reduces transit ridership in smaller cities while increasing ridership in large cities (it can boost it by about 5 percent over two years). The study also suggests that Uber bumps up bus ridership but decreases train use.

A responsible approach to ride-sharing services is probably a sensible way to handle this. Whenever possible, choose the carpooling option (if it’s available where you are) to try to get as many other passengers in the vehicle. And don’t make the driver wait around, creating more emissions and wasting everyone’s time (that’s a general rule for life too). Finally, make Uber and Lyft a last choice if transit is available rather than your convenient go-to.

This Man Was Caught on Video Lighting Cars on Fire in Edmonton, Canada

The Best Memes from the ‘Game of Thrones’ Season 8 Premiere