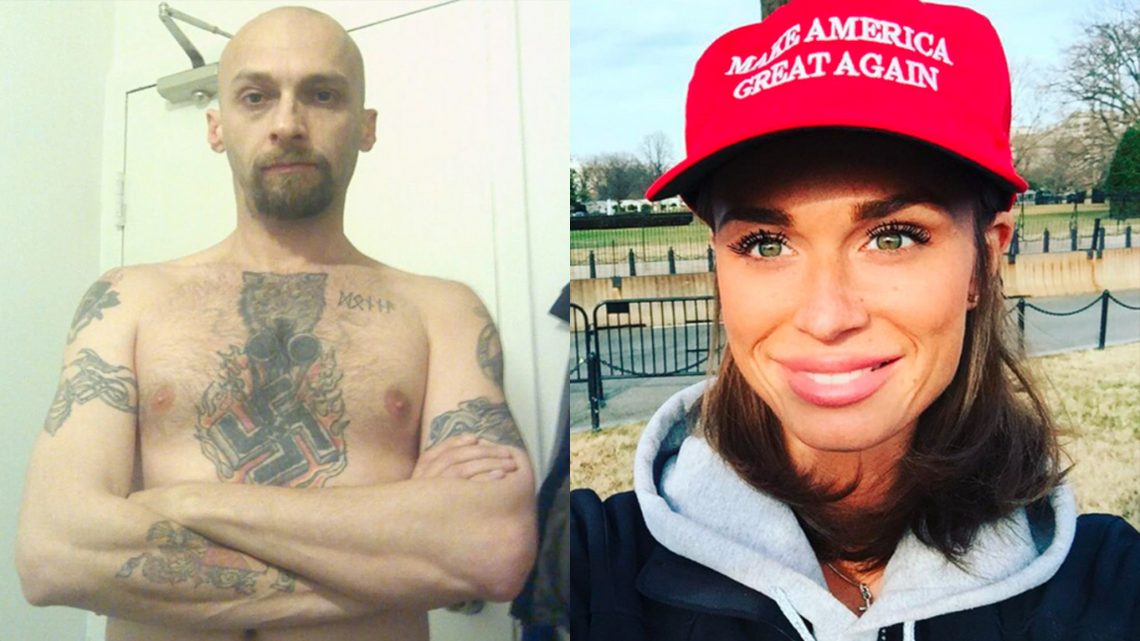 Facebook has banned several significant Canadian far-right groups and figures, including Faith Goldy and the Soldiers of Odin, from its platform Monday morning.

A Facebook spokesperson told VICE that several groups—all of which exist in the far-right, white nationalist, or anti-Islam ecosystem—were banned by the social media giant. These bans come after Facebook rolled out a policy explicitly outlawing white nationalism on its platform.

The recently-banned groups include the white nationalist Faith Goldy, neo-Nazi Kevin Goudreau—who garnered media attention after listing good “targets” for far-right lone wolf attackers—the Canadian Nationalist Front, Aryan Strikeforce, the Wolves of Odin, and the Soldiers of Odin (along with the Edmonton splinter group, the Canadian Infidels). Affiliated pages, including groups, will also be removed by the company. Earlier in the year, ID Canada—a group affiliated with Generation Identity, an organization the Christchurch shooting suspect donated to—was banned from the platform.

Last week, Brian Fishman, policy director of counterterrorism at Facebook, told VICE it “decided that the overlap between white nationalism, [white] separatism, and white supremacy is so extensive we really can’t make a meaningful distinction between them.”

Facebook has long been an organizational hub for far-right groups in Canada. Whether it be the III% growing from an anti-Trudeau Facebook page to an anti-Islamic militia conducting paramilitary-style training, or a white nationalist starting a street patrol group in Finland inspiring the Soldiers of Odin in Canada, the impact of Facebook on the rise of white nationalism in Canada and worldwide can’t be overstated. The social media giant now seems to be taking steps to address this legacy.

“Individuals and organizations who spread hate, attack, or call for the exclusion of others on the basis of who they are have no place on our services,” a Facebook spokesperson told VICE.
“That's why we have a policy on dangerous individuals and organizations, which states that we do not allow those who are engaged in offline “organized hate” to have a presence on our services.”

“The individuals and organizations we have banned today violate this policy, and will no longer be allowed a presence on our services. Our work against organized hate is on-going and we will continue to review individuals, pages, groups, and content against our Community Standards.”

Goldy, infamous for her white nationalist and far-right views, has been banned by several tech companies including Patreon, Paypal, and AirBnB. The former mayoral candidate and Rebel Media personality is still active on YouTube and Twitter. Several far-right groups like the III% and La Meute still exist on Facebook.

A Facebook spokesperson told VICE that the company is attempting to address the proliferation of hate on their platform in three different ways. This three pronged approach includes working with experts, who study trends in hate speech and organized hate; technology which is used to identify and block hateful and racist content; and creating partnerships with invested communities and academics. Dr. Ryan Scrivens, a leading expert on the far-right in Canada and an incoming Assistant Professor at Michigan State University, told VICE that his "sense is that these so-called efforts to ban right-wing extremist figures and groups from Facebook will be short-lived."

"Facebook will continue to be faced with the challenge of balancing freedom of speech with hate speech, and right-wing extremists will continue to give them a run for their money by creating new profiles on the one hand, and toning down their rhetoric on the other," he said.

After initially being praised for their ban of white nationalist on their platform Facebook was criticized for the policy being too light. This was exemplified in a HuffPost story regarding a video explicitly promoting white nationalism produced by Faith Goldy and how Facebook didn’t act on the video. Since the ban was instituted, the Canadian Anti-Hate Network said Goldy was a “test as to whether this policy would be meaningful in Canada.” Evan Balgord, the group’s executive director, told VICE he’s happy about Facebook’s decision.

“Goldy had over 33,000 followers at the time she was banned, and she used the platform to promote her personal brand as a self-proclaimed ‘propaganda arm’ for the alt-right neo-Nazi movement,” said Balgord. “She shared her propaganda materials through Facebook and continues to do so on Twitter and YouTube.”

The Anti-Hate Network is asking for the government to enforce the Canadian Human Rights Act on social media platforms and companies. Balgord said that the network is now “calling on Facebook to remove the Yellow Vests Canada page, which shares hundreds of examples of overt racism, death threats, and white nationalist sentiment.”

On Twitter, one of the social media platforms she has yet to be banned on, Goldy stated that she "committed no crimes" and that "her enemies... forget most revolutions were waged before social media" before asking her followers to bookmark her website.

Alec Baldwin Is Threatening to Run for President Now, May God Help Us All

Donald Glover and Rihanna’s ‘Guava Island’ Will Debut at Coachella