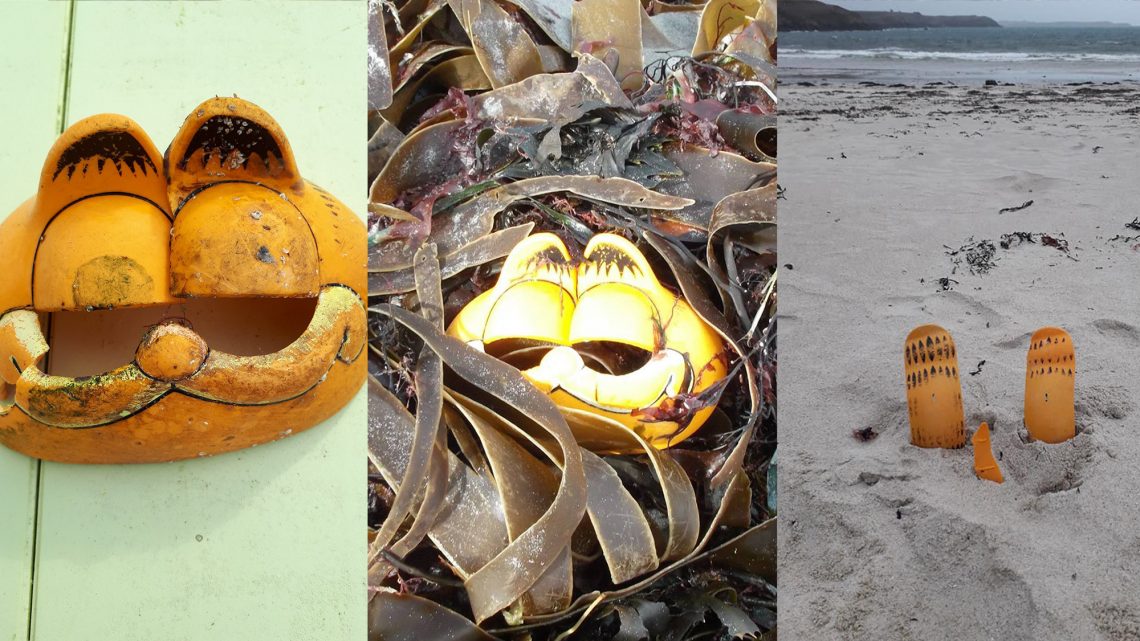 For years, France has had a Garfield problem.

Phones made in the likeness of everyone’s favorite Monday-hatin’, lasagna-lovin’ cat would continually invade the shores of Brittany, a region in northwest France. Year in, year out, when people would set out to clean the glorious French beaches on the coast there would be our favorite orange feline staring up at them, mocking them with his cold dead eyes.

Since the 1980s, when Garfield-mania was really getting going, the phones have been coming in. And it’s not like they’re coming in at a small rate. According to FranceInfo, last year alone saw almost 200 of the phones wash up on the beaches.

It was like the ocean wanted to give the kind people of France a gift, and Poseidon just straight up loved kitschy shit from the 80s. 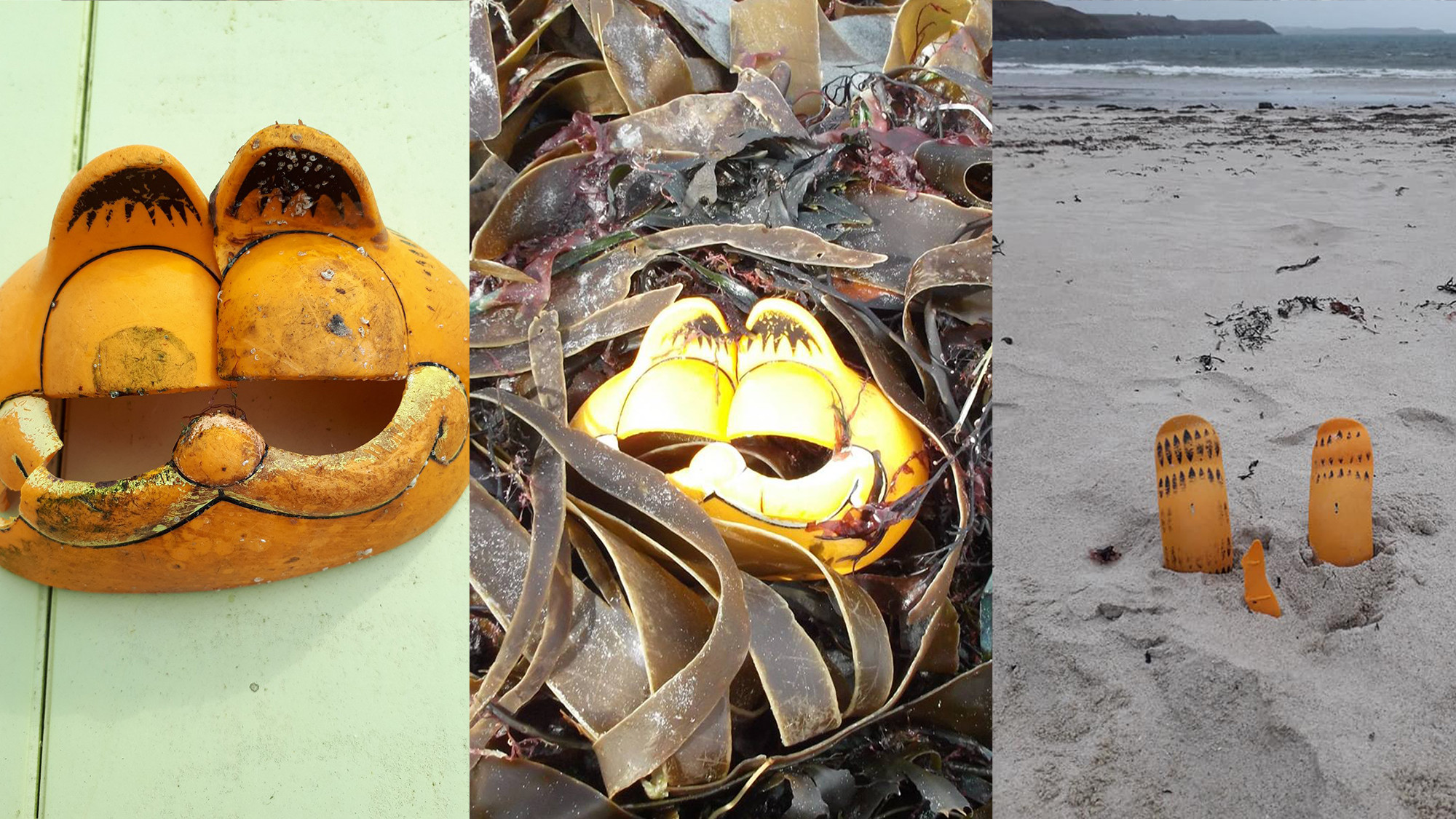 The phones are probably what you think of when you picture a ‘novelty Garfield phone.’ They feature our lovely boy lounging on the ground and you lift the phone straight out of his back. To make it even more fun, the designers incorporated Garfield’s famous laziness, as his eyes only open when you pick up the phone—possibly out of the horror and pain which comes when you remove a portion of a creature’s back. Now, the phones don’t always come in whole-hog, sometimes you would just get Garfield's head, sometimes just his body or the phone from the back, or sometimes even just the cord but they would all be that familiar color of orange.

The Garfield garbage was so ubiquitous in this area of France that some environmental groups started using him as almost a mascot to show how polluted our oceans were becoming.

As to where this pollution was coming from, well, there were a lot of theories of varying quality—I've got to assume at least one person thought that aliens dropped off these phones to fuck with residents. The prevailing wisdom was that the phones were leaking from a shipping container or ship that had sank, and over the years was slowly letting its cargo out. Claire Simonin-Le Meur, president of the environmental group Ar Viltansoù, told the Washington Post that if this was the case her group was worried the plastic from the phones would pollute the ocean. Her group therefore did whatever they could to find it—including enlisting the help from gosh-darn submarines.

“We were looking for it, but we had no precise idea of where it could be,” Simonin-Le Meur said. “We thought it was under the sea. We asked people who were divers to look for it. We get a lot of submarines in the area too—it’s a military area. But they said it was not possible the container could be there and nobody saw it.”

Then last week, after some publicity around the mystery, a local farmer with a tale to tell found Simonin-Le Meur as she was cleaning up a beach. This farmer asked her if she was looking for Garfield, and when she replied yes, he told her, according to the Washington Post, “Come with me. I can show you.”

The man told Simonin-Le Meur about a massive 1980s storm that ripped through the area and, out of the freakin’ blue, Garfield shit appeared for the first time. The farmer and his brother were understandably curious at the phenomenon, and went exploring up and down the coast. As they did they came across a cave cut into the rocky shoreline. The two ventured inside and, lo and behold, dangerously deep in the bowels of the cave the brothers found a shipping container stuffed full of shit, including a massive amount of Garfield phones. Now, while sometimes accessible, this cave would be submerged during high tide, which is when the Garfield phones would leak out. He showed Simonin-Le Meur the cave but sadly it was high tide and the two couldn’t go in. 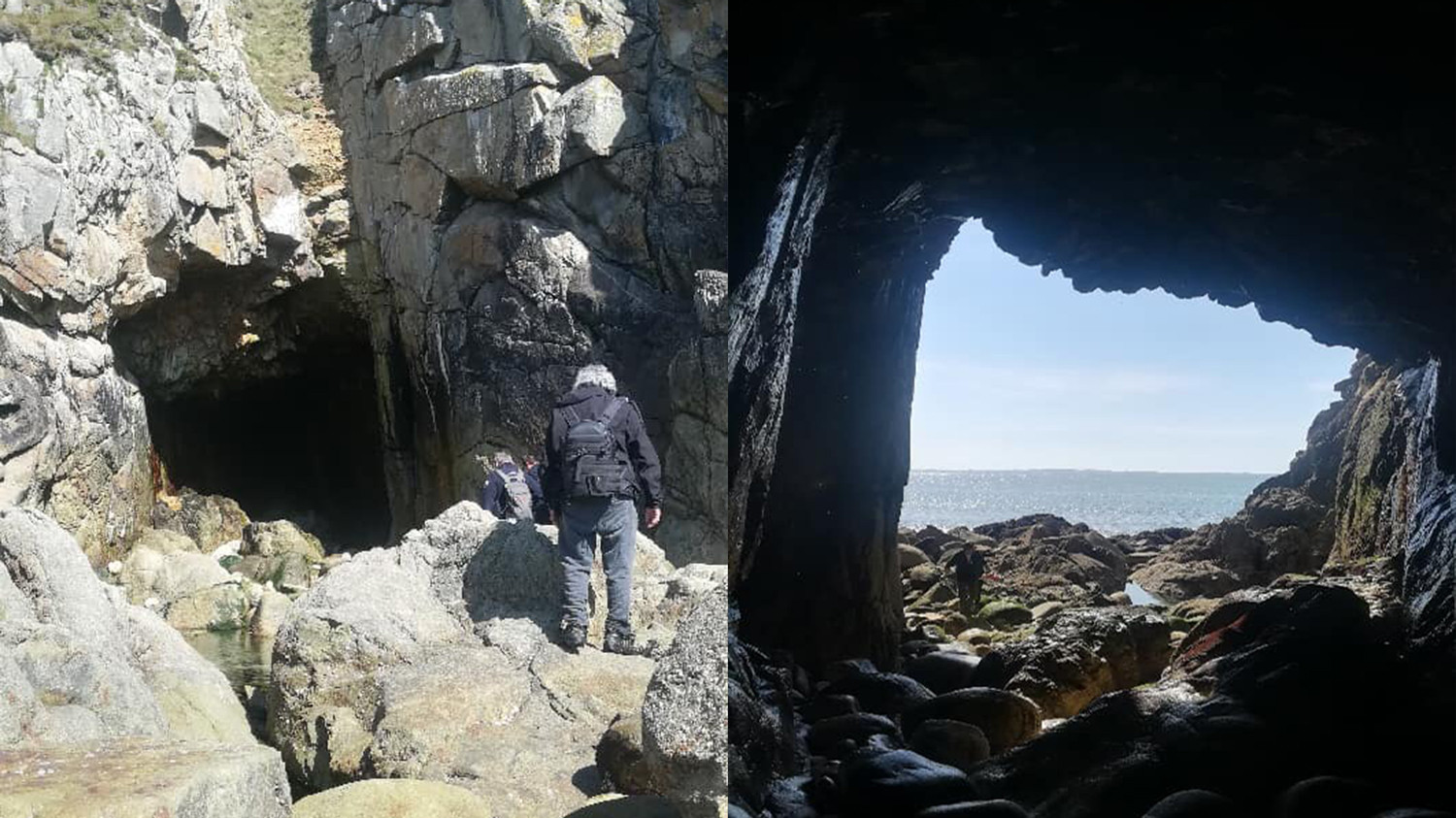 Not to be deterred, Simonin-Le Meur got herself a team together, invited some journalists, and when the tide was low they went searching for the shipping container. It wasn’t long until they found it. Sadly, while they won the battle, it seems they had lost the war, as the Garfield phones were almost entirely gone, taken by the sea.

“I saw Garfield and container pieces all over the cave,” Simonin-Le Meur said to Le Monde. “But the bulk of the phones are already gone, the sea has done its job for thirty years.”

So, out there in the tides are Garfield phones floating around waiting for their turn to wash up on the shoreline. While we now know where they came from, we can’t stop the inevitable Garfield invasion of France.

Just goes to show you can’t keep a good cat down.

Military Historians Tell Us Who Will Win ‘Game of Thrones’