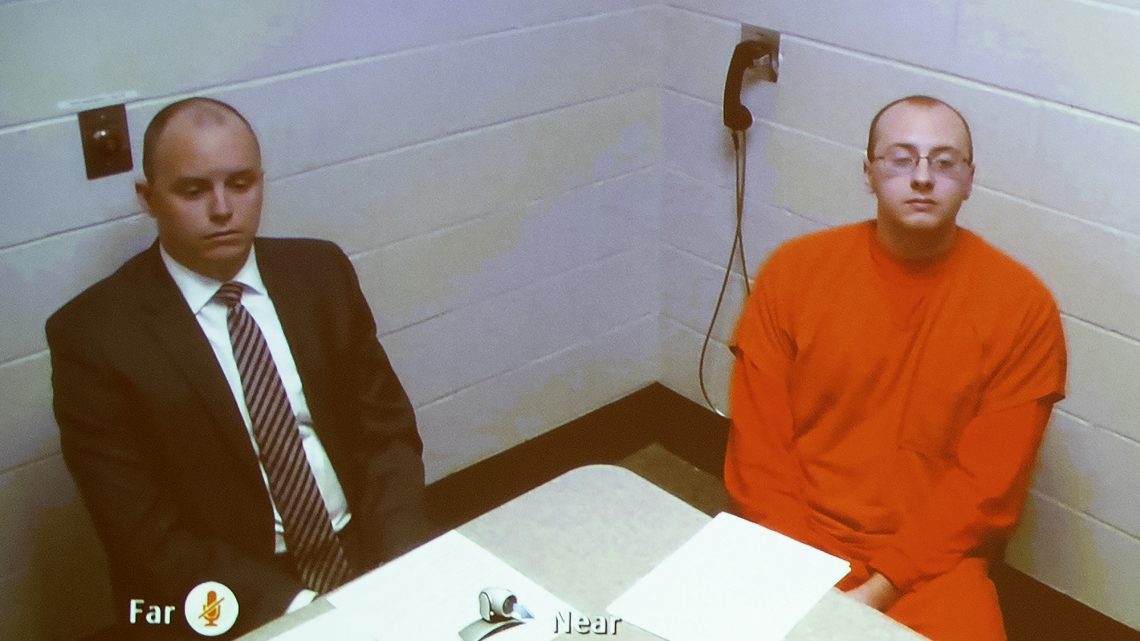 The man long suspected of killing two people in rural Wisconsin and holding their 13-year-old daughter, Jayme Closs, captive for 88 days afterward pleaded guilty to homicide and kidnapping charges on Wednesday. And in the latest instance of strange utterances from a 21-year-old who was by all accounts a living ghost before his January 10 arrest, Jake Patterson uttered, "Bye Jayme," while leaving the courtroom, according to a local NBC reporter on hand.

Patterson set off a nationwide manhunt after he spotted Closs getting onto a school bus, shot her parents in a home invasion, and took the teen home in the trunk of his car. Closs eventually managed to escape and alert strangers, and police arrested Patterson soon afterward.

The seemingly soft-spoken man lived an unremarkable existence and didn't leave much of an impression on teachers or neighbors. But he's been much more active in communicating with local journalists: Patterson wrote a letter to KARE-TV reporter Lou Raguse last month that said he felt stupid and suggested he wanted to spare the Closs family as much additional pain as possible. Then, on March 15, a man claiming to be Patterson called WCCO-TV reporter Jennifer Mayerle from jail and said he loved his victim.

"We were just watching TV, playing board games, talking about stuff," the man told Mayerle about the almost three months Closs was detained in the wake of her parents' slaying. "We cooked a lot. Everything we made was homemade."

Of course, the reality was a lot uglier than that. In late January, two sources told the Milwaukee Journal-Sentinel that Patterson held a Christmas party during which he kept Closs barricaded underneath his bed. In his letter to reporter Raguse, he said that this ritual took place each Saturday when his father came to visit. He also pushed back against the idea that he was a calculated killer.

"[The cops] are really good at twisting your words around, put them in different spots, straight up lie," he wrote in a letter riddled with scribbles and textspeak. "Little mad about that. Trying to cover up their mistakes I guess. This was mostly on impulse. I don’t think like a serial killer."

In fact, authorities said, on the night of the kidnappings, Patterson took out the light inside his car so that it would not be illuminated when he entered or exited the vehicle and shaved his head to avoid leaving DNA evidence. He also apparently attempted the kidnapping two times before deciding the conditions were right.

Regardless of whether it was premeditated or on impulse, Patterson faces life in prison for the homicide charges, as well as a sentence of up to 40 years for the kidnapping. Closs, meanwhile, was said to be living with an aunt now serving as her guardian, and her hometown of Barron was reportedly planning some kind of benefit later this spring.

These Photos Celebrate the Beauty of Panama’s Afro-Latinx Community