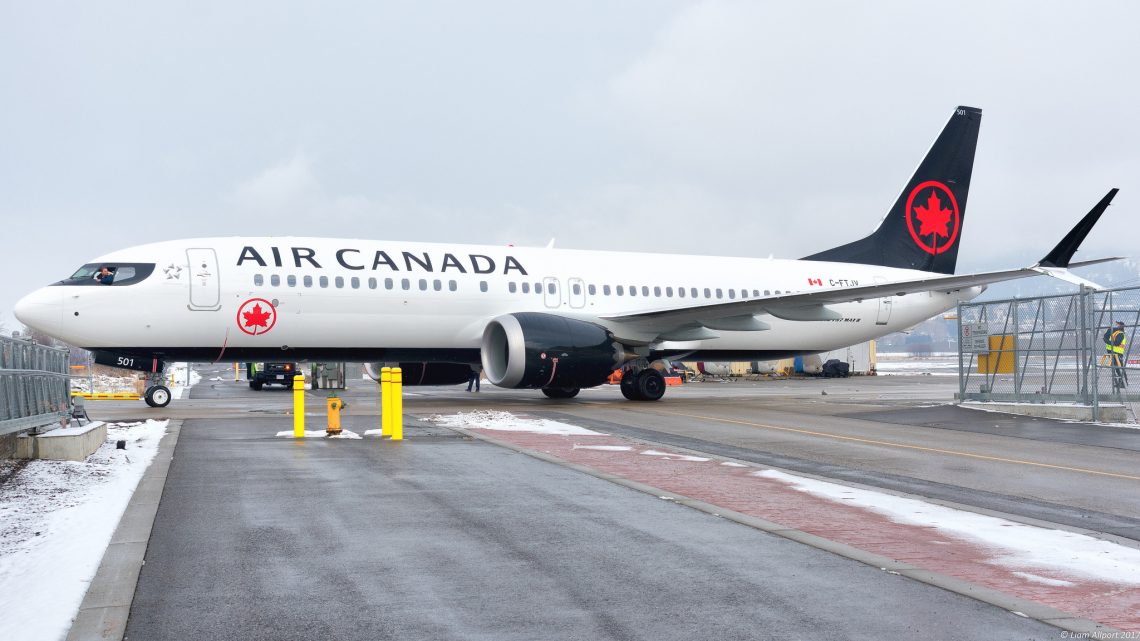 These Airlines Remain Confident in 737 MAX 8, Despite Two Deadly Crashes

Canadian airlines WestJet, Air Canada, and Sunwing all use the same model of plane that crashed in Ethiopia on Sunday—the Boeing 737 MAX 8. It’s the second time that model of plane has crashed in the last five months, killing a total of 346 people.

WestJet has ordered more, expecting to triple its fleet of MAX 8s.

“WestJet remains confident in the safety of our Boeing 737 fleet including our 13 MAX 8 aircraft first introduced in 2017,” the airline told VICE. “We have flown five different variants of the Boeing 737 since 1996, and the fleet currently operates around 450 safe daily B737 departures.”

On its website, Sunwing says the MAX 8 offers “exceptional performance, reliability, and efficiency,” with reduced CO2 emissions and “technological innovation.”

Sunwing and Air Canada did not immediately respond to a request for comment from VICE.

Air Canada told The Globe and Mail it has been using the MAX 8 since 2017 with no major issues. “These aircraft have performed excellently from a… reliability as well as from a safety perspective, and we continue to operate this aircraft as per our schedule,” Air Canada said in a statement to The Globe.

A brand new Ethiopian Airlines Boeing 737 MAX 8 model plane destined for Nairobi crashed on Sunday, killing all 157 people on board, including 32 Kenyans and 18 Canadians. The plane was just four months old and was flown by a senior pilot.

Carleton University professor Pius Adesanmi was one of the Canadians killed in the crash, as was Edmonton woman Amina Ibrahim Odowaa and her five-year-old daughter, according to City News.

The same model crashed in Indonesia in October, killing 189 people. It had been operating since August and was flown by experienced pilots.

A preliminary investigation into the Lion Air crash in Indonesia found the pilots were having trouble controlling the flight after takeoff. The plane’s automatic anti-stalling system had pushed the nose of the plane down. Anti-stall systems stop planes from pointing too far up. The pilots corrected the issue by manually pointing the nose down, but the problem continued. Just before the crash, the crew said they couldn’t tell the altitude of the plane because the instruments were indicating different altitudes.

The preliminary report didn’t determine the cause of the crash.

In the Ethiopia crash, the pilot said he was having trouble after takeoff and wanted to return, so he was cleared to land in Addis Ababa, the airline’s chief executive Tewolde GebraMariam told the Washington Post.

The plane lost contact with air traffic control six minutes after takeoff, and the plane crashed southeast of Addis Ababa. The cause of the crash is unknown at this time.

“WestJet sends heartfelt condolences to those friends and family whose loved ones were on board Ethiopian Airlines flight 302,” a WestJet spokesperson said in an email. “We are monitoring the situation closely and will not speculate on the cause of the incident.”

In response to the Ethiopia crash, China’s aviation regulator has grounded all Boeing 737 MAX 8 flights, representing more than a quarter of the jets worldwide, according to Reuters.

In a statement, Boeing said it was “deeply saddened” to hear the news of Ethiopian Airlines Flight 302. The company said it was sending a technical team to the crash site to provide assistance under the direction of the Ethiopia Accident Investigation Bureau and US National Transportation Safety Board.

About the “Fair Tax for Illinois”: How Much Will It Cost Your Family?