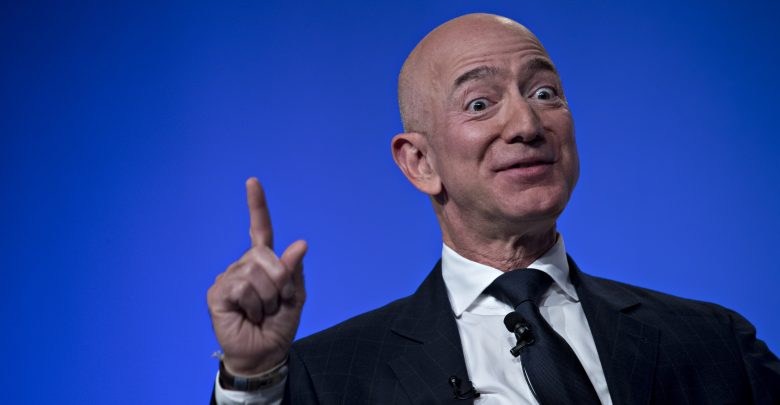 We’re not even three weeks into 2019, but Amazon is well on its way to infiltrating America’s largest city, spreading the gospel of a new wave of West Coast-style tech development in New York.

Shortly after the New Year, the company distributed a round of mailers in Long Island City and surrounding neighborhoods on bright orange, oversized postcards. The message was simple: “Happy New Year From Your New Neighbors at Amazon.”

Published in tandem with a similar open letter, the postcards were stacked with broad promises that have long been tied to Amazon's much-hyped “HQ2” project, which was formally announced for NYC back in November: more state and local tax revenue, thousands of Amazon jobs (as well as other jobs created in local businesses), a new public school, and support for small businesses through cloud services and patronage from new employees. (We reached out to the company for comment on the PR campaign but did not receive a response prior to publication.)

On Tuesday, local outlets like the Long Island City Post reported that another Amazon mailer was coming soon, this time with an added message to contact local politician and outspoken HQ2 critic Senator Michael Gianaris to voice support for Amazon coming to Long Island City. (Politicians like Gianaris could theoretically help thwart or at least complicate Amazon’s plans.) And on Wednesday, the company published its first public job listings in the area that appeared to be tied to the NYC move, though a spokesperson told CNBC these listings were for gigs in existing office space.

If Amazon’s PR foray into Long Island City seems aggressive, that’s because it is—a testament to the wave of resentment that emerged once word of the plan went public in a city where organized labor is strong (if divided) and housing activism a way of life.

“I haven’t heard of mailers in other moves where somebody’s building their corporate center or mall,” said Nathan Burgess, an independent marketing professional and adjunct professor at New York University focused on corporate public relations. “It’s much more assertive than it would normally be.”

But Burgess noted the usual PR strategy does not apply in this situation. Typically, an already-large company is moving headquarters to a smaller city or suburb, not New York—and not the "HQ2" of one of the largest and most powerful brands in modern history. “There’s not a lot of precedent for the biggest company in the country to set up shop in the biggest city,” he said. Amazon did not appear to be employing the same tactics in its other new proposed campus in Arlington, Virginia's Crystal City.

It's worth remembering that the first major poll of local sentiment about the HQ2 move mostly found favorable sentiment in NYC, at least in Queens. But reactions to the PR push ranged from muted indifference to mounting rage that the company remains set to receive generous tax breaks to land in the area. Some residents even took to social media to destroy their mailers.

“I’m frustrated and a little anxious,” said Claire Kinnen, a 30-year-old video producer living in Sunnyside, Queens. She said the fact that there was no public notice of Amazon coming into Long Island City before the gears were in motion, and that the brand had a history as a decidedly anti-union company, made her dread their arrival. “When a company sends a mailer that says you’re my neighbor, that doesn’t change anything.”

The content of the mailers touched on contentious issues for local residents like her. While Amazon could provide the jobs they’ve promised, it’s still not clear whether—or how much—they will hire local recruits. And while the company is touting “indirect jobs” that might emerge from the undertaking, there’s also the possibility that the sprawl of its influence will choke out some local restaurants, bars and small retailers. Kinnen said she was also concerned about their involvement in education. “Funding a school is one thing, but I don’t want them involved in public education,” she told me.

Meanwhile, the politicians leading the anti-Amazon charge were not holding back. Senator Gianaris sent out his own mailer—this one publicly-funded—featuring supportive words from Democratic rockstar Alexandria Ocasio-Cortez last month.

“It’s ironic that Amazon wants billions of our taxpayer dollars and is spending so much to convince the people of western Queens that it is entitled to those dollars. People will not be fooled by slick advertising—they will continue to be against the Amazon deal and so will I,” Gianaris said in an emailed statement, responding to reports of the second mailer.

For his part, local City Councilman Jimmy Van Bramer went off on Twitter.

With a second public hearing about the planned HQ2 coming up at City Hall later this month, Amazon will find itself facing renewed scrutiny from all sides. If it wants to win the messaging game, Burgess argued, the company will have to do a lot better than it has so far.

“They need to give the impression of authenticity and transparency,” he said. “Otherwise there’s going to be a man on the street saying they gave canned responses, and that’s the message that will last.”

Eleven Economic Reports Delayed Due to Gov’t Shutdown: Do We Even Need Them?