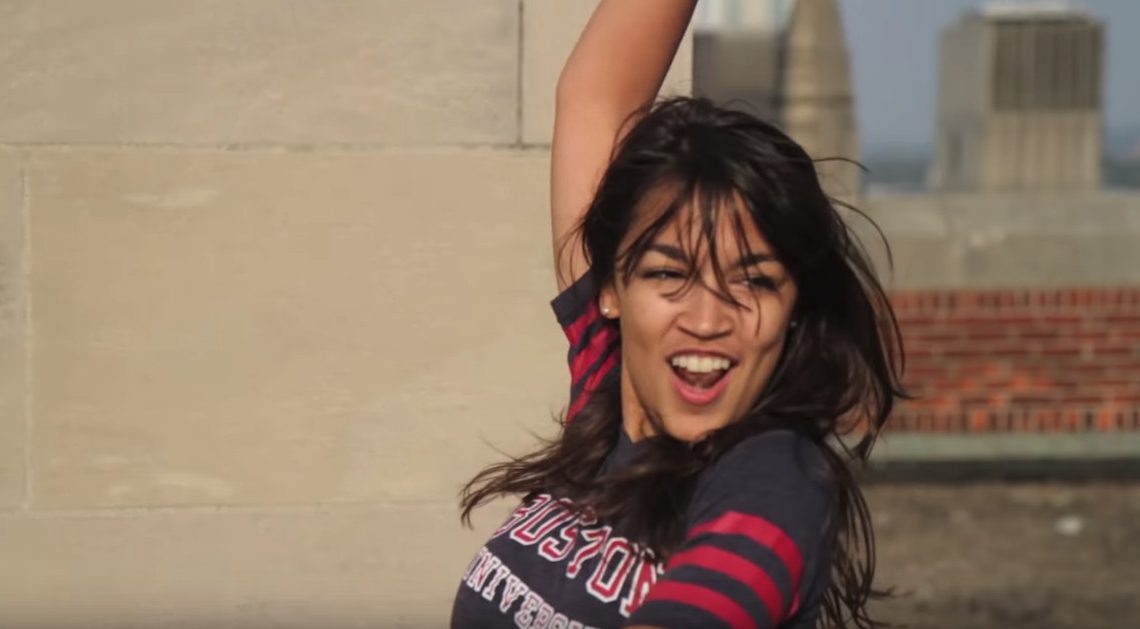 Over the past 24 hours, Apple CEO Tim Cook alerted investors that the company would miss its revenue targets, a North Korean diplomat was reported to have defected to Italy, Nancy Pelosi was elected Speaker of the House, and China landed a goddamn probe on the far side of the fuckin’ moon. But for whatever reason, what’s lighting up Twitter at the moment is, uh, this clip of freshman Congresswoman Alexandria Ocasio-Cortez dancing on a roof when she was in college.

The 31-second video appears to be a couple of clips spliced together from a YouTube video posted in 2010 with new music and a LiveLeak watermark added. The original upload is a 4:20-long (!!!) montage of several Boston University students (including Ocasio-Cortez, who graduated from the school in 2011) dancing to Phoenix’s “Lisztomania” in an apparent homage to this The Breakfast Club mashup video.

This is perhaps the tiredest in a long line of tired attempts to attack Ocasio-Cortez for things like growing up in a house, wearing work clothes to her job, and having a nickname in high school (which is where that “Sandy” thing comes from). While some conservatives are ineptly trying to weaponize this harmless content, this apparent attempt at “exposing” Cortez is so asinine it feels like trolling, and Twitter has taken note.

US NGO Teams Up with Gulf Terror Sponsor to Target Asia