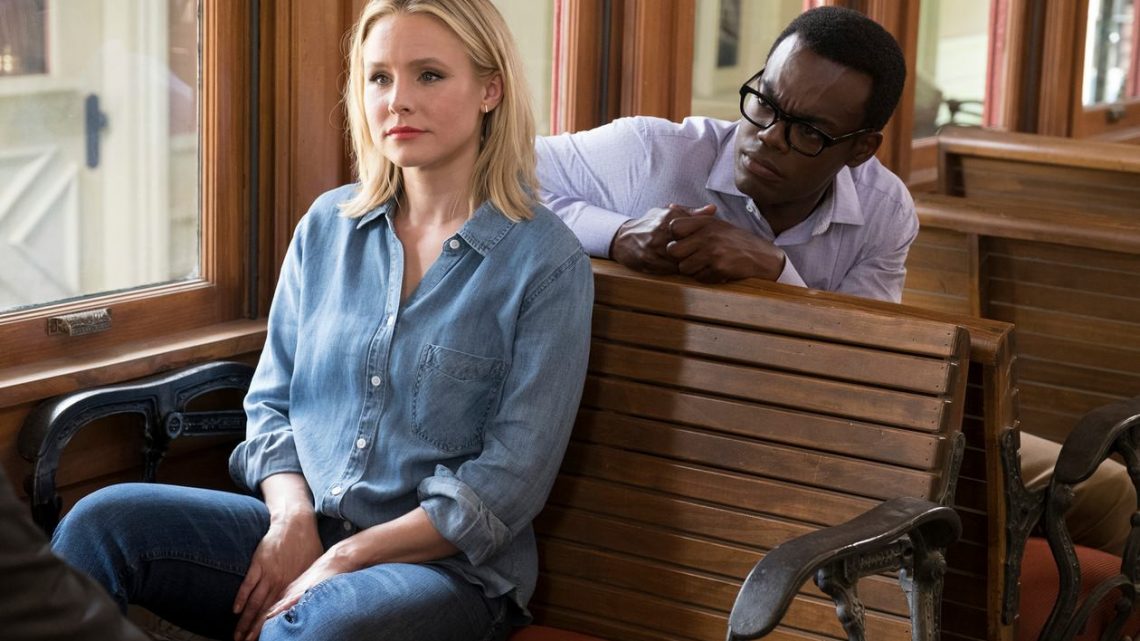 Is Chidi in the Bad Place Because of a Diagnosable Mental Illness?

Welcome aboard the Ethics Express! At least, that’s the idea behind the NBC comedy The Good Place, which follows the trials and tribulations of four recently-deceased weirdos in the Good Place (a sort of heaven, with a surprise twist), the Bad Place (a sort of hell), and some spaces in-between. The Ethics Express is also the name of the trolley used by now-reformed Bad Place architect and literal demon Michael (Ted Danson) to bring a philosophical thought experiment to life. In the episode titled “The Trolley Experiment,” Michael gets a kick out of torturing Chidi (William Jackson Harper) by forcing him to decide between killing five people or veering right to kill just one person. A former professor of ethics and moral philosophy, Chidi is basically living out his worst nightmare, but decision-making isn’t only difficult for him in matters of life and death.

Chidi, in fact, was cast into the Bad Place because of his rigidity and inability to make any decisions. Throughout the show, flashbacks to his time on Earth reveal that Chidi has always dealt with severe anxiety around making choices. Michael tells Chidi that his indecisiveness hurt everyone in his life during his time on Earth, and so he's doomed to suffer for all eternity. But is Chidi in the Bad Place for the wrong reasons? And what is the intended message about mental health issues if he's in the Bad Place because of his anxiety?

While the first two seasons of the show focus primarily on Chidi’s time in the afterlife, his behavior remains much the same as it was on Earth, despite the fact that he believes, at least for a while, that he is in heaven. Whenever he’s faced with a decision of any kind—whether it’s choosing whether or not to help Eleanor (Kristen Bell) become a good person, or if he should use pen and paper or markers and a whiteboard to make a pro-con list—he exclaims that he has a stomachache. For anyone who suffers from anxiety, this seems pretty symptomatic, especially when Chidi explains that his brain often feels like a fork stuck in a garbage disposal.

Licensed clinical social worker Cara Maksimow, who specializes in clinical therapy and counseling for life and work transitions, depression, and anxiety, explained that Chidi exhibits key signs of generalized anxiety disorder: constant worry and difficulty controlling that worry, a need for external validation that causes him to define himself by his academic accomplishments, a propensity to think of the negative possibilities, and general restlessness.

Psychotherapist Robyn Gold, a specialist in anxiety, depression, and acute stress disorder, echoed Maksimow’s thoughts, adding that that this type of maladaptive way of thinking can develop in childhood or as a result of a genetic predisposition to an anxiety-related condition. One consideration in the diagnosis of a mental health disorder is whether symptoms have gotten in the way of a person living their life—whether that's at work, socially, or in another area.

“As his indecisiveness has had negative impacts on others in his life as well as his relationships, we can infer that his social functioning is impaired, or at the very least that he experiences significant distress,” explains Dr. Kathleen Payne, a clinical psychologist who works regularly with PTSD patients.

It’s not just mental health experts who feel for Chidi. Fans of the show have taken to Reddit and other online forums to express their disappointment and confusion as it relates to Chidi’s fate. Many say that Chidi captures their own feelings perfectly with his fork-in-the-garbage-disposal metaphor, and that rather than burning in hellfire, Chidi might instead benefit from the right combination of medication and therapy. Or at the very least a more understanding God. They are not wrong.

The show makes a lax attempt to address concerns about Chidi’s mental health at the beginning of season three. After a near-death experience, Chidi goes to see a neuroscience professor. Apart from a “flurry of activity” that lights up when she asks him to choose between red and blue, she tells him that, at first glance, his brain is very healthy. Chidi is relieved to finally have some answers, but Maksimow explained that diagnosing anxiety disorders is usually based on symptoms, not neuroimaging. Although an MRI might reveal some abnormalities in the part of the brain that processes emotions like fear and anxiety, imaging like that is rarely if ever entirely conclusive.

Fans, too, note that it’s odd Chidi goes to a neuroscientist in the first place and not a therapist. They suspect, hopefully, that this is the first of many stops along the path to self-discovery and self-help for Chidi, although they don’t necessarily agree with his starting point.

One Redditor wrote, “I was a bit thrown by the MRI testing in general. At first I thought Chidi was going to be asking for help from a psychologist or a therapist, but for some reason he goes to a neurologist, and he thinks there's something physically wrong with his brain? Rather than, say, an anxiety disorder that's been exacerbated by the nature of his chosen academic field?” Like many other Redditors, they go on to share their personal story, diagnosis, and treatment for comparison. “This storyline has a strange implication that psychology/therapy isn't real and anxiety is only ‘real’ if there's a literal, physical issue with how the brain functions,” they added.

Neuroimaging aside, the issue is that anxiety, a mental health disorder, is treated as a reason to be damned to the Bad Place, ignoring that it's rarely something an individual can control on their own. In terms of that, introspection does seem to help Chidi at times, but only temporarily, which is to be expected given that you can't typically think your way out of a mental health problem. Still, his intentions are always pure and good, as he always seeks to help and be kind to others. That has to count for something, right? Chidi is the only person in the show’s central four—Chidi, Eleanor, Tahani (Jameela Jamil), and Jason (Manny Jacinto)—who has never done something that appears to be objectively wrong.

Of course, The Good Place isn’t exactly meant to replace, or even call into question, traditional schools of thought on ethics and morality. Creator Mike Schur admitted to VICE recently that, although he’s read a lot of books on ethics and moral philosophy, he understands it all on a “Wikipedia-entry level.” If nothing else, The Good Place is a thought experiment of its own, and Schur concurs. What if the afterlife really does work like this and not in accordance with any major organized religion? What if you could hitch a train from eternal damnation to a Medium Place because you weren’t a total ashhole? What if it wasn’t until you got there that you met a thoughtful, albeit anxious soul who taught you the true meaning of life?

The world of the TV show is flawed, and not just because there’s no Medium Place for medium people. The Good Place, the Bad Place, and the powers-that-be lack compassion and subjectivity. It’s not all that different from life on Earth, where mental illness remains stigmatized, if not outright punishable, and it forking sucks. Having anxiety, depression, or OCD doesn’t make you a bad person, and it certainly doesn’t warrant a one-way ticket to the Bad Place—fictional or otherwise.

Democrats Still Don’t Seem to Know What Winning Looks Like