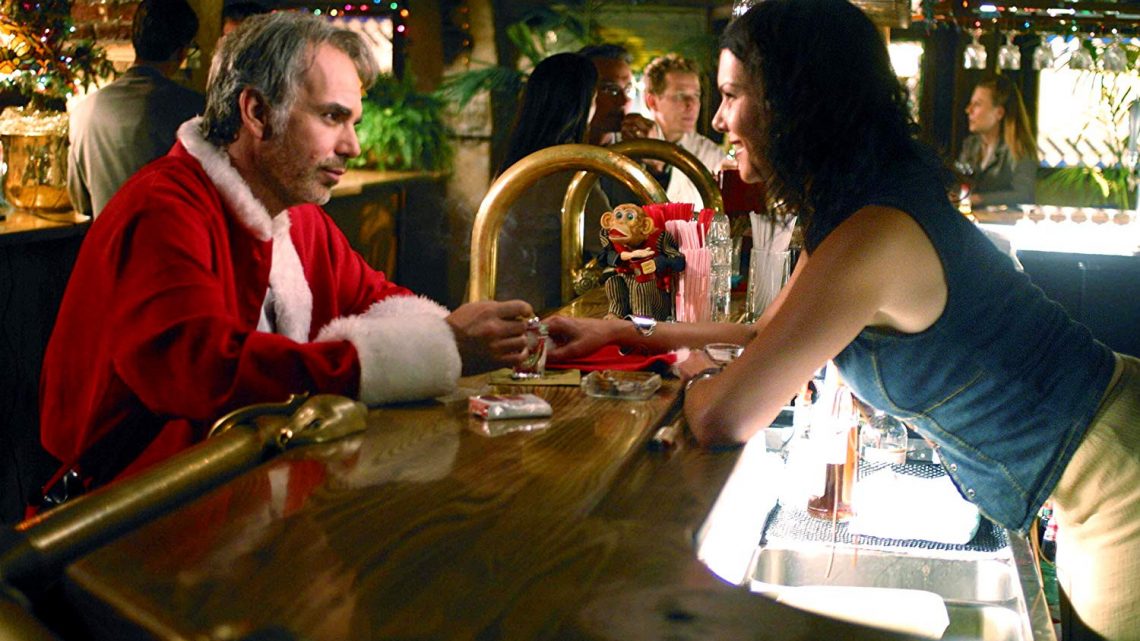 When screenwriters John Requa and Glenn Ficarra first approached the Coen Brothers with the script for Bad Santa, they hoped it would appeal to the brothers enough that they’d want to direct it. The Coens didn’t. Instead, they rewrote the film, removing some tasteless jokes (like ones about Down Syndrome that Requa and Ficarra had put in) and tweaking the dialogue so lines like, “No, thank god,” became gems like, “No, thank the fuck Christ.”

The Coens wanted the movie to be similar to The Bad News Bears, where Walter Matthau played a hard-drinking grump that coaches a gang of little league misfits. They envisioned James Gandolfini in the lead role (other actors who were considered include Bill Murray, Jack Nicholson, Robert De Niro, Sean Penn, and Nicolas Cage) and recommended director Terry Zwigoff (Ghost World, Crumb) take the helm after their extensive edits. They also injected this story, about a drunk misanthropic con artist who poses as Santa to rob department stores on Christmas Eve, with some serious daddy issues.

The Coens are known for incorporating deep-seated themes into their works, from the balance of feminism and masculinity (in The Big Lebowski) to consequentialism and recidivism (Raising Arizona, Fargo) to questioning the importance of art in the world (Inside Llewyn Davis, Hail, Caesar!). For Bad Santa? This Christmas classic received the gift of overcoming fears of impotence and emasculation. And 15 years since its debut, Bad Santa is still as big as ever.

Whether Willie Soke (Billy Bob Thornton) is engrossed by scantily-clad women playing volleyball as he clutches a half-eaten corn dog or interpreting a comment made about his “performing” as Santa Claus to imply that he has poor sexual prowess, it's all about fears of male inadequacy in this 2003 comedy. Bad Santa’s unrated extended cut begins with Willie drinking and admitting in an opening monologue that, as a kid, his father routinely beat and humiliated him. Fast forward a few decades and he’s become a sex-addicted alcoholic who spends his time going to strip clubs and using his skills as a professional safecracker to rob people’s homes. Willie’s only “friends” are Marcus Skidmore (Tony Cox), a dwarf who organizes their annual score, and Marcus’ wife Lois (Lauren Tom), who serves as getaway driver. Despite his many hookups in Bad Santa, Willie is afraid of creating lasting relationships (“Got a name?” “Yeah.”), having a family of his own (“I’m not your fucking ‘da-da’”), and becoming the same kind of father that his own dad was.

Although by having to play a mall Santa for his holiday heist, Willie ironically comes to represent every child’s collective father figure. Especially for Thurman (Brett Kelly), an eight-year-old who idolizes Santa and lets Willie stay with him and his senile grandmother for the holidays. Thurman rescues Willie after he’s accosted by a man outside a bar attempting to assault him (“Turn around, elf fucker! Who’s the bitch now, Sandy Claus?”), which leads to a tenuous friendship between Santa and the kid. While Thurman is able to fend off the guy making a grab at Santa, he’s unable to confront the bullies in his own life. Willie steps in and beats up the leader of the skateboarding kids that give Thurman a black eye, and then attempts to teach him how to fight back. But the only defense that Thurman takes away from an impromptu boxing lesson is how to kick people in the groin. 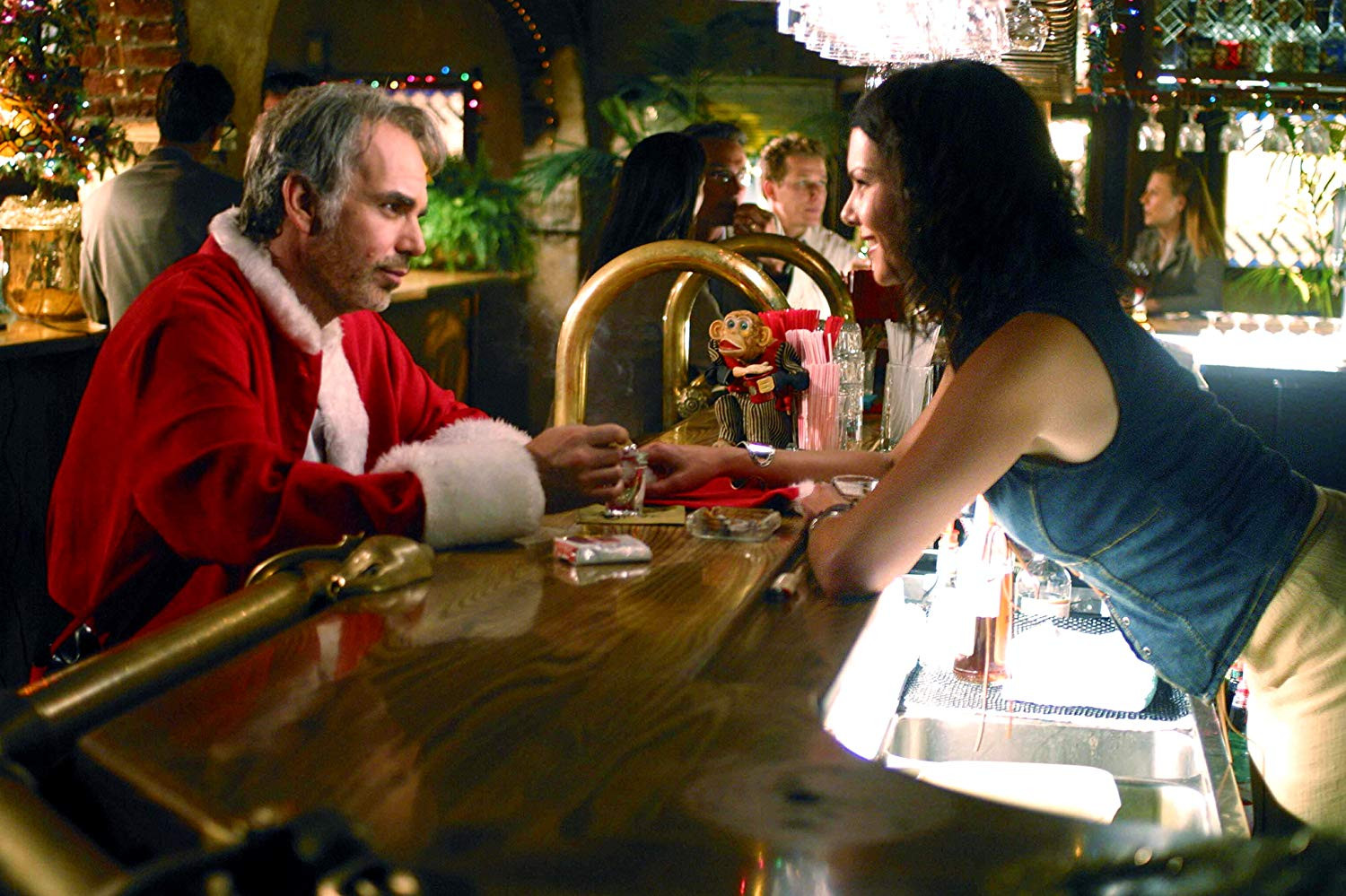 Sure, part of the reason there are so many dick jokes in Bad Santa is because it’s the sort of humor that appeals to the dark comedy’s R-rated audience. But on a deeper level, Bad Santa is also the story of a broken man triumphing over his fears of failing as a father and being generally impotent. (“Don’t take no shit from nobody, least of all yourself.” Willie later writes, in a letter to Thurman.) At the end of the movie, Willie is fighting to deliver the one thing he’s been undermining for years: Christmas itself, in the form of a gift for Thurman. The little stuffed pink elephant he steals for the kid may be covered in blood, but it’s also got a small and twisted—yet proudly erect—little trunk.

Is Chidi in the Bad Place Because of a Diagnosable Mental Illness?