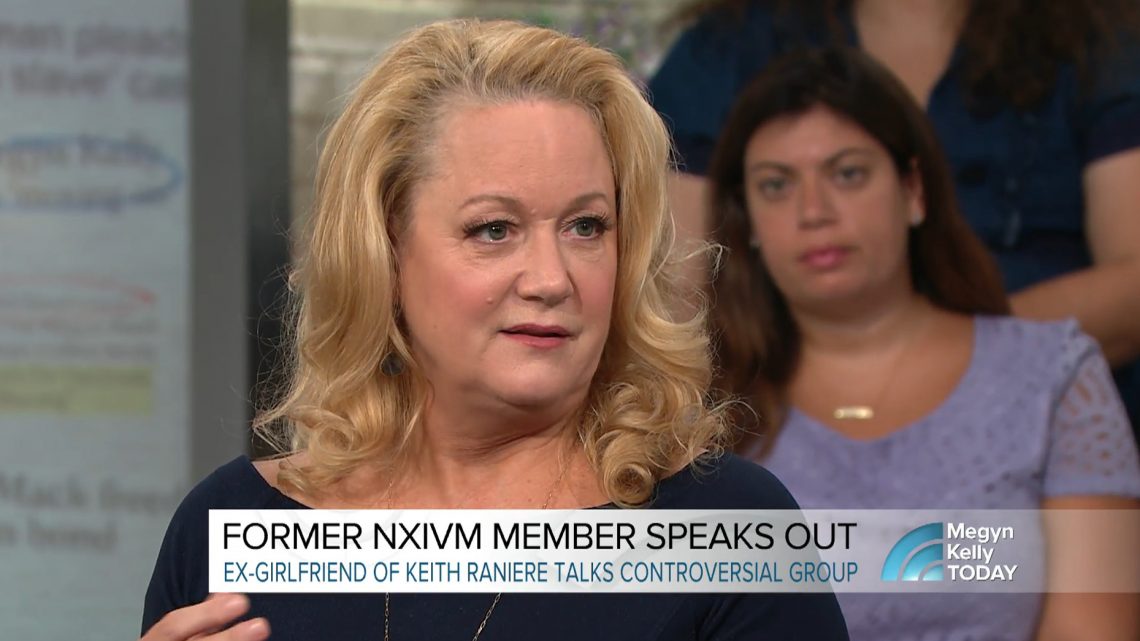 In March 2015 it had been more than five years since she left her boyfriend and business partner Keith Raniere—though his self-help company NXIVM continued to chase her with lawsuits in several states.

NXIVM, whose top members are now awaiting trial for sex trafficking, racketeering, and other charges, had accused Bouchey of defamation and breach of client confidentiality, and she was still fighting low-level felony charges for allegedly accessing their computer servers using a former client’s login credentials. All of those charges would eventually be dismissed.

The last person she was expecting to call her was Kristin Keeffe, one of Raniere’s most loyal girlfriends, mother to his child, and longtime overseer of the very lawsuits that intimidated and silenced perceived enemies like Bouchey.

“For five years I had sat across from her in all those lawsuits. She was their legal liaison, commanding seven law firms in four states,” Bouchey told me. I’m not surprised when Bouchey says in the moment she wanted to cuss and accuse Keeffe of ruining her life. But she decided to hold back and listen to whatever it was Keeffe had to say.

Keeffe told Bouchey she’d left Raniere and NXIVM, and was currently in hiding with her son. This was unfathomable to Bouchey because everyone knew Keeffe had been so deeply committed to Keith Raniere that most assumed she was prepared to go down with the NXIVM ship—to even die for the cause.

“I didn’t know if it was real. She said I was the first person she called the first week she quit,” Barbara says of the phone call that would ultimately change both of their lives. “The whole time I thought she was trying to set me up, or frame me, maybe hoping I would slip up.”

Despite her suspicions that Keeffe had other motives, Bouchey earnestly hoped she was telling the truth. Because if Keeffe had really defected from NXIVM, a group described by experts as a highly controlling cult, it meant there was a possibility that anyone could wake up and leave.

For nearly two hours Keeffe would unload her knowledge of many alleged crimes and conspiracies led by Keith Raniere, Nancy Salzman, Emiliano Salinas, and Clare Bronfman. This included an alleged plot to get Bouchey and others thrown in Mexican jail.

Keeffe asked if Bouchey remembered being invited to an anti-cult conference in Mexico. Bouchey said she recalled getting a few calls from a Mexican journalist, but she never picked up. Another one of Raniere’s exes, Toni Natalie, had told Bouchey about similar calls.

“Here is what Keith and Emiliano did: they bribed a judge in Mexico to issue an indictment against you,” Keeffe told Bouchey. “You were going to be lured into Mexico, and when you got to Mexico, they were going to put you in fucking prison. You should see the emails!”

“Were they really?” Bouchey replied, shocked. “How serious were they?”

“They were as serious as a fucking heart attack. I saw the judge’s decision. Keith helped write it, and there were issues about Emiliano translating it. He worked on this for years. Fucking years.”

At this point, Raniere was still at the height of his power. In Vancouver, the NXIVM community was celebrating new enrollment milestones, and recruitment in Mexico City was starting to outpace every other center on the planet. NXIVM critics were losing in court. Bouchey, who was fighting computer trespassing charges, was still struggling to bring a new attorney up to speed, and would later decide to represent herself.

All she could say was “Wow.”

“Here’s the thing Barbara, that is why I’m in fucking hiding. I mean this is why I’ve had to take these extraordinary measures before I could get involved in this because it’s fucking black. This was serious shit.”

Anyone who turned against Raniere could expect intimidating phone calls and in some cases, spying from private investigators. Court documents allege the group accessed bank records on six federal judges and cult deprogrammer Rick Alan Ross. Given how much Keeffe knew, she feared even worse might happen.

After being sworn enemies for the last five years, Keeffe and Bouchey were suddenly going into battle on the same side once again. For the first time in years, it looked to Bouchey like they stood a chance against Raniere.

“Do you have a prediction of how this will go down for Keith? Do you think that we’ll be able to hold him accountable?” Bouchey asked.

“Yes, I do,” said Keeffe. “I think he will be thoroughly and utterly destroyed.”

For both women this was an incomprehensible turning point. Nobody had the means to take Raniere and his heiress-backed organization down, but Keeffe was giving Bouchey hope that it was possible. Most former members didn’t know the extent of what was going on behind the scenes, but Keeffe seemingly had more dirt than anyone else who left before.

But even with Keeffe’s inside knowledge of alleged fraud, tax evasion, hacking, obstruction of justice, and other crimes, the two women probably understood the path ahead wouldn’t be an easy one. Keeffe said she knew billionaire heiress Clare Bronfman was funding an “off the grid” fund for Raniere.

“There was two and a half million dollars in it,” said Keeffe. “Now I’m sure it’s ten times that.”

This conversation would eventually become evidence presented in US court as part of Bouchey’s criminal defense. To this day, none of the allegations against Raniere have been proven in court. Perhaps surprisingly, it was not the alleged plot to have enemies thrown in Mexican prison that would catch law enforcement’s attention. It was an even larger plot, allegedly involving sex slavery and branding, that pushed federal agents to arrest Raniere and his second-in-command Allison Mack.

Some of the women I’ve spoken to suspect Keeffe’s exit in 2015 is what tipped Raniere into the paranoid and vengeful headspace that birthed the “sorority” that required members to hand over damaging “collateral” to prove their commitment to secrecy. Months later the first women in Raniere’s pool of girlfriends would allegedly be branded in a ceremony that would cast them as lifelong slaves.

It would be another two years before NXIVM recruiter-turned-whistleblower Sarah Edmondson got on a plane to Albany to participate in a secret ceremony that branded Raniere’s initials halfway between her vagina and hip bone.

Raniere maintains he did not create the secret group, and has pleaded not guilty to all charges. In an extended interview with CBC’s Josh Bloch, released today in one of the final episodes of Uncover: Escaping NXIVM, Raniere’s lawyer said the women voluntarily branded themselves “knowingly, with their eyes open.”

The FBI is continuing its investigation into NXIVM, and has suggested there could still be more charges. Most recently, a superseding indictment against Clare Bronfman, Nancy Salzman, and other members of NXIVM’s innermost circle named several of the allegations Keeffe and Bouchey discussed back in 2015.

So far, that’s included intercepting electronic communications, immigration fraud, and even grooming young women as potential sex partners for Raniere—but not the plot to jail his ex-girlfriends in Mexico. Whether that phone call will prove even more prescient as the FBI’s investigation continues—we’ll have to wait and see.