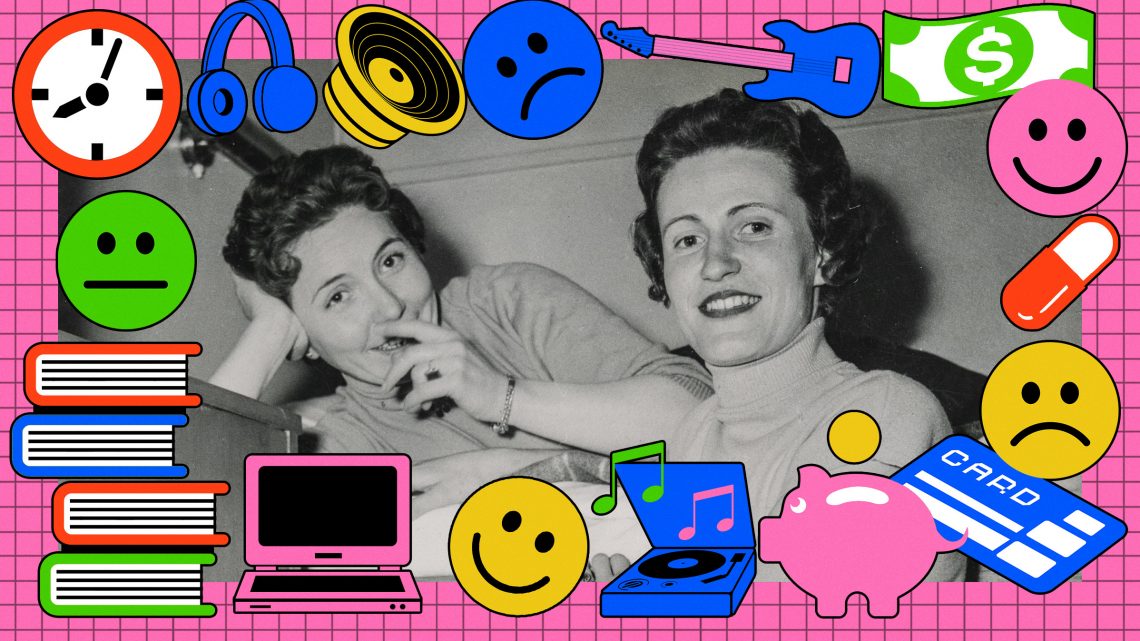 Welcome to the VICE Guide to Life, our imperfect advice on becoming an adult.

A truly awful roommate situation can seriously ruin your life. You’ve left home and now you live with a stranger. Maybe they were assigned to you randomly, maybe you found them through Craigslist or a Facebook group or an acquaintance of an acquaintance. They’re not your family; they’re probably not your friend. Yet you are about to share a few dozen square feet with this human being—or human beings!—for the next year or so at least. They will impact the way you eat, sleep, have sex, do drugs, work, study, exercise, and socialize.

You don’t need to be a psychologist to understand that a good roommate relationship can help lead to good mental health, while a bad one can make existing issues even worse. Expertise in human interaction doesn't hurt, though, so we asked a bunch of psychologists and a college administrator how best to interact with roommates. Nearly everything they told us can be boiled down to one idea: don’t be nasty.

In one sense, this is literal advice. “Cleaning is ALWAYS at the forefront,” Gail Tuttle, Senior Vice President of Student Life at High Point University—rated the best dorm life in the country by housing research company Niche—tells VICE. “Some students have a high expectation of cleanliness that is not met by the roommate. So then it becomes a ‘contest’—leaving the mess and/or cleaning constantly.” A relationship that seems fine can go straight to hell due to a sink full of dirty dishes, or a floor strewn with laundry, or a mysteriously sticky table.

Gelling with someone on this topic can be hard, says Villanova University researcher and clinical psychologist Dr. John Kurtz, because of differences in conscientiousness, one of the big five traits psychologists use to talk about human personalities. A very conscientious person is self-disciplined, needs to plan, likes to keep organized, and is motivated by achievement. People with less conscientiousness are more laid back and less reliable. His research indicates it’s the only trait that predictably impacts roommate relationships in a bad way.

High Point University works to keep students with different levels of conscientiousness from rooming together by administering personality surveys before they assign rooms. Pairs of freshmen roommates also fill out a full-on workbook about their behavior when they arrive. “Having this conversation before a conflict erupts helps to clear the air and make sure that roommates are on the same page,” Tuttle says. “It helps to mitigate issues before they escalate.”

For those without the luxury of an institution forcing them to communicate well with each other, there’s the free Big Five Personality Test. The results can be unreliable, especially for women, but it can unearth huge personality differences early enough to avoid disastrous roommate pairings.

Supposing both roommates agree on an acceptable level of mess, Tuttle says the other most common conflicts are sparked by how students handle “overnight partners,” illegal activity in the dorm, Greek life, long-distance relationships, and privacy. In other words, sex, drugs, and drama most frequently to drive roomies apart. The other meaning of “don’t be nasty” is to approach these situations with empathy.

Empathy and perspective taking are the most important tools for maintaining close relationships, according to Dr. Amy Canevello, an associate psychology professor who studies the tactics people bring to conflict at the University of North Carolina Charlotte. She’s identified four tools that lead to win-wins in arguments:

Troubleshooting a shitty roommate can only do so much. People of color face unique challenges in overwhelmingly white American colleges, the data shows that racial tension between roommates can be a significant source of stress. According to a study by West Virginia University professor Dr. Natalie Shook, students with interracial roommates report lower quality relationships, and different-race roommates are more likely to split up early. However, her study also suggests that white students who live with a person of color get better at dealing with race over time.

“I found that students who were randomly assigned to an interracial roommate relationship exhibited reduced prejudice levels and reduced intergroup anxiety by the end of the first semester,” Dr. Shook tells VICE. “Students in same-race rooms showed no change.” She adds that other work from her lab suggests the same is true of exposure to LGBTQ students.

While slow change in attitude over time appears to be possible, Dr. Shook doesn’t recommend putting up with awful shit. “I would encourage students of color to report incidents of racism or race-insensitivity to the residential housing administration,” she says. “Students should know that they are not alone.”

At a certain point, two students may find that they simply cannot live together any longer. According to Dr. Kurtz’s research, it’s clear to both sides when the relationship is failing. He surveyed over 200 female college students and found that both sides reliably reported the same level of quality, whether a relationship was good or bad. “I think it’s an important part of life to encounter people that you may or may not get along well with,” he says. But if the relationship is failing, you’ll know it, and your roommate will know too.

“When it stops being good for both people, when you realize it’s not going to change, it’s OK to get out,” says Dr. Canevello. “This goes for all relationships.” But there’s a right way and a wrong way to break up with a roommate. “Don’t do it in the heat of the moment. Don’t do it in the middle of an argument. Recognize that there are more and less helpful spaces to be in.”

Follow these guidelines, and hopefully, you’ll have a healthy and productive relationship with the alien you now live with. Or, at least, if things go wrong, you won’t have to get a lawyer involved.