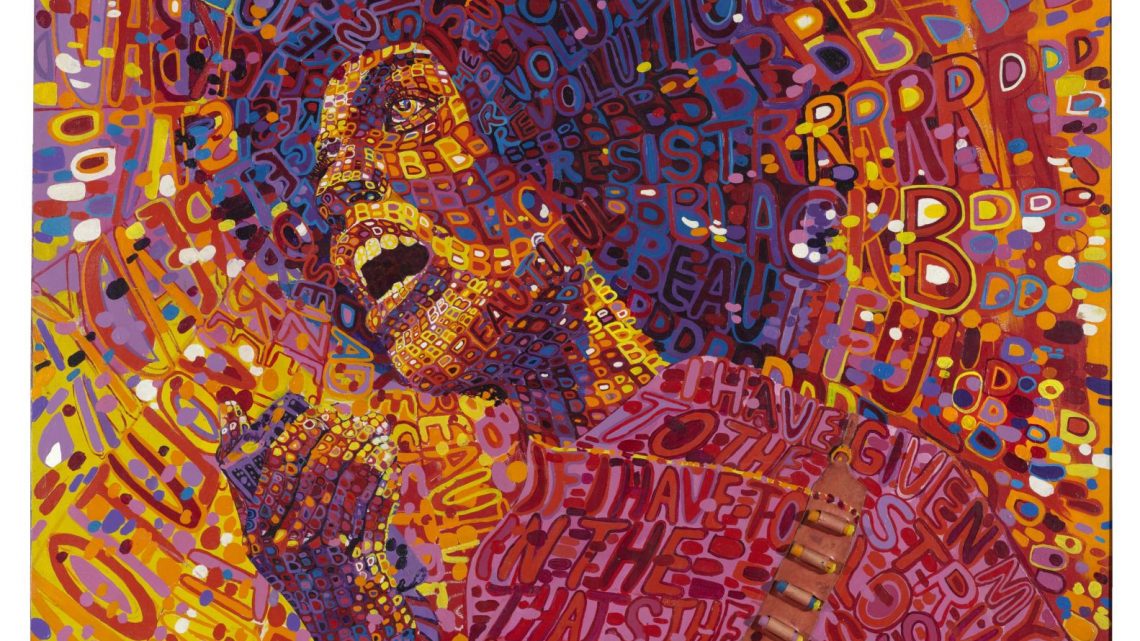 Does Black Power Have an Artistic Aesthetic?

What do black artists owe to a revolution? Can a black revolution exist without period-defining art? What style of art should represent a black movement? Each of these debates reverberate beneath the surface of the Brooklyn Museum’s new exhibit Soul of a Nation: Art in the Age of Black Power.

The show has been making its way around the country after its debut in London in July 2017. Last Friday it opened in its biggest form yet at the Brooklyn Museum, with more than 150 pieces from over 60 artists. I anticipated the main theme of the experience would be how that period parallels our current moment. But the sheer number of artists reunified in the space refocused the attention on how they related to one another and how they interpreted their role in the movement.

The exhibit’s layout brings attention to these questions by highlighting collectives on the first floor, organizing their gut-punching commentary by region to help show the styles and topics that influenced each city’s black art scene. At the time, multiple collectives were debating whether they should create a mutual style of art that can represent the movement. Meanwhile, the abstract artists on the second floor created work that doesn’t depict people or easily recognizable symbols even though it conceptually relates to blackness. But some artists still saw themselves as part of the revolution even while they disagreed with creating a collective black art style.

From the opening room, which focuses on a collective called the Spiral Group in New York that was formed just before the black power movement, this question of whether to create a mutual style is a front-and-center debate. Curator Ashley James explains, “You see a group asking each other whether there is such a thing as a racial aesthetic or a political aesthetic. And they didn’t necessarily have a singular conclusion.” Romare Bearden suggested collaging as a form of collaborative political art and the group had one show where everyone presented work in black and white but they were reticent to go further. And some collectives “were mostly for workshopping and critique purposes,” Farmer adds.

Chicago-based art collective AfriCOBRA was on the opposite side of the spectrum, clearly interested in establishing a mutual style with their eye-popping bright colors and busy portraits that appear to visually wrap the subject in sentences. They even lay out collective principles in a manifesto called “Ten in Search of a Nation.” They also collaborated on a mural of more traditional portraits depicting black icons called the "Wall of Respect" in the (south side) of Chicago. The mural helped buoy the neighborhood as a creative hub and gathering place for the movement before the mural was “mysteriously” burnt in a fire. In their instance, moving toward a mutual aesthetic appeared to have a positive community-building effect.

If there was an artistic style that came to represent the movement more than any that would probably be Emory Douglas’ illustrations, which ran in the Black Panther Party’s newspaper. While Douglas wasn’t developing a collective style with a group of Oakland artists, it was clear he too decided as “the minister of culture” for the party that defining a signature aesthetic could help the movement.

“Emory Douglas is the most easily recognizable for his contribution to political commentary, but his illustrations were also a real innovative aesthetic practice with bold outlining and radiating designs,” James explains. “There’s a real thesis there, a strategy there.” The strategy paid off for him as his work was able to spread radical commentary across the globe.

But the Bay Area room full of Douglas’ illustrations also starts to reveal the downside of moving toward a singular iconic style. His work essentially ends up speaking for the entire region in the exhibit as only one other artist is on display with multiple pieces in the Bay Area room. Douglas’ illustrations pushed a straightforward patriarchal view of gender roles in the movement, with women holding babies and men holding guns. If other artists of his time disagreed with those depictions they were certainly overpowered in historical memory.

Abstract artist Raymond Saunders spoke out against the idea of moving toward an aesthetic for black art and the pressure to create art related to race in his 1967 pamphlet “Black is a Color.” And other abstract artists were frustrated because they thought abstraction was actually an ideal way to express liberating ideas about blackness.

“They felt like people were making them out to be separate from the movement,” James says. But not all of them agreed. The description for artist Tom Loyd’s installation of colorful lightbulbs resembling a traffic light says he believed, “when Black people see an artwork created by a Black artist they feel their creative potential affirmed.”

While abstract art arguably leaves a lot, perhaps too much, up for interpretation, adding to its exclusive reputation, the specific ways each piece relate to blackness after reading the descriptions provided a radically inclusive feeling. For example, one piece by Jack Whitten is a large black triangle with etches that the artist apparently made with his afro comb in homage to Malcolm X.

The era didn’t come away with an overarching period-defining style the way some artists imagined it might. Instead, it birthed a myriad of stylistic inventions that each clearly came from and represented the historic moment. But the movement still birthed an aesthetic that represents black power politics outside of the art world with its afros, hair picks, military attire, fists, and consciousness-shifting lingo. Art was an integral part of spreading these empowered images and furthering the philosophy behind them. So while the debate that existed among the artists at the time about the best way to assist the revolution may have been inconclusive, looking back it’s pretty clear what they accomplished. Each piece in the exhibit is not so much a representation of the movement as they are physical artifacts of the revolution itself.

Kavanaugh Has Exposed the Savage Amorality of America’s Ruling Class

‘Basquiat: Rage to Riches’ Is the Last Doc We Need on the Iconic Artist