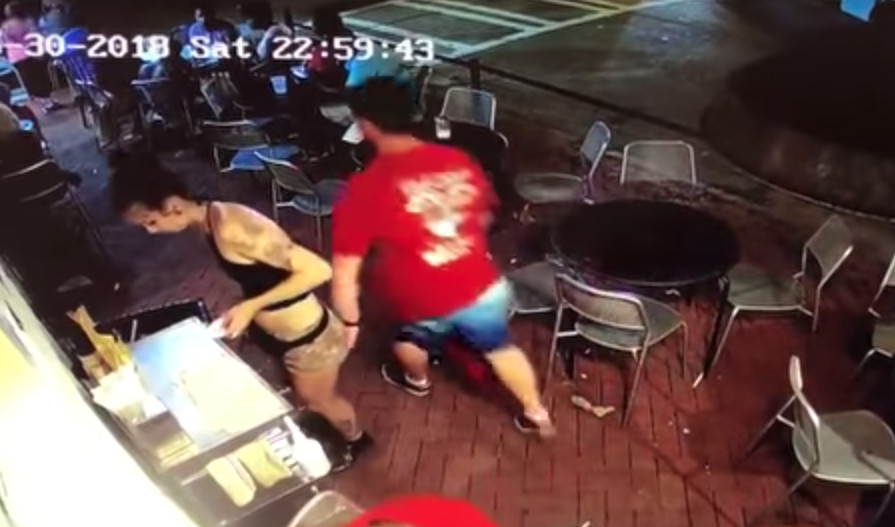 Watch a Waitress Take Down a Creep Who Groped Her

Getting catcalled and groped is just a daily experience for millions of cis women, as well as trans and non-binary folks. And as much as we'd love to channel our inner Jessica Jones and slam a street harasser's sorry ass into the pavement, most of us are forced to suffer in silence—retaliating is not an option when it could jeopardize safety. And there is very little recourse in a society that doesn't regularly pay attention to these offenses, much less record them.

But last month, justice was served in Savannah, Georgia, when a Florida man was arrested for groping a waitress who was just trying to do her damn job. In a video posted to Reddit, 21-year-old Emelia Holden retaliated against the creep, pulling his shirt and slamming him to the ground just moments after he grabs her.

"I didn’t even think, I just reacted," she told PEOPLE. "I don’t know how I reacted the way I did. I’ve never done that before."

The entire smackdown was captured on security cameras, and Reddit users chimed in with their support, heavily up-voting the comment "So she’s a server.... of justice." As for the words Holden can be seen telling the guy while he's down on the ground: "I looked at him and I said, 'You don’t touch me, motherfucker!'" Holden told PEOPLE.

According to Buzzfeed News, Ryan Cherwinski, 31, was taken into custody on June 30 and charged with sexual battery after the incident, but was released from jail a few days later on a $2,500 bond. The fact that he was arrested is an important win—thanks to the cameras, this woman was able to defend herself and see that this foul man was apprehended.

"The guy claimed that he was just trying to push me out of the way and, 'Oh, I barely touched you.' Once the police saw the video, they immediately arrested him. There was no doubt that he did it," Holden told PEOPLE.

In a world where harassment is routine, it is satisfying to see men like Cherwinski face the consequences of their actions. And thanks to the virality of the video, hopefully those who may have somehow considered harassment acceptable may be forced to consider whether their idiotic behavior warrants a run in with the authorities. Or maybe they could just start seeing women as people?

"I’m glad that other women can see this and know that you can stand up for yourself," she added. "You also have the right to wear whatever you want without having to worry about being groped."