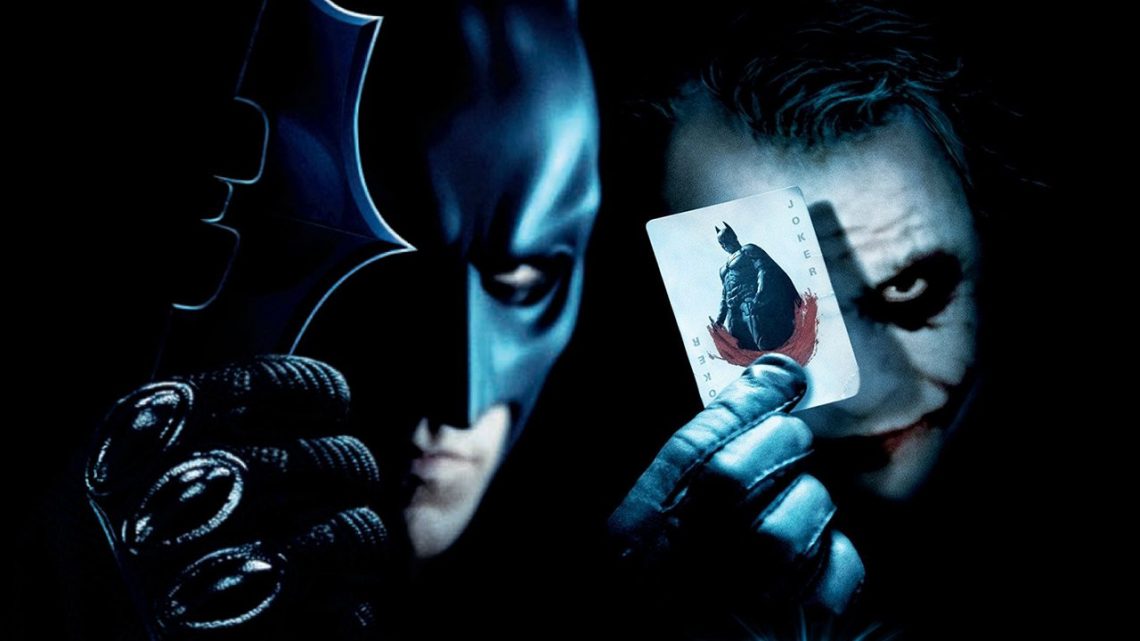 ‘The Dark Knight’ Helped Me Recognize My Fear of People

Let’s talk about what it means to feel fear.

By definition, they say that it’s a prickling response when danger is afoot—a brain-induced threatened state that affects organic and metabolic functions—you want to hide, flee, or freeze. I’ve lost count of the times I’ve tried to flee, but the 11 grade stands as my most damaging escape—I dropped out of high school. I could no longer stand the nervous jolts of adrenaline that came and went around teachers, students, or other people. At 23, I chose to freeze, spending months in a voluntary state of isolation—I wrote about this before. And as I put down these words, I want to hide, like the many times I’ve sought concealment through pop culture or a bottle.

If pushed, I couldn’t tell you where my fear of people came from. I’ve read that it’s a matter of brain chemistry or some incident unresolved. Whatever. I just know that it’s my way of being at this point. Something that comes and goes. As a result, I spent a good deal of my life figuring out the missing pieces of me through watching movies—manhood, communication, relationships, and yet cinema so rarely zeroed in on the complex contradiction between my fear and my profession—my anxiety and my move into journalism. It’s why I can appreciate The Dark Knight far beyond the grounds of cinematography and direction ten years after its release because frankly, it speaks loudly to how I’ve dealt with it all.

The plot itself—in case you’re not into the whole make-believe heroics thing—is a continuation from Christopher Nolan’s vigilante origin story, Batman Begins. The topic of fear played a pivotal role in the original, which specifically used the word as a basis for the hero’s growth. The sequel, often coined as the greatest superhero movie ever made—more accurately labeled as one of the better psychology films ever made—latched onto the idea of fear and pushed it to extremities through contrast. On one end, you had this guy, Bruce Wayne, who lost his parents as a child, developed a fear of loss (and bats), and put on a bat costume to cope. As a result of his crime fighting profession, his fear drove him as much as it was used as a tool to do his job. His mission in The Dark Knight includes a steadfast refusal to kill while doing it—an unmovable decree.

On the other end, there’s the yin to his yang, the Joker, played by Heath Ledger, an adversary with no room for faith in systems. We’re never given an origin story, but whatever he’s gone through, he’s surrendered to the mania of it all. He wears facial scars underneath acid washed makeup that tell their own side stories, depending on moment. And his cackles barely form complete laughs, betraying deep wounds that remain a mystery.

These thematic and emotional drives aren’t character development fluffs, they’re etched in the fabric of The Dark Knight—the way they speak, their visual languages, and the actions that never betray who they’ve become.

Like Nolan’s Bruce Wayne, my fears are tools. Journalism is the suit that removes me from the self-destructive mania that comes from giving into the bullshit. With every day that I pick up a phone, conduct an interview, speak to a room of more than five people, comes the nerve-crippling sensation of what-ifs: What if I say the wrong thing? What if I say something stupid? What if I fail? All questions that sound fainter with practice but feel important in ways that keep me grounded.

Throughout the two hour and 33 minute crime drama, Wayne’s decision to go to work, face loss, and do it again is the only system that seems similar to my own—it’s incorruptible, and driven by trauma so unlike the corruptible Gotham City. At the hour and twenty-seven minute mark, licking his lips across an interrogation table, the Joker gives us a taste of what the alternative to all that reformed shit can look like.

“I know the truth, there’s no going back,” he says. “You’ve changed things forever.” Batman responds by asking why he wants him dead and the Joker again cackles, “I don’t want to kill you; you complete me.”

It’s the one sequence in the film that I come back to the most because of the visual dichotomy between someone who gave into his inner bullshit, and the other who chose to use it for his betterment (by comparison anyway). The Joker is a model of the hopelessness that mutates into nihilism. The darker sides to our better halves. He stands opposed to the struggles of self-improvement because it’s an affront to the qualities that enable his simpler worldview (when we give up). To become better is a lie. To live with your darkness and use it for good is a lie. The world, when faced with difficulties, will always devolve into chaos.

Extreme anxiety unchecked feels this way. All levels of hope feel small, so you isolate yourself from the help you needed. Your mind, body, and thoughts are no longer good enough. So you hide from the noise until the depression creeps in and joins the party. Like in the case of The Dark Knight’s DA Harvey Dent (Aaron Eckhart)—former savior of Gotham—you become susceptible to the tragedy of giving into this thing you can’t entirely change, leaving your fate completely up to chance. It becomes a part of who you are, like an unremovable scar that can become all that you are.

Simply put, central to any Batman mythology is the notion of choice, and the paths that lead to what makes us better and in some ways, make us worse. What this film still does so beautifully ten years later is remind me in the most extremes, what those choices can look like, in spite of what can’t be changed. I may not be able to change my own feelings around fear, but maybe like my man Bruce, I can be shaped by them rather than give into them.

If Trump Is a Russian Spy, This Is How They’re Using Him