NASA’s Mars InSight Lander Is Getting Ready to Die

It’s almost time to bid farewell to NASA’s Mars InSight mission, which has likely reached its final months of life after more than three years of surface operations on the red planet, according to a NASA telecon held on Tuesday.

Just weeks after the lander’s seismometer recorded a magnitude 5 “marsquake”—the biggest earthquake ever detected on another planet—mission operators announced that dust buildup on the mission’s solar panels is slowly starving InSight of power. Unless the lander is graced by a fortuitous dust devil that blows some of the crud off the panels, InSight will end its science operations this summer and will be officially dead by the end of the year.

“We've been very busy at Mars for the last three and a half years,” said Bruce Banerdt, InSight principal investigator, at the briefing. “We've been obtaining some unprecedented data on the deep interior of Mars, as well as its weather and magnetic fields.”

“Even as our power is starting to dwindle, we're still doing great science on Mars,” he added, citing the recent record-breaking marsquake in particular, which he called “the biggest event of the mission.”

“Even as we're starting to get close to the end of our mission, Mars is still giving us some really amazing things to see and to add to our data record,” Banerdt noted.

InSight is the first mission designed to study Mars’ interior, which it has accomplished using a French-built seismometer called the Seismic Experiment for Interior Structure (SEIS). SEIS has detected more than 1,300 marsquakes since it was placed on the Martian surface in the mission’s early days. In addition to shedding light on the planet’s geological activity, the seismometer has opened a window into Mars’ subterranean layers by studying how seismic waves pass through its inner features.

The mission is also equipped with a German-built robotic “mole,” called the Heat Flow and Physical Properties Package (HP3), that was intended to burrow up to five meters (16 feet) into the Martian surface. Unfortunately, the mole was unable to gain any traction in the unusually resistant dirt at InSight’s landing site, and was retired after drilling about two feet into the ground.

“We were still able to do a lot of science with the mole” including “thermal measurements and physical measurements on the soil itself,” he added. “But not being able to get that heat flow measurement was probably the biggest disappointment of the mission.” 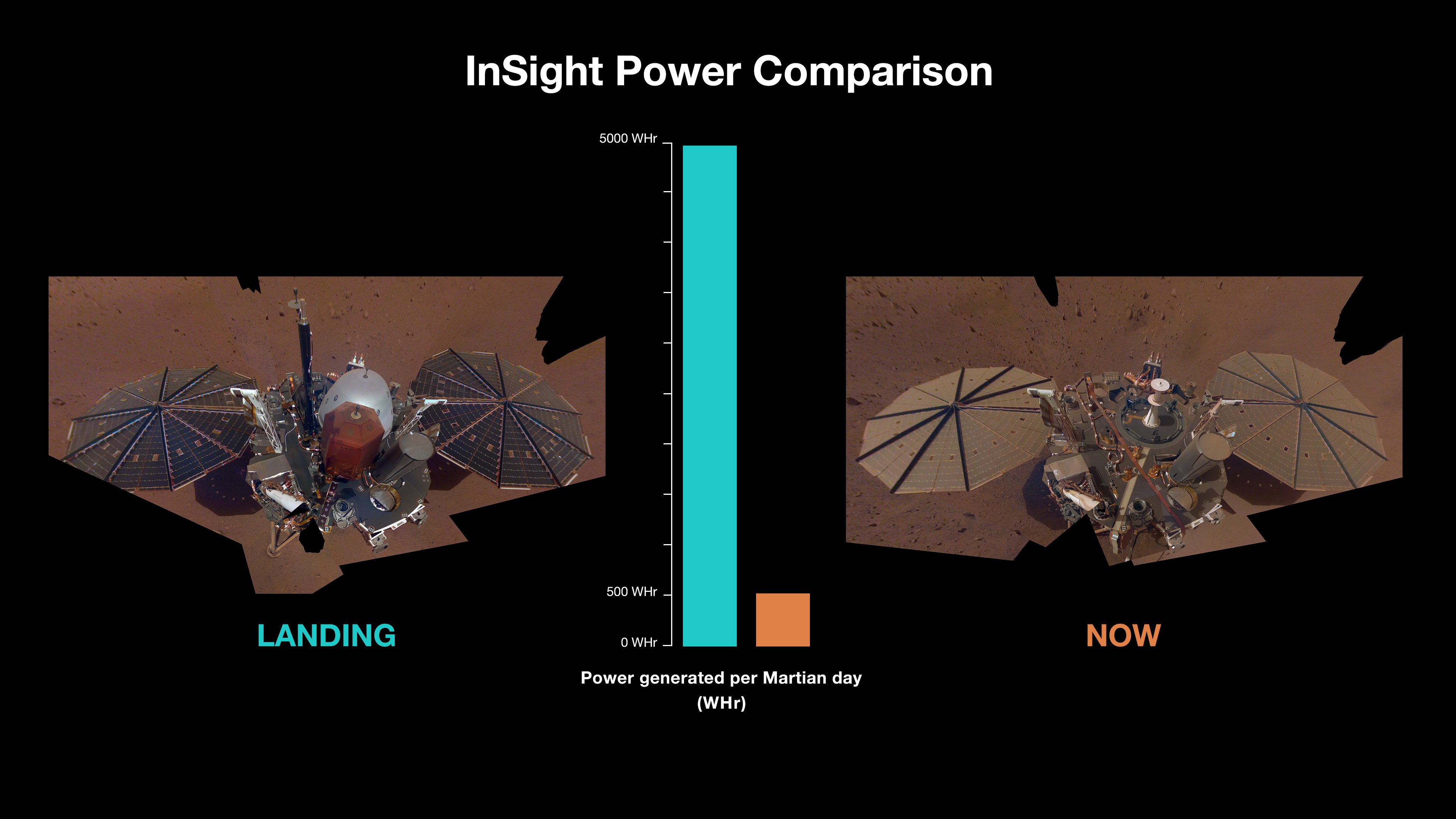 In addition to SEIS and HP3, the mission includes an instrument called the Rotation and Interior Structure Experiment (RISE) that measured the wobble of Mars' north pole as the planet orbits the Sun. This data can be used to figure out information about the planet’s interior features.

“It's been extremely successful,” Banerdt told Motherboard during the briefing, referring to the RISE experiment. “We've already published an update to the inertia of Mars, which gives some constraints on the size of the core. But the real goal of this experiment was to try to measure the rotation of Mars and we're still analyzing that data.”

“We have some papers that have been submitted, which are still being peer-reviewed, so I can't talk about the results yet,” he continued. “But we've gotten the data that we set out to get…I think we'll find that that experiment will give us some additional constraints on the size and the composition of the core.”

Banerdt also pointed to the success of the mission’s entire instrument suite. “There's a whole myriad of scientific questions that have been addressed by the other InSight instruments over the course of the mission,” he told Motherboard.

InSight has been dealing with dust buildup for much of its lifespan, but the mission operators have managed to squeeze out some extra time by devising a way to clean the panels by sprinkling sand grains into the wind so that they cleared off patches of dust. But as the mission officially heads into its twilight period, its operators—and fans around the world—will have to come to terms with the end of another mission to the red planet.

“The legacy of these measurements and discoveries of InSight will hold for a very, very long time,” said Lori Glaze, director of NASA’s Planetary Science Division at NASA Headquarters, during the briefing. “They're unique and special. We've made incredible advances in our understanding of the interior of Mars that are not likely to be improved for decades.”