A Toronto rapper says police pulled up to him and his family members on the street with their guns drawn hours after he had finished shooting a music video.

Twy Korchinski Beals, 27, whose sister Regis Korchinski-Paquet fell to her death after an interaction with Toronto police in May 2020, said he was shooting a video for his song “Scotian Boyz 4 Life” on Wednesday in downtown Toronto. A couple hours after they’d finished shooting, Korchinski Beals said three police officers showed up in at least two different cruisers. He said he was standing on the street when two of the officers approached his cousin, who was in a car, and told him to “get the fuck out of the car.”

He said the officers already had their guns drawn.

The female officer says, “We got a call for people shooting a music video with firearms, OK.”

Korchinski Beals can be heard saying, “Gun pointed at me, yes?” The female officer then lowers her gun and puts it away, saying, “Do you have anything on you?” Korchinski Beals replies, “No, I do not.”

Korchinski Beals then approaches the male officer, who has the assault-style rifle raised in the air. “But this man still has his gun out on me,” Beals says.

“You’re going to put your hands on me, old boy? Fuck you,” Korchinski Beals says, calling the male officer a “pussy.”

The male officer smirks as he continues to hold his gun and tell Korchinski Beals to back up.”

Another male officer (whose name tag says J. Irani) then appears and repeatedly says, “Out of the way.”

Korchinski Beals told VICE World News the second male officer grabbed his neck and “roughed me up a little bit.”

Korchinski Beals can be heard saying, “I’m not doing anything, I’m video recording.”

He then repeatedly says, “Fuck you pussy,” and at one point asks, “You kill my sister, pussy?”

Toronto police spokesman David Hopkinson told VICE World News officers responded to a call just after 11:30 p.m. Wednesday, with reports indicating that “people might be shooting a music video” and “some of the people involved were seen with guns.”

He said no firearms were located.

Hopkinson did not respond to questions about why police officers had their guns drawn.

Korchinski Beals said police were only on scene for about 10 minutes.

He said no one had a gun and that the music video and song had nothing to do with guns. The song is a tribute to his family members who have died, he said. 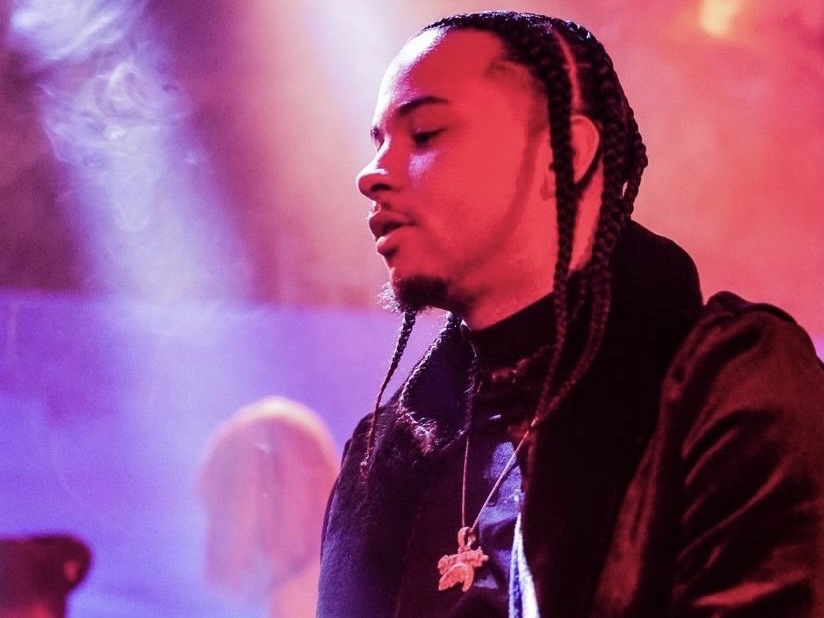 “It’s just fucked up, man, because it’s not the first time that they’ve done this,” he said. He said cops beat him up when he was 10 and 15 years old. Toronto police did not comment on those allegations, except to ask whether Korchinski Beals had filed a complaint.

“I’m not scared anymore,” Korchinski Beals said. “I know that they get scared of us when we pull out our phones. That’s the only reason that the female officer put down her gun. She didn’t want to look bad on camera.”

His video—which has the caption “52 division ! I can’t even stand outside #justiceforregis”— has been viewed more than 38,000 times.

Korchinski Beals’ sister, Korchinski-Paquet, died after falling 24 storeys from the balcony of her High Park apartment. Her family said they’d called police for help and that six officers showed up and went into the apartment with her. The lawyer representing the family said Korchinski-Paquet yelled, “Mom, help” from inside the apartment. In February, Korchinksi Beals released a music video called Justice 4 Regis dedicated to his sister.

In August 2020, Ontario’s police watchdog agency, the Special Investigations Unit, cleared all six officers who were on scene, stating there were no grounds to charge any of them with a crime.

“I understand that not all police officers are messed up but a lot of them are,” he said. “They like to take advantage of people and they like to belittle people.”

A 2018 report from the Ontario Human Rights Commission found that Black people were 20 times more likely than white people to be shot dead by Toronto police from 2013-2017.