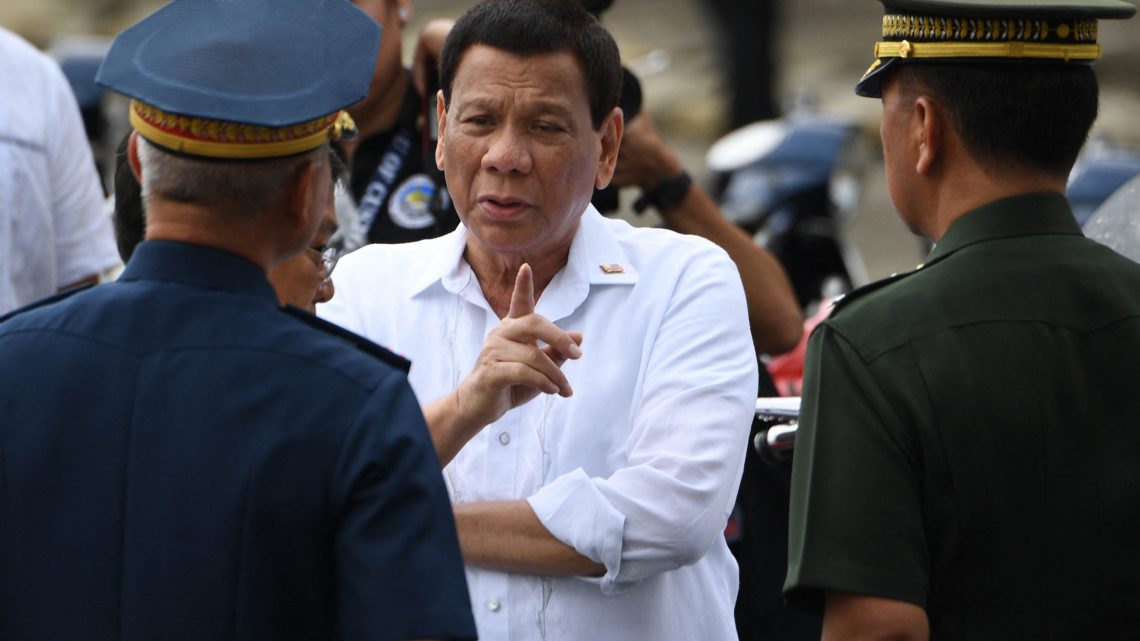 The victims were gunned down in a series of deadly raids in provinces south of the capital Manila on Sunday in operations that included the arrests of six other people, human rights groups said.

Among the victims was a couple killed in their home as their 10-year-old son hid under the bed, while others were slain in either their residences or offices.

In November 2017, Duterte broke off peace talks with rebels that sought to end a 52-year-old communist insurgency in the Philippines. Since then, left-leaning activists, lawyers and farmers have been targeted in an increasingly violent clampdown, according to rights monitors.

The Philippine government and security forces often tag activists and government critics either as members of the Communist Party of the Philippines or their sympathizers. It is locally called “red-tagging” and some of those red-tagged turn up dead.

The operations on Sunday were the deadliest in years.

“Nothing could be more apt than calling this day a ‘Bloody Sunday,’” Cristina Palabay, leader of human rights group Karapatan, said in a statement. “The fascist Duterte regime spares no day in its murderous campaign of state terror with the arrests and killings of labor leaders, organizers, activists and human rights workers.”

In a rare public appearance on Friday, Duterte told the police and the military to kill communist rebels.

“I told the military and police that during encounters, if the enemy is holding a gun, kill them. Kill them right away. Ignore human rights,” Duterte said. “That is my order. I’ll be the one to go to jail. No problem.”

The violent rhetoric is similar to public calls to violence by Duterte during the war on drugs in the Philippines, which has killed nearly 6,000 people—an official police figure that monitors contest—since he came to office in 2016.

Presidential Spokesperson Harry Roque justified Duterte’s kill order, saying killings were not forbidden since the government is at war with the CPP and its armed group.

The Philippine National Police maintained that all search warrant operations on Sunday were “legitimate.”

The Philippine Commission on Human Rights said it would conduct an investigation, while Human Rights Watch slammed the lack of effort to distinguish between armed rebels and civilians.

“The fundamental problem is this campaign no longer makes any distinction between armed rebels and noncombatant activists, labor leaders and rights defenders,” he said in a statement,” Phil Robertson, deputy Asia director at Human Rights Watch, said in a statement.

“The Philippines government should act now to investigate the use of the lethal force in these raids, stop the mayhem and killings that have gone hand-in-hand with the practice of red-tagging, and respect the rights of Filipinos to exercise their civil and political right, and dissent,” he said.