If you’ve sucked at gardening and caring for plants, most of your purchases at plant stores have likely been filled with the fear that your vibey Venus flytrap will make it to your windowsill, only to collapse with a sigh and die à la Fantasia. And that's all very justified, and very much a reality that makes it hard to pick out what plant(s) you should gift someone you actually like; because while flowers say, I didn’t forget you, a plant says, I’m thinking about you, and maybe I want to start the commune with you. This task has gotten trickier in socially distanced times, but finding the best place to buy plants online is definitely worth at least eight minutes of your time. While there is no shame in buying a fake fiddle fig (real ones look like plastic anyways), imagine the look on your jabroni’s face when they unbox that stunnah bromeliad.

When it comes to houseplants, cacti are non-communicative, fiddle figs are sun divas, and orchids are elegant but deceptively finicky creatures. Which is a bummer, as they’ve normally been some of our top contenders for plants to give as gifts. But this is late-stage quarantine—that Q1, brain-screaming paper anniversary. Normalcy has had a new blueprint for a while, and it’s filled us with more knowledge about flora and fauna than we ever imagined, given our pandemic avatar selection as overcompensating plant parent.

Maybe your giftee lives in a big city, where the winter perennial is mostly plastic bags in bald trees. Maybe they already care for plants, and just need a small succulent to know they’re on your mind. Or perhaps they’re someone who needs to know you care, but in a platonic and profesh way.

The greens below are easy to care for because they’re hearty, and communicative; they’ll raise a hand by lowering a leaf when they’re thirsty, and perk right back up again afterwards. They won’t go bananas if you over or under-water. They’ve got the kind of manageable, Gemini energy that brings fun, beauty, and a bunch of serotonin into our life.

The one for feeling your 1980s oats 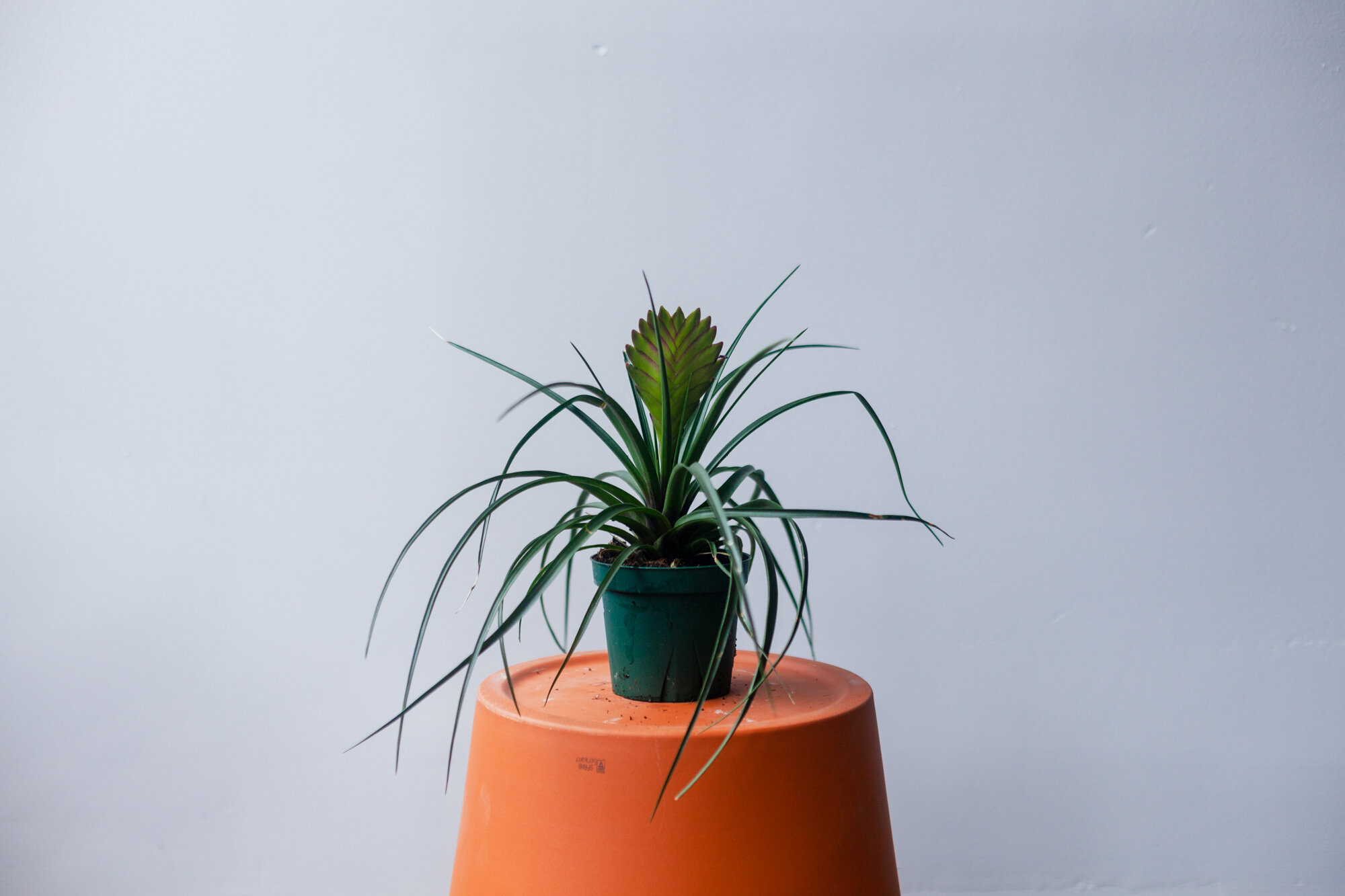 Bromeliads have all the intrigue of a complicated, colorful plant. (The flower fan thing! The long strands!) But these dudes are really easy to care for, with no need for special soil and a watering date every few weeks. (Note: watering should be done atop the actual greens, not around soil.) They like medium to bright light indoors, but will definitely be just fine in indirect sunlight. Find one at Natty Garden, a Black-owned nursery in Brooklyn that also sells some price-accessible pots and fun merch. 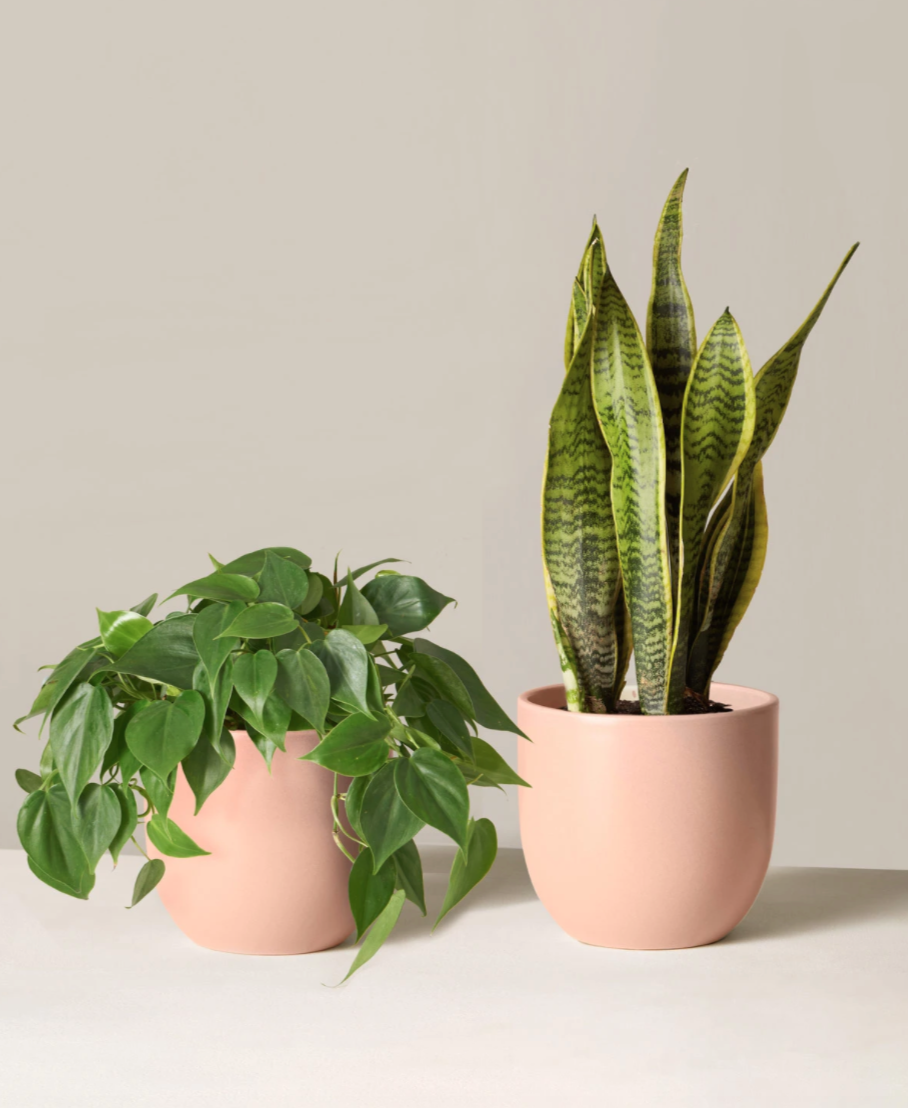 This set so clearly knows what it’s doing, which is why we love it. Order this one for you and your boo or roommate, because they’re two of the best houseplants out there: the philodendron (left) and snake plant (right). The former gives you soft, matte velvety leaves that get leggy reaaaal quick (and is very easy to propagate); you can overwater it, or not, and it’ll be fine. The latter is one of those magical plants that converts carbon dioxide into oxygen in the hours of night, actually purifying your air. Both can vibe in low-light conditions. 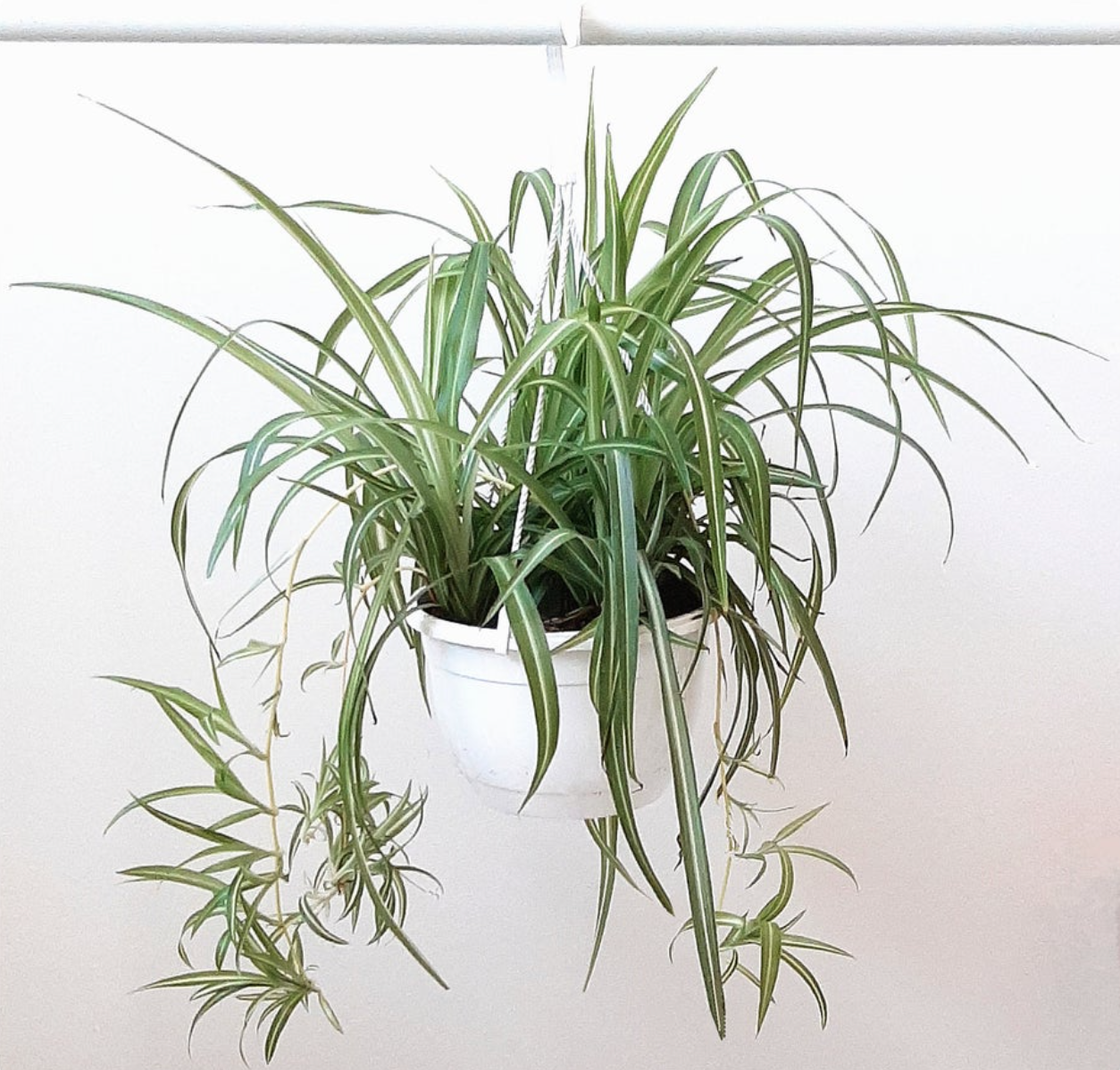 Doing the absolute most, with the very least, spider plants can tolerate a lot of neglect, but they’re so jazzy they’ll demand your giftee’s attention, plus they spawn these little arms called “spiderettes,” which is the perfect name for a group rockabilly Halloween costume. (You’re welcome!) Save one from Craigslist, which is a great spot to get rescue plants or propagated babes in general, and find sweet ones on Etsy.

The one with great hair 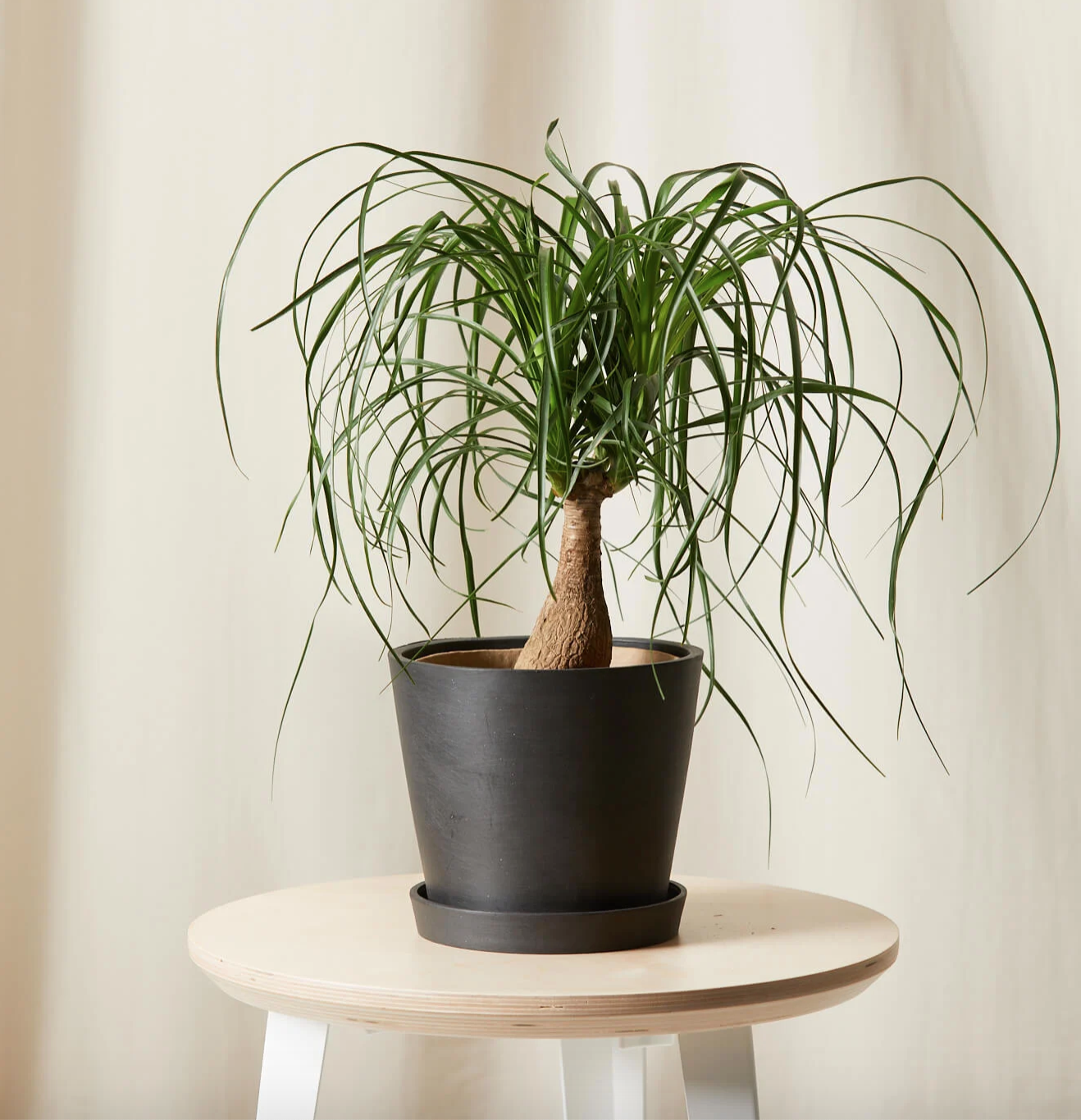 Just look at that volume. Look at that apple bottom trunk. This a ponytail palm, a.k.a., the horse girl of plants. It has such a nice, perky silhouette. If you and your giftee were meant to go somewhere tropical this year, this is the perfect overcompensating gift to say, “Warmer weather, and many palm fronds, will one day come.” 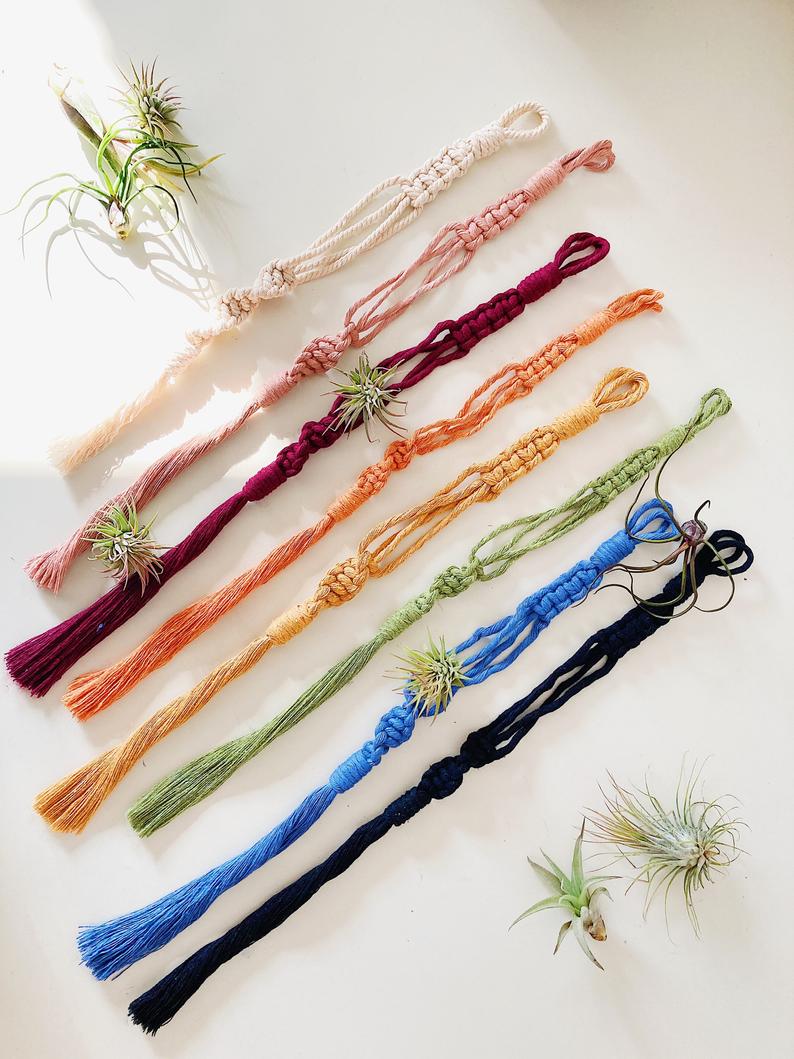 Air plants are like nature’s version of that really fun person who only orders a vodka tonic at the bar (in the best way, FR). This breezy, tufty boy is lightweight (see: rootless) and comes with its own macrame dangler cord thing. Cheery, low-maintenance, and it’ll add a nice bit of color when it lands on someone’s doorstep.

The Gemini of plants 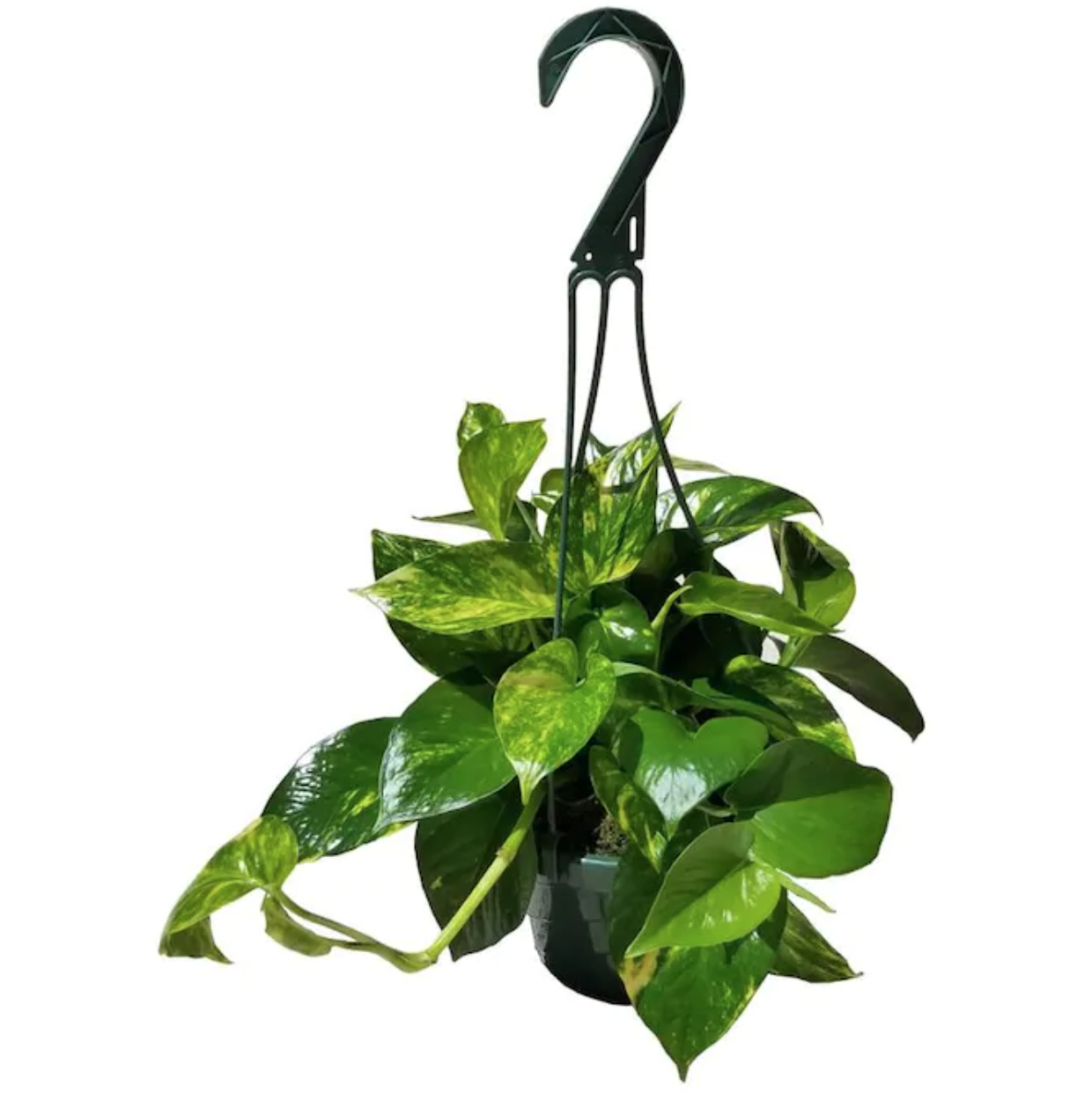 Pothos are soooo easy to propagate, that in normal times we’d suggest snipping some from a friend’s house, putting it in water for a few months (change the water every week) and sending it to a bud once it’s grown roots. Not to be confused with its sister, philodendron, pothos are a little waxier and sturdier. They’re high and low-light plants that can take whatever weird watering schedule you throw at them, but prefer to be a little dried out.

The “camels of the plant world” 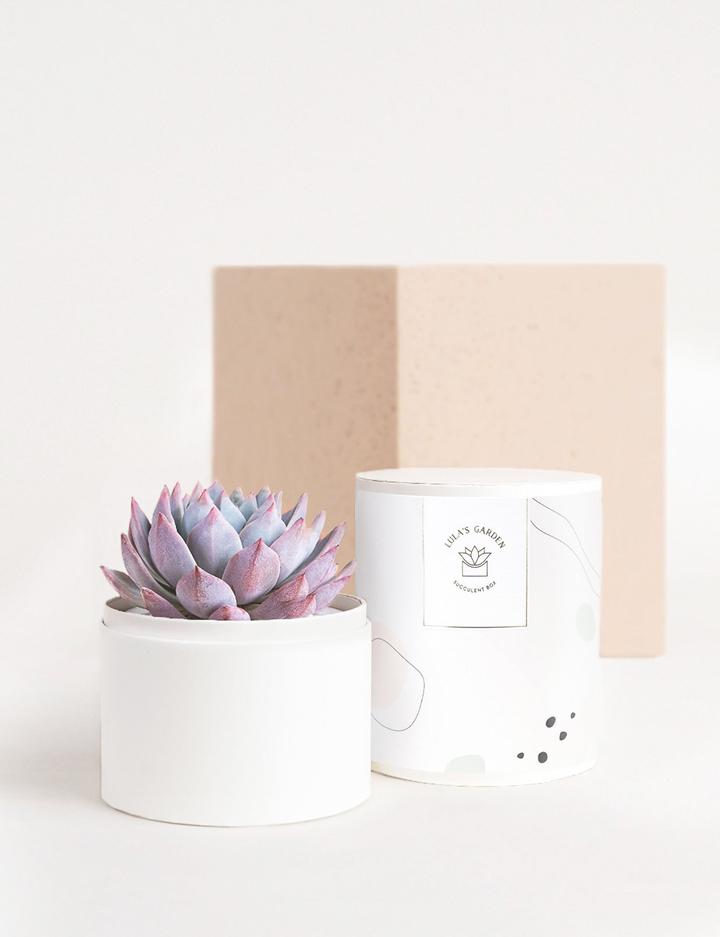 “Succulents’ specialized tissue makes them unique,” explains “Master Gardener” (AYOOO) Anne Lowings to the University of California. “It allows them to store water during periods of rain and release it during dry, adverse conditions. As a result, succulents can survive periods of drought.” There’s a reason these are on highway traffic divides in California. There’s also a reason they’re the primo gift to send someone who doesn’t have much space (but does get a decent amount of light).

The one whose flowers last months 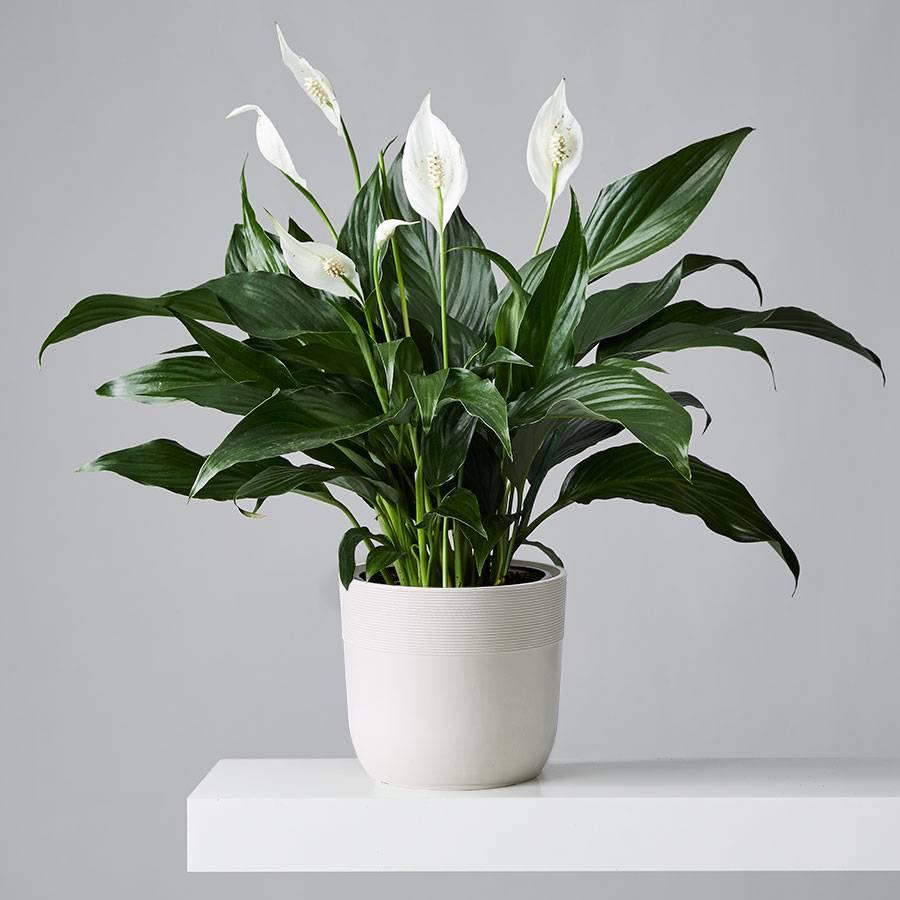 Bright light, low light, whatever. Peace Lilies will peace out, then right back in again once you give them a little water every week, raising and lowering their leaves accordingly. The white blooms can last for months at a time, and this guy even comes with a chic ceramic planter, all for 50-ish dollars which is deals, deals, deals. 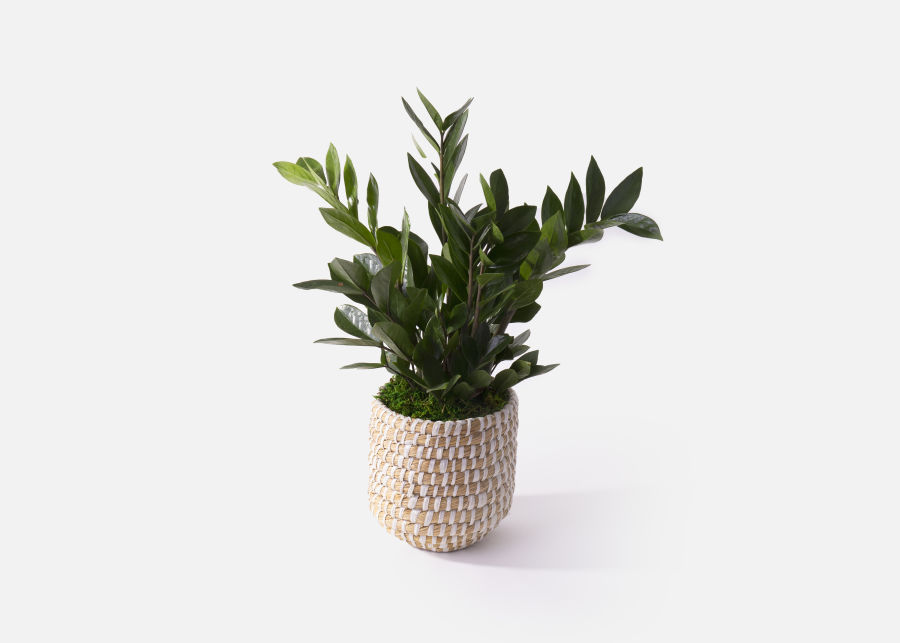 There's a sheer joy to sending a plant called the Zanzibar gem, which really needs its own adventure movie already. This dark green, waxy plant has meaty leaves and thrives in a lot of low-light diners and nail salons, just like you before The War. Order one from Urban Stems, which is also home to our favorite Jurassic Park bouquets.

The Charleston, $80 at Urban Stems

Music that wants to keep your plants happy 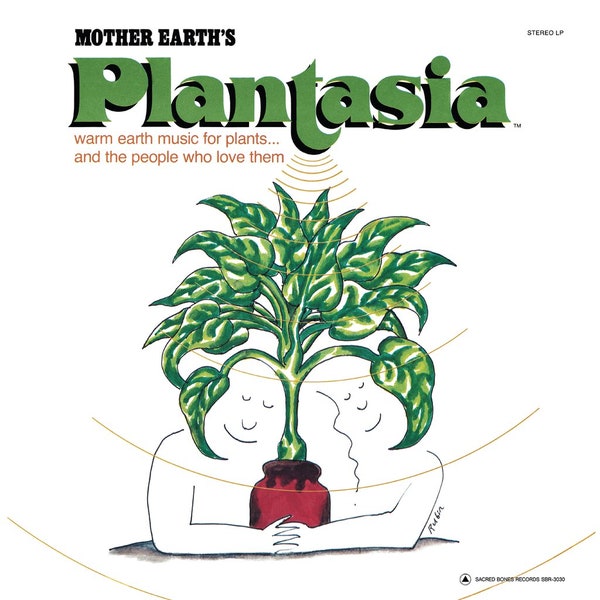 OK, not a plant. But this 1970s album is for plants, which is our kind of snake oil. TBH we don’t even feel comfortable trolling this tender album, which is a Moog masterpiece of sincerity; Plantasia was spawned from the 70s’ love affair with plant sentience that makes the case for plants feeling all the feels, in their own unique language. New York City label Sacred Bones recently reissued the album for the first time since its 1976 release, and there’s loads of cool copies with different vinyl floating around the web. Whether or not the tracks actually improve your plants’ moods is up for debate, but who cares. There’s a track called “Concerto for Philodendron and Pothos,” for goddess sake.

We hope these palms, danglers, and climbers have helped bring a little more confidence to your green gifting goals. See you over in level-2 of quar gifting categories: ASMR-centric presents!

CategoryArt eco-friendly living gardening gifting houseplants Ivy plants succulent
Tagsshopping
Declare Victory in Afghanistan and Get the Hell Out Now!
Bobby Shmurda Has Five Years Parole, But What Does That Mean?