The Black Chef Movement Shares Their Most Essential Cookware

There are many ways to fuel a movement. Over the past eight months, the world has seen the fight for Black lives find renewed strength in the forming jail support groups, the tumbling of crusty white-dude-colonizer statues, and in the establishing of mutual aid networks that want to hold police accountable for their violence. “I remember thinking to myself, ‘These [activists] will need to eat,’” says Rasheeda McCallum, who is a New York-based chef and the co-founder of Black Chef Movement—a group of seasoned chefs and volunteers that is feeding the movement in the truest sense of the word.

If you took to the streets this summer in NYC, you couldn’t miss McCallum and her team. There they were, under that skin-melting summer sun, with not just water and snacks, but highly nutritious meals optimized by the group’s chefs for keeping protestors moving (think nutrient-rich veggie wraps) and energized. “It was like working a full-time job plus overtime,” McCallum told VICE, when we touched base with her on what that summer looks like in hindsight; “When we weren't on the phone planning, we were cooking; when we weren't cooking, we were food shopping, when we weren't food shopping, we were at protest giving out food. It was very intense, but it was still a lot of fun, and I would do it all over again.”

Where does Black Chef Movement stand now, in the fight against food injustice? McCallum and two of her team members opened up about everything from the impressive scope of the organization, and the go-to tools they take from the kitchen to the front lines.

VICE: Hi, Rasheeda. Can you tell me more about yourself and what attracted you to cooking in the first place?

Rasheeda McCallum: I literally began cooking at eight years old. I remember being in the kitchen with my late mother, learning how to cook the basic traditional Jamaican dishes like cornmeal porridge, and then eventually graduating to being in charge of the oxtails for our Sunday dinners (pretty big deal). Growing up as a troubled teen in Brooklyn, I didn't know what I wanted to do with my life. When I found out that I could actually go to college for something I loved doing, like cooking…I was on the first Greyhound bus smoking to Providence, Rhode Island, where I attended Johnson & Wales University. From there, I got into the Culinary Nutrition program, studied abroad in Singapore and Thailand, and the rest is history.

What have you been into cooking recently?

I've recently rediscovered my love for soup. I love peeling and adding tons of root vegetables, pumpkin, and fresh corn to a huge pot filled with broth. Especially now, in the winter months, it's my favorite meal and reminds me of my childhood.

Can you tell me a bit more about when Black Chef Movement (BCM) began?

The Black Chef Movement was started on my couch in Brooklyn after days and days of being on heavy quarantine and feeling helpless about the country's unrest. I literally started BCM with tears in my eyes, knowing that I needed to do something to support my brothers and sisters on the frontlines of the BLM movement […] From there, I called a couple of chefs' friends that I knew, and posted what I was doing on Instagram. Within a week, we had over 50 volunteer chefs.

That’s amazing. What has the community response been like?

To say the community has been supportive of BCM would be an understatement. Our community recognizes us in the streets all the time; they will bring us extra water, extra snacks to give out…umbrellas in the rain, and most importantly, motivating words which all contribute to keeping us going.

One of the things I admire so much about BCM, and your work, is that it really shows how you have taken your personal skills and applied them to combating racism (via food injustice). Can you tell me more about that decision?

Before starting BCM, I was already feeding healthcare workers through my personal catering company called Ms. Goodies Meal Prep during the pandemic's height. I've worked in health care as a manager in the nutrition department for years. So when the pandemic started, I had many friends and old co-workers venting to me about their working conditions and just overall being scared for their lives. Just hearing that alone, it was easy for me to spring into action and begin to prepare cooked meals for several hospitals and nursing homes in Brooklyn and Queens. Most healthcare workers in NYC who were taking care of the people most impacted by COVID-19 were Black and brown people. So when the protests started, it wasn't hard for me to adjust to cooking for another group of people dealing with racial oppression. 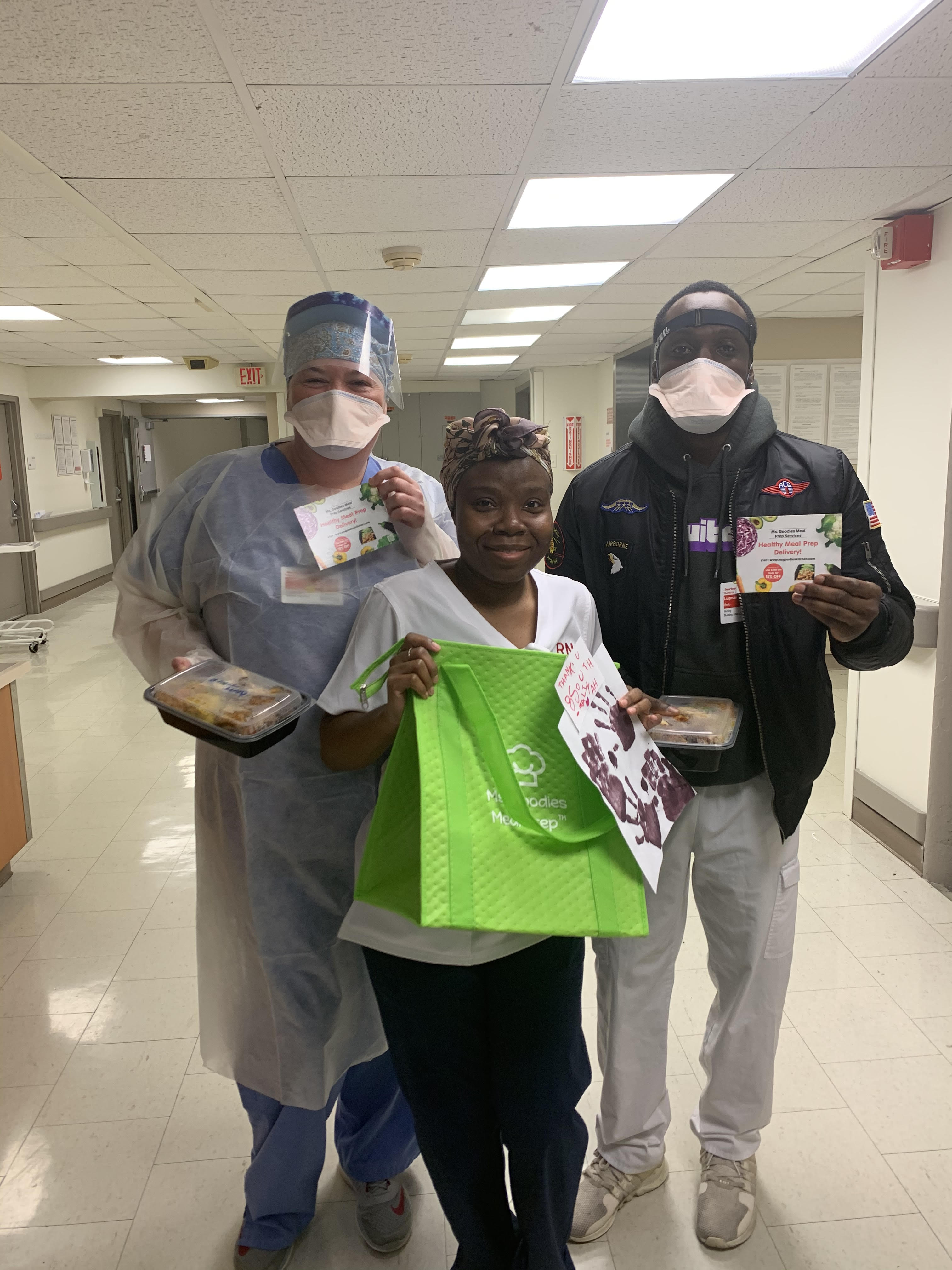 When BCM first started, our goal was to support activists at their events through mutual aid and food. We are still doing a lot of that and throwing our own events and actions as well. Our most recent action was on Monday, February 22. We held our First Annual Black History Month Give Back. At this event, we gave out 400 meals in Brooklyn(in partnership with Soho House NYC and MiCasa) in addition to coats and winter clothes. BCM started to create our own events after partnering with an organization called Work the Polls to "feed the polls" in November. We fed hundreds of poll workers and voters waiting in line at sites like Barclays Center, and Brooklyn College (to name a few). We wanted to support poll workers and citizens coming out to vote who may not have had time to grab a snack before or after work. 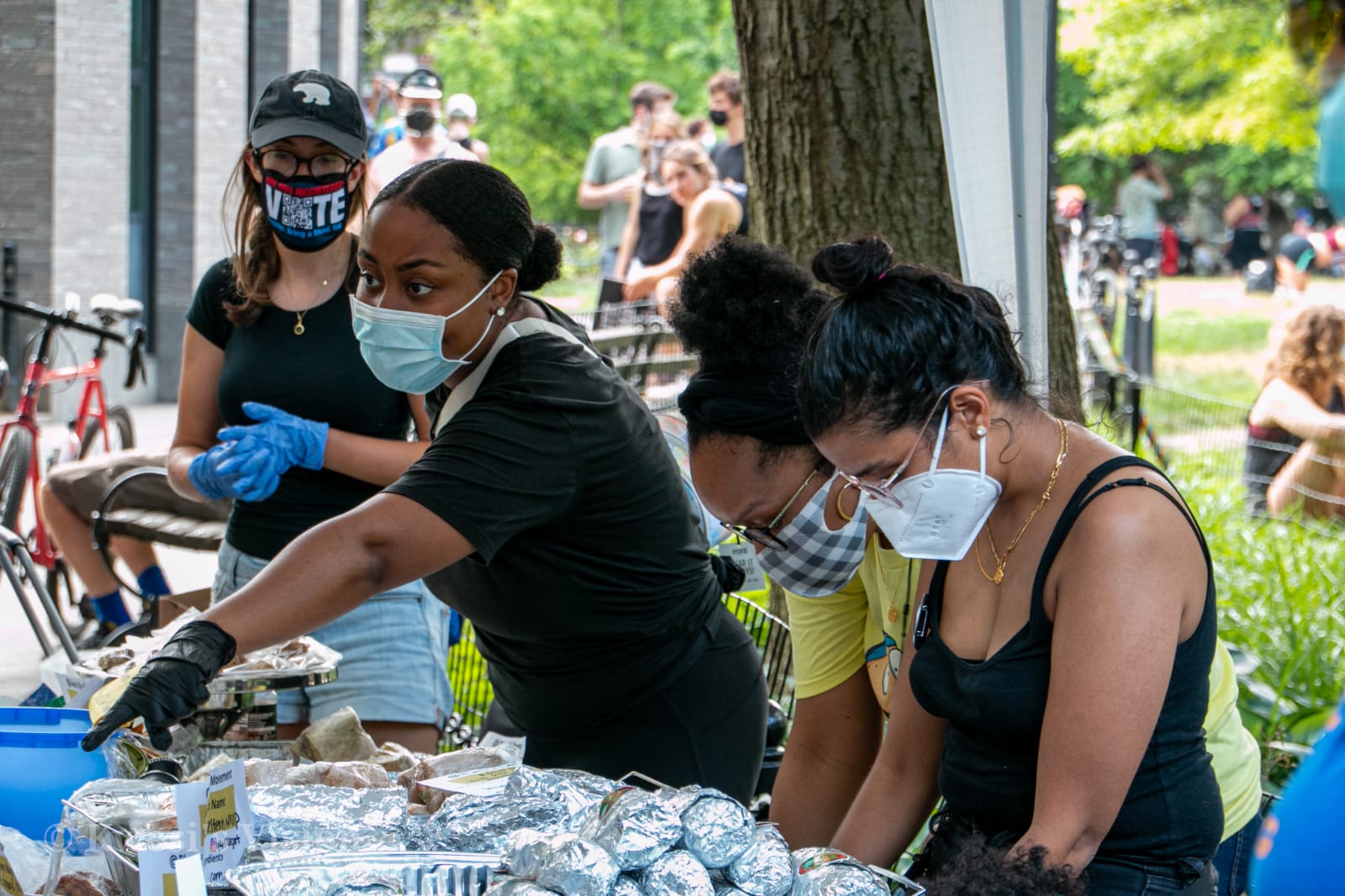 That was the first successful action that we did outside of the summer protest, which gave us the drive to create more events centered around community. In December and January, we threw hot food drives, and we're happy to say that we've been consistently doing the work since then.

What do you hope to continue focusing on at BCM, or perhaps pivot towards?

We want to begin lobbying to bring more awareness to the food inequities in NYC. We have people in East New York and Brownsville starving and living in food deserts, while some restaurants and residents in Park Slope are throwing away food by the pound(s). It doesn't make any sense. BCM was born out of the summer '20 protest[s], but our organization has grown to be much more than "the folks that feed protestors." […] We're still fundraising in hopes of opening our own community kitchen where we can hold cooking classes, nutrition classes, food pantries, and much more for free for the folks in Black and brown communities. People from the community depend on us, so we will continue fueling the fight…and we're just getting started.

Rasheeda, thank you so much for sharing your work. It’s so inspiring.

BCM teaches us, amongst many things, that it takes a village to feed a village (or a city). We asked McCallum and two of her right-hand chefs about their ride-or-die kitchen tools for cooking at home, or for the recipients of BCM’s tasty goods. Think biiiiiig meal-prep, and the staples you actually need—plus the best scooping, non-stick, and chopping tools. 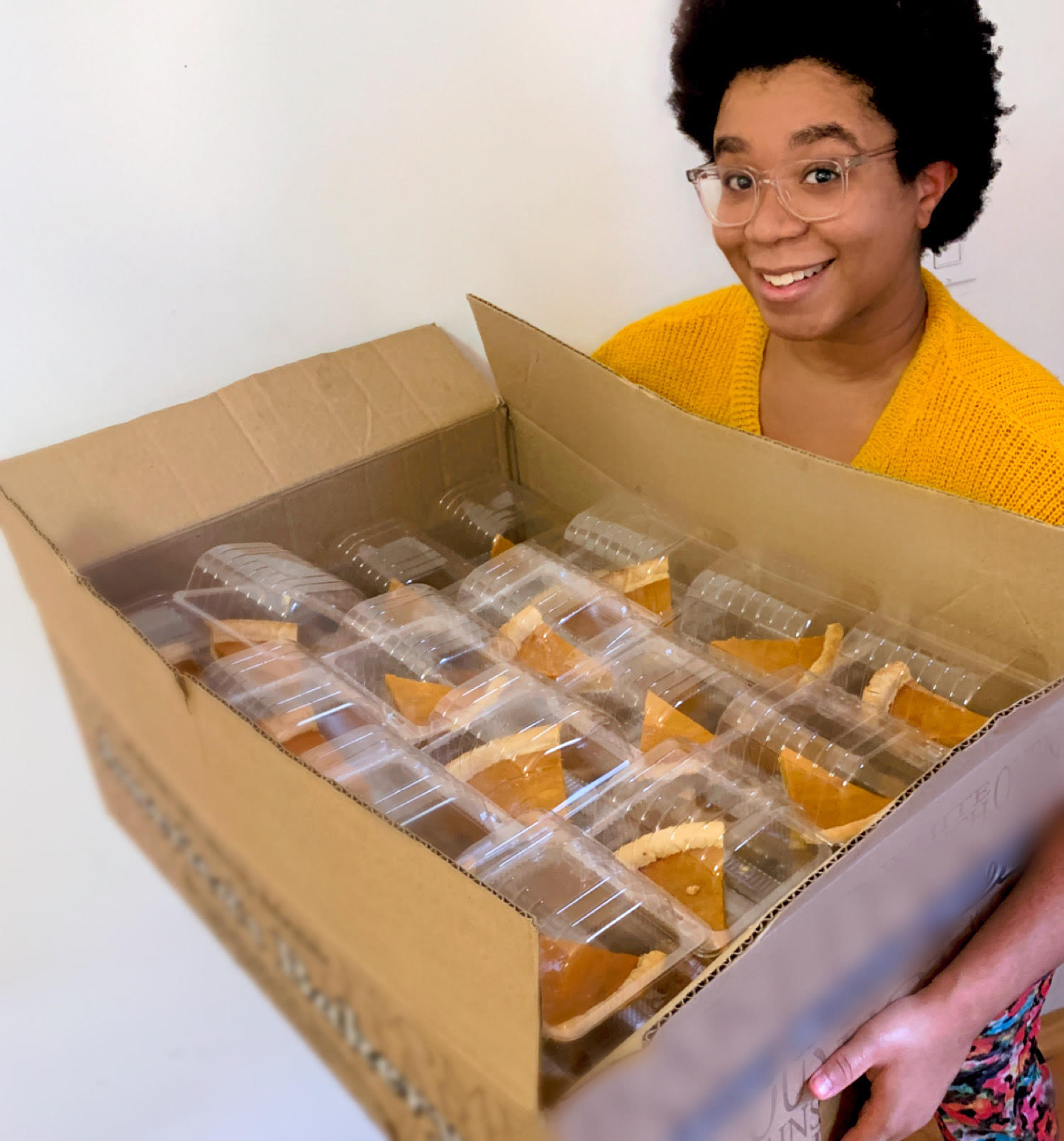 My favorite cookware item is easily a Dutch oven. It’s ideal for braising, but can be so versatile in its uses. As a chef in New York there is often limited space in your home kitchen. The right Dutch oven can easily shift to your stock pot, saucepan, skillet, or frying pan. I’ve also used mine for baking, making breads and desserts like babka! 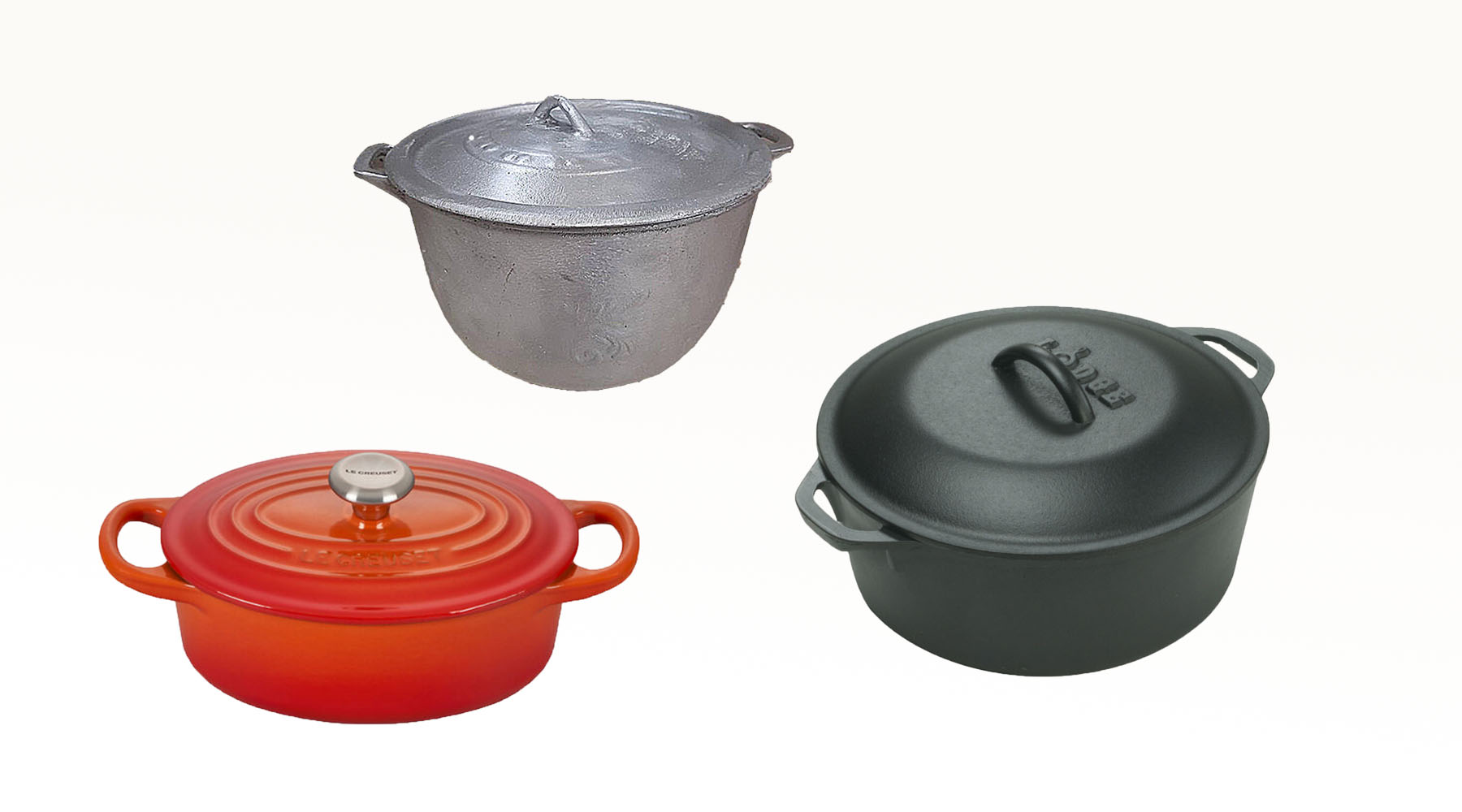 Some of my favorite kitchen tools for preparing food for BCM are simply a cutting board and a knife. Our go-to snacks to prepare for protests or events are nutrient-rich wraps that are usually vegetarian or vegan. This means there are a lot of fresh vegetables that need to be sliced and diced. We also love using compostable bags when packing snacks.

When at home, I find myself using my air fryer at least 2-3 times daily. I am a personal chef (amongst other things) to my 5-year-old, and my air fryer helps to cut down on a lot of the cooking time. 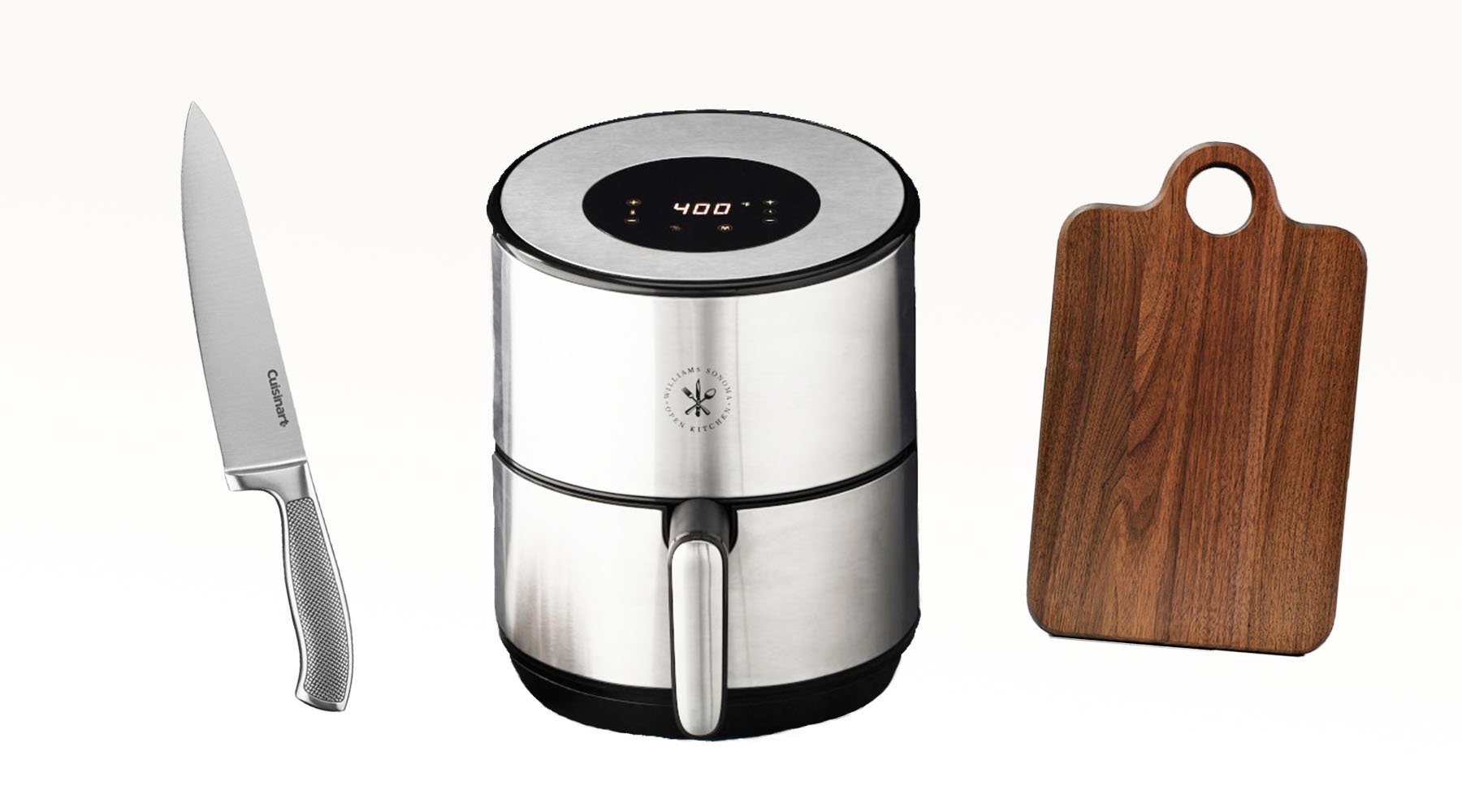 Walnut Wood Cutting Board, $49 at Etsy 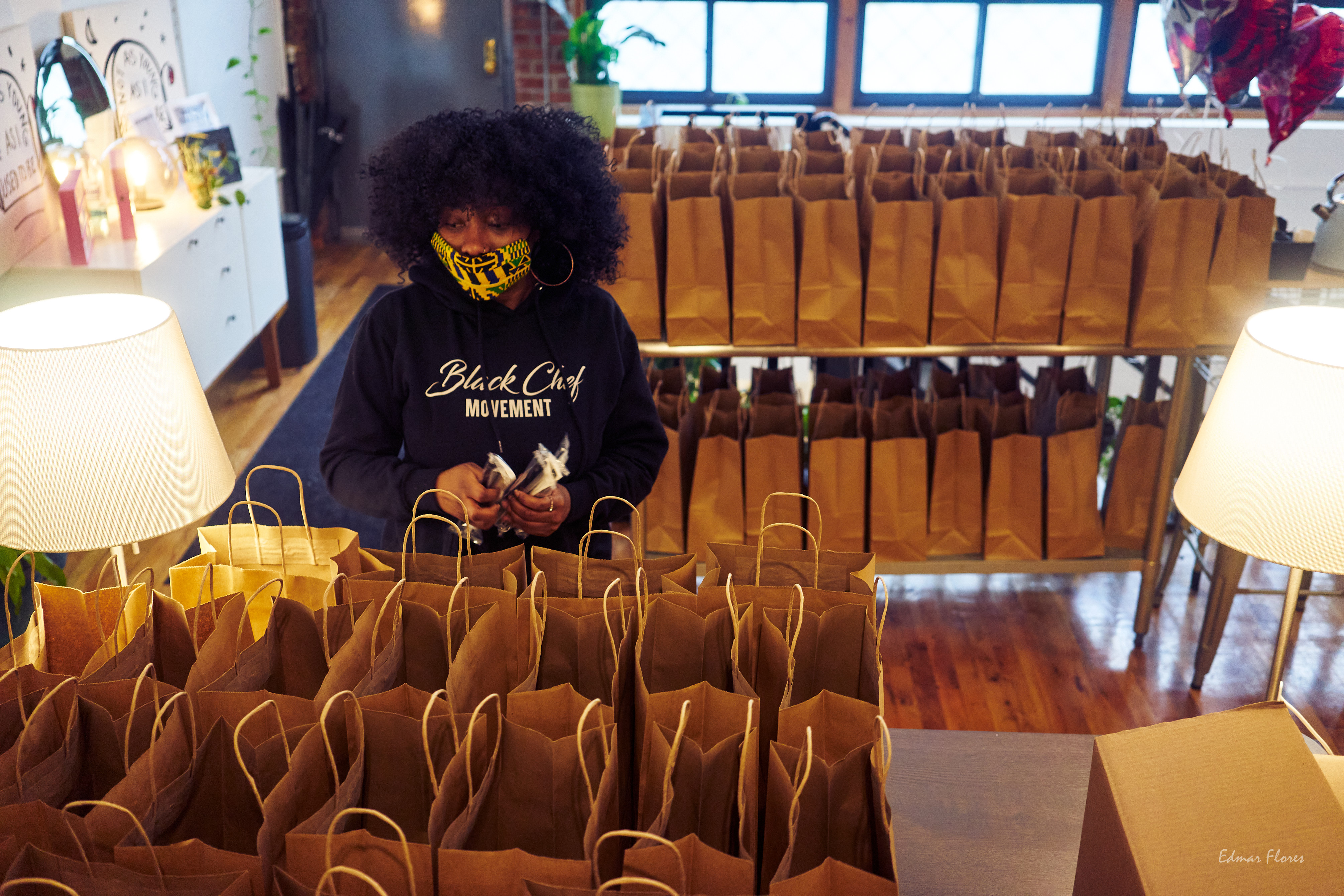 My favorite cookware items are my 3-quart sauté pan, my rubber spatula, and silicone mat. The pan is good for everything, the sides are raised so I can create a quick sauce and not worry about spillage; another benefit is how well it fits in the fridge for when I'm too lazy to put leftovers away!

My rubber spatula is a gem because you can use it with almost any surface without worry about scratching the surface of cookware or tampering with food. Also great for getting every single ounce of food out of a container and all of the batter out of a bowl, just a super versatile tool. I usually have like three or four in my kitchen at any given time and in different sizes.

And lastly my Silpat, or silicone mat. Super versatile. You can use it both for cooking and baking and it's so easy to clean and store. I use it the most as a great surface to make my wraps for BCM! 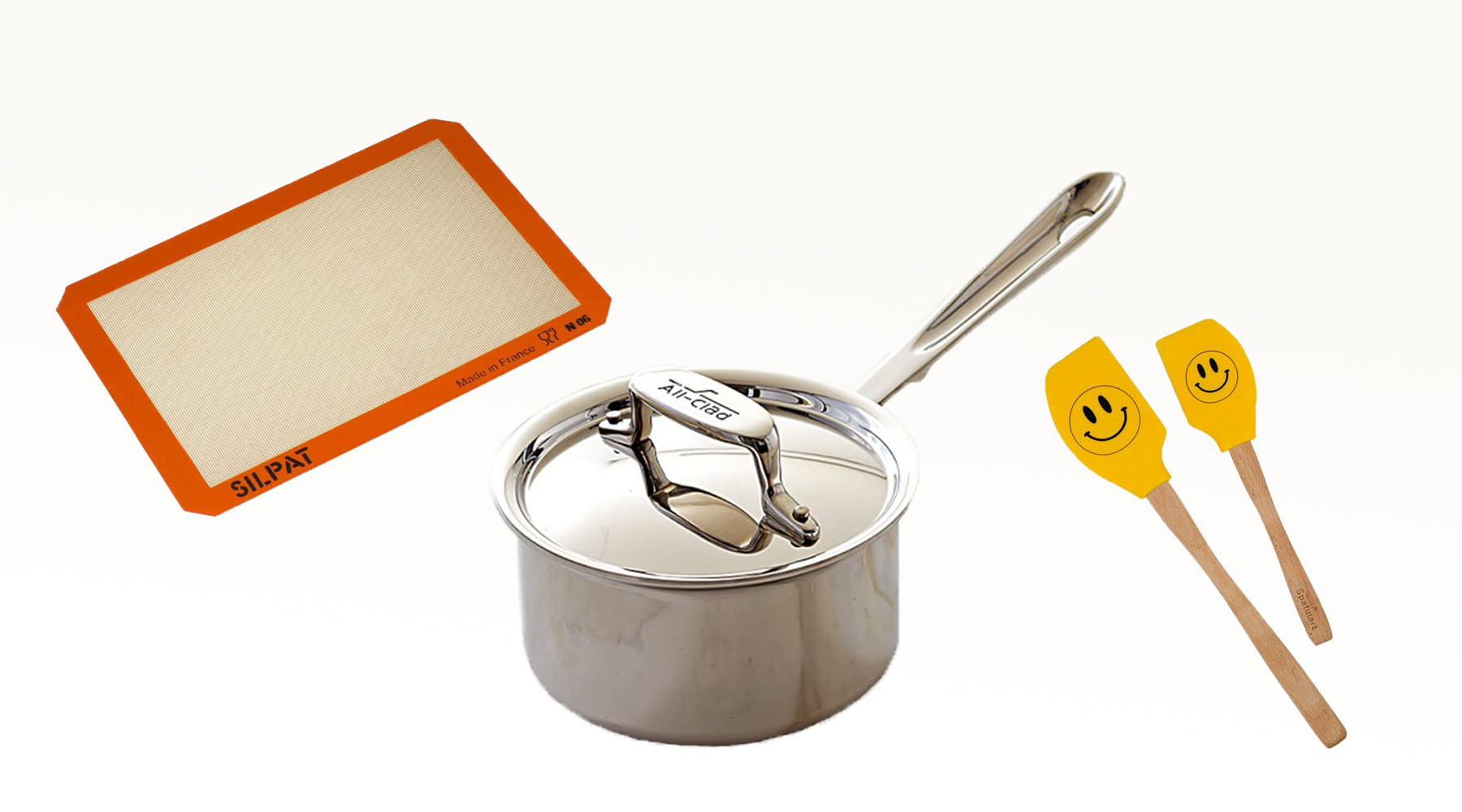 Keep up with Black Chef Movement on Instagram, and learn more about how you can support the organization on their website. Oh yeah, and for the love of all that is pan-seared: take notes on McCallum’s extensive cast iron skillet wisdom in her recent article with VICE, and from her delightful YouTube series (that seriously saved our shopping carts in early quar).

VICE may receive a small commission if you buy products through the links on our site.