Portable Toilets Are Being Sold As Fruit Baskets on Amazon

A rose by any other name would smell as sweet. But what about a spittoon?

That’s a question that will confront prospective buyers of the vessel on Amazon, where it is marketed as fruit baskets and ice buckets.

Chinese merchants on the site are trying to breathe new life into the receptacle of spit and other human waste by rebranding it as something fit for the dinner table.

Often made of enamel, the spittoon (or chamber pot) is commonly used for spitting. Former Chinese leader Deng Xiaoping famously kept one by his feet when he was negotiating Hong Kong’s return to Chinese rule with British prime minister Margaret Thatcher. 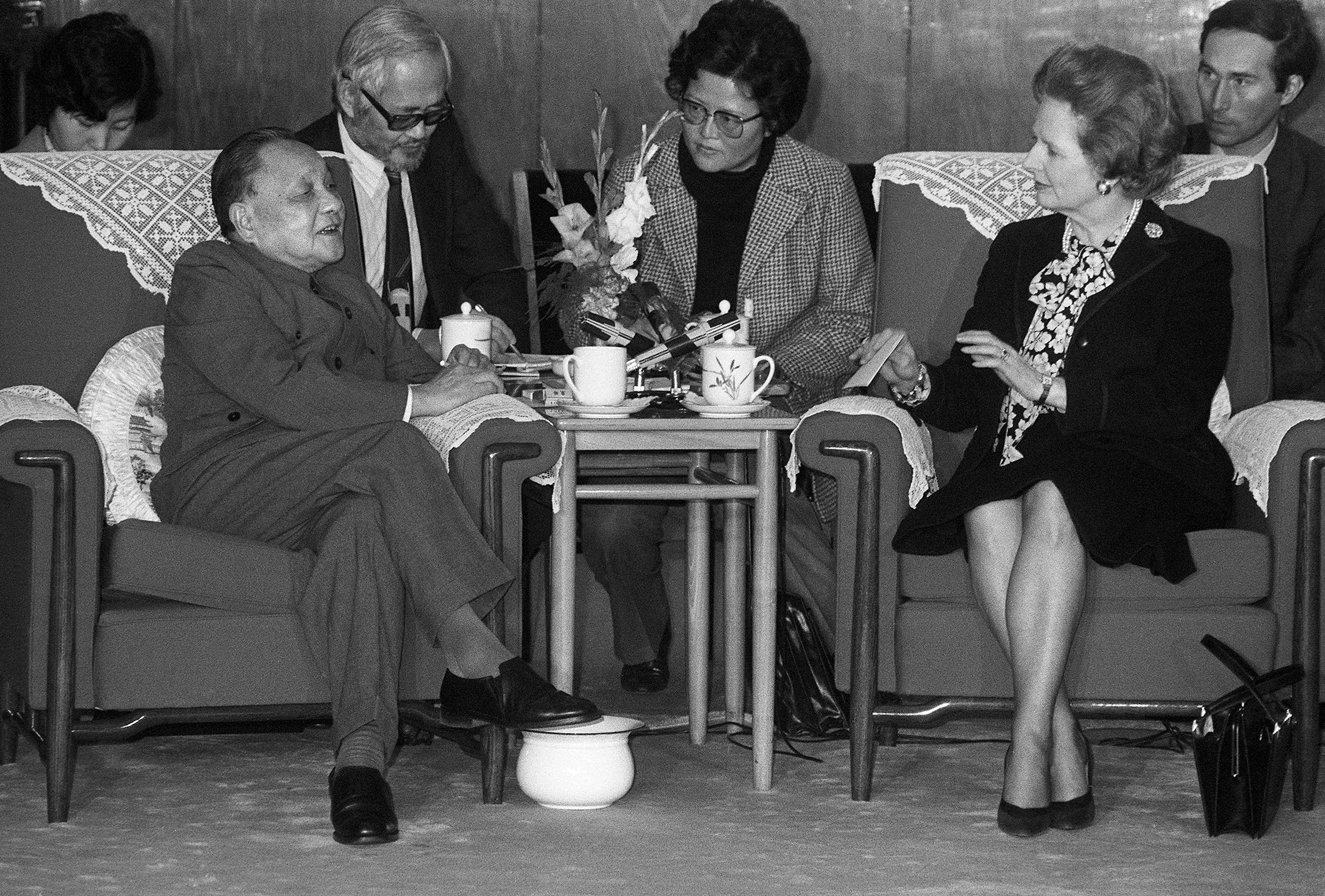 Deng Xiaoping kept a spittoon by his feet when he met with Margaret Thatcher in 1984. Photo: PIERRE-ANTOINE DONNET / AFP

The vessels were popular across Chinese households in the 80s and 90s, often gifted to newlyweds as a symbol of good wishes. These days, they can be found in rural homes that lack toilets, and are sometimes kept by the bed for children and elderly people to pee in at night.

The repurposed spittoons listed on Amazon feature a classic design. The pots carry a painting of a pair of Mandarin ducks (symbols of conjugal affection) and a Chinese character for “double happiness.”

In one listing, an Amazon merchant in the southern island province of Hainan hails the potty’s “retro” design, non-toxic materials, and versatility.

“The traditional Chinese basket has a strong flavor of the times,” the seller wrote, “can be used as a unique gift for friends who like to collect old products. He will be surprised.”

Another seller, in the southwestern province of Sichuan, calls the product “your right-hand man in your home life” and “an elegant gift for any occasion.”

Sellers have also included pictures of the potties holding fruits, bottles of champagne, and baguettes. The listed prices range from $32 to $58, about ten times the same products are sold on Chinese shopping site Taobao.

Many Chinese internet users have found it amusing that the same type of chamber pot they used as toilets as a child is being associated with fine dining.

“The fruits, wine, and bread inside would carry some ‘flavor,’” one person commented on the microblogging site Weibo.

“It is a spittoon, but you can get creative and do whatever you want with it,” another person said. “There is no rule.”

It’s unclear how many of the spittoons have been sold on Amazon. If someone bought and used it, they did not leave a review.

CategoryE-Commerce
Tagsamazon china worldnews
Check Out Australia’s Oldest Cave Paintings
The Story of Shabnam, the First Woman Set to be Hanged in India in 70 Years