This Finnish Activity Known as ‘Pantsdrunk’ Is Perfect for Quarantine

Move aside, hygge. If you needed any further proof that Nordic countries are Doing the Damn Thing, as always, we’ve just learned that there’s an actual Finnish word for when we hermit up with a bottle of whiskey in our Walgreens briefs and watch Swamp Loggers until 2 AM. Known in Finland as Kalsarikänni, the word is more broadly defined by the Finish cultural and tourism website as “the feeling when you are going to get drunk home alone in your underwear—with no intention of going out.” In other words, “Pantsdrunk,” a.k.a. what we’ve been getting really good at in quarantine.

“When it comes to happiness rankings, Finland always scores near the top,” writes Miska Rantanen in his book Pantsdrunk: Kalsarikänni: The Finnish Path to Relaxation, “Many Finnish phenomena set the bar high: the best education system, gender equality, a flourishing welfare state, sisu or bull-headed pluck. Behind all of these accomplishments lies a Finnish ability to stay calm, healthy and content in a riptide of endless tasks and temptations.” And behind all of those is: Pantsdrunk.

We love Pantsdrunk, because Pantsdrunk loves us. Unconditionally. Sloppily, or otherwise. The beginning stages of the pandemic put pressure on us to write a magnum opus, and 2021 is already seeing folks freak out on how to make up for “lost time” —which we get. But sometimes, we just need to detach from our remaining two brain cells, sink into the plushy void of the couch in some boxers (high-cut underwear, boy shorts, what have you), and sip a cold one.

If you're thinking of partaking in the timeless art of Kalsarikännit, we’ve taken the liberty of finding some couch-booze-underwear pairings for your behind, whether you’re in the mood to feel cool and cozy, flex like a stunt-double on The Matrix, or if you’re slowly, finally, just turning into your dad. 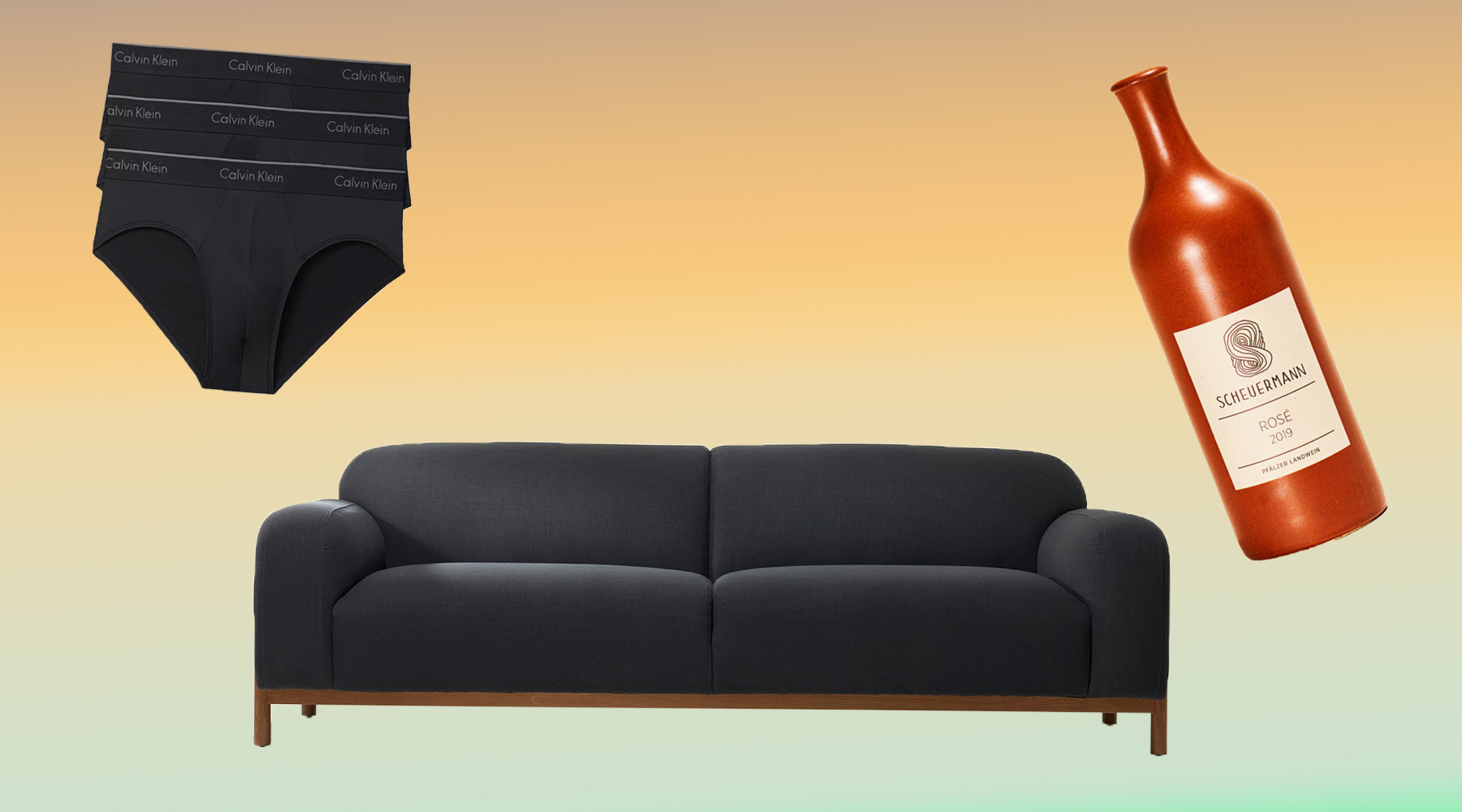 In the spirit of mindfully purging our homes this year for more centering objects, we give you an Architectural Digest-ready Pantsdrunk sitch worthy of Axel Vervoordt: one lickable couch, a three-pack of all black Calvins, and some natural rose in a terracotta bottle. One truly cannot go wrong.

YOU'RE SLOWLY TURNING INTO YOUR DAD 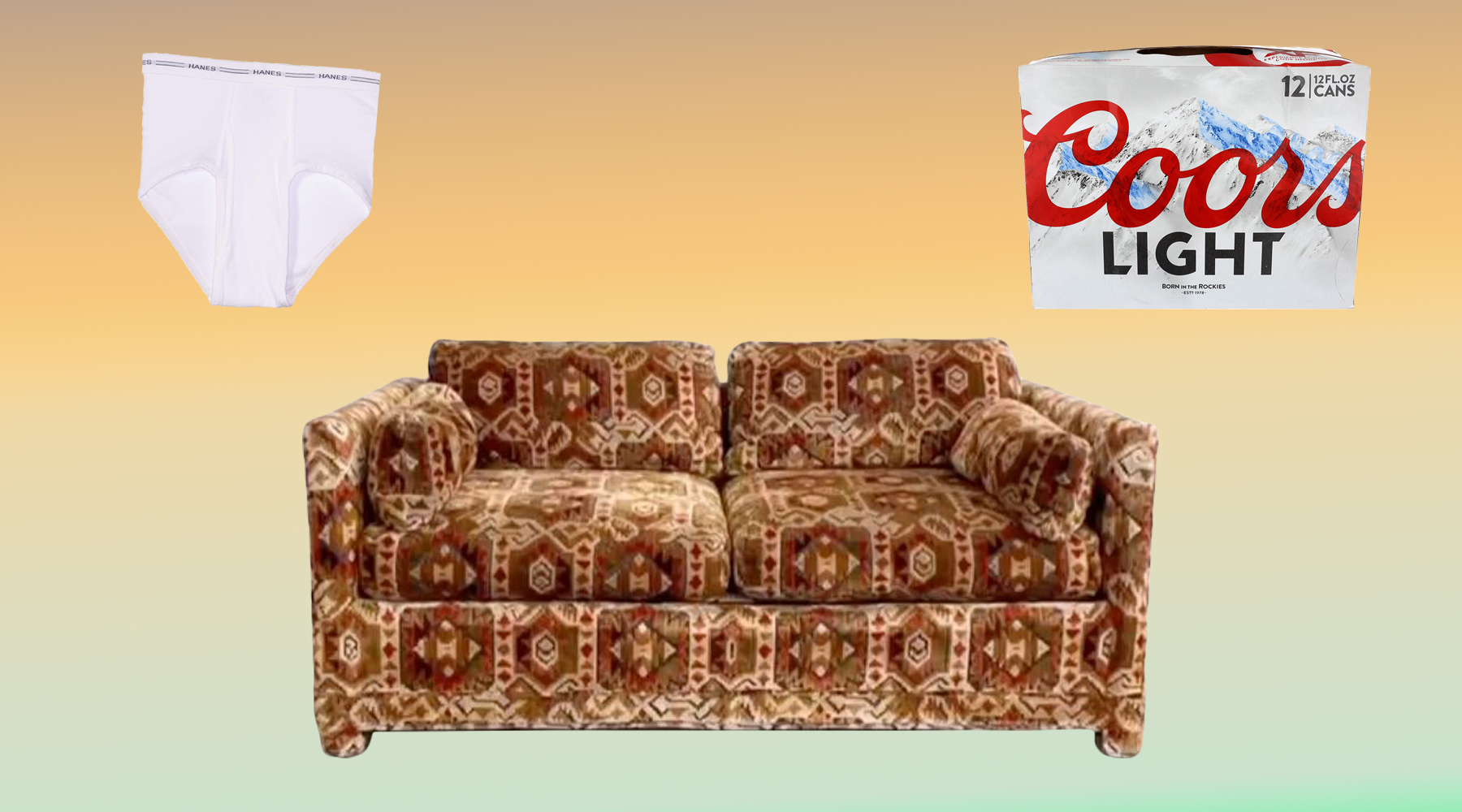 Dads™ are part of the whole foundational, normcore Venn diagram: They’re really damn good at finding and layering simple, good, affordable things, and using them to death (so goes the legend, at least). This level of Pantsdrunk requires about as much effort as a shrug,: some basic, comfy, forever-iconic Hanes; Miller Light; and whatever looks most like John Mahoney’s chair from Frasier. Now all you need is a cool striped bathrobe.

The undies: Hanes Men's No Ride Up Briefs with Comfort Flex Waistband, Six Pack, $9.98 at Amazon 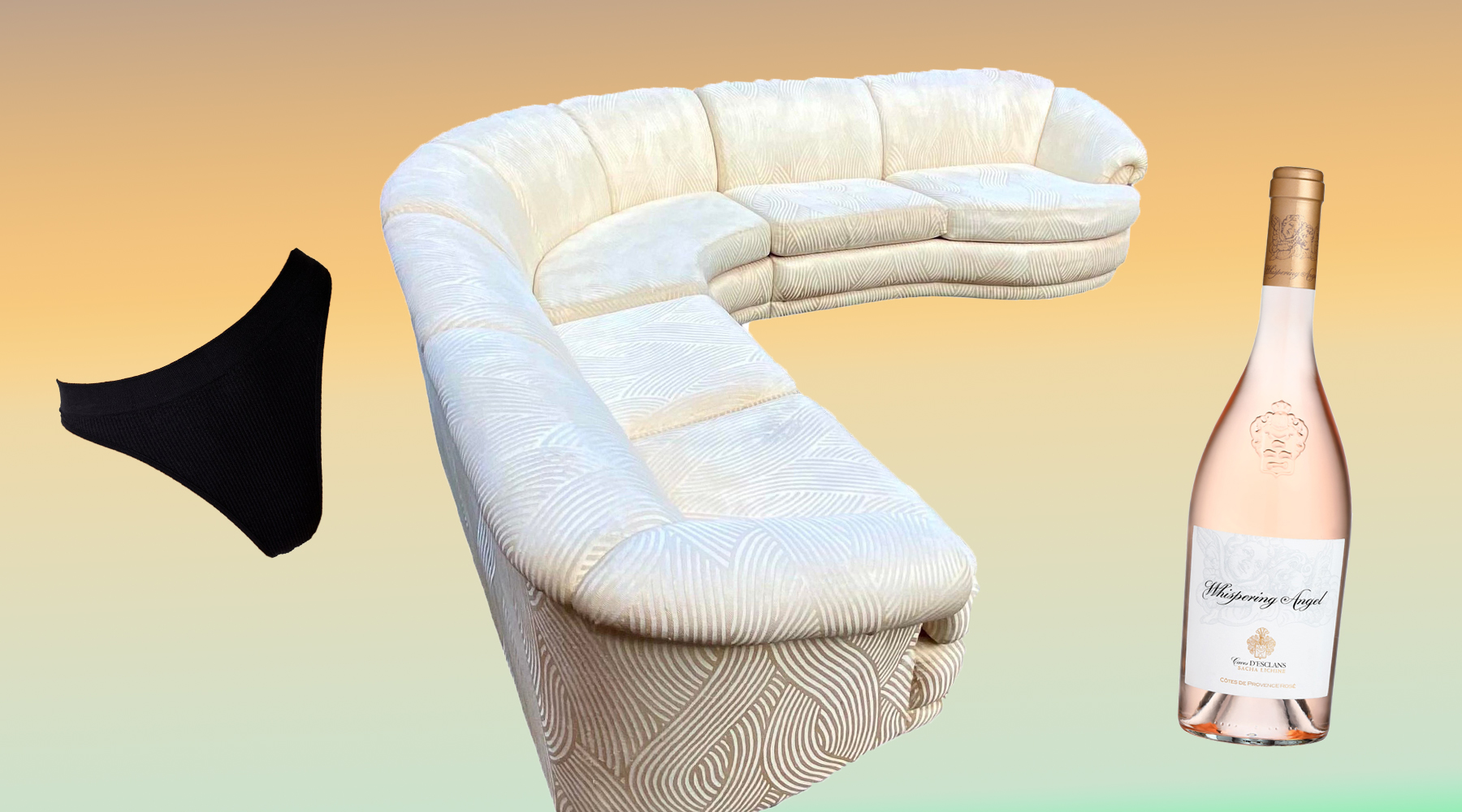 Remember when it was 1981 (yeah, we weren't alive yet, either), and all the magazines were massive and filled with elaborate spreads for cocaine accoutrements? Fucked up, yes. But you have to respect the commitment to the more-is-more mantra of the era. Your Pantsdrunk eve is an evening on a pearly couch, sipping Whispering Angel, and wearing underwear with such a high cut, they could double as an asymmetrical top.

The undies: Seamless High Cut Brasiliano Brief, $8.99 at Cotton On 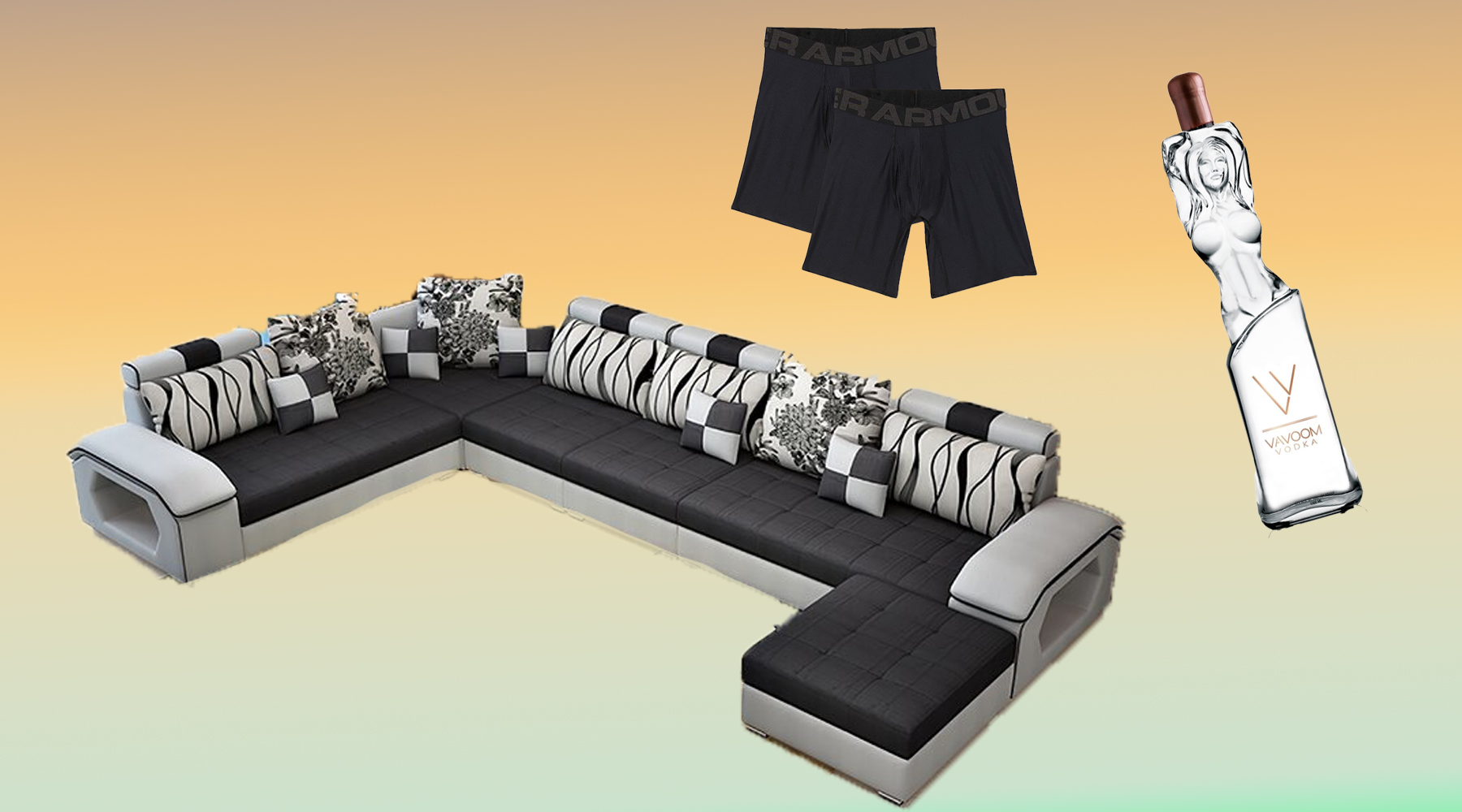 Do you have divisive headphone opinions? Refer to time in terms of quarters? Then your Pantsdrunk is best experienced in the same underwear brand you’ve had since you were in high school, only in your new couch that looks like a self-driving car because you’ve earned it (thanks, GameStop). Enjoy throwing back that Vavoom Vodka in your goblin cave.

The underwear: Under Armour Men's Tech 6-inch Boxerjock, $23.44 at Amazon 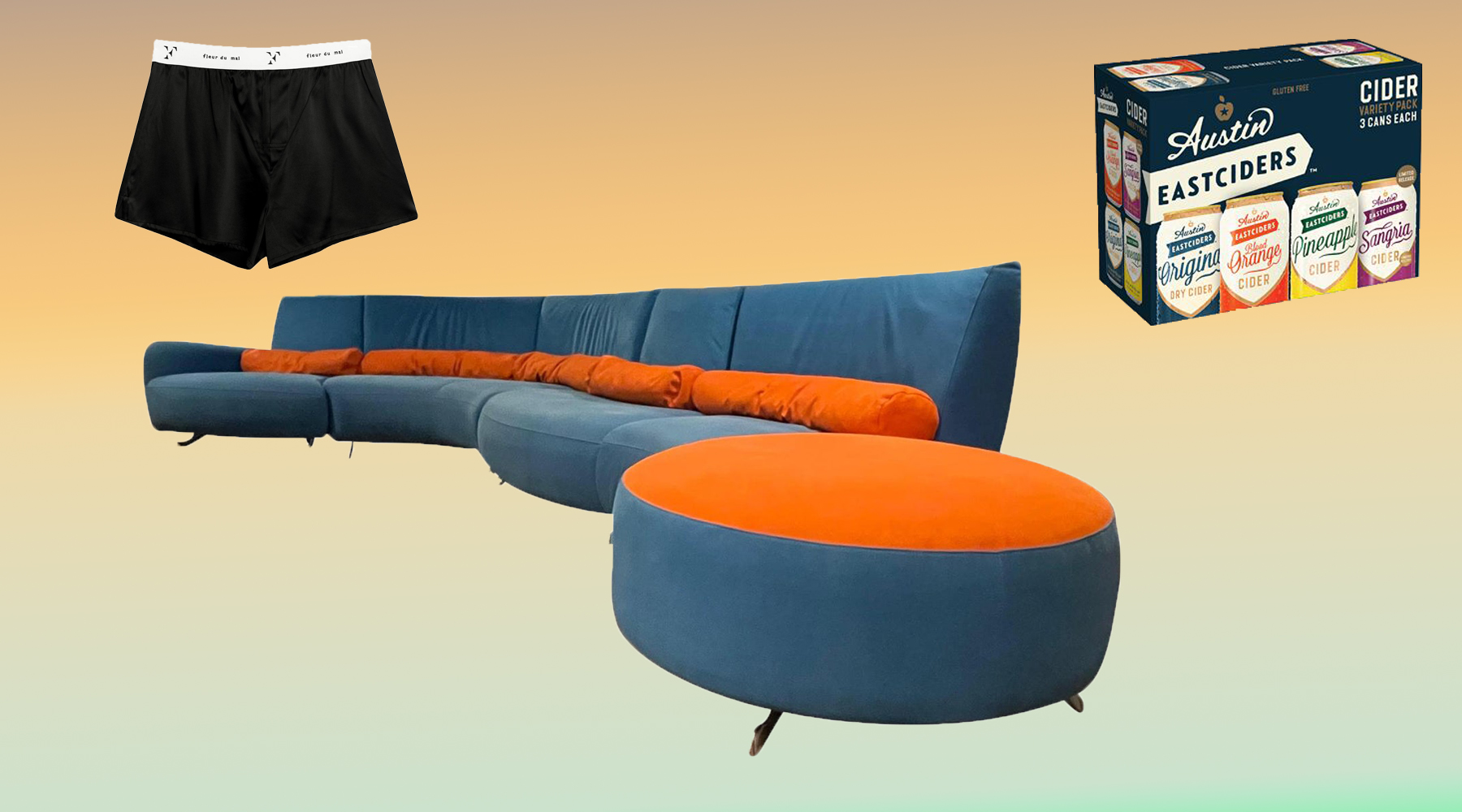 Neither here nor there, yet everywhere at once. This level of Pantsdrunk is unlocked simply by flossing your teeth with the gender binary, and finding a couch that could have been in Spy Kids for sipping a cider medley. 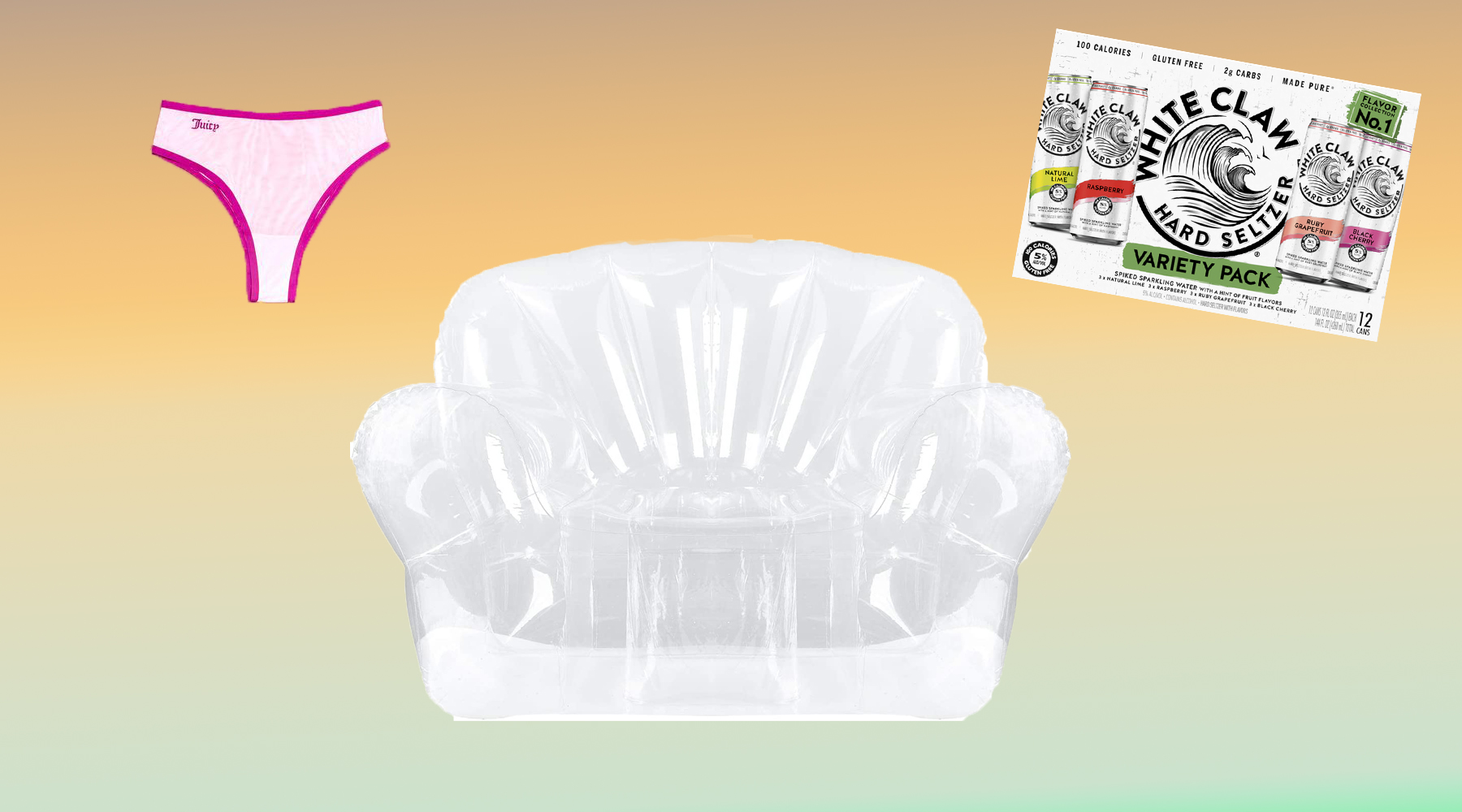 Perhaps you grew up flipping through dELiA*s’s catalogs, shoplifting HitClips, and pretending to be Natalie Imbruglia on the floor—which is all to say, you definitely dreamt of having an inflatable couch and a Juicy Couture tracksuit. Now it’s 2021, and it’s finally age-appropriate for you to sip White Claw in a pair of meshy, high-cut Juicy Pantsdrunk panties while your ass sticks to the plastic of your vibey blow-up couch. Worth it. (Besides, you can just deflate when you’re over it.) 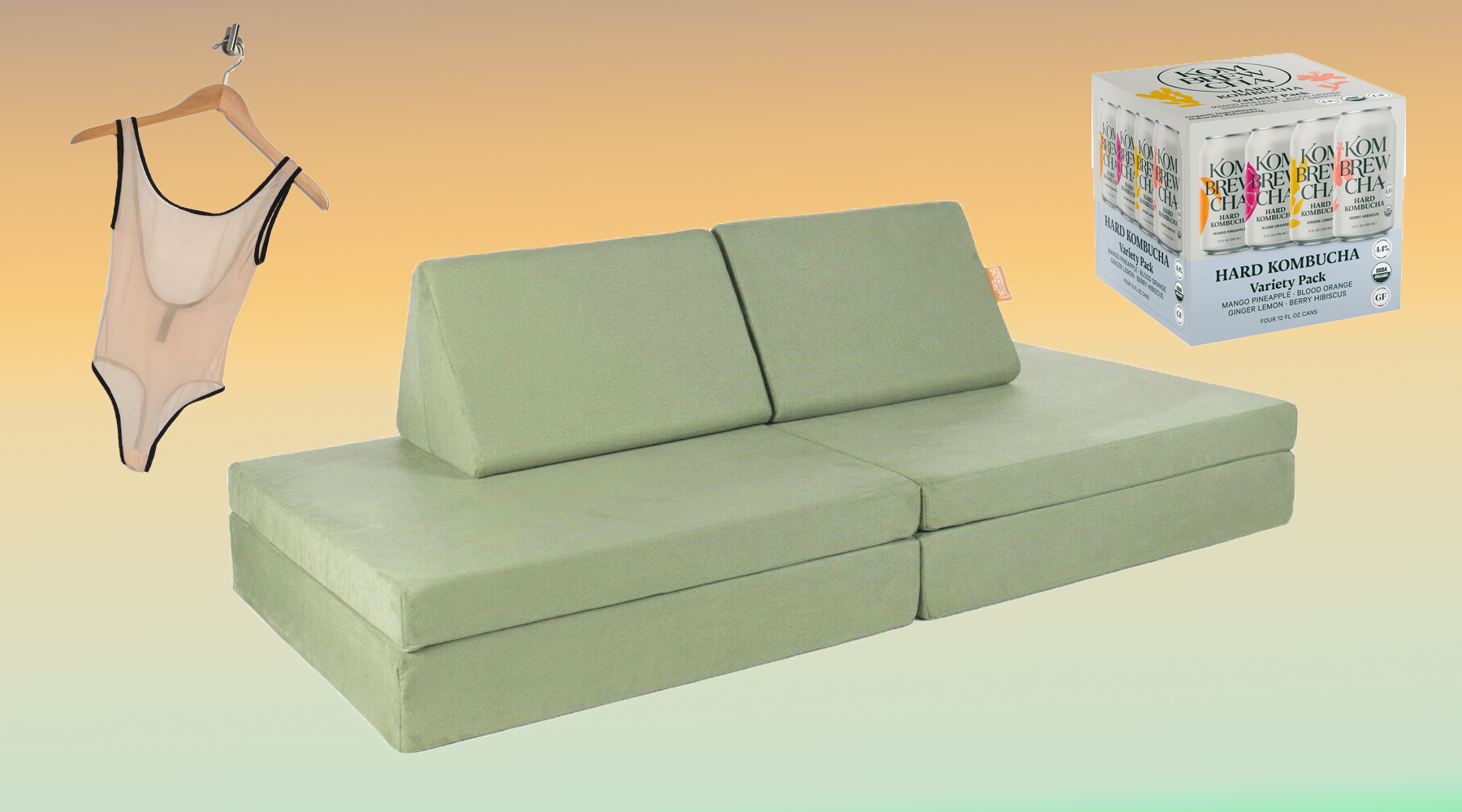 The cult of the Nugget couch, whose OG function was to exist as kid-friendly furniture, has swept the late night Facebook switchboards with tips and tricks about how to do sexual Jenga with its wannabe-Liberator Wedge bits. “The infinitely configurable play couch made up of four foam pieces,” as it's described on the Nugget site, includes “base, cushion, and two triangle pillows.” Which does sound chill, regardless of your intent for those triangles. Note: They’re often sold-out online and kinda pricey per-cube, so scope out sites like eBay for more affordable limited edition sets. Then, throw on your mesh bodysuit and loosen up with some hard kombucha for a night of Pantsdrunk Nuggetry.

The couch: The Nugget Limited Edition Bamboo, $799 at eBay

Same. You also have a variety of second-hand, ankle grazing pleather coats (one for day, one for night, one for general dissociation), and sweep your Tinder dates off their Buffalo-clad feet with Darren Aronofsky’s Pi, a bottle of Slivovitz (IYKYK) and, in a plot twist, some Stüssy socks.

There you have it, sweet hermits. May the elastic of your Hanes be ever-expanding, and your Pantsdrunk goblet overfloweth. We’ll run into you again during your hangover, right by the best non-alcoholic booze section.

If you're feeling philanthropic after a few drinks, Finnish drink company The Long Drink is running a Pantsdrunk campaign through the end of February. All you have to do is snap a pic of yourself in your Pantsdrunk state, then tag @longdrink with the hashtag #pantsdrunk. For every ‘grid’ or ‘static’ social media post, The Long Drink will donate $50 to the James Beard Foundation's Open for Good charity up to $250,000, and they'll donate $20 for every post shared in your Instagram story. Yep, drinking in your underwear can be for a truly good cause.