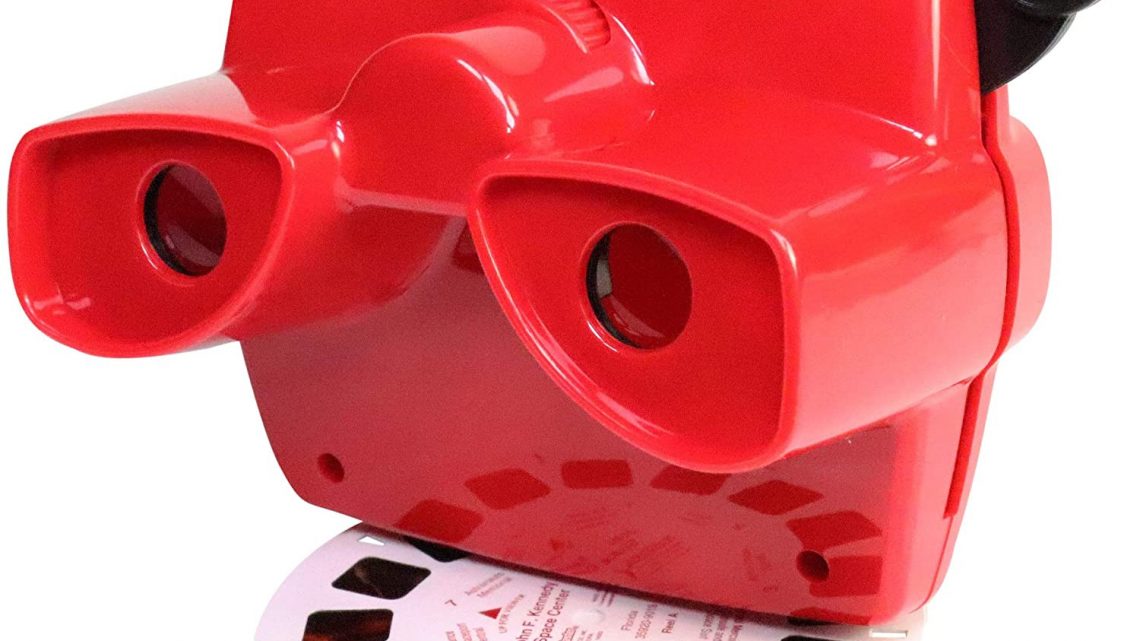 There are no characters in the game of Uno, no narrative arc or dramatic tension inherent in a group of people sitting in a circle, placing cards in a pile one after the other. But Hollywood is churning out a movie about the game anyway, according to the Hollywood Reporter. Lil Yachty (?) is going to produce and possibly star in the film, which THR describes as "an action-heist comedy, set in the underground hip-hop world of Atlanta."

It might sound like the product of some studio executive sticking their hand in a fishbowl filled with little scraps of paper inscribed with random proper nouns, pulling out "Uno" and "Lil Yachty," and deciding to just roll with it. But there's a strategy at play here.

There are at least ten films and more than 20 TV shows in the works about various toys and games, from well-known playthings like Barbie to more obscure gizmos, like the View-Master. The reason that's happening, according to the Hollywood Reporter, is that Hasbro and Mattel—the world's two biggest toymakers—are currently battling over the number-one spot in the market. Over the last decade or so, Hasbro gained an edge through working with Hollywood studios to adapt some of its toys, like Transformers and the Ouija Board, into successful film franchises. Now Mattel is scrambling to catch up. In 2018, the company launched a film division, and it's been pushing to make movies out of its IP ever since.

Lil Yachty's Uno movie—being developed by Mattel, which manufactures the game—is the latest foray either toy company has made into filmmaking, but it's somehow not the weirdest. Mattel and Hasbro are cooking up some deeply questionable projects, all of which we've compiled below.

A Barbie Movie, from Mattel

Greta Gerwig is co-writing the movie with Noah Baumbach, and she's apparently "eyeing the director's chair," according to the Hollywood Reporter. Margot Robbie, the closest human equivalent to a Barbie doll, is slated to star. There are no details on the plot, but given Gerwig and Baumbach's track record, it'll probably be… kind of sad? Maybe Barbie and Ken get a divorce, a la Marriage Story, or maybe Barbie navigates the travails of life and love in the Big Shiny City, a la Frances Ha. The possibilities are endless.

A Hot Wheels Movie, from Mattel

There are almost no details on what this thing is going to look like, other than that it'll be live-action—less like Cars and more like Fast and the Furious. If Mattel can get Vin Diesel on board, they'll probably make a billion dollars.

A Dungeons and Dragons Movie, from Hasbro

Your nerdy friend's favorite pastime is getting the Hollywood treatment, and Chris Pine is in talks to star, according to Variety. Jonathan Goldstein and John Francis Daley, who co-wrote Spiderman: Homecoming, are slated to write and direct the project. Unlike most of the films on this list, this one has an actual release date: May 27, 2022. There's also a series based on the board game in the works from Derek Kolstad, the creator and writer behind the John Wick franchise, Variety reports. Trolls, wizards, and grisly murder: gotta be a winner.

A Magic 8-Ball Movie, from Mattel

Blumhouse Productions—the studio behind Get Out, the Purge franchise, Paranormal Activity, and a bunch of other horror movies—partnered with Mattel for this project. Is it going to be spooky? Signs point to yes. Will I go see it? Outlook not so good.

A View-Master Movie, from Mattel

It's difficult to imagine anyone wanting to watch a movie about the View-Master, a toy you've probably forgotten even existed. It's this thing: 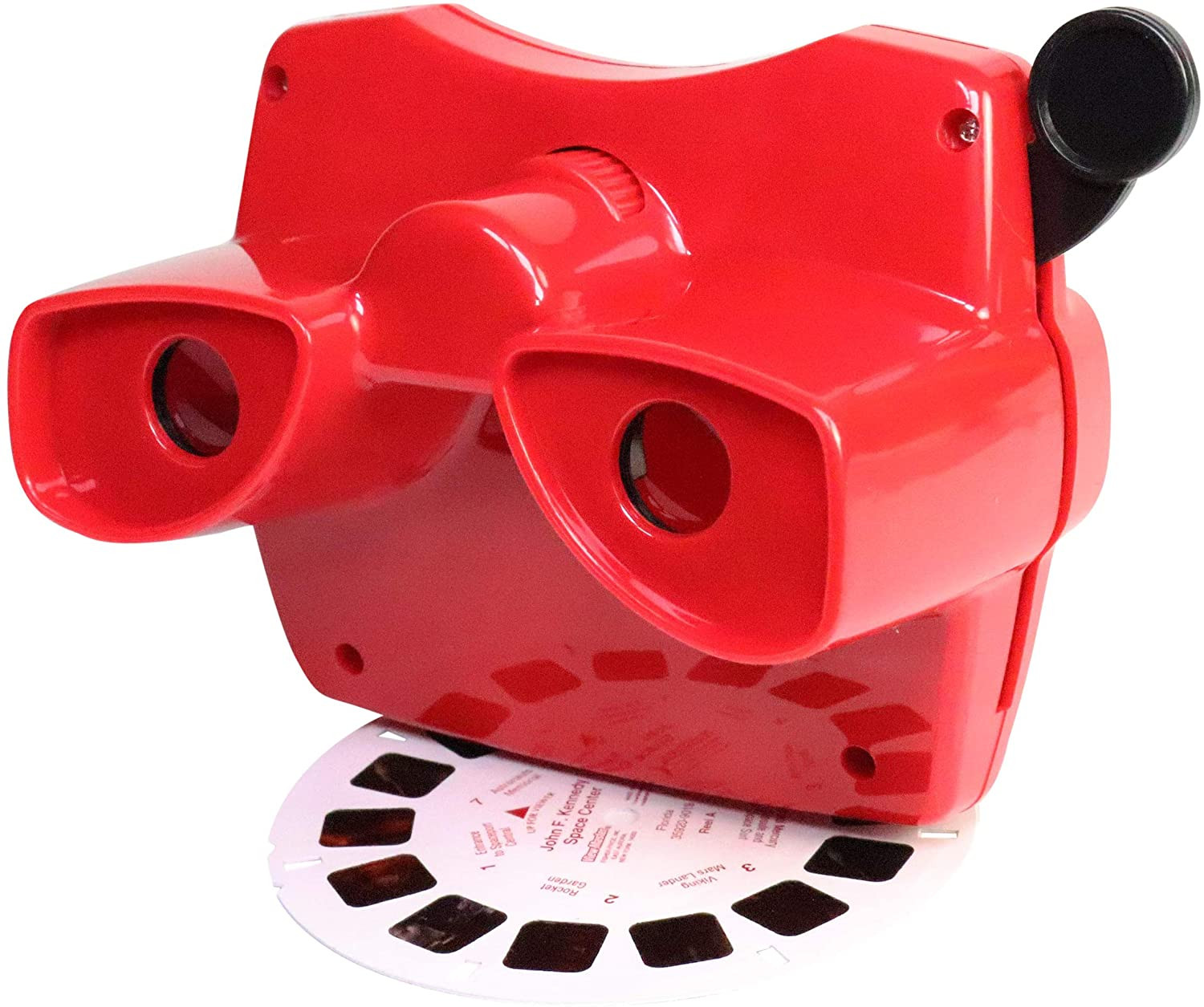 To whichever poor soul is tasked with trying to make a movie out of that: Good luck.

A Monopoly Movie, from Hasbro

Monopoly! Now that might have some legs. You've got a natural villain in the capitalist scumbag that is Mr. Monopoly. Throw in Kevin Hart, who's reportedly set to star in the film, and you're well on your way. You could take this thing in a billion different directions: Maybe Hart plays an up-and-coming real estate tycoon with his eyes on Boardwalk; maybe he's stuck in jail for a while, only to land on free parking and turn his life around. Or maybe he's just the shoe! Anything works, really.

A Beyblades Movie, from Hasbro

Transformers worked, Bionicles kind of worked—why not Beyblades? Sure, they're not anthropomorphic like those other two, but they are a vaguely aggressive plastic toy for boys. There are no details on what this movie will look like—only that it's happening, according to Deadline. These things spin really fast, so expect that to factor in somehow.

Here's something new: A movie about a toy that isn't made by Hasbro or Mattel, but Spin Master, the company behind Etch-a-Sketch, Tech Deck, and whatever "Air Hogs" are. They're adapting the Rubik's Cube into both a movie and a game show, Variety reports, operating under the questionable assumption that there's enough room in our collective consciousness for both of those things.

There have already been a shocking number of American Girl movies made—Samantha: An American Girl Holiday (2004); Felicity: An American Girl Adventure (2005); Molly: An American Girl on the Home Front (2006); Kit Kittredge: An American Girl (2008); An American Girl: Chrissa Stands Strong (2009); McKenna Shoots for the Stars (2012); Saige Paints the Sky (2013); Isabelle Dances Into the Spotlight (2014); An American Girl: Grace Stirs Up Success (2015); and Lea To The Rescue (2016)—but apparently that is not enough. There's yet another one in the works from MGM, according to the Hollywood Reporter. It's difficult to imagine there's anything left for them to cover, considering they've done this ten times already, but who knows! They should be able to come up with something that, at an absolute minimum, is better than whatever the View-Master guy has going on.

A Nation’s Cyberspace Must Also be Defended