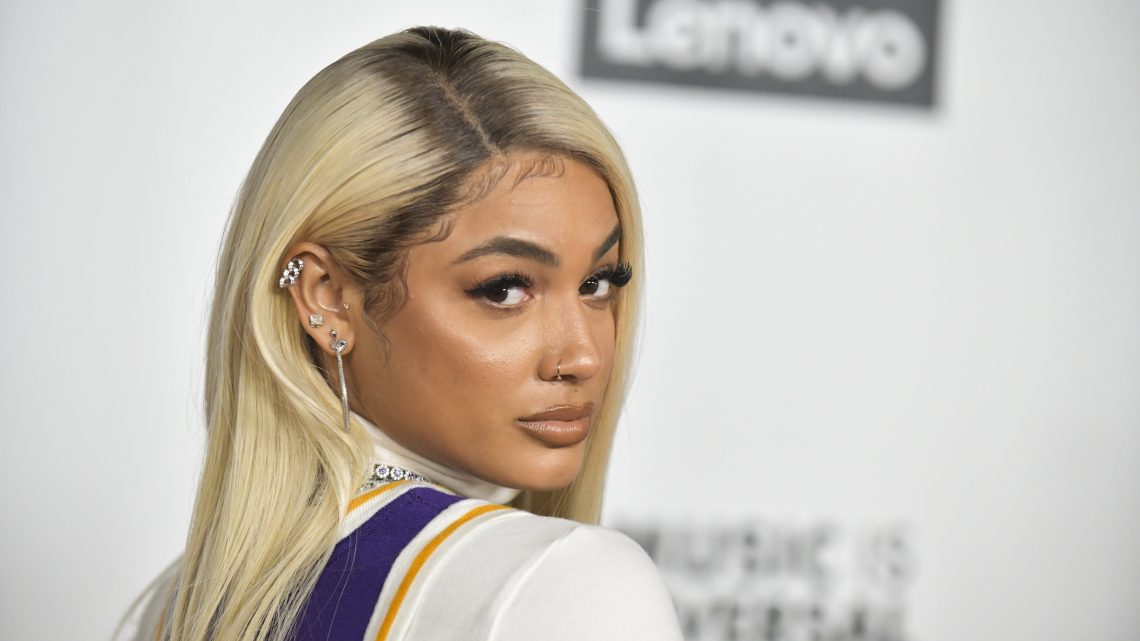 Is Hip-Hop Ready to Address Its Colorism Problem?

Yesterday's News tries to make sense of the most controversial music news stories of the week.

Colorism is the elephant in the room that the music industry continues to ignore. This week, DaniLeigh faced backlash for her song "Yellow Bone," which she described as a song for light-skinned women. "Yellow bone that's what he want," she sings in a teaser she released on her Instagram.

To no one's surprise, except maybe DaniLeigh's, the snippet didn't go over so well. Fans questioned why the singer, who identifies as Dominican—which often comes with its own very complicated relationship with Blackness—felt that light skinned women needed an anthem to begin with. "Why can't I make a song for my light skinned baddies ??" she asked under the post. "Why y'all think I'm hating on other colors when there are millions of songs speaking on all types.. Why yall so sensitive & take it personal.. gahhhh damn."

Except, there's a lot to take personally. The legacy of being a "yellow bone" isn't rooted in a preference, but instead is the result of decades of color bias placing lighter skin, which is closer to whiteness, as superior to darker complexions. Despite the country's complicated relationship with race, colorism doesn't just exist in America. Its effects can be felt globally, and Latin American countries, like the Dominican Republic, and communities experience the impacts to this day. When confronted on Twitter about her ethnicity she wrote, "I'm Dominican, I'm Spanish.. I'm black, I'm white.. leave me alone." A huge part of the problem with not only DaniLeigh's song, but her response, is that by trying to separate her Dominican identity from Blackness, she is erasing Afro-Latinx who identify as both and fails to understand that difference between race, ethnicity, and nationality. Being Dominican doesn't absolve you from perpetuating anti-Black rhetoric, regardless of your skin color.

We haven't heard "Yellow Bone" in its entirety, but the preview is definitely cringeworthy. "Said he need a lit bitch, so he had to switch, switch," she sing-raps on the song. Considering the song is about a man's preference for lighter women, the implications of these lyrics get even more messy when you realize DaniLeigh is dating DaBaby, whose on-again-off-again North Carolina sweetheart MeMe is brown skinned.

It doesn't take much to deduce how the Black community, and particularly Black women, could find the song offensive. For centuries, light skinned women have been the default because of their proximity to whiteness. Brown paper bags were used as a litmus test to hinder social mobility, barring Black people with darker skin from institutions and organizations because of their complexion. This history is well-documented and with the world still reeling from the effects of white supremacy, like an insurrection and police brutality, how does a song as tone deaf "Yellow Bone" even get created in 2021? That decision doesn't just fall on DaniLeigh, but on everyone who approved the song.

In the days following the backlash, she continued to speak out against the outrage, saying that "only God could 'cancel' her" and "I'm sorry if I offended u." It felt like an empty apology, and her official statement, released in a video on Instagram, didn't do much to change that. "I think people twisted it into thinking that I'm trying to bash another woman, another skin tone like, that was never my intention," she said in the video. DaniLeigh is the only one who can truly say what her intentions were, but her confusion as to why "Yellow Bone" made people upset is jarring.

"I see brown skin women flaunt their skin tone all the time in music," she continued in the video. "Why can't I talk about mine?" I'm not a colorist. I'm not a racist. I date a whole chocolate man. I have beautiful dark skinned friends. Skin isn't something that I even see. It's not something that I look at."

One thing DaniLeigh got right is that there is music that celebrates brown skin, but that's largely in response to the decades where being light was synonymous with desirability. By falling into the same trope, "Yellow Bone" does not function like Beyoncé's "Brown Skin Girl." DaniLeigh used her song as an opportunity to say a man is choosing her because that's what he prefers. Beyoncé used her position as a lighter skinned woman to spread "Brown Skin Girl" to champion women with darker complexions. The world "seeing skin" is what affords people different opportunities, whether in terms of access or visibility, and to be blind to that is to choose ignorance.

Kristin Corry is a Senior Staff Writer for VICE.

What’s Actually Going On With This Subway Tuna Situation?