Archeologists have discovered the world’s oldest cave art in Indonesia: a painting of a wild pig that scientists think was drawn 45,500 years ago.

The reddish life-sized painting of the short-legged pig was found on the walls of a cave on the Indonesian island of Sulawesi. The hefty animal appears to be interacting or fighting with two smaller pigs. There are also two handprints.

“This is the oldest known dated, evidenced—currently—of a rock art depiction of wildlife,” Adam Brumm, professor of archaeology at Australia’s Griffith University, told VICE World News. “But it can be superseded by an earlier claim either in this part of the world or somewhere else in the not so distant future.” 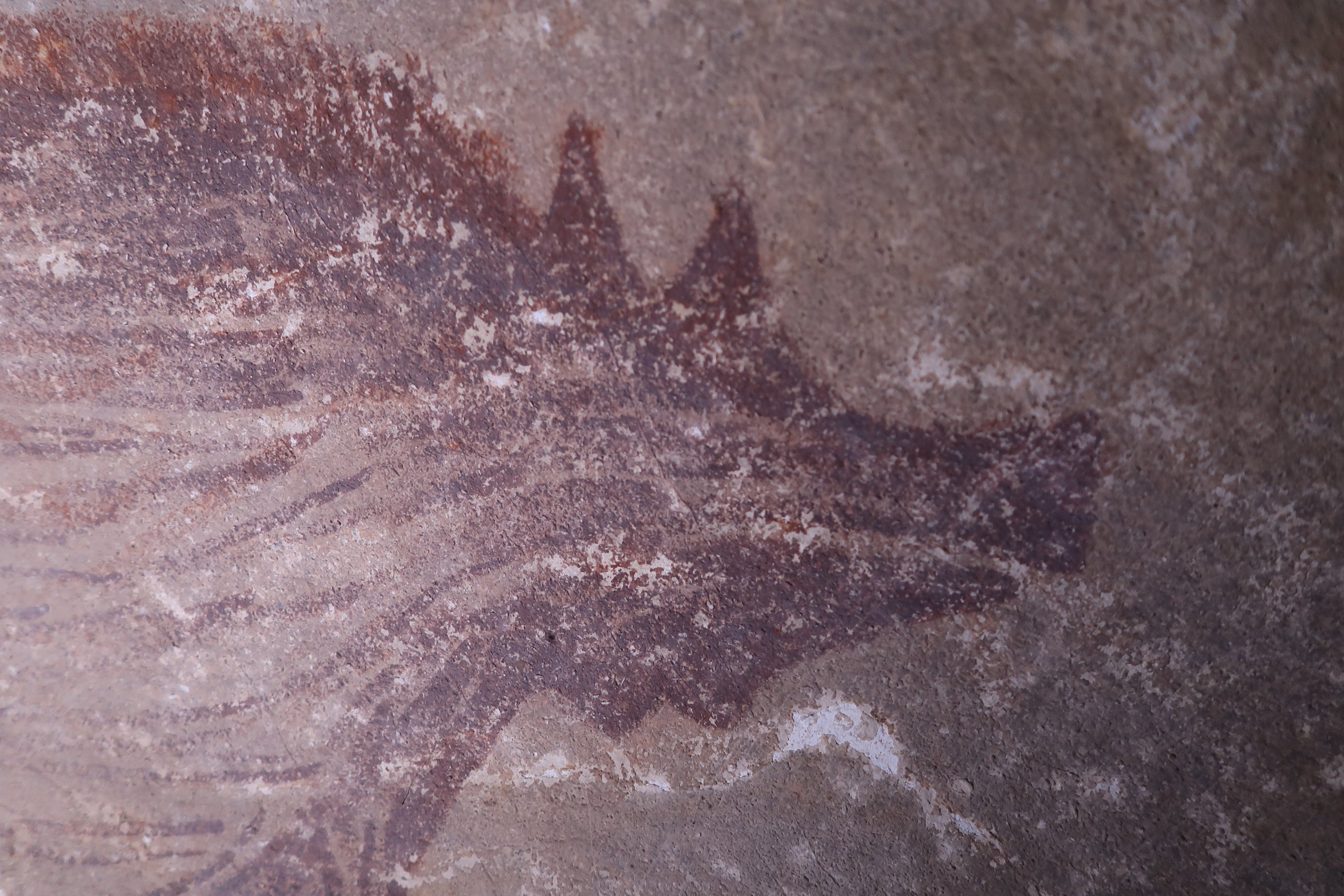 A closer look at the head of the pig. PHOTO COURTESY OF AA OKTAVIANA

Brumm is the co-author on a report released this week in the journal Science Advances that describes the find and the techniques used by Indonesian and Australian archeologists to date it. The team has been working in the remote valley of Sulawesi, exploring caves and rock formations. The pig paintings were first discovered in 2017. 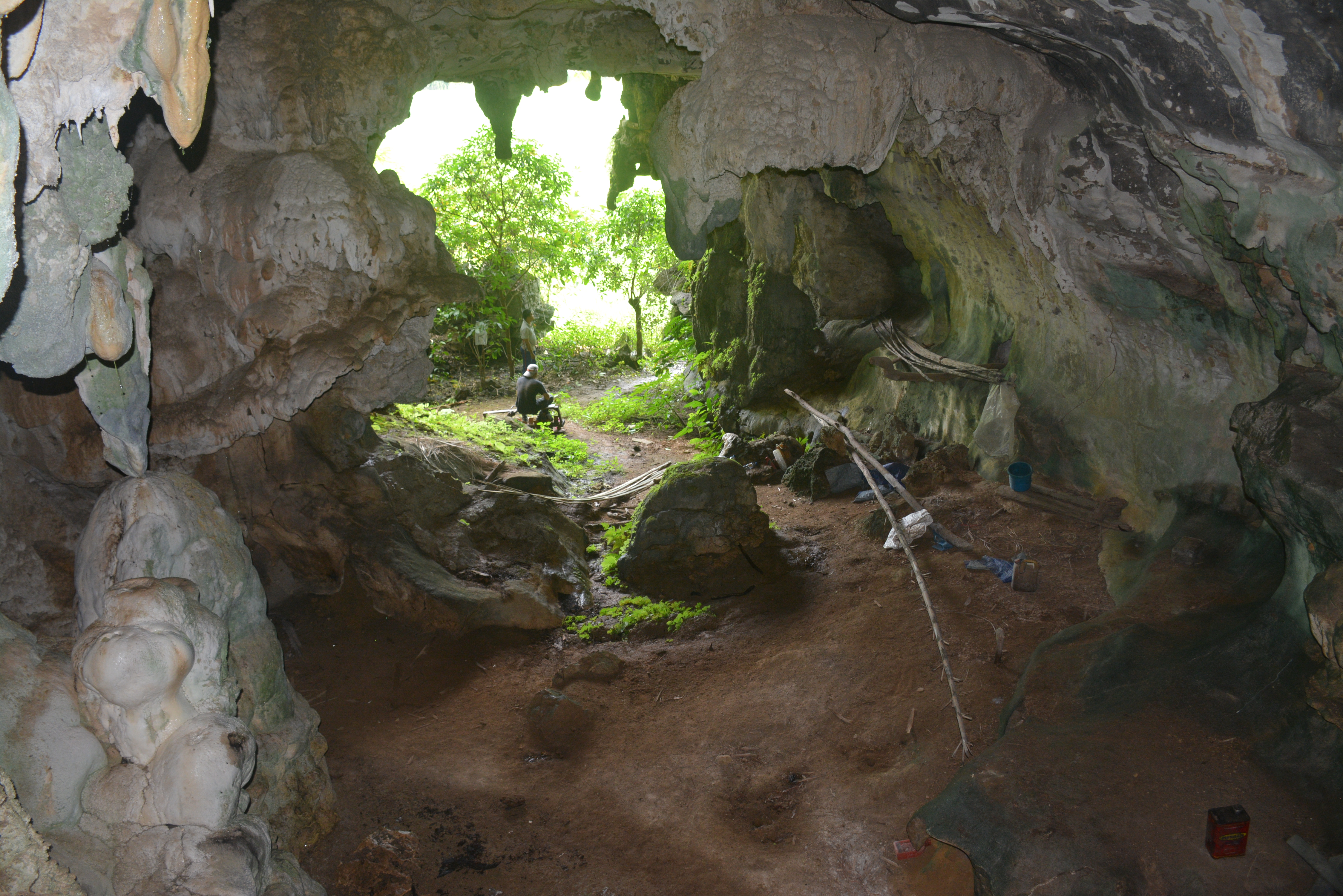 The mouth of Leang Tedongnge cave in Sulawesi, Indonesia where the pig painting was found. PHOTO COURTESY OF AA OKTAVIANA

“We hope to find a much older cave painting when the result is out,” he told VICE World News.

The discovery offers window into the life of ancient people that have lived across region tucked between continental Asia and Australia. Scientists believe a pig species endemic in the area was a major source of food for people who once lived in caves. 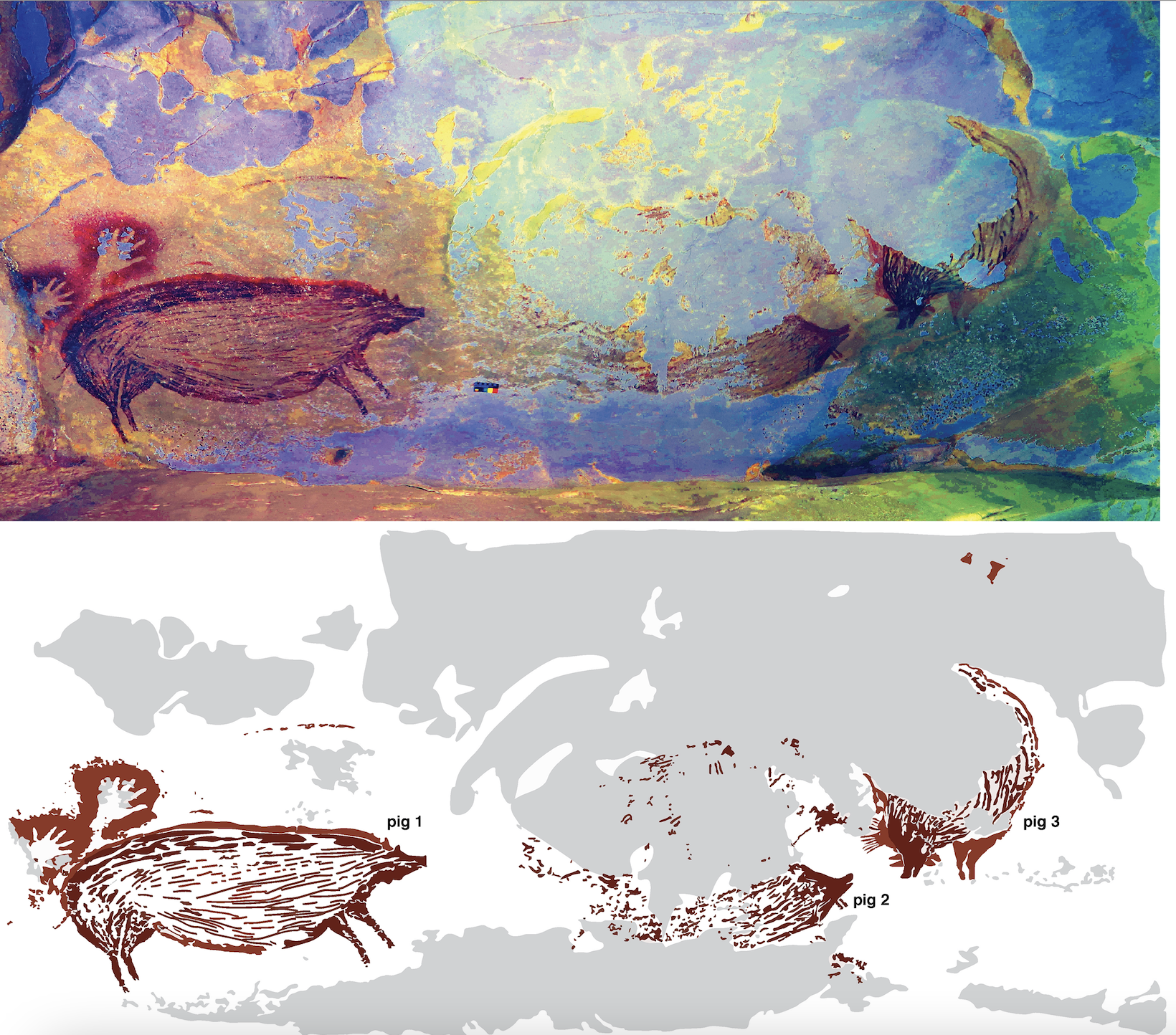 A digital image of the rock art panel. PHOTO COURTESY OF AA OKTAVIANA

Brumm said they have closely worked with local authorities to ensure that the exact location of the rock art will remain a secret, at least for now, due to conservation concerns.

“The site is a very beautiful, essential untouched, pristine environment,” Brumm said. “The local heritage agency is doing what it can to manage a control system that will safeguard the site through time.”